Smartphone maker OnePlus has unveiled its first smart TV – or to be more exact, two TVs. It first announced the project all the way back in 2018 and has been dropping teasers about it ever since, with the frequency increasing as it unveiled its latest product at a product launch in India. We now have a better idea of what the OnePlus TV will offer.

The OnePlus TV will go on sale in India first on September 28th. By the sounds of it, the rest of the world will have to wait to see a OnePlus TV in their living rooms.

OnePlus has said its TV will come to North America, Europe and China “as soon as we establish partnerships with most of local and regional content providers”.

“We want to be sure of every step we take, which is why we wanted to focus on one market at a time,” OnePlus wrote in a blog post.

OnePlus built its success on so-called “flagship-killer” smartphones, which offer high-end specs and features at a significantly lower price. With its TVs, OnePlus has designs on achieving a similar result.

We know the price for the TVs in Indian Rupees, so a conversion to Pound Sterling is likely not an accurate reflection of what it will eventually cost in the UK market.

The OnePlus TV Q1 will sell for ₹69,900, which is just under £800. The OnePlus TV Q1 Pro retails for ₹99,900, which would translate to £1100 or so. That’s perhaps not as aggressive we would have expected, but compared to flagship TVs from the major brands, it’s a lot less.

That price puts the OnePlus Q1 above Panasonic’s mid-range GX800 LED, and around Samsung’s entry-level Q60R range. It’s not the cheapest QLED that we’ve seen in the UK though. The Cello C55SFS4K QLED TV can be found for around £500 if you look around.

OnePlus’ flagship offering, the Q1 Pro, hits a similar price to Samsung’s Q70R, which is fourth down the rung of Samsung’s QLED range.

The OnePlus TVs will come in one size – 55-inch. Ahead of the event, there were leaks of different sizes – from 43-to 75-inches – but so far only the 55-inch has been unveiled.

Both will carry a near bezel-less QLED screen, while the Q1 Pro has a sliding soundbar with eight speakers tucked inside. 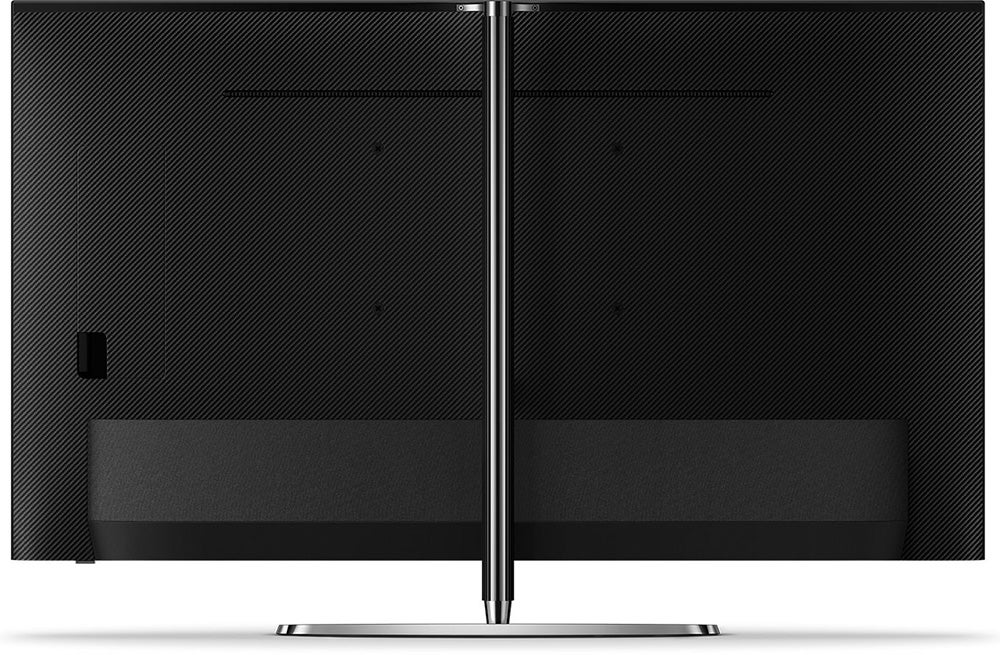 The circular stand, or dock as OnePlus refers to it, is intended to give the impression of the TV floating in the air. Connections appear to be housed in a recessed section on the back, with both sets featuring 4 x HDMI ports (with HDMI 2 supporting eARC). Other connections include a composite, Optical out, 3 x USB (1 x USB-C) and Ethernet.

Which operating system is the OnePlus using? Similar to their smartphones, it’s Android TV in tandem with Oxygen OS. Google Assistant is factored in, while the sets ‘Work with Alexa’, so you can use that voice assistant via an Echo speaker.

That brings with it OnePlus Connect, a means of controlling the TV’s interface through a OnePlus smartphone. Using the interface and scrolling through apps on the phone appeared swift and smooth. Scrolling through titles did seem drawn out, but the TypeSync feature allows for the use of Google Keyboard for quick searching.

The Smart Volume Control feature turns the volume down on the TV during phone calls. Quick App Switch means you can switch between apps on the phone instead of scrolling on a TV screen.

As is becoming common with smart TVs, the OnePlus will ship with “colour rich” wallpapers as well as a screen that’ll detail weather updates.

In an August blog post, Pete Lau wrote that the OnePlus TV will “offer our users Android TV updates for at least 3 years”, and that Android TV is the platform of choice because it “can interact and seamlessly connect with your Android phone”. OxygenPlay will function as OnePlus’ own Google Play Store, acting as a one-stop shop for entertainment.

The remote for the OnePlus TV is minimalist in terms of form, and features a dedicated Google Assistant button and an Amazon Prime Video button. There’s also has a touch-sensitive pad with a centre button for navigation, while there’s a menu button, back and home buttons, along with a OnePlus key.

Brace yourself for a deluge of buzzwords. We’ll hold your hand as we guide you through what they mean.

The OnePlus TV has what the Chinese brand has termed as Super Resolution. If we’re being honest, we have no idea what it means. We assume it has a 3840 x 2160 resolution like every other 4K TV. 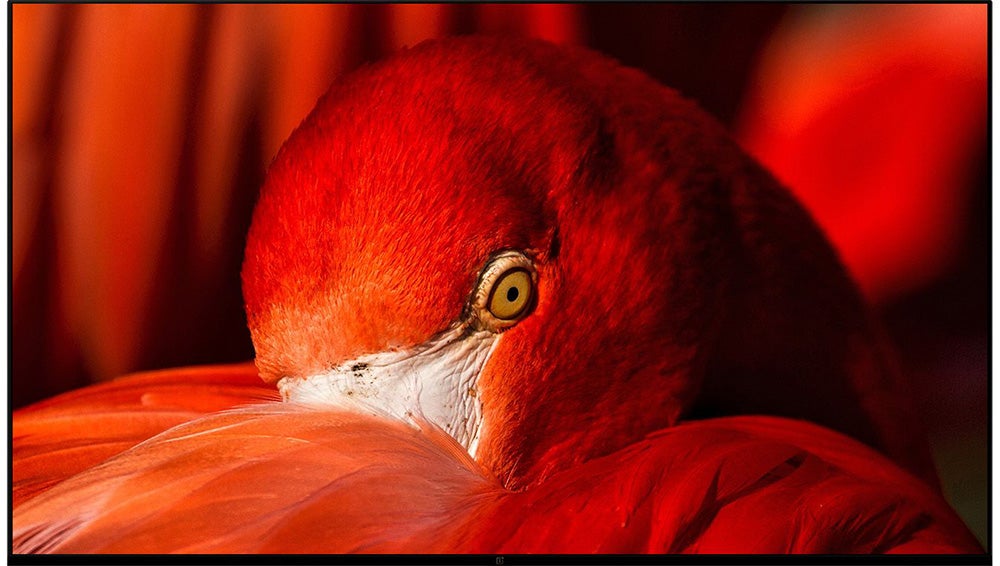 We assume the Contrast Enhancement will work as Contrast Enhancer does on Samsung’s QLED TVs, where the onboard software accentuates the difference between the brightest and darkest parts of image for a more eye-popping image. OnePlus were bigging up Dolby Vision HDR during the event, but seemed to miss out that the One Plus Q1/Pro support HDR10+, too.

Powering the show is a Gamma Color Magic processor. This chip enables wider colour gamut (WCG) for, as OnePlus claims is “best-in-class” image quality on its customised QLED panel. In what way the QLED panel is customised, OnePlus did not elaborate on.

Noise reduction reduces picture artifacts on non-4K sources. Colour Enhancement and Colour Brightening are two features we’d guess have to do with converting SDR images into HDR. Or it could just be boosting colour volume or brightness.

Then there’s MEMC – Motion Estimate Motion Compensation – which has the word ‘motion’ in it one too many times. This seems to us to be OnePlus’ version of motion control (Auto Motion on Samsung, Motionflow XR on Sony etc), where algorithms can adjust the image for smoothness and clarity during fast-moving scenes. De-contour will remove any hints of banding (solid strips of colour) from the image.

Many people find that their flatscreen TV’s don’t have the sonic capabilities that older, bigger TVs use to. So to circumvent this issue, TV manufacturers have started adding integrated soundbars to their TVs. The OnePlus Q1 Pro opts for an integrated soundbar, while the standard Q1 omits it.

The Q1 Pro’ 50W 2.1 ch soundbar slides out from the bottom to maintain its slim profile, although to be honest, we’d have preferred if it just stayed out instead of sliding out everytime the TV is turned on/off.

Inside are eight speakers – six of them forward facing drivers and two back facing units – made up of four full range drivers, two tweeters and two woofers. The standard Q1 only has four speaker units.

Both TVs support Dolby Atmos, Dolby Digital Plus and DTS-HD audio formats, which covers the bases.