Huawei’s new P30 Pro and P30 are available to buy after being recently unveiled in Paris. Here’s how the two phones compare.

The Huawei P30 and the Huawei P30 Pro may be siblings, but take a gander through the stacked feature lists and you’ll notice plenty of differences.

Unlike Apple and Samsung, both of which like to keep features fairly consistent when it comes to flagship devices, Huawei has a clear high-end model that it sees as the main device, and a secondary one that shares some of its DNA but also lacks in certain areas.

So let’s compare the P30 and P30 Pro, and see where the difference lie.

It’s the P30 Pro you’ll want to splurge out on if you really care about endurance. Well, at least it seems that way from the specs. In the Pro model you’ll find a 4200mAh cell, with the regular P30 packing a 3650mAh battery.

Even though the larger display on the Pro will eat through more juice, it should still keep you going longer. 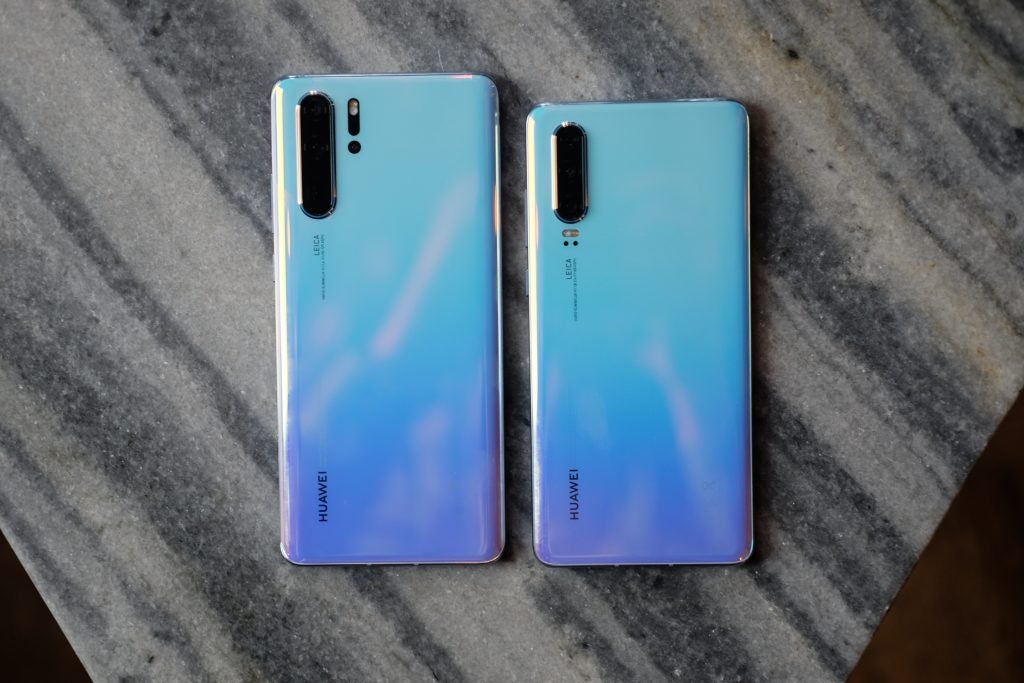 The Pro also benefits from other battery-related improvements. There’s 40w wired charging for one, which should take you from 0-70% in roughly 30 minutes. The regular has wired charging capped at 22w – that’s still fast, just not as fast.

You’ll also get Qi wireless charging on the Pro model, along with the reversible wireless charging functionality Huawei introduced with the Mate 20 Pro. This means you can charge other Qi-enabled products – Samsung’s Galaxy Buds for example, or even an iPhone XS – by just placing them on the P30 Pro’s glass back.

Even though the camera specs of the P30 are mouthwatering on paper, it’s of course the Pro model that goes one step further.

The first thing to note is that both phones have three ‘main’ cameras on the back, with the Pro adding an extra ToF (time-of-flight) 3D sensor to give slicker cutouts in portrait mode. The main sensor on both handsets is a 40-megapixel sensor, however the Pro has a wider aperture lens at f/1.6 as opposed to f/1.8, meaning lower light shots should be better.

Likely the bigger difference is the addition of OIS (optical image stabilisation) on the Pro, a feature that is missing from the regular P30.

There’s a 16-megapixel f/2.2 ultrawide camera on the P30 and a 20-megapixel version on the Pro, so your wide landscape shots should look slightly crisper on the latter too.

Both pack an 8-megapixel telephoto sensor, but once again it’s the Pro model that has the upper-hand. Thanks to a clever periscope system inside the camera, the P30 Pro has the ability to optically zoom 5x and all the way up to 10x with what Huawei calls Hybrid Zoom. This brings in data from all the cameras and uses that to get closer to the subject. The P30 has this feature too, but in its case the optical zoom is limited to 3x and the Hybrid Zoom is limited to 5x.

The biggest design differences between the two version of the P30 come down to the size and the curvature of the OLED displays. 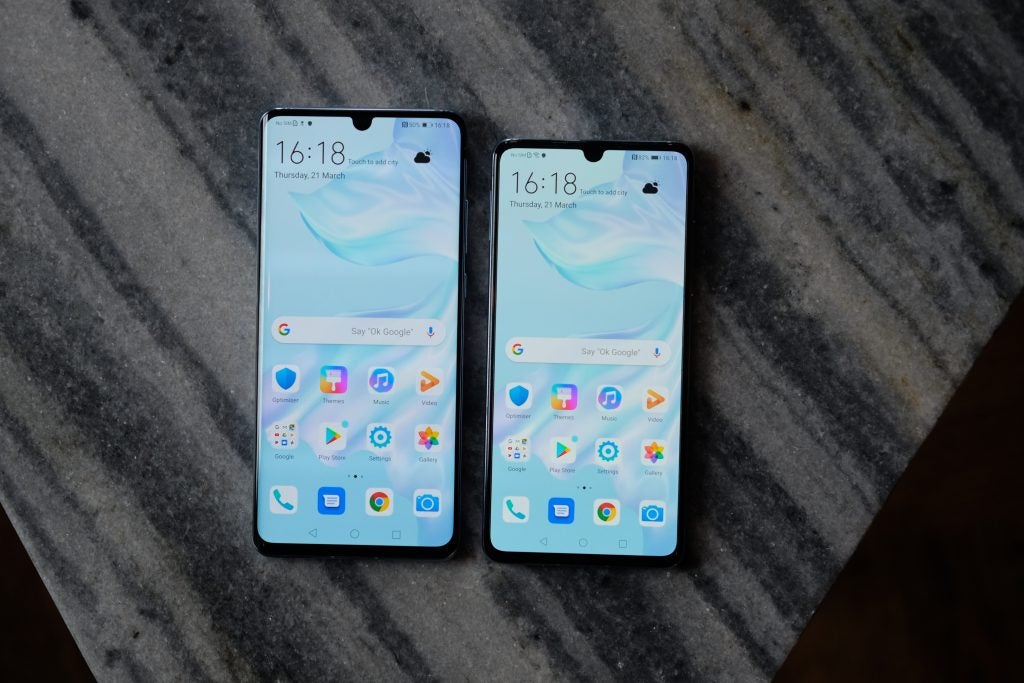 The P30 Pro also uses its OLED display to generate audio (with the help of the bottom speaker), whereas the P30 uses more traditional speakers.

Everything else, though, seems to be the same. Both phones use OLED panels, both support a FHD+ resolution and both should be properly compatible with HDR content from the likes of Netflix and YouTube.

The divide here is a real shame. While the P30 Pro packs an IP68 water resistance rating – that means it can be dunked in water for about 30 minutes – the P30 has a mere IP52 rating.

The difference is huge, as that lower score means the standard P30 can only withstand a lighter spray of water, and has limited protection from dust.

Samsung, as a comparison, ensured all three member of its S10 series boasted the same water resistance rating, and Apple did the same with lower-end (but far from low-end) iPhone XR.

Are you more tempted by the P30 or the P30 Pro? Let us know on Twitter @TrustedReviews.