Call of Duty: Black Ops 4 has proven to be an enjoyable outing for the blockbuster shooter series thanks to three, distinct multiplayer modes. Despite lacking a solo campaign, there’s plenty here for veterans and newcomers alike to enjoy.

That’s especially true for Zombies, which has grown from a humble horde mode into a massive effort spanning three different stages. Having covered IX and Blood of the Dead in our previous guides, it’s time to tips and tricks for the utterly titanic Voyage of Despair.

Trusted Reviews has compiled a handy variety of guides for Black Ops 4’s Voyage of Despair alongside an essential list of tips and tricks to keep you alive against the undead.

Black Ops 4: Voyage of Despair Guide – Where to find the artifact

This important object can be found in the early stages in Voyage of Despair, and to find it you’ll need to head to the Poop Deck. Located on the opposite side of the ship where you spawn, it can be found on a raised platform after climbing some stairs.

If you’re really having trouble, characters will remark on the artifact’s whereabouts in dialogue once it comes into your field of vision. Once collected, it will spawn all of the pedestals you’ll need to activate to acquire the Pack a Punch Machine. Speaking of… 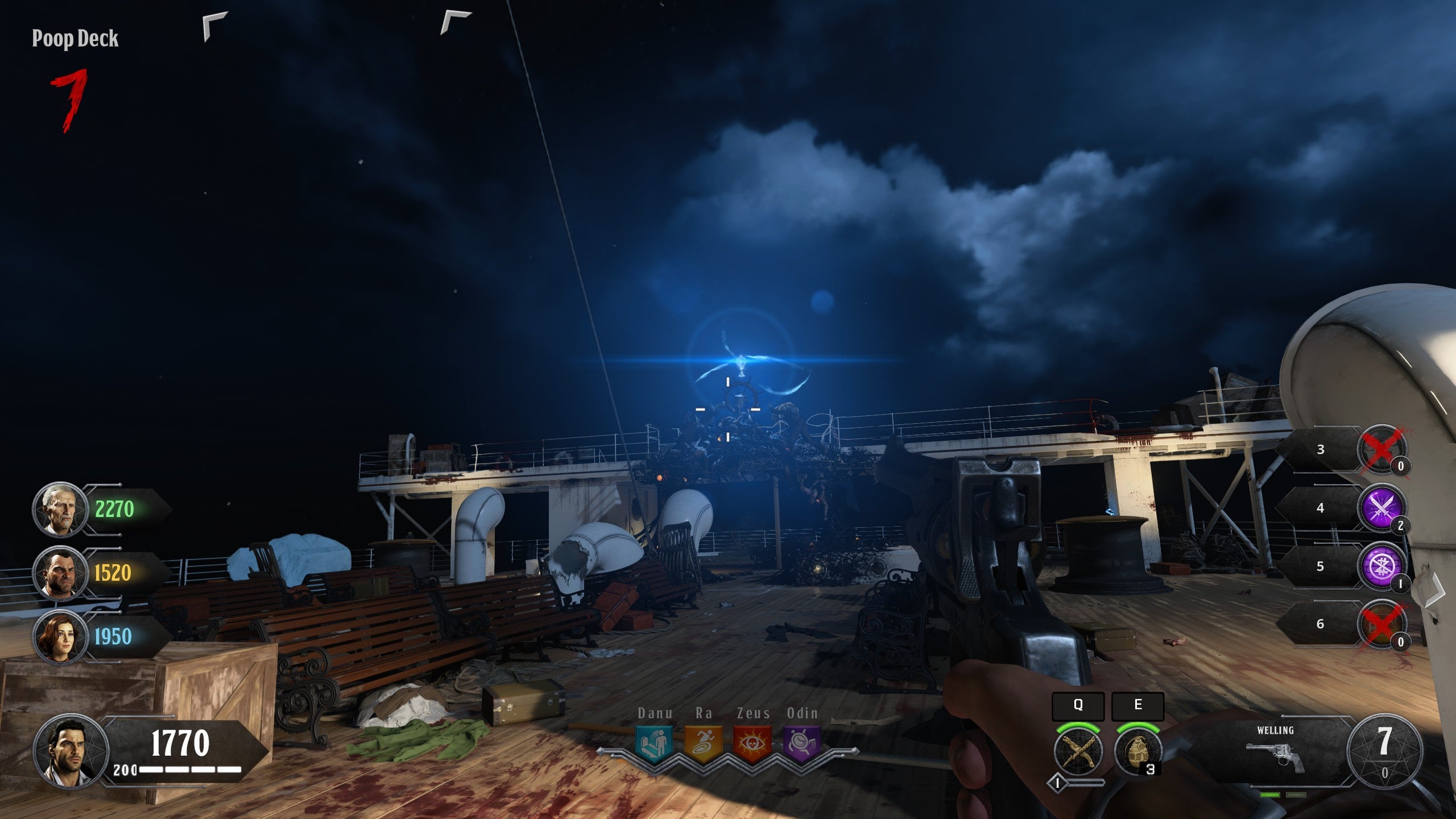 Black Ops 4: Voyage of Despair Guide – How to unlock the Pack a Punch Machine

To activate the Pack a Punch Machine you’ll need to activate four individual symbols which appear as soon as the artifact is found. We’ve listed the locations of all four of them below to make things easier.

First Symbol – The first one can be found on Poop Deck shortly after collecting the artifact. It’s difficult to miss, especially since you’ll need to walk right past it to leave the area.

Second Symbol – This can be found at the Grand Staircase. More specifically, head right to the bottom and it will be right in your sights.

Third Symbol – Make your way to the Cargo Hold and head underwater just past the Mail Rooms, which is behind a door right where you spawn. Venture through the water-ridden room and you’ll find it waiting for you.

Fourth Symbol – The fourth and final pedestal is located in the Turbine Room. For this you’ll need to briefly venture underwater before coming across a large, metallic turbine. 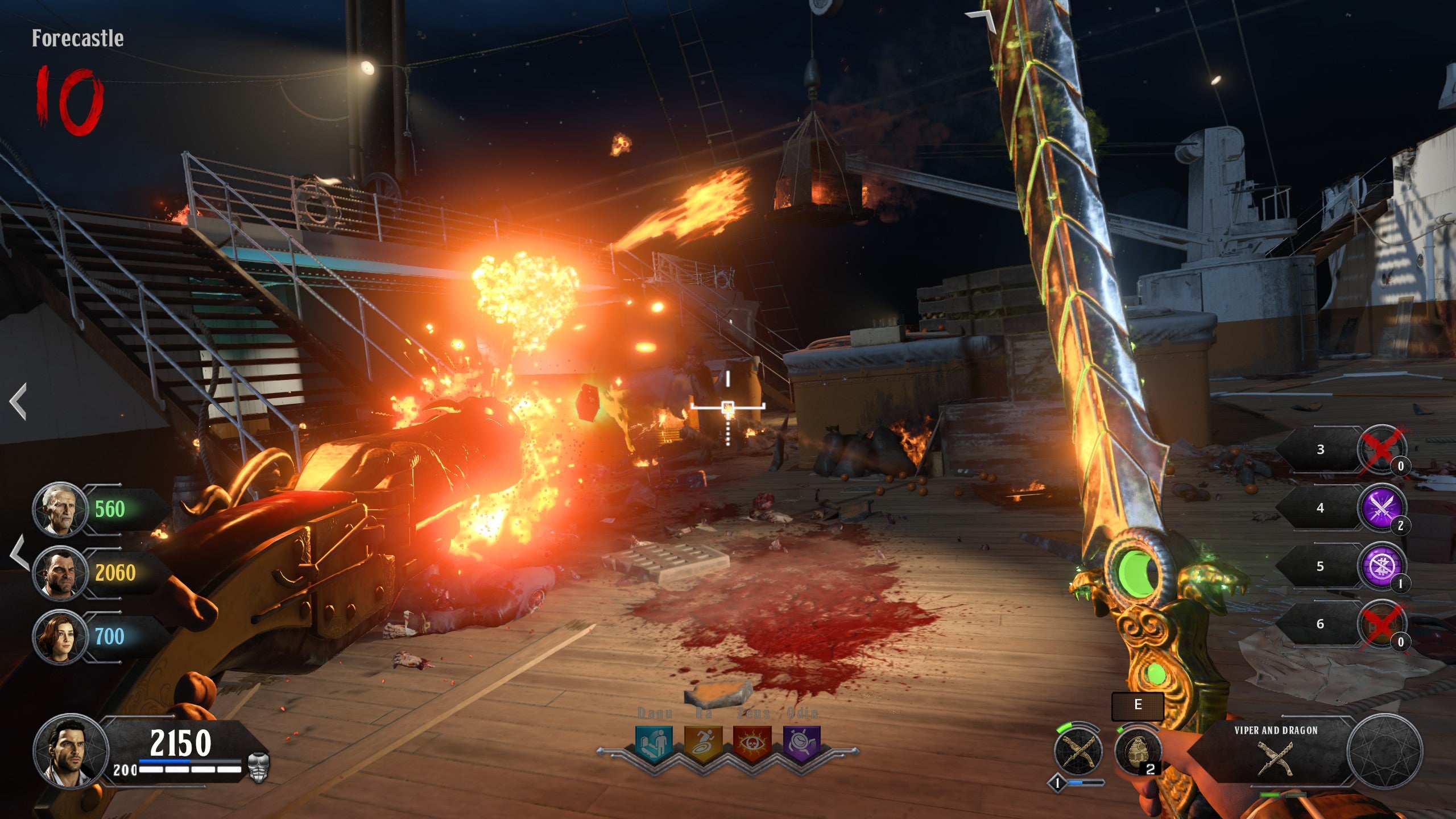 Black Ops 4: Voyage of Despair Guide – How to activate the Pack a Punch Machine

Now all of the pedestals have been activated you will have transformed the Poop Deck where the original artifact was found. Now, you’ll be staring at a ready and waiting Pack a Punch Machine, although you’ll need to surrender 5000 points to upgrade any of your weapons.

Black Ops 4: Voyage of Despair Guide – How to unlock the Kraken Weapon

This particular weapon can be unlocked through the mystery box, but some players won’t want to leave such a supremely powerful tool to chance if they’re hoping to reach the higher rounds in Voyage of Despair. So, we’ve compiled a quick guide below to help you out.

Kraken – Step 1: Once Stoker enemies begin spawning, concentrate fire on their glowing spots until it is defeated. If done right, they’ll drop a key.

Kraken – Step 2: Next up you’ll need to go on a journey across the Titanic in search of four unique chests. Their locations are as follows: Provisions Room, Mail Room, Galley, Turbine Room.

Kraken – Step 3: Upon finding a chest, use the key to open it and begin butchering the undead to fill them with required souls. Just make sure you’re standing close enough!

Kraken – Step 4: The location of the chest will change with each subsequent collection of souls, so keep that in mind and split up your team accordingly.

Kraken – Step 5: Once you’ve done this three times, one of two items will spawn out of the chest. Which is it will determine the spawn location of the Kraken. A compass means the Top Deck, while a Telescope takes you down to the Poop Deck. 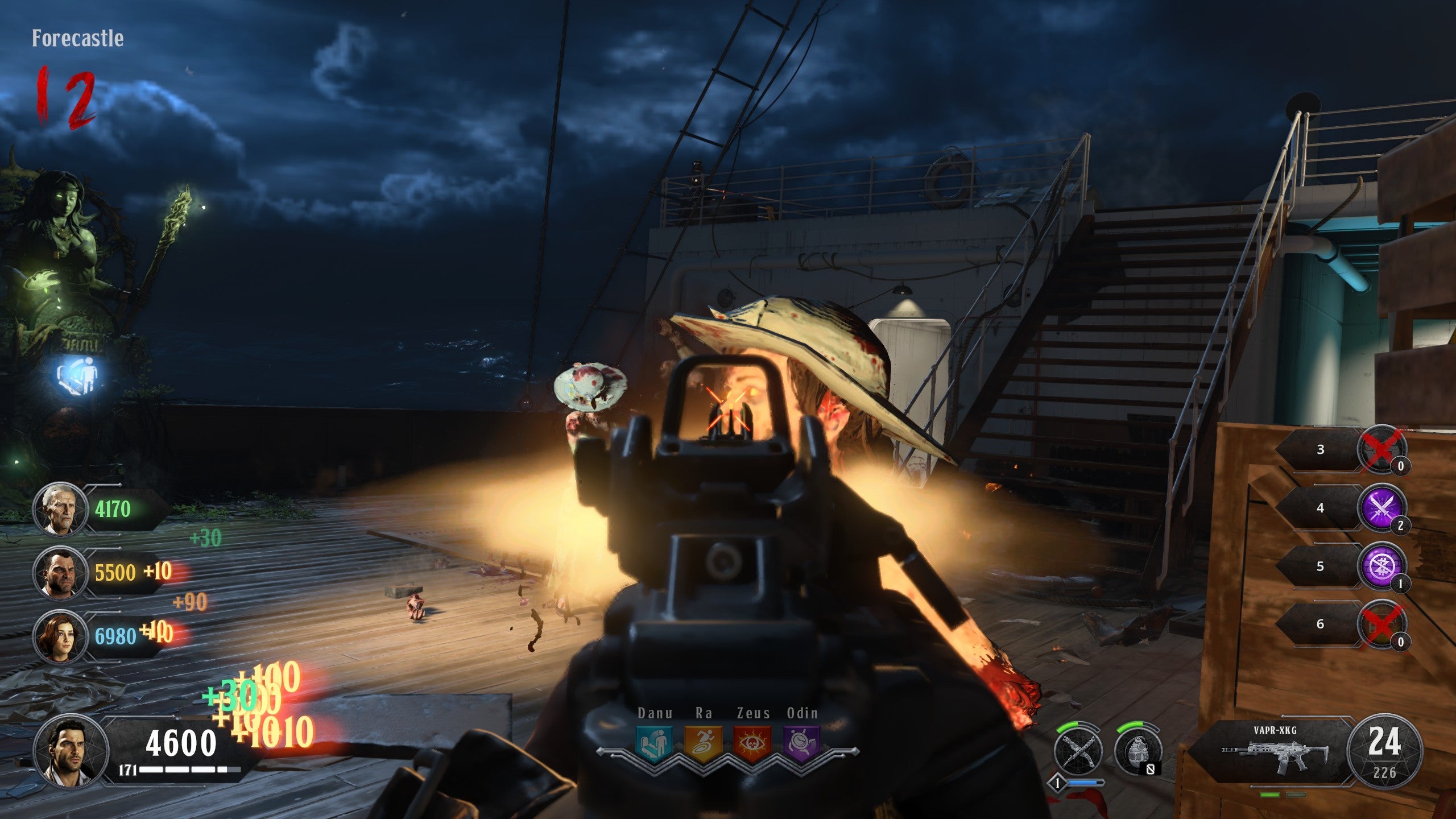 Be wary of tight spaces

The Titanic is a massive ship, but the Voyage of Despair has accurately depicted it as one with an assortment of tight, complicated spaces that zombies will have no problem getting the jump on you inside. So be careful, watch your corners, and perhaps keep a shotgun handy for close encounters.

Opening areas in this map are a maze of winding staircases and labyrinthine corridors each hiding their own secrets. Sadly, these are complimented by threats that can down you in seconds if you’re not careful. Depend on your teammates and don’t venture too far on your own, otherwise you’re toast.

Don’t be ashamed of bots

If you’re playing alone or don’t have any friends jumping on the Zombies bandwagon, the new implementation of bots in Call of Duty: Black Ops 4 is a genuine saving grace. They’re shockingly intelligent, and won’t hesitate to open doors and seek out things you might not even be aware of.

You can determine how many bots you play with if you’re afraid of feeling overpowered or would rather fend for yourself, but they offer a helpful sense of co-operation that, despite the name, doesn’t feel entirely robotic. That, and reaching later rounds on your lonesome isn’t exactly easy.

Much like in Blood of the Dead, once you’ve collected certain items you’ll gain access to a series of teleportation methods locations across the map. These become increasingly invaluable as the zombie hordes grow in size and capabilities. At times you’ll have dozens chasing after you, and teleporters are the get out of jail free cards you’ll need.

Transporting yourself from one end of the map to another in a few short seconds provides you with moments of breathing room you might need to heal yourself or purchase weapons and ammunition. However, the undead are on their way, so don’t think you’re safe for too long.

How far have you gotten in Voyage of Despair? Let us know on Facebook and Twitter @trustedreviews.