Despite abandoning the solo campaign, Call of Duty: Black Ops 4 has still managed to impress with a robust trio of multiplayer modes. Zombies is one of them, boasting three maps to choose from each with their own bespoke locations, characters and mechanics to master.

IX is one of the most extravagant, thrusting you and a group of friends into a gladiatorial arena about to be swarmed by undead hordes. Trapped by a mystical cult, it’s your job to hold off the oncoming swarms and stay alive as long as possible. As you might expect, it can be challenging.

So, Trusted Reviews has compiled a handy guide for IX including information on how to unlock Pack-a-Punch, special weapons and more.

Related: Blood of the Dead Tips and Tricks 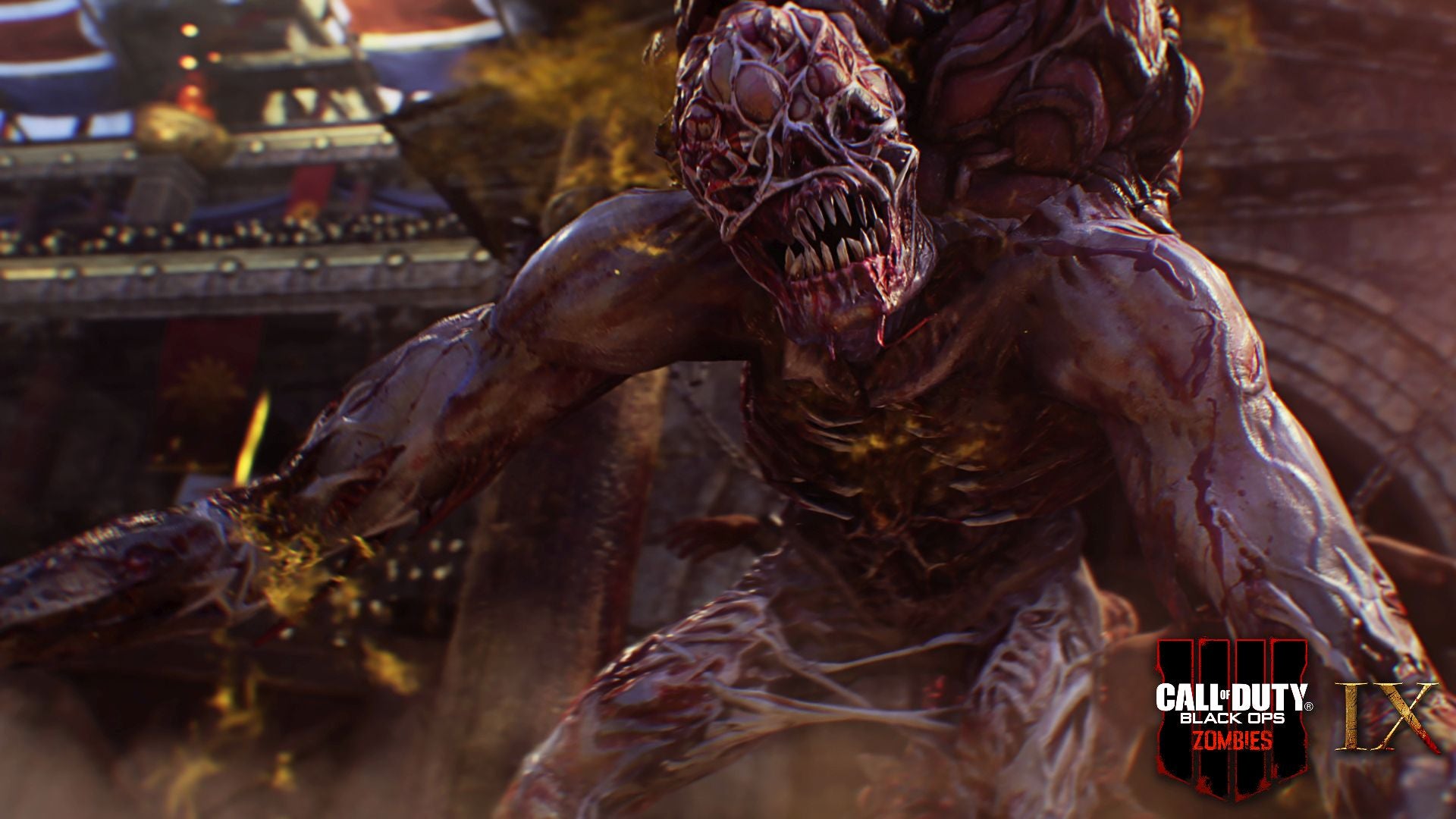 You’ll need to do a lot of grinding and exploration to stand a chance at unlocking the elusive Pack a Punch Machine in IX. Firstly, you’ll want to unlock all sections of the map and some slightly harder to find gongs at the peak of each respective tower. This might cost a few points, so don’t expect to uncover everything until after a few rounds.

Upon the ringing of each gong, a champion will appear for you to defeat. These are difficult enemies who happily soak up hundreds of bullets before biting the dust. After they’re down for the count, head over to the corpse and pick up the item they’ve dropped.

With this item in hand, head over to each champion’s respective section of the map and jam it into their altar. Once this is done for all four of the champions, the Pack a Punch Machine will finally rise out of the ground. Much like other maps, you’ll need to sacrifice 5000 points to imbue weapons with extra power. 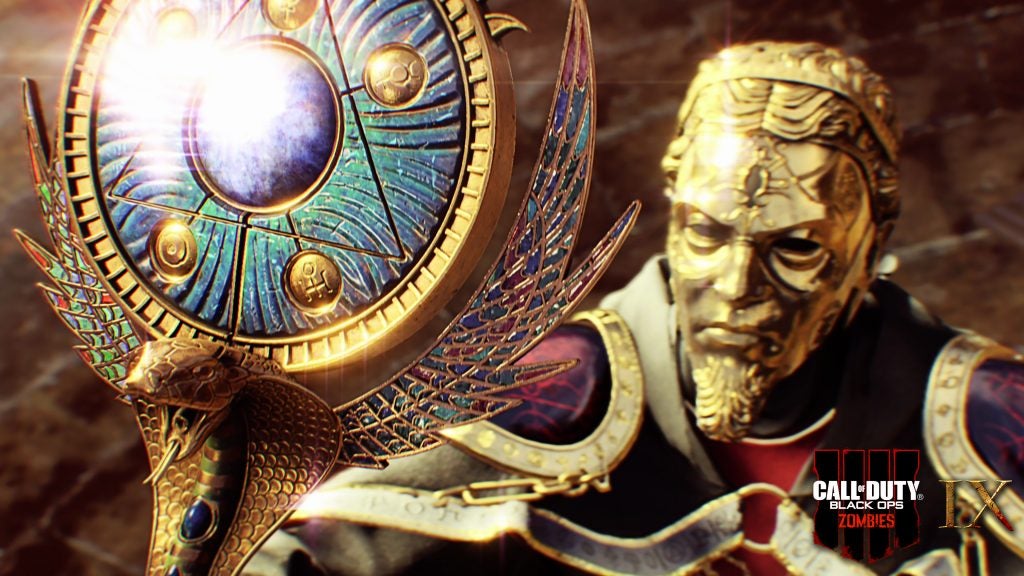 Call of Duty Black Ops 4 IX Guide – Where is the Mystery Box?

The Mystery Box has been an iconic staple of Call of Duty’s Zombies mode since its inception, rewarding players with a random weapon or piece of equipment in exchange for a few points. IX is no exception, containing a mystery box which will change location as you progress.

It always starts off underground in the ominous catacombs.  More specifically, it’s in one of the first underground areas you’ll unlock after abandoning the main arena in the early goings. Head to the upper-right corner and open the gate, slaying undead as you go. After this, keep an eye out for a mystery box near a fractured statue.

In the starting area, all gates around you will be locked and require a generous amount of points to be unlocked. Some won’t need points, instead being opened from the other side or requiring a specific artifact. 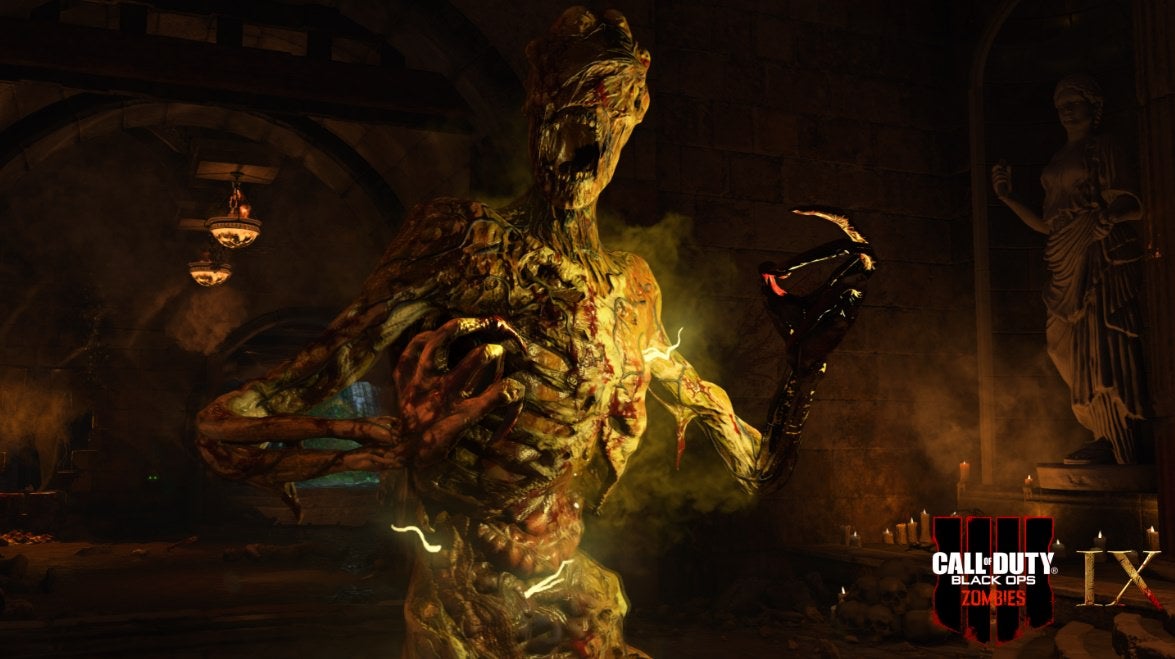 You can build a Zombie Shield in each of the Black Ops 4 zombie mode maps currently in the game. It’s a powerful means of defense and requires quite a few ingredients to construct. We’ve compiled a step-by-step guide for each of them below.

Blade – Step 1: The first piece can be found in the Altar Room. To be more specific, look behind the stairs and on the statue pedestal.

Blade – Step 2: Next up you’ll need to hit up the entrance to Zeus Tower in search of the second piece. You’ll find it at the base of the statue near the Altar Room.

Blade – Step 3: Zeus Tower once again, except this time you’ll be getting a little moist in the bathhouse. Not too wet though, as it’s waiting just by the entrance. Next up is the shield itself, which is also split into three individual parts you can find throughout the map. All three of these are located in the Ra Altar Room which is nice and convenient.

Shield – Step 1: Look around in the corners, it will be waiting for you near one of the pillars.

Shield – Step 2: It’s left of the gong, which is a pretty obvious thing to spot inside the room itself.

Shield – Step 3: This one is right of the aforementioned gong, sitting against the wall.

Finally, you’ll need to venture around the coliseum in search of the Buckler which is, of course, split into three different parts. All of these can be found in the Odin Tower.

Buckler – Step 1: Awaiting you in the entrance, this part can be found hiding nearby a shield-rack in the corner.

Bucker – Step 2: Located in the Tower Cauldron, you’ll find it near some mounted objects on the wall.

Buckler – Step 3: In the Altar Room Glance to the right of the stairs and you’ll see it being stored alongside a couple of spears.

Once all the parts are collected, all you need to do is find a workbench and construct it. After that, it’ll be waiting in your inventory.

IX has a series of challenges that can be dished out to a limited amount of players, resulting in additional experience, equipment and stepping stones to a few delightful easter eggs and legendary weapons.

To activate said challenges you’ll need to cut one of the multiple ropes located at the outer wall of the arena. Once doing so, three tasks will appear on the left-hand side of your HUD. For each one you complete, you’ll be rewarded with something in the central podium.

We’ll be adding more tips and tricks to this guide going forward, so be sure to bookmark this page to stay on top of Zombies in Call of Duty Black Ops 4!