And while most headlines may be focussing on the new iOS 13 phones, the Apple Watch 5 is actually a far more interesting upgrade in many ways.

Like always, Apple’s used the Watch to test out a variety of new wellness features and technologies never before seen on a wearable.

While this is awesome, it can also make it tricky for newbie buyers to know what core upgrades Apple’s made to differentiate its new smartwatch from the old.

Editor’s note: This guide is an early specs and features comparison. We’ll update this page with our real world findings comparing the Apple Watch 5 and Apple Watch 4 when we’ve had the new smartwatch in for review.

Apple Watches are always pretty expensive, even by top end wearable standards, and this remains the case on the Apple Watch 5. The regular aluminium finish Apple Watch 5 is available for pre-order costing £399. If you want to add LTE you’ll have to shell out £499. The pricing goes up astronomically if you want to switch to one of the new ceramic or titanium Apple Watch 5 finishes.

Apple doesn’t officially stock the Apple Watch 4 anymore, if you want to get a cheaper Apple smartwatch from the company store you’ll have to go another generation back and grab an Apple Watch 3. But you can still grab an Apple Watch 4 at some third party retailers. At the time of publishing the aluminium non-LTE Apple Watch 4 was selling for £350 on Amazon. We’re expecting bigger discounts in the near future. 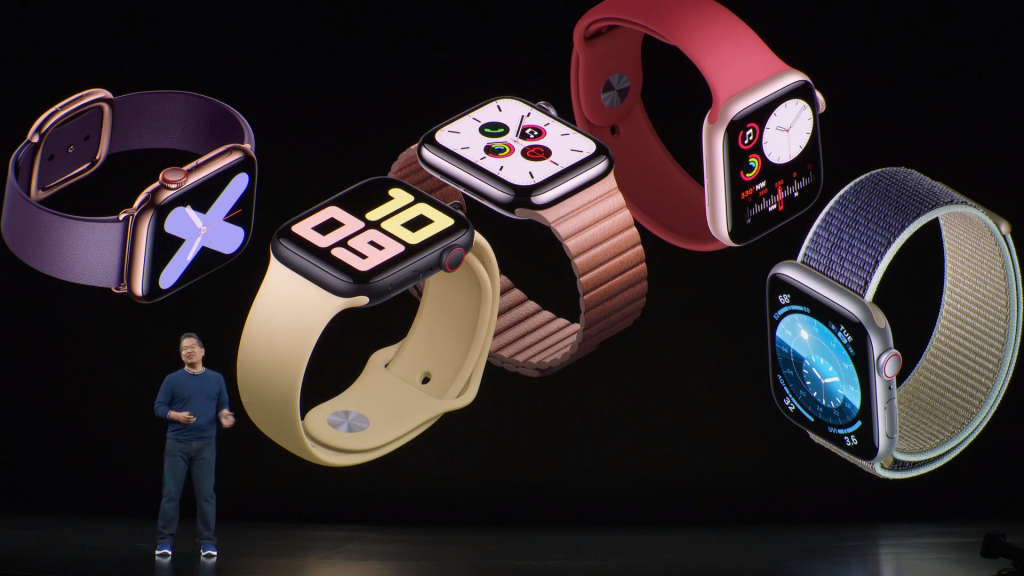 Visually the Apple Watch 5 and Apple Watch 4 are all but identical. Both have the same square screen design and digital crown control system we seen on countless Apple wearables before. The only minor differences stem from the new Apple Watch 5’s ceramic and titanium finish options. The Apple Watch 4 is only available in aluminum and stainless steel finishes by comparison.

Putting the specs tables next to each other you’ll also struggle to see any significant differences.

The only notable changes are the move to a mysterious new S5 CPU and improved 32GB of storage. The improved storage is a welcome change, but gauging the importance of the S5 chip is a little trickier. Apple hasn’t disclosed any technical details about the chip outside of the fact it’s dual-core, 64-bit and “twice as fast” as the S3 CPU seen in the Apple Watch 3. Sound familiar? It should, it’s the same performance claim Apple made about the Apple Watch 4’s S4 chip.

So far so dull? We thought so, but if you take a close look you’ll spot a few key changes that make the Apple Watch 5 an, on paper, more enticing smartwatch, especially if you’re a health conscious user.

The biggest of these are the new always on, variable refresh rate screen. Always on display is a key feature we’ve wanted Apple to add to its wearable for years. It’s fairly common on competing wearables, including Samsung’s spiffy new Galaxy Watch Active 2, that means the screen never fully powers down, making it quick and easy to check incoming messages and the time when your hands are full.

The only downside is that the OLED screen always being on would normally put a pretty big drain on the Apple Watch 5’s battery. To get round this Apple’s made it so the new LTPO screen has a variable refresh rate that can switch between 60-1Hz depending on what the wearable is doing. According to Apple this will let the Apple Watch 5 offer the same 18 hour battery life as the Apple Watch 4. 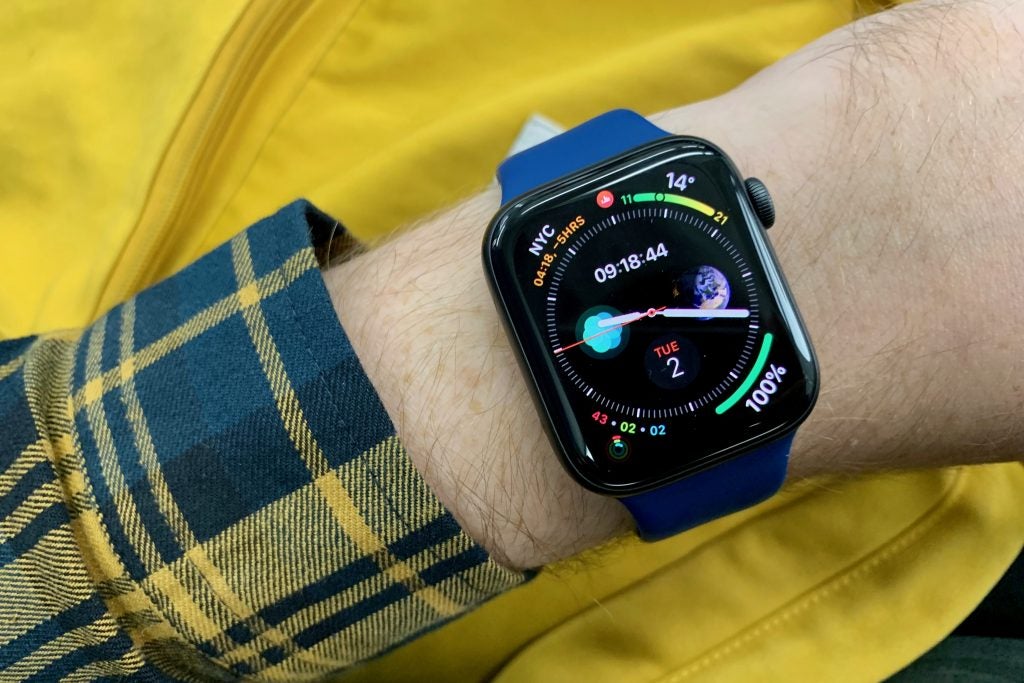 The addition of a compass sensor will also let it offer much better positional data in the Maps app than its predecessor. Specifically, it’ll let the Apple Watch 5 show which direction you’re facing as well as key things like your elevation, latitude and longitude.

A new “emergency calling” feature will also be a big differentiation for wellness buyers. This lets the LTE Apple Watch 5 versions automatically call emergency services if the wearables ECG (electrocardiogram) heart rate monitor or fall detection service sense the wearer is in danger, even when it’s not connected to an iPhone.

Both phones will also get Watch OS 6, which brings cycle tracking, as well as a new noise app that’ll help you monitor how sound is impacting your health. It also brings improved menstrual and fertility tracking services for women.

Without more information about the Apple Watch 5’s specs it looks like a pretty modest upgrade from a design perspective. But under the hood Apple’s made a number of subtle but important upgrades that make it a much more compelling wearable for health and wellness-focused buyers. We’ll be curious to see how much of a difference they make for regular smartwatch users when we get the Apple Watch 5 in for review, however.