Whether you’re looking to build a new PC from scratch or fancy upgrading an existing system, the CPU is one of the most important considerations. But what are the current best CPU options in 2022?

To answer that question, our team of experts have reviewed as many processors as they can get their hands on. This ranges from budget-friendly chips, to monstrously powerful CPUs for those who crave the fastest speeds possible.

In order to test each CPU, we use multiple synthetic benchmarks, as well as in-game tests to see what kind of performance you can expect. We make sure to keep consistent components for our test rig to ensure fair testing when comparing the performance of the desktop processors.

It’s not all about performance speed, as we also make sure to check out compatible features, power efficiency and thermal performance. And of course, the retail price is always taken into consideration when giving a CPU a final score and verdict.

But before you go rushing off to buy one of our recommendations, be warned, we are expecting Intel to unveil new chips in the near future. Specifically, Intel’s expected to launch its 13th Gen Raptor Lake desktop CPUs in mere months.

With that caveat out of the way, scroll down to see our picks of the best CPUs we’ve reviewed that are currently on sale.

Best CPU at a glance:

Learn more about how we test CPUs

We always review multiple CPUs at once to compare data, using consistent components for fair testing where possible.

We use a mix of both synthetic and in-game benchmarks to gauge performance, while also considering additional features and pricing.

We also measure the likes of power consumption and peak temperature under stress to get an idea of performance efficiency. 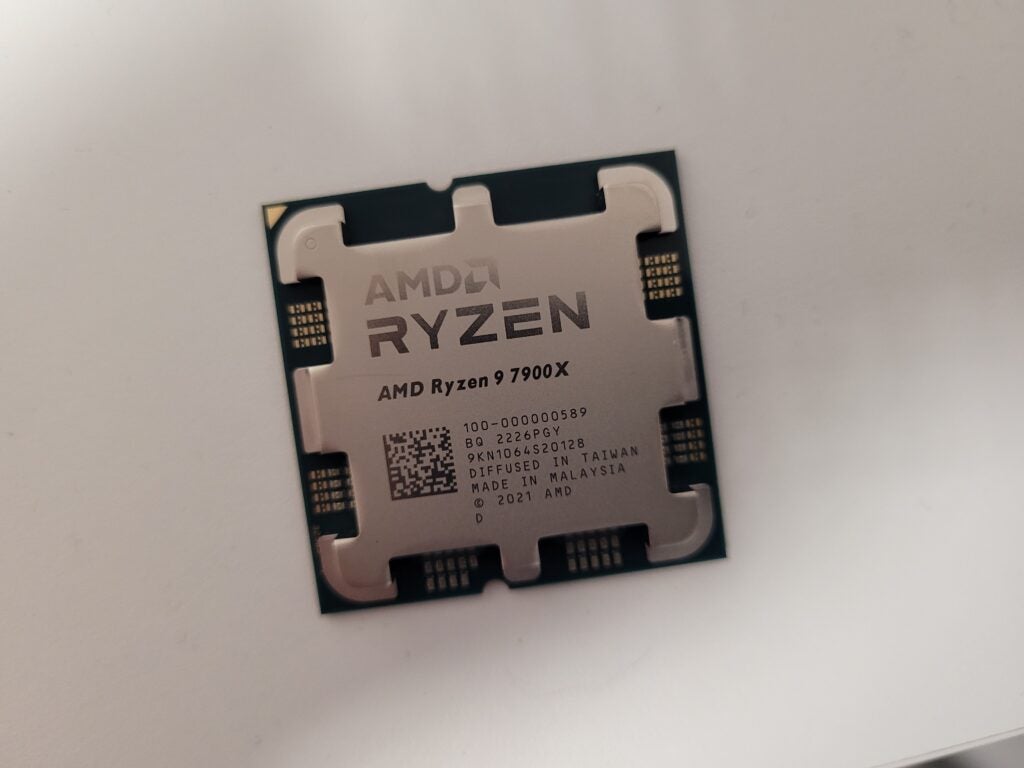 The AMD Ryzen 9 7900X is one of the most powerful CPUs AMD has ever released, offering faster speeds than any Intel Core chip currently on the market. The Ryzen 7000 Series runs on AMD’s new Zen 4 architecture that not only brings a performance boost, but also support for DDR5 and PCIe 5.0, enabling you to upgrade to the latest and greatest RAM and SSDs.

AMD claims the Ryzen 9 7900X has a max boost clock speed of 5.6GHz, which leapfrogs the 12th gen Intel Core i9-12900K’s 5.2GHz boost clock. The only part that seemingly hasn’t been upgraded is the amount of cores and threads from the previous gen – there’s still 12 cores and 24 threads.

Those specs didn’t seem to hold back multi-core performance though. In Cinebench R23, a program which simulates CPU-heavy and intensive tasks such as rendering, AMD’s latest flagship chip managed to beat off Intel’s top Alder Lake chip (the i9-12900K) by some margin. The same story proved true in more general benchmarks such as with PCMark 10 Extended, which evaluates the performance of your entire system. Here, the Ryzen 7900X achieved a score of 10,865, while the i9-12900K clocked in with a score of 10,602, which is a fair margin.

In testing, the Ryzen 9 7900X offered outstanding performance and it proved to be the most powerful desktop chip we’ve ever tested for both gaming and intense creative workloads. If you want even more speed, then AMD also offers the Ryzen 9 7950X which packs more cores, while Intel is expected to launch its new Raptor Lake chips in the coming weeks. 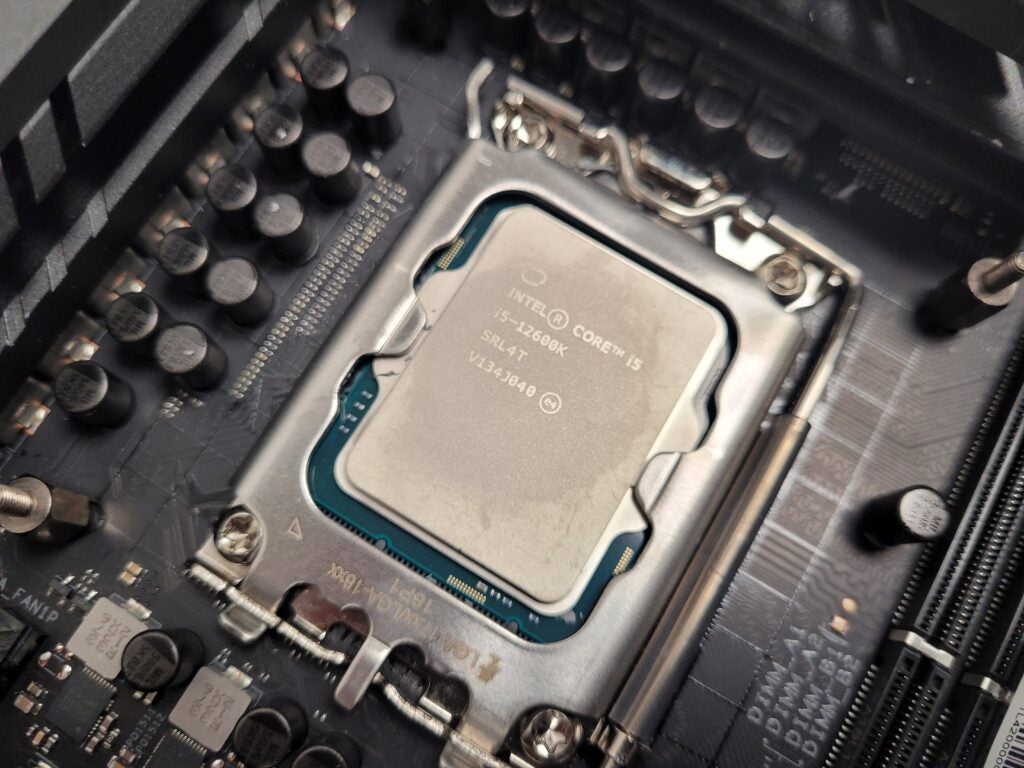 Intel’s Core i5 line has consistently been the chips we tend to recommend to most buyers. This is because they typically offer the best value for money, providing a competitive performance and price. Following our latest string of benchmark tests, this remains the case with the Intel Core i5-12600K, which is the CPU we’d recommend to most people.

The chip’s based on the same Alder Lake architecture as the more expensive i9, which gives it the same future-proofed DDR5 and PCIe 5.0 support, letting you enjoy truly next-generation performance and loading speeds.

But what truly blew us away during testing is quite how good it is at gaming. Running big name titles, like Horizon Zero Dawn, Borderlands 3 and Total War: Warhammer 2, the i5 managed to offer radically better speeds than its predecessor. In 1080p resolutions, we regularly saw 30fps gains on the older i5. But more impressively, the CPU also came close to matching the gaming frame rates of the more expensive i9.

And while the new mid-range AMD Ryzen 5 7600X offers a similar price and an improved performance, it still can’t quite match the i5-12600K for multi-core performance. This makes the Intel i5 the best value processor for those who plan on using the chip for both gaming and content creation.

The Intel Core i5-12600K also delivered one of the lowest peak power consumption of all the recent processors we’ve tested, meaning you won’t need an uber-expensive, high-capacity PSU to get it running smoothly. As a result, this is a very cost-effective option. 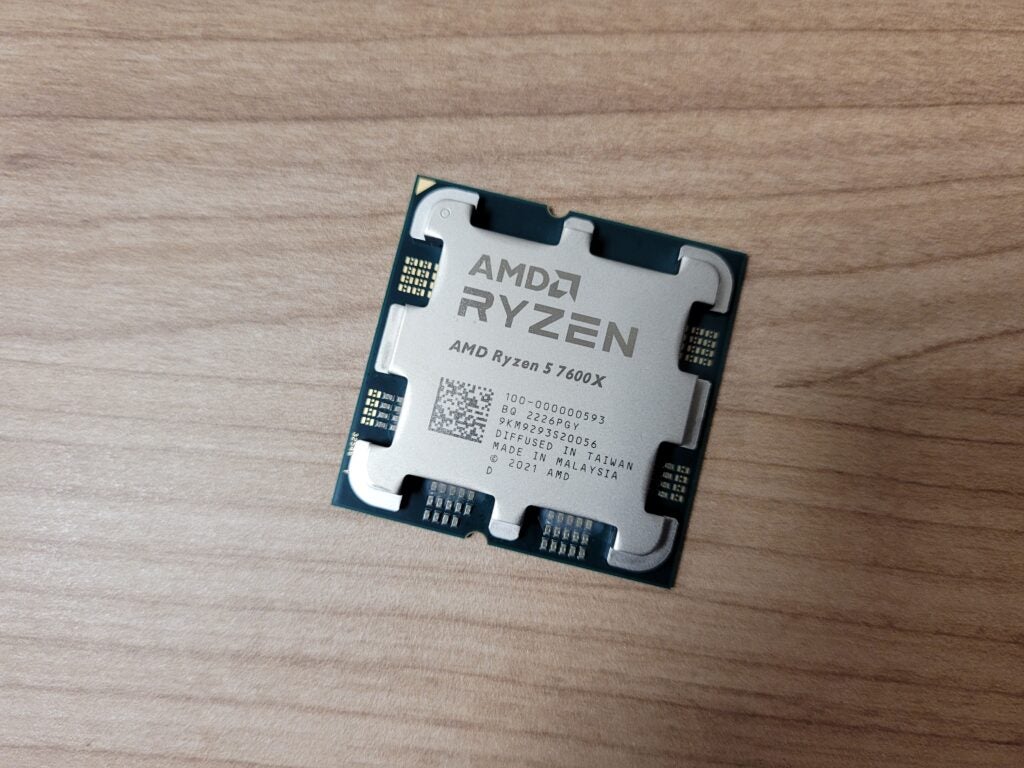 The AMD Ryzen 5 7600X offers the benefits of the Zen 4 CPU architecture at an affordable price, supporting both DDR5 and PCIe 5.0, enabling you to make use of the speediest RAM and SSDs. As these new Ryzen 7000 CPUs work with a new socket, AM5, you will also need to purchase a new motherboard. It will be expensive, but once you’ve made the initial outlay, you’ll be futureproofed for a number of years.

The Ryzen 5 7600X shines at gaming performance. In testing, it beat off a pair of formidable Intel Alder Lake processors, including the flagship i9-12900K. This is all thanks to the high frequency speeds, hitting a peak of 5.3GHz without overclocking.

While this chip may excel with its price-to-performance ratio for gaming, the same unfortunately can’t be said for its multi-core performance for tasks such as rendering. This is evident when taking a look at the results for Cinebench R23. In this benchmark, the 7600X’s result put it behind Intel 12th gen options (Intel Core i9-12900K and Intel Core i5-12600K).

In more general computing benchmarks such as PCMark 10 though, the 7600X offered a score that was only bested by the more expensive 7900X and i9-12900K, which suggests it’s a great cheap for general computing and gaming, although we suggest looking elsewhere for high-end content creation. 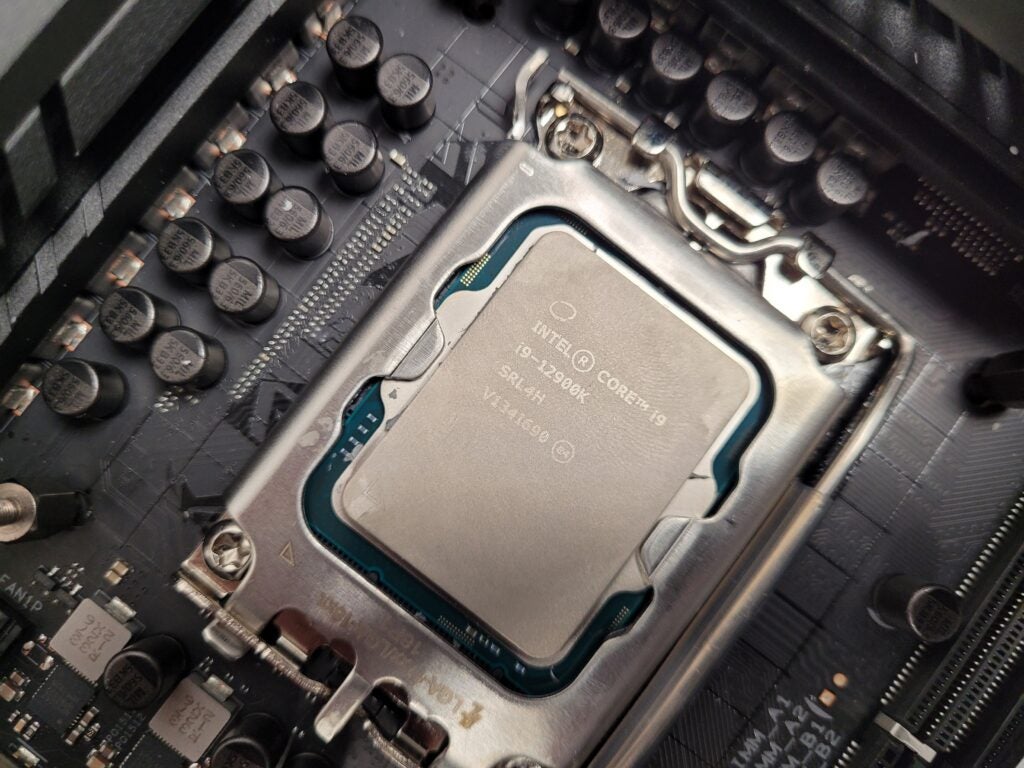 It’s difficult to recommend the Intel Core i9-12900K since the arrival of the AMD Ryzen 9 7900X. The AMD chip is more affordable, while seeing a better single-core and multi-core performance. But the i9 is a supremely powerful chip with excellent futureproofing, so is still a a worthwhile option if you’d prefer to stay loyal to Intel instead of switching over to AMD.

During our benchmark tests, we found the Intel Core i9-12900K to offer incredibly competitive multi-core and gaming speeds. It delivered a near 2x multi-core performance increase on its predecessor according to our Geekbench 5 and Cinebench R23 results. These speeds makes the Intel i9 an easy recommendation for power users and gamers in general.

We were also very pleased with the chip’s new PCIe 5.0 and DDR5 support which lets the 12900K work with the latest and greatest SSDs and RAM currently available.

But during our checks, we found it’s still an outright power hog and requires an incredibly powerful CPU cooler to run efficiently. The 335.5W peak power draw we detected while benchmarking is also a sizable 100W-plus increase on what we measured reviewing more mainstream chips, such as the Intel i5-12600K and Ryzen 7 5800X. But if you’re craving one of the most powerful consumer chips around, you’re going to have to settle for a high power draw.

But don’t forget, Intel is about to launch the Raptor Lake range, which could see the Intel Core i9-12900K discounted in the very near future.

Can this jack-of-all-trades processor compete with Intel Rocket Lake?

The world’s most powerful gaming processor

One of the best and most versatile desktop processors available

How much RAM is enough?

We recommend having at least 8GB of RAM for general tasks, but if you’re looking to play games or edit video etc, then we suggest upping that to 16GB of RAM and beyond.

What is better: GHz or cores?

It really depends on your workload. Having high frequency speeds is obviously very important, especially for intensive tasks such as gaming and content creation. But it’s also important to have multiple cores to improve the efficiency of multi-tasking, especially when using apps such as Adobe Premiere Pro.

Yes, a more powerful CPU can have a positive impact on your FPS when gaming, but a GPU will be more influential here.