There’s so much to do in The Crew 2. Ubisoft Ivory Tower has crafted a miniaturised version of the United States that feels truly gargantuan, and it’s packed with different activities where you’ll need to drive, fly and climb to reach success.

While hardly bereft of content, there isn’t a slither of personality to be found in this ambitious racer. It’s competent on all fronts, but without a soul to carry its many mechanics, The Crew 2 falls into the pits instead of roaring across the track. 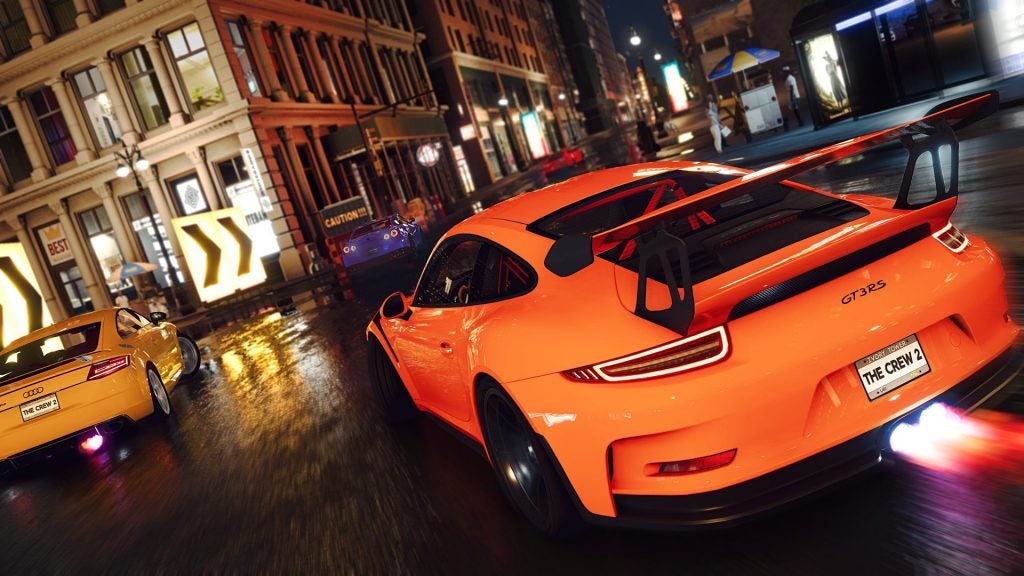 The Crew 2 has you playing the role of an emergent racer. You’re an influential figure in the sporting world, and thus you’ll need to build followers to grow into the superstar you hope to be. Followers are the primary form of progression in The Crew 2, growing with almost every single action.

Much like its predecessor, Ivory Tower has tried to blend a seamless narrative of sorts into the open world of The Crew 2 – and has once again failed to craft anything compelling. The idea of being a viral sensation in the racing world has potential, but it’s instead filtered into a handful of woefully acted cut-scenes that you’ll be desperate to skip.

Big bads of sorts are introduced in the form of veteran racers, but they’re needless window dressing to an already bland experience. There’s nothing wrong with having a story baked in with a racer, but it needs to compliment the mechanics behind it instead of distracting you, making your eyes roll in the midst of loading screens that you’re incapable of skipping.

The failing narrative is one of many ailments of The Crew 2’s inconsistent tone. It’s trying to be upbeat, cheery and down with the kids, but instead comes around as a silly, cringe-inducing charade I wish you could mute and focus on the enjoyable racing it upholds. 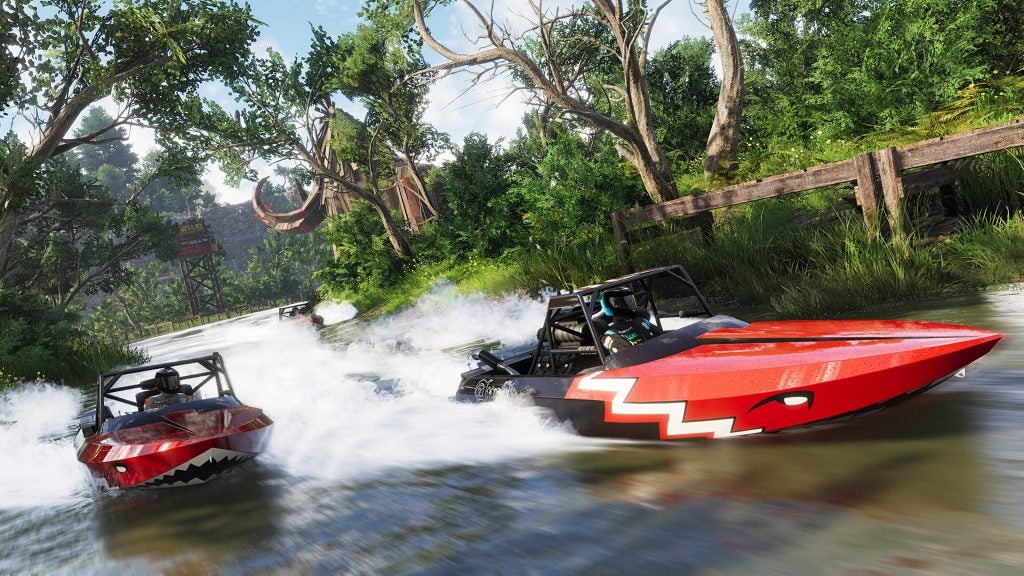 Vehicles are split into three categories: Cars, Planes and Boats. All possess four individual disciplines that lead to additional vehicles and events. The depth on display here is admirable, and I had a blast testing out new rides as my rank increased.

I especially enjoyed the newly implemented motorcycles, which not only control brilliantly but allow for a multitude of absurdly rad tricks to pull off. The Crew 2 shines when you’re given the freedom to take advantage of its sprawling world, whether it’s through bespoke events or dynamic exploration.

Sadly, despite encompassing the entirety of the US, everything just feels a little empty. The likes of New York, Las Vegas and Salt Lake City are all ripe for exploration, but driving through them provides a gorgeous visual showcase and only a smattering of events in which to partake.

You’ll seldom stumble across things naturally, having to reference the cumbersome map to even find an activity, let alone partake in them. It takes far too long to get your bearings, and in a world so big, this proves to be an even bigger problem. A button that created a waypoint to the nearest event would have been a lifesaver, providing players with a constant stream of things to do.

Instead, you’ll be hopping from event to event without driving through the massive world Ivory Tower has spent years crafting. Ultimately, it’s a detrimental piece of design that makes the inclusion of such a vast setting feel mute. 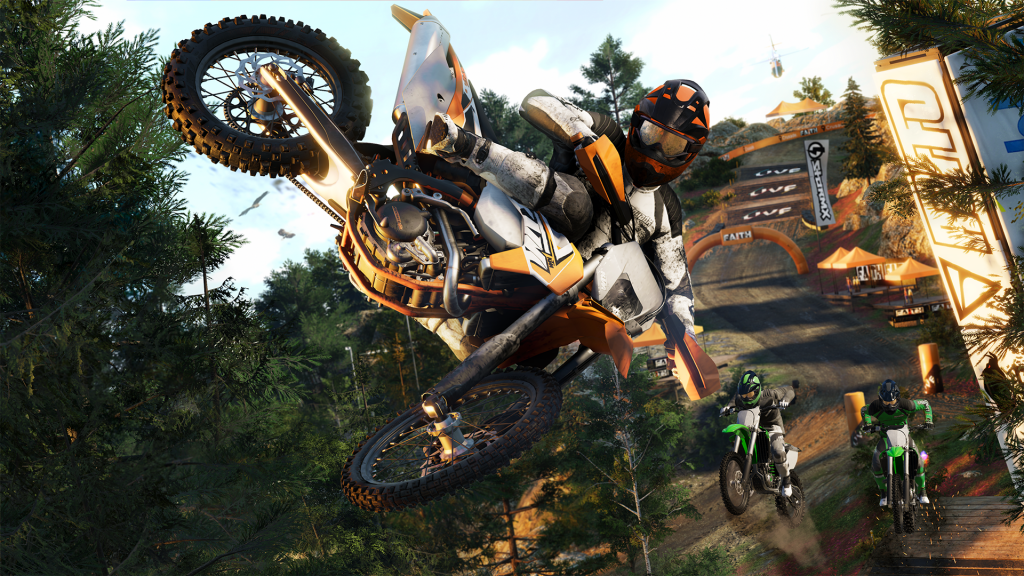 All the presentation and tonal issues aside, how does The Crew 2 actually play? All of its vehicles control with an aura of satisfying competency. Pulling off tight corners in a Ferrari before switching into a boat and bopping along the New York harbour all feel great, although there’s seldom a feeling of a mastery among the formidable suite of vehicles.

Instead, the performance of each vehicle is determined by loot you can earn and equip yourself with after each event. These colour-coded parts are easy to understand. The higher the number, the bigger the upgrade they’ll bring to your ride. It feels like Destiny or Assassin’s Creed if the playable character was replaced by a range of cars, boats and other crazy means of transportation.

Having such a level of customisation over a vast selection of vehicles is an excellent feature, even if having to return to a specific hub to fully change things up grows cumbersome after a while. Jumping into a race and suffering defeat only to return with a pimped-out ride and wiping the floor with the competition never gets old, especially if you’re willing to invest in The Crew 2’s many disciplines. 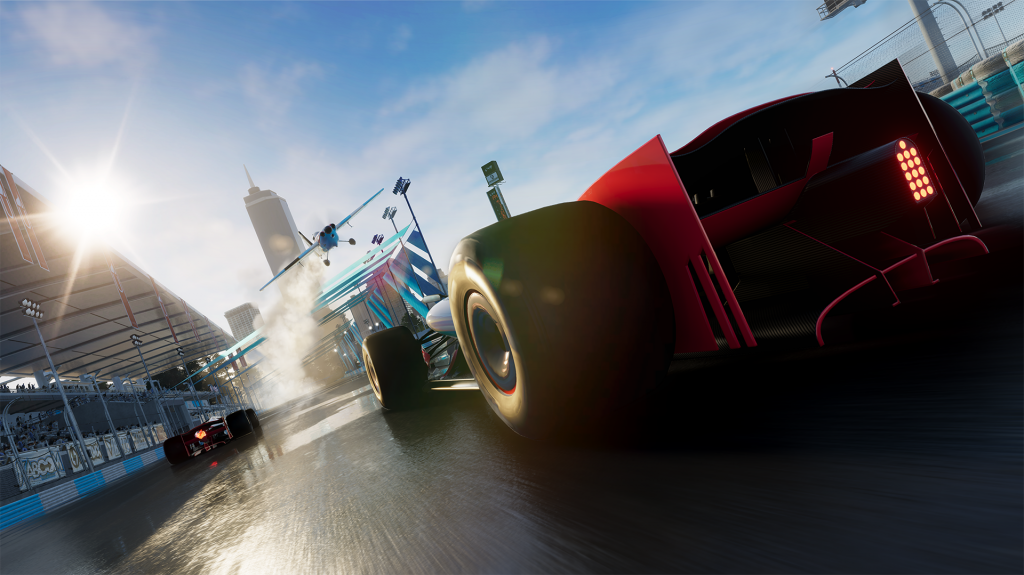 It’s worth noting that, at times, The Crew 2 is visually spectacular. Drifting around a narrow, rain-drenched corner as the sunlight pours in overhead had my jaw dropping on multiple occasions. On the flip-side, the human beings that occupy the open world resemble skinless aliens with their dead-looking eyes and lack of detail.

It makes me think The Crew 2 should have gone down the Burnout Paradise route and abandoned in-game humans altogether. Nothing wrong with a dystopian world filled with self-driving cars and nobody in sight.

The Crew 2’s evident ambition to encompass cars, planes and boats into a seamless sporting experience is admirable, but constantly undermined by the bland, unattractive shell in which it’s contained.

Ivory Tower’s rendition of the United States is bereft of personality, reminiscent of a ghostly spectre that does nothing to implement the nation’s bustling culture into a racer that’s in desperate need of some identity.

If you’re after a racer with plenty of depth and options and aren’t concerned about its lacklustre presentation, then there’s definitely something here to enjoy. Otherwise, there’s plenty of other racers on the horizon.