However, we’re not playing tech Top Trumps here – what we look for is the experience the screen provides. The Xperia Z1 Compact’s screen is excellent, and its resolution perfectly suited to the 4.3-inch display size. 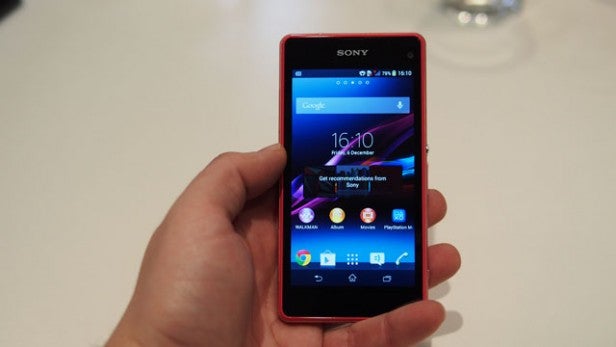 It will take very keen eyes to be bothered by any lack of clarity or sharpness. Only when fully zoomed out will you notice that tiny website text is not quite as clear as it is the Xperia Z1 Compact’s Full HD competitors. Sony’s improvements to image quality and black level are much more noticeable than any lack of sharpness. The Xperia Z1 Compact doesn’t suffer from many of the screen issues we noticed while reviewing the Z1, either.

The decades Sony has spent crafting TVs mean that it knows or thing or two about image quality and display technology. It’s quite apparent that this knowledge is trickling into phone screens, as the colours are deep and accurate while the brightness is solid.

Sony claims its Triluminos display technology provides a larger colour palette than on competitor phones. This is a bold claim, but a solid one this time around. Colours are visibly more accurate and deeper than the iPhone 5S’s and we found watching movies and TV programs on it a pleasure. On the flip side the Xperia Z1 Compact is not quite as bright as the most dazzling phones, but it’s still bright enough to see in strong daylight. Whites also are not quite perfect, but the better colours and blacks are a trade-off we’d take any day. 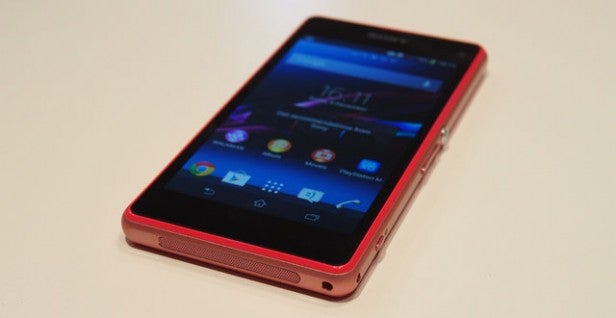 Viewing angles are a lot better than on the Z1

Phones are individual devices so viewing angles aren’t as important as they are on other products like tablets or laptops, however we’re pleased to note these are also significantly improved over the Z1.

The Xperia Z1 Compact uses the quad-core Qualcomm Snapdragon 800 CPU. This is a processor we’ve had plenty of experience with and it is plenty fast for the vast majority of users.

You’ll not experience any significant slow-down or delay in opening apps, and moving through menus is zippy. Games look great and run superbly too. Real Racing 3 plays like a dream and the excellent colour reproduction shows off the cars in all their sun-drenched glory. 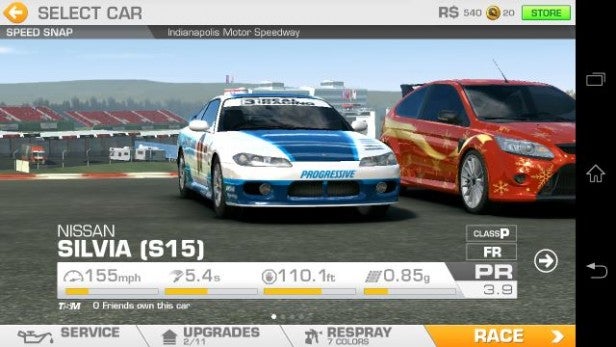 The Z1 Compact zooms past phones like the HTC One Mini and is the fastest Android we’ve ever tested, as of February 2014. It is even faster than the iPhone 5S in some tests. Whether it’s down to software massaging of the score or better memory management, the scores of 2,836 for Geekbench 3 and 19,012 for 3D Mark’s Ice Storm Unlimited are almost 10 per cent faster than the Z1. It’ll soon be topped once Snapdragon 805 phones surface, though, possibly by the end of the month.

The Xperia Z1 Compact is as fast as you can get at present, but all that power comes with a minor problem. The Compact gets hot under stress. Not ridiculously hot like the Xperia Z, released a few years ago, but it gets a little more toasty than we like when playing games or watching video. Sony has been clever, though. It has placed the processor at the centre of the back of the phone meaning most of the heat dissipates without making your hands too warm, or your ears burn when you take a call.

Unlike Samsung and HTC, Sony chooses to only apply light touches to the Android 4.3 operating system on the Xperia Z1 Compact. This means performance isn’t affected by software detritus and you get most of the 16GB of on-board storage to use as you wish. Add to that a microSD slot that takes cards up to 64GB and you’re able to keep oodles of music and TV on the Z1 Compact.

However, the internal speaker is not great.
While loud enough at max power, audio lacks clarity when
compared to the HTC One or iPhone 5S.