The Sony Xperia M2 uses a custom interface similar to that of other Sony Xperia phones, and it sits top of Android 4.3, a slightly older version of Android.

Sony’s UI is largely a visual thing, as it doesn’t mess with the normal layout of Android. That is a good thing. 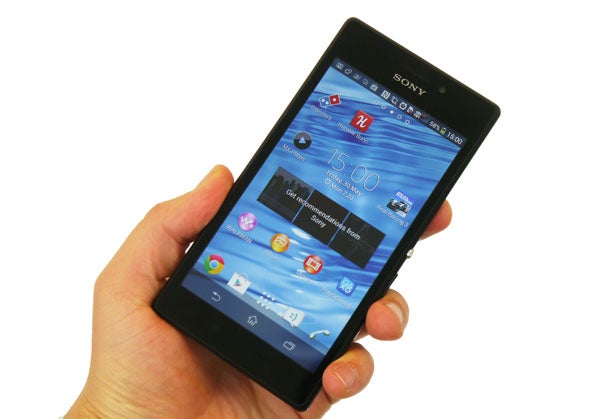 Elements it does tweak are pleasantly restrained, too. The drop-down notification bar, for example, gets a few feature switches, but they’re small and unobtrusive. Sony’s good styling in the Xperia M2 extends from the hardware and into the software.

It is a little laden down with extra apps, though. Sony pre-installs a bunch of largely media-related apps on the Xperia M2, including Video Unlimited, Track ID and TV SideView, which is a TV guide and remote control app.

However, you can delete most of them, leaving just basics like
PlayStation Mobile, Sony Select, Walkman and a few others. Some pruning
is advised, but at least it’s easy to do. 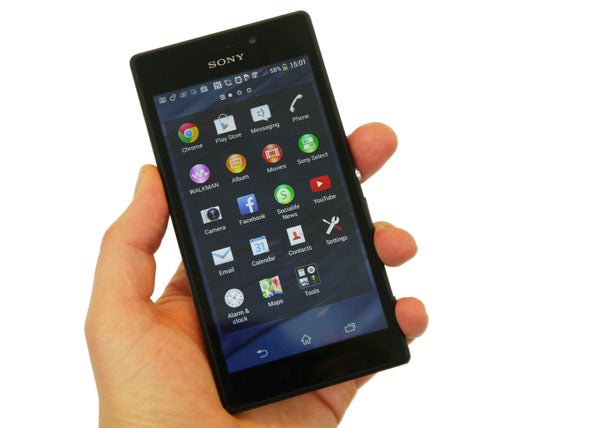 The Sony Xperia M2 has one of the better custom interfaces, and it doesn’t cause a big dent in performance. There is a bit of lag at times, but it’s very minor and intermittent.

This is something to blame largely on software rather than hardware but, using the Snapdragon 400 processor, the phone is not super-powerful either.

This is the same processor used by lower-cost phones like the Moto G and EE Kestrel, although plenty of somewhat more expensive phones like the HTC One Mini 2 use it too. It’s a competent, but ultimately relatively low-power processor.

It’s a quad-core chipset, but the 1.2GHz cores use the Cortex-A7 architecture, which is more about efficiency than raw power.

In the Geekbench 3 benchmark test the Xperia M2 predictably comes out with very similar scores as the Moto G and other Snapdragon 400 phones: 312 points per core or 1,061 total. 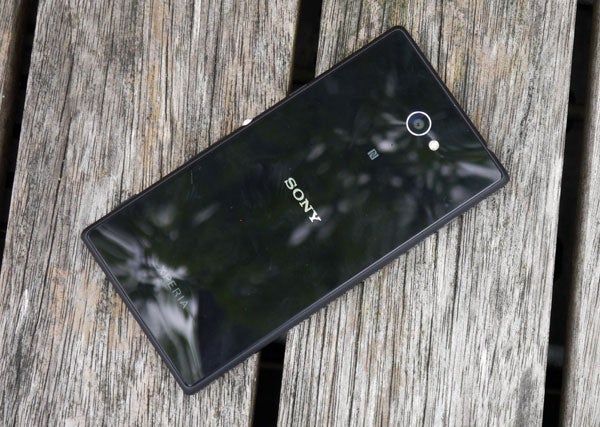 It’s enough for virtually any purpose, though – the dirty secret of the mobile phone market in its current state. All the games we tried ran at full speed with only minor frame rate drops, including demanding 3D titles like Real Racing 3 and Dead Trigger 2. You probably couldn’t say the same if you were to slap a 1080p display on the Xperia M2, but then no sub-£200 phone we’ve reviewed has had one of those yet.

There is a noticeable decrease in visual fidelity when playing games compared with the Motorola Moto G 4G, though, thanks to the Xperia M2’s lower-resolution screen. Games look good, but the slightly low pixel density does show. So many of the phone’s issues come back to that display.

When under strain, the Xperia M2 does get a bit hot and, much like the Xperia Z2, the hotspot sits at the top of the phone. This means you don’t really notice it when holding the phone upright – just in landscape orientation.

The extent of the heating isn’t as severe as the Xperia Z2’s, either – it stays within fairly normal limits. This is most likely because the Snapdragon 400 is a cooler-running chip than the far more powerful Snapdragon 801 used by the Xperia Z2.