The Sony Xperia M2 has an 8-megapixel camera and f/2.4 lens, with a low-mid-range sensor that can offer OK image quality without producing the sort of images you’d happily trade in a dedicated camera for.

One of the best elements of the camera is that you get just about all the fun extra modes of the Xperia Z2. Lower-cost phones often chop out a lot of the extras you get in a high-end phone. 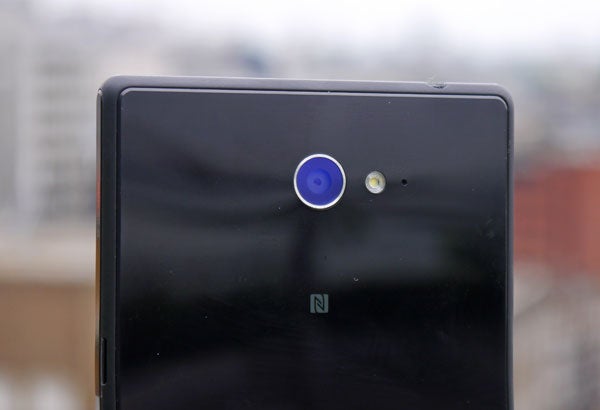 Extra modes include kid-pleasers like the augmented reality app, which adds fantasy-like graphics to your photos, and enough filters to power your Instagram account for months.

What you don’t get is the mode that lets you artificially blur own the background, a mode seen in many of the more expensive phones of the year including the Xperia Z2 and HTC One M8. It’s a great idea but generally doesn’t work all that well – no great loss.

The main mode of the Xperia M2 is called Superior Auto, and it leaves you to do nothing more than pick the object you want to focus on by tapping. It’s pure point ‘n’ shoot. There’s also a ‘manual’ mode, which allows you to manually select scene types, including the fairly effective HDR mode. 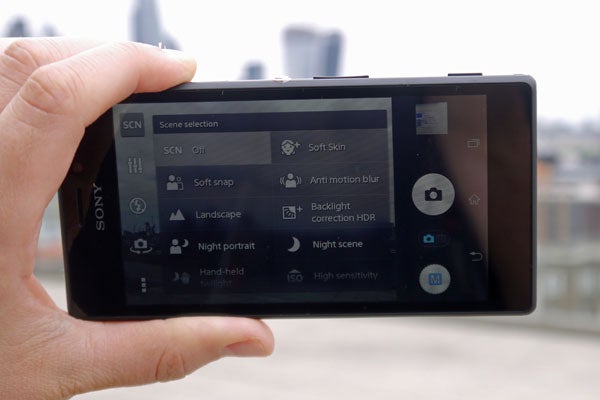 The general performance of the Xperia M2 camera is nowhere near as fast as the big dogs – focusing is a little slow in comparison, and there’s a much bigger delay between photos than in a more camera-centric phone. It’s also worth noting that while the M2 has an 8-megapixel sensor, as standard it only takes 5-megapixel pictures, cropping into the 4:3 sensor to produce 16:9 pictures.

This is standard practice in many mobiles, but is an indicator of how little faith you should put into a phone’s megapixel count at times.

Image quality too is consistent with an entry-level to mid-range phone. Colour reproduction isn’t too bad – a little on the anaemic side, but this is common among sub-£200 phones.

What is a more obvious issue is the amount of processing that does into the Xperia M2’s shots. Using a combination of pretty intensive noise reduction and then a similarly-extreme round of edge sharpening, photos tend to look quite unnatural when zoomed-into.

Edge of small object end up confused with what’s behind them, and the processing tends to introduce weird patterns in blocks of colour where it’s not there. Here’s a look: 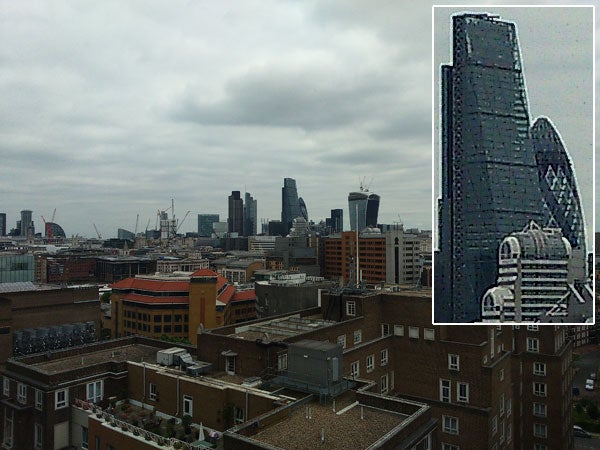 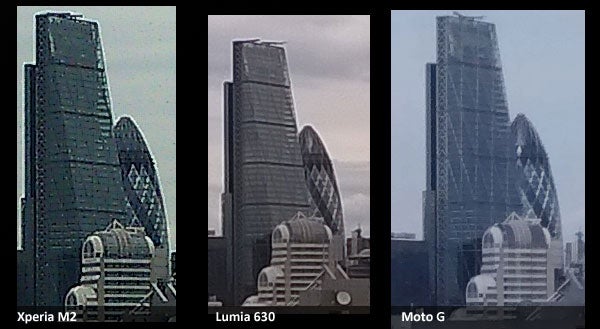 Despite having a higher-spec sensor, the M2’s photos look uglier than the lower-cost competition thanks to overzealous sharpening.

There is a reason for the Xperia M2’s processing, though. It makes zoomed-out shots look punchier, and may aid the phone’s efforts to up contrast in photos. It just looks very weird when viewed zoomed in. 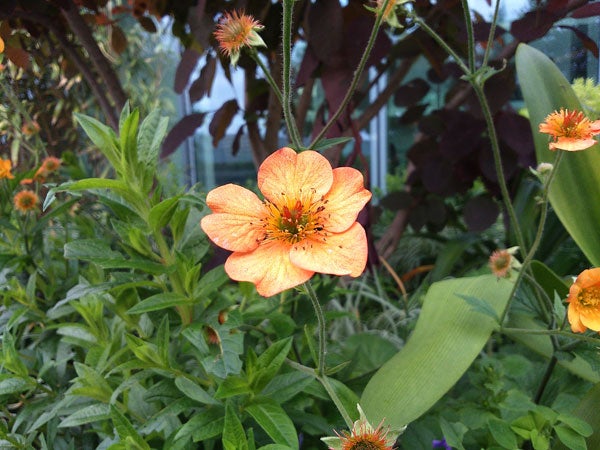 A nice shot of a flower… 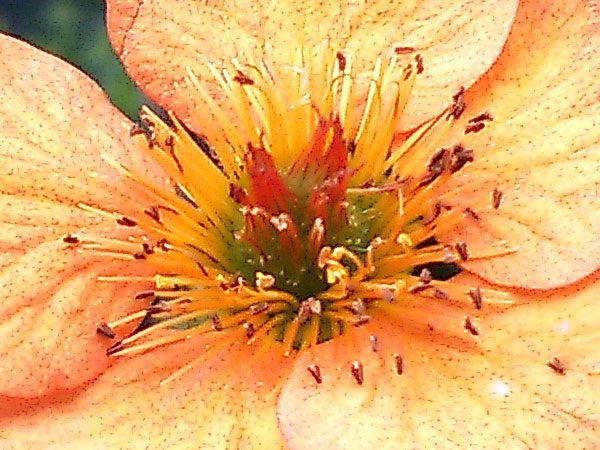 …becomes a bit of a mess close-up. But as long as you don’t look too close, does it matter?

The Xperia M2 can also be a little conservative with its exposure
metering, resulting in dull-looking photos at times. This really depends
on what you’re shooting, though.

You can largely solve this issue with the highly effective HDR mode – something you can pick yourself if you shoot in the ‘manual’ mode. It’s even slower than normal shooting, but jazzes-up dull-looking scenes and also seems to have much less processing going on than standard shooting.

They are far less sharpened, looking softer but more natural up close, and you don’t really lose out on any actual fine detail. 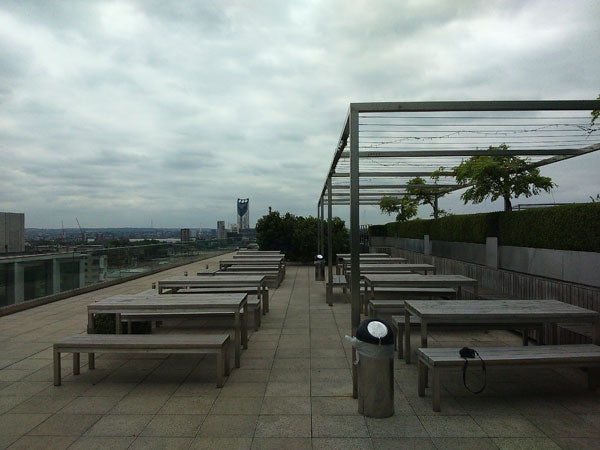 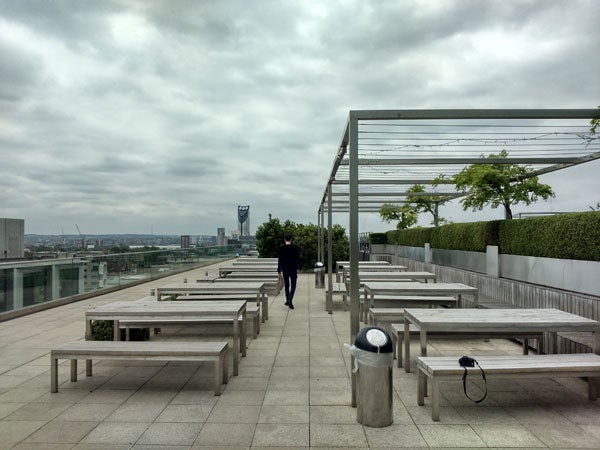 HDR really brightens up this scene (man in black is not an effect of HDR, mind)

Some close crops from the above photos:

So, does the Xperia M2 have a good camera? It’s not too bad for casual snaps, and while the autofocus is a touch slow, it’s fairly reliable. This is best thought-of as a fun camera whose images should never really be enlarged or viewed with too keen an eye. But for Facebook and Instagram this phone will do the trick.

The Xperia M2 has a flash too, which makes it suitable for party shots and other such low-light occasions.

There’s a front camera to finish things off, but it’s not much cop. It’s a very low-res VGA sensor, its metering trips up and down in obvious steps and the on-screen preview in-app is quite juddery. This is not selfie heaven, and video chat will be limited to 480p resolution.