It’s been only a few months since Scandinavian watch brand Skagen released its first Wear OS-based wearable into the world but at IFA 2018 – a huge consumer technology show that takes place in Berlin each year, the company unveiled its successor, a more refined take on the Skagen Falster, unsurprisingly called the Skagen Falster 2.

The smartwatch won’t be available from the company’s stores until September 25. As with its predecessor, with four variants to choose from at launch, pricing varies depending on the finish and materials that grab your attention. The most affordable versions will the black-bodied option with a black/grey silicone strap and the silver-bodied, brown leather band-toting Falster 2 at $275/£269. The three mesh-banded iterations (gold, silver and a darker gunmetal finish) will all cost £299. 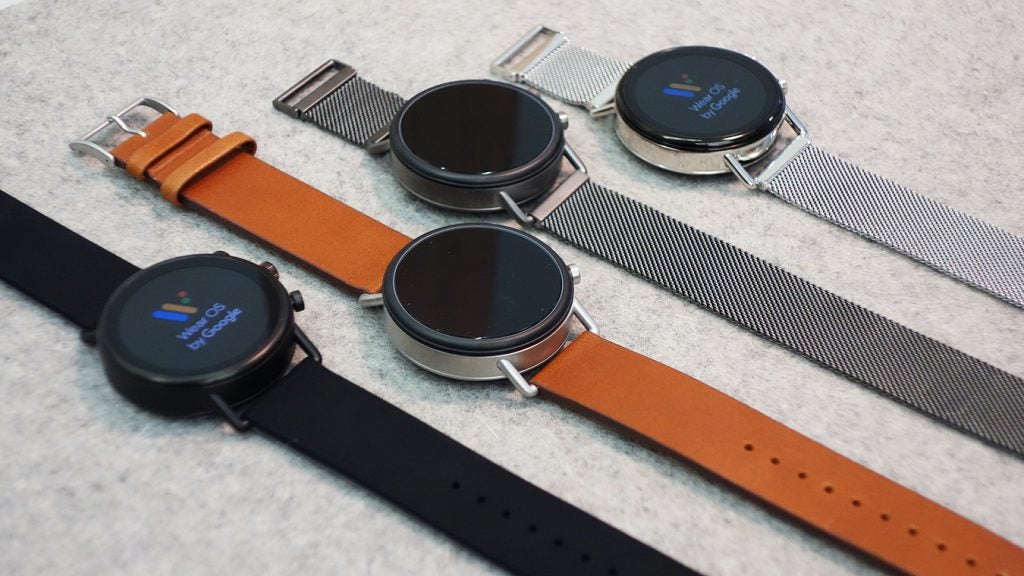 Despite the original Falster only having launched back in January 2018, many might wonder why Skagen decided to bring its successor to market less than a year on from the first watch’s debut. A glance across the gamut of Skagen Falster reviews surrounding the company’s first Wear OS watch and you might spot the pattern that appears. Although stylish, the wearable consistently got pulled up on its lacklustre feature set and its underwhelming battery, areas that the Falster 2 looks as though it’s been specifically designed to address.

On a technical level, it’s disappointing to find that, with a new wearable chipset from Qualcomm rumoured to be just around the corner, the Falster 2 is still lumbered with the now-dated Snapdragon Wear 2100. Despite this, the Wear OS experience felt perfectly snappy in my brief encounter with the watch and as such, it’s more a case of how performance degrades after long-term daily use. 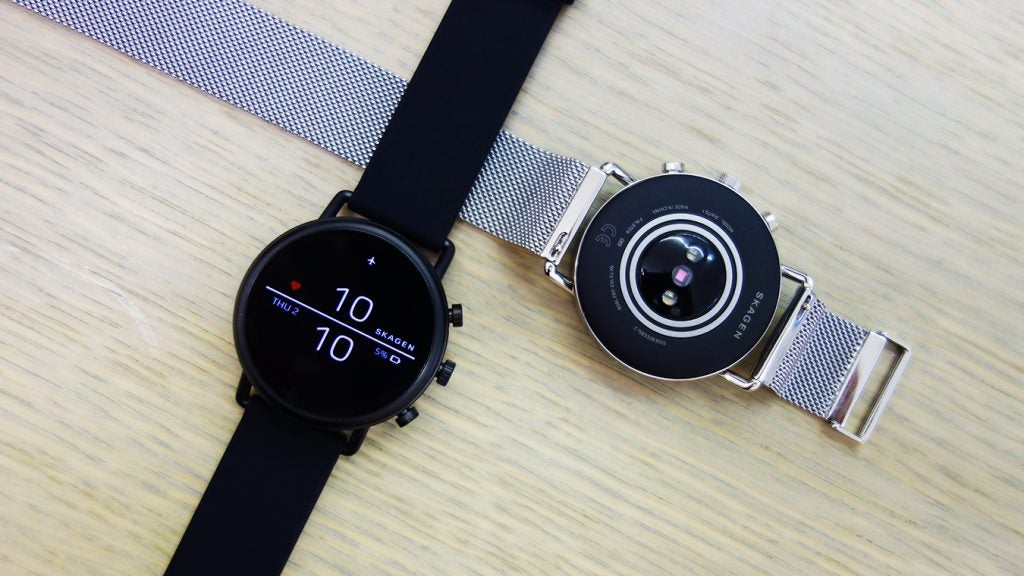 With regards to the original Falster’s lacking skill set, Skagen has addressed this by throwing everything but the kitchen sink at the Falster 2. It now packs in NFC, standalone GPS and an optical heart-rate sensor, immediately granting it far superior fitness tracking chops than the first version, without the need to carry your smartphone with you, while also facilitating on-wrist contactless payments via Google Pay, which in my experience is an ever-welcome convenience.

At a glance, the Falster 2 might resemble its predecessor but Skagen has nipped and tucked its new smartwatch in all the right ways too. The bezels around its fully circular display (which looks to be a 1.2-inch 320 x 320 – the company is yet to confirm) appear slimmer, not least because the radius of the rounded edge on the watch’s top face has been reduced, giving it a sharper, more precise overall appearance.

Skagen typically bills the Falster as a men’s watch but it looks and feels small, light and compact enough to wholly justify itself as a unisex offering. 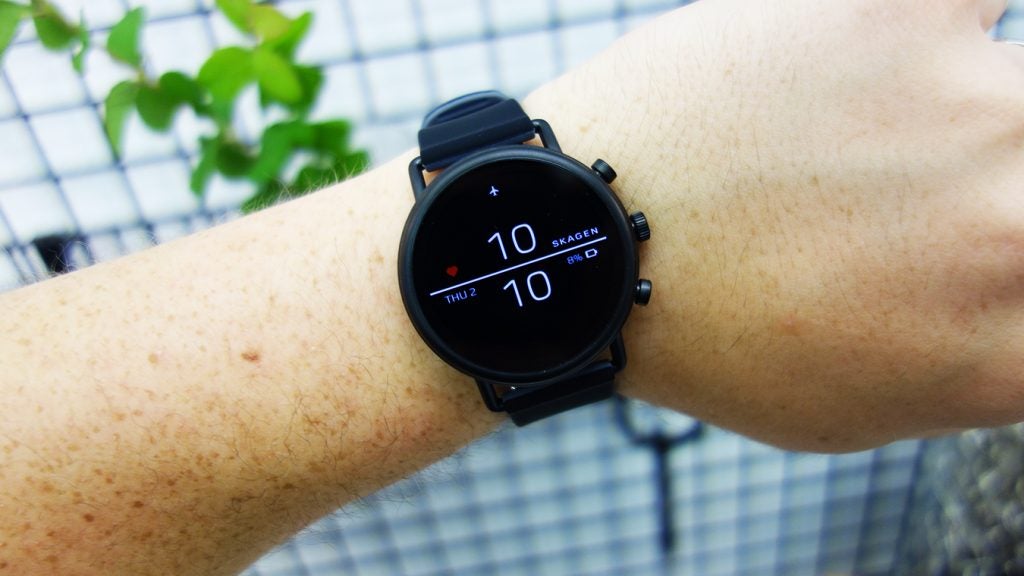 There are two pronounced and precise hardware buttons on the right side, positioned above and below a crown that plays nice with Wear OS’s rotational input support; meaning you can easily scroll through your apps list, notifications or messages without smudging or obscuring the screen. Despite these moving parts, however, this newer Falster is now also swim-proof, which combined with the other new hardware additions Skagen has made renders this a worthy alternative to the likes of the Apple Watch 3.

The various combinations of silicon, leather and metal mesh straps are also appreciated and overall I’d say the Falster 2 embraces the minimalist Scandinavian aesthetic better than its predecessor did. If you’re looking for a clean design through which to experience Wear OS, this might be the option to consider.

The verdict is still out on the watch’s battery but so long as it makes through a regular day’s worth of use with some standalone GPS-based activity tracking thrown in for good measure, it’ll likely stand as a worthy purchase.

The small tweaks Skagen has made to the Falster 2 versus its predecessor are wholly appreciated but the new internals and their impact of the watch’s feature set are the real stars of the show here, turning an inoffensive Wear OS smartwatch into a competitive wearable.