How good is the Samsung Galaxy S10’s performance?

The big caveat in this section is that I reviewed the Exynos 9820 Samsung Galaxy S10 version, so the results will likely be very different if you pick up the Snapdragon 855 version being sold in regions such as the USA. I haven’t yet benchmarked or conducted any of these tests with the Snapdragon 855 model.

This high-powered chipset is getting its first outing here, and it’s capable of running pretty much any game or app from the Google Play store with zero issues. This is exactly what I found during the review process. Graphically heavy games such as PUBG suffered zero lag or stutters. In addition,  processes that I’d consider intensive – loading RAW photos into Lightroom, for example – didn’t strain the chipset. The phone also possesses sufficient RAM (8GB) to make multitasking smooth, and to ensure apps stay in memory for an extended period.

Even though the 3DMark scores are lower than we’d expect, there’s nothing in the actual performance to suggest any issues. I’d likely put it down to some software inconsistencies or incompatibility with these Exynos chipsets. 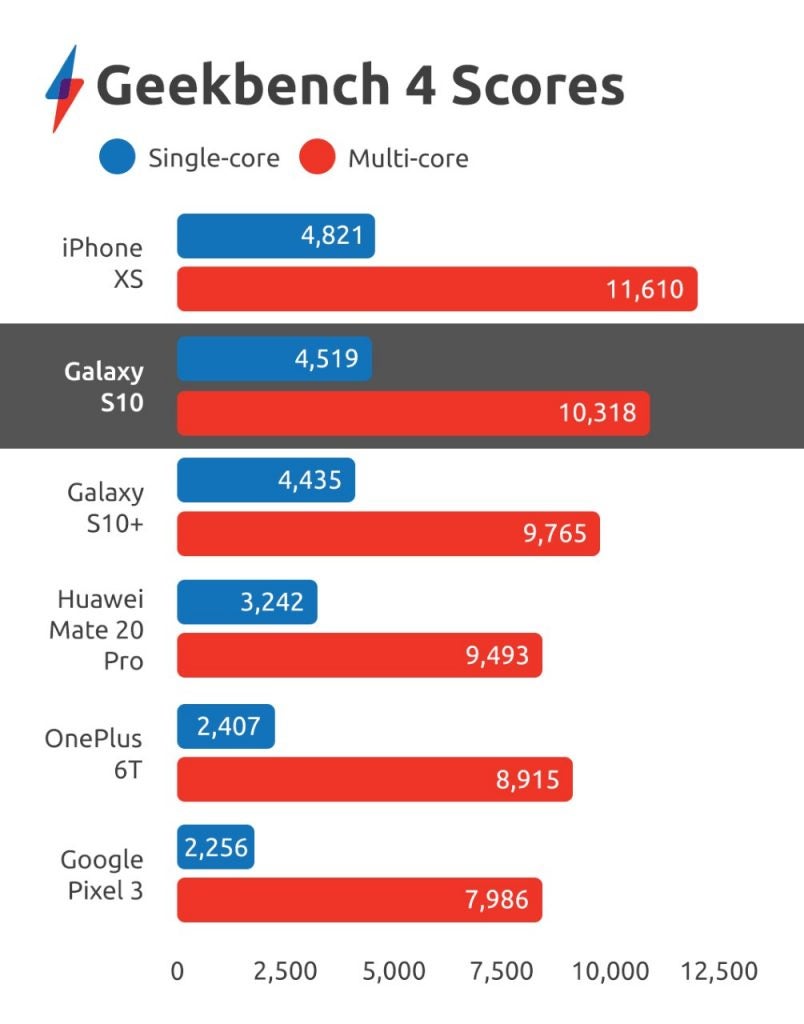 Geekbench is a CPU focused benchmark, and is arguably the most well-known and commonly used benchmarking tool. It offers scores for single-core and multi-core performance. Single-core scores used to be the most important metric of a phone’s performance, since most Android apps are optimised to use only a single thread. However, advances in Android mean more and more processes are multi-thread. The Galaxy S10 falls slightly below the iPhone XS (Apple A12 Bionic), but is ahead of 2018 flagships such as the Pixel 3 and OnePlus 6T. 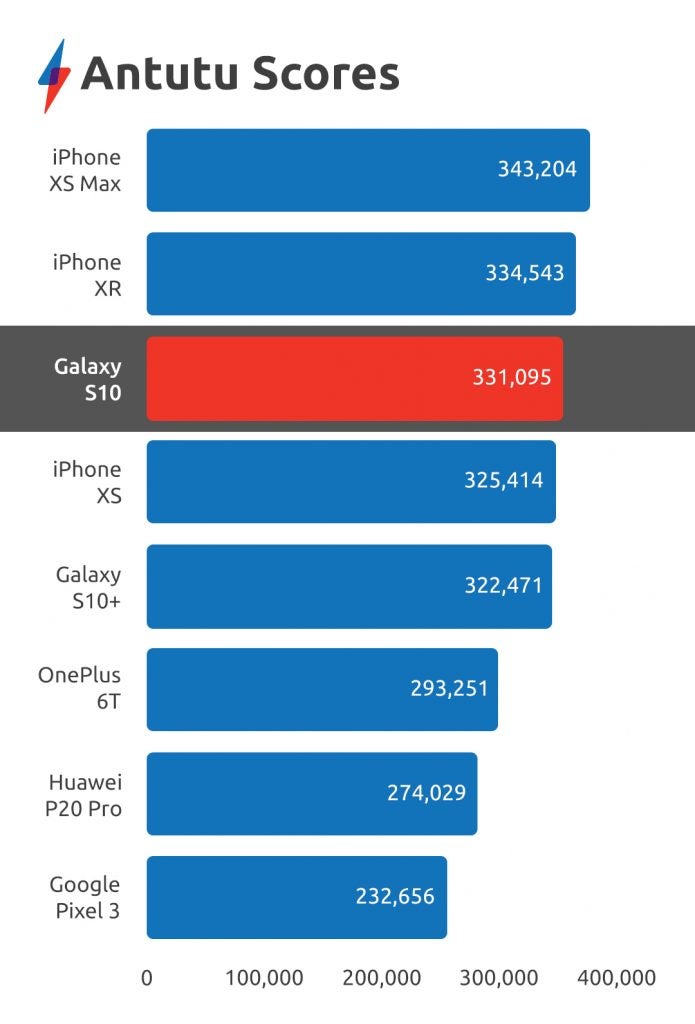 AnTuTu is a generalist benchmark that synthetically tests everything from theoretical gaming performance to picture editing and basic web browsing. Once again, the S10’s score is on the higher end of the phones here, which is to be expected considering the newer hardware at play. 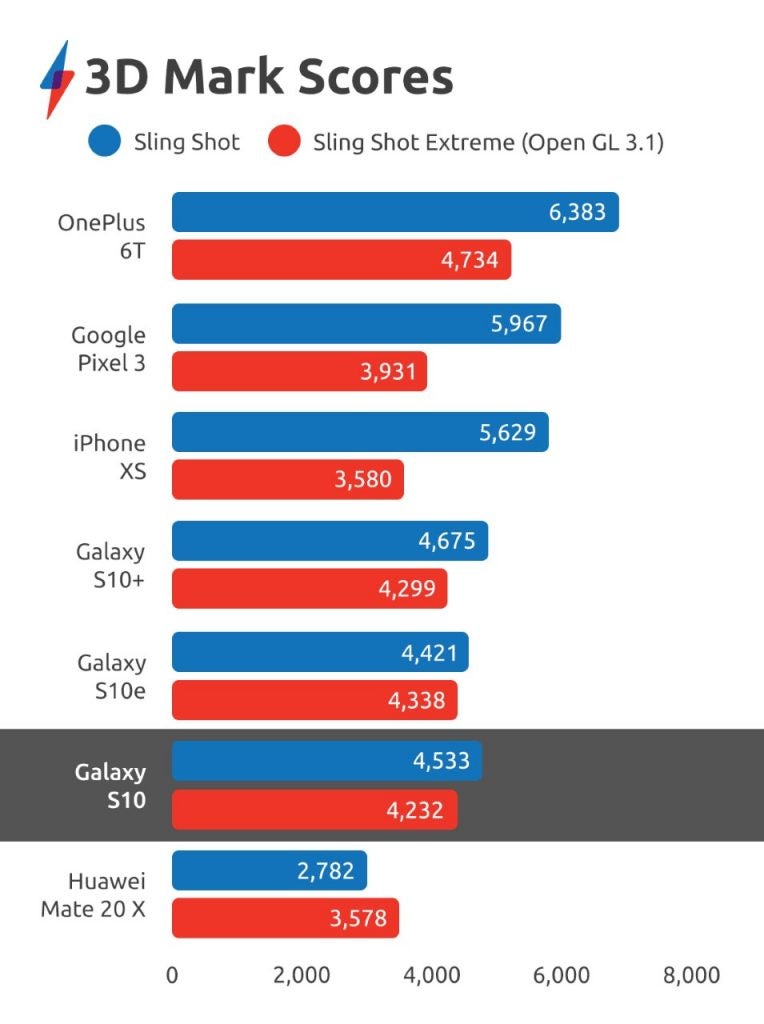 3DMark’s Sling Shot benchmark focuses on checking a phone’s GPU performance. Oddly, the S10 falls below some of its rivals here, even those that are running older hardware. Thankfully, this seems to be a blip; real-world use proves this is a fantastic phone for gaming.