The Samsung Galaxy S10 Lite is a puzzling addition to the range, but it's a good performer especially when it comes to processing power and battery life.

The Samsung Galaxy S10 Lite was a surprise when it launched, and we’re still scratching our heads trying to make sense of it.

Arriving on the scene almost a full year after the mainline Samsung Galaxy S10 series and only around one month before the Samsung Galaxy S20 series was announced, it seemed an unusual tactic.

Frankly, it doesn’t bear a strong relation to either of these flagship series, and should instead be considered in its own right as a competitor to some of the best mid-range phones like the Xiaomi Mi 9 or the OnePlus 7T.

The Galaxy S10 Lite boasts a triple camera led by a 48-megapixel sensor, a 6.7-inch screen, a Snapdragon 855 processor, and a 4500mAh battery. These are seemingly strong specifications, but does it have the overall performance to match?

Immediately catching the eye, the Galaxy S10 Lite has a smooth, pearlescent sheen across the back panel which reflects the light for an attractive and noticeable finish. There’s a black rectangular camera module in the upper left hand corner for contrast (similar to the Samsung Galaxy S20), while the cool metallic sides provide a premium feel.

The screen is large, measuring 6.7-inches, with a minimal bezel around the sides and a small hole-punch cut-out at the top for the selfie camera. Though both the Samsung Galaxy S10 and Samsung Galaxy S10 Plus have curving displays, the S10 Lite’s display is flat. The speaker is housed at the base of the phone. There’s no headphone jack, but there is a slot for a MicroSD card.

Overall, it’s an attractive design with a touch of class that does belong with its true flagship cousins – if you were to just look at it, it’s not at all obvious that this is a ‘Lite’ version rather than a premium phone. 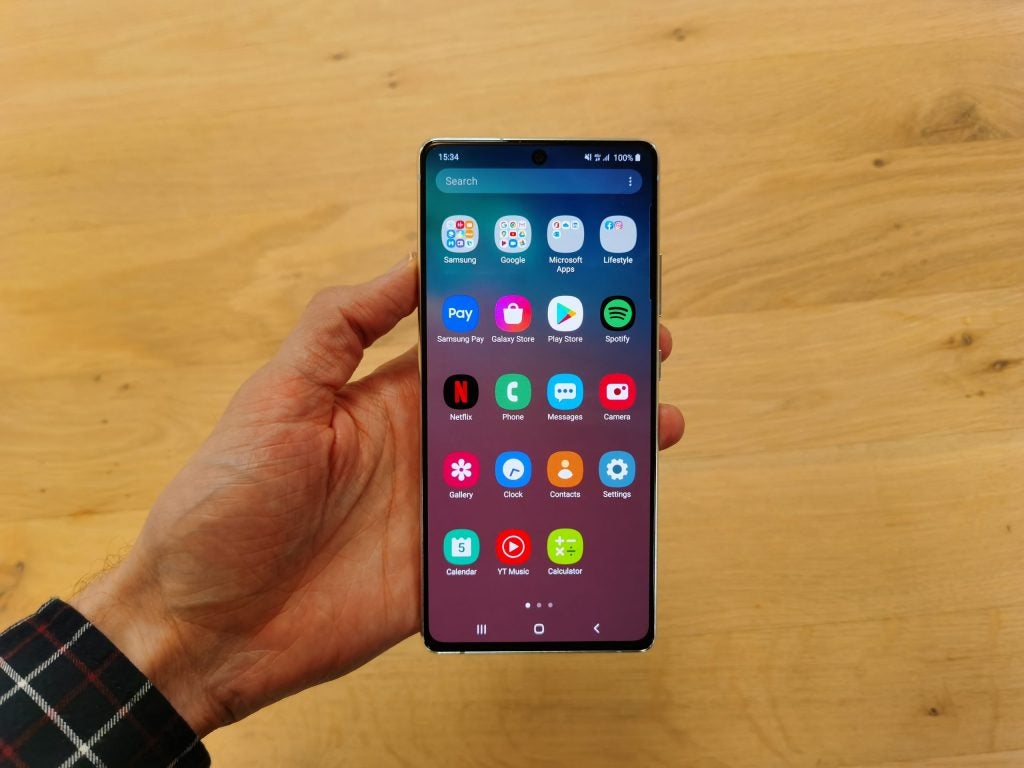 The Galaxy S10 Lite’s AMOLED screen measures 6.7-inches with a 1080 x 2400 resolution, which ensures that it’s clear to read, although it’s not super sharp and the colours never really ‘pop’ out of the screen in the same way as the best on the market. The display is capable of very high brightness levels, although it does lack the enhanced refresh rates recently adopted by some flagships.

There’s a small hole-punch at the top of the screen that houses a 32-megapixel selfie camera, and surely some users will object to this interruption in the display, but I didn’t find it to be intrusive in the screen, even when watching a feature-length film.

Overall I was satisfied watching content on the screen though it certainly doesn’t rank among the best screens you can get. Playing games was particularly enjoyable, as the large screen was immersive, and it was comfortable to hold in landscape orientation. The display might not be stunning in itself, but it certainly does the job.

The Galaxy S10 Lite runs on a Snapdragon 855 processor, a chipset that powered many of 2019’s best phones. At launch it was the best Qualcomm could offer – but it’s since been surpassed by both the 855 Plus and the new 865. Nonetheless, it’s still a very powerful processor.

In our benchmarking tests, the results of which are below, it goes toe-to-toe with an all-out flagship, the Huawei Mate 30 Pro.

Everyday tasks where accomplished with ease, and I did not experience any stuttering or sudden app shutdowns. Games also ran very smoothly on high settings. This device should deal with pretty much anything you throw at it. 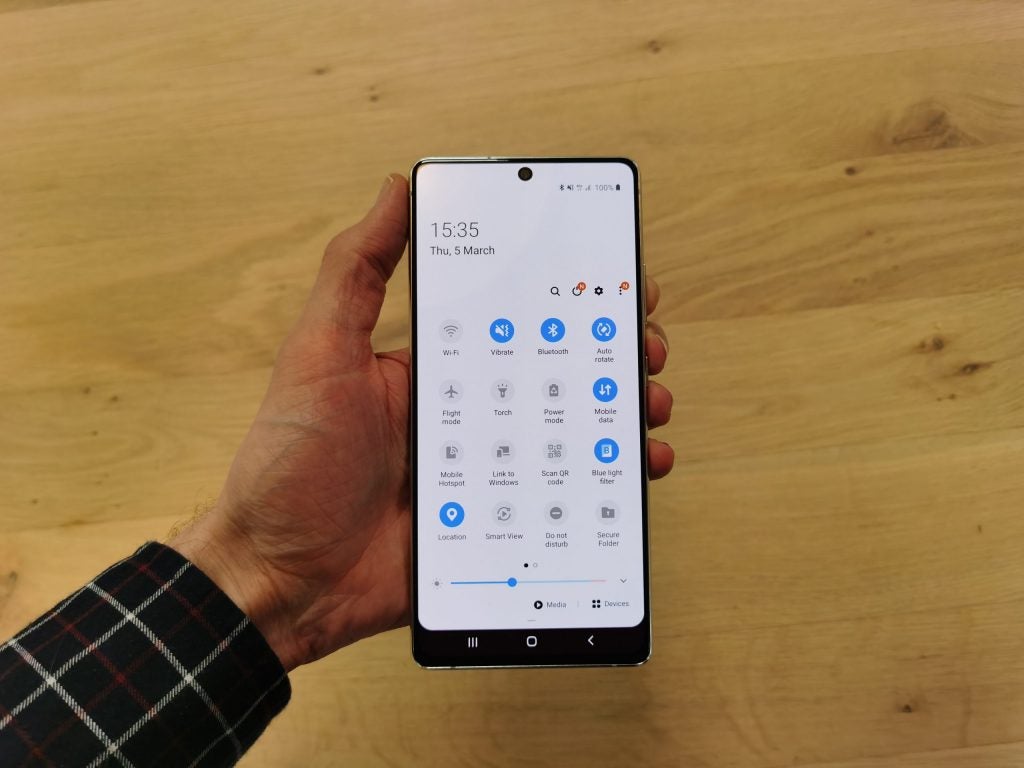 The base software here is Android 10, with OneUI 2.0 overlaid. I liked this interface, which is intuitive and features large, clear icons. It still does have quite a few pre-installed apps, but unlike some rival brands around this price, you can at least hide them away in the app drawer.

As already mentioned, there’s no headphone jack on this smartphone – and unfortunately Samsung has bundled in a really cheap set of USB-C earphones that offer horrendously tinny audio playback. Hopefully you’ve already got a pair of USB-C or Bluetooth headphones – if not, you’ll have to fork out more money to buy some.

There’s both an in-screen fingerprint screen and a face unlock option if you want biometric access to your phone. I found face unlock to be very unreliable and when I used it, and more often that not I was relegated to using the traditional PIN-entry method, however the fingerprint scanner worked very well.

The Galaxy S10 Lite has a triple rear camera – the main sensor has a 48-megapixel resolution, then there’s a 12-megapixel ultra-wide lens, and it’s completed with a 5-megapixel macro lens. Is it one of the best camera phones around for the price? 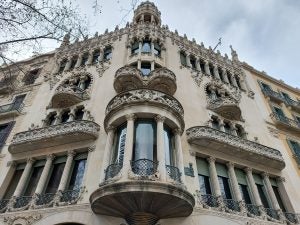 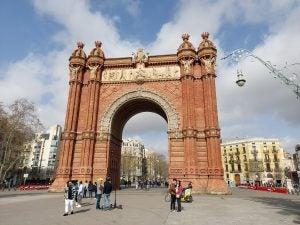 Overall the camera performance was not bad, but I felt that the images looked slightly overexposed and lacking depth of colour, and nowhere was this more clear than when shooting in low light. 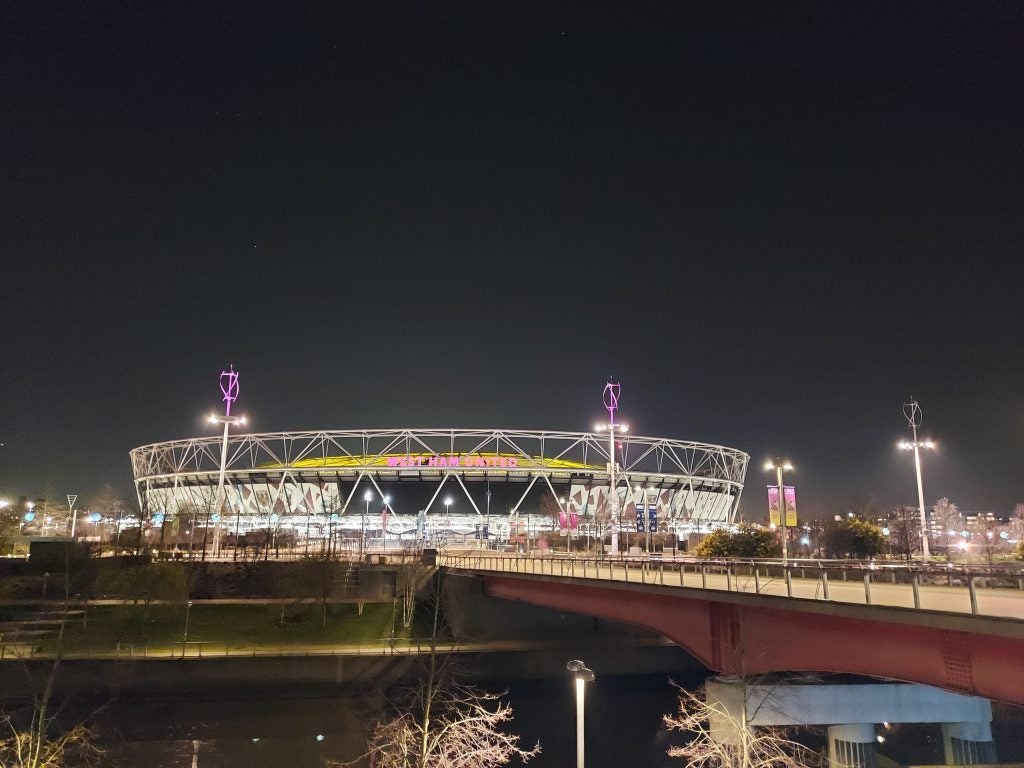 The first example, above, shows relatively little difference between shooting without Night Mode (left) and with Night Mode (right); the signage on the stadium is more legible, but the colours look more washed out. 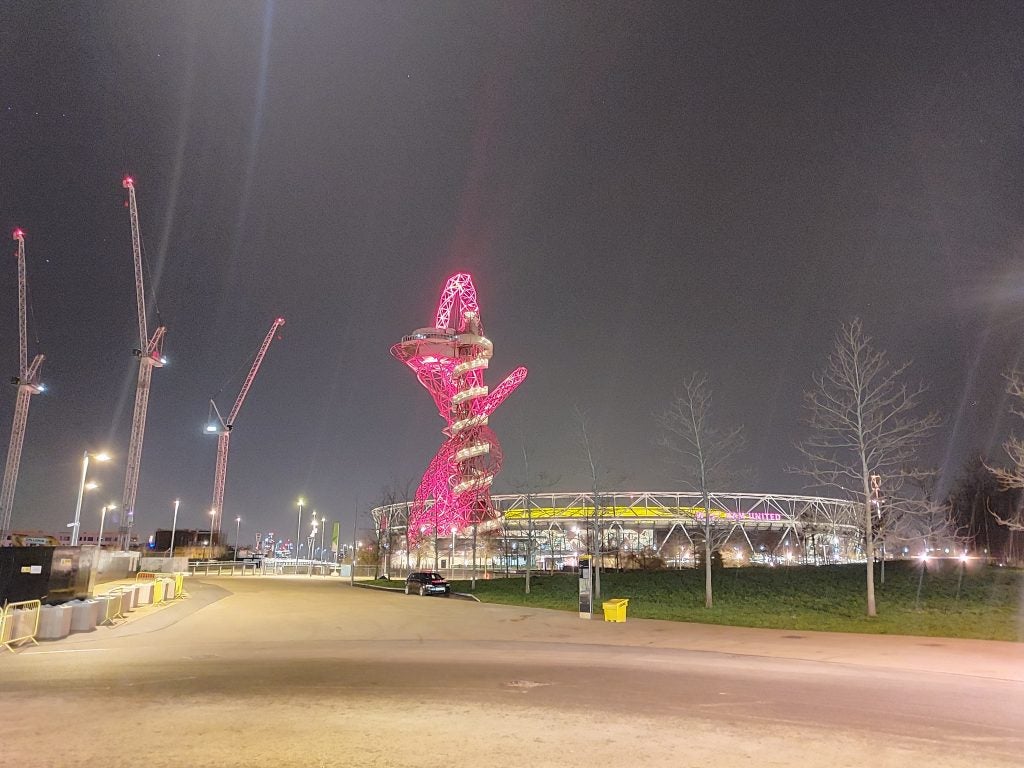 To really demonstrate how this low-light shooting is lacking, the above images compare the same shot taken by the Samsung Galaxy S10 Lite and the Huawei Mate 30 Pro, both with Night Mode on; Huawei’s effort provides far more depth of colour compared to the somewhat anaemic S10 Lite’s result. 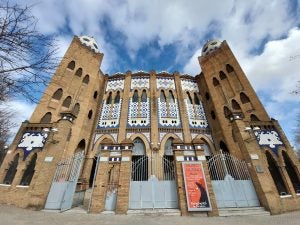 The wide angle lens offers a useful option when you want to take a “step back” from the subject and expand your field of view. This lens does distort the image somewhat, which negates the realism of the photo, but sometimes it can be a neat effect to emphasise scale. 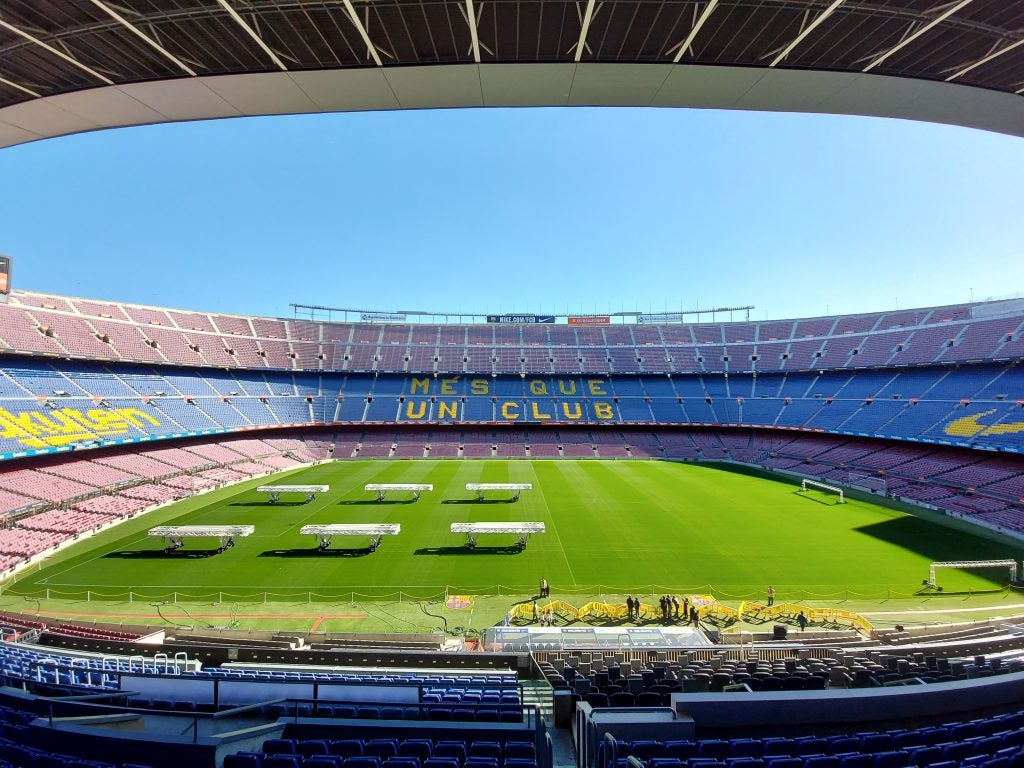 Shots with the ultra-wide camera reproduce more vibrant colours than the main camera, and its inclusion certainly adds welcome versatility to the device’s photographic arsenal. 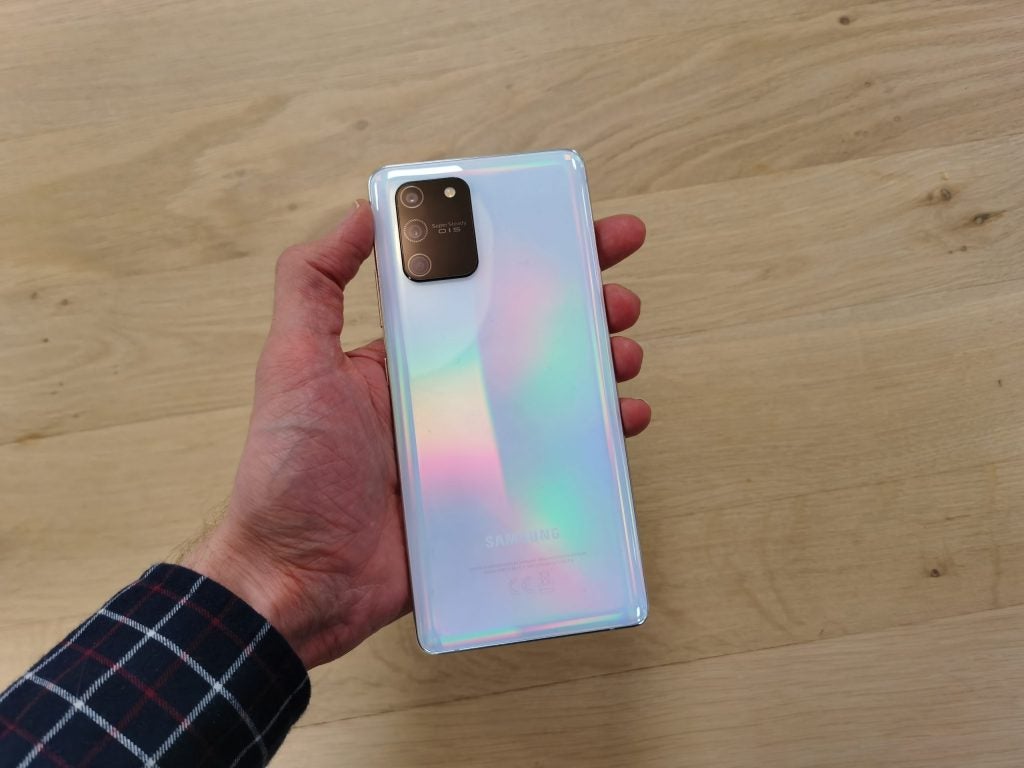 The battery has a 4500mAh capacity, which is a considerable size, matching the Samsung Galaxy Note 10 and beating all other handsets in the S10 range.

After streaming a 96-minute film, the battery was cut down from full to a still-healthy 88%. It lasted through a busy day of travel and tourism, when I used the camera and Google Maps and other demanding apps frequently, but I did have to put it on charge before heading out later in the evening. This device should easily last you through a working day, and then some.

Charging is also one of the phone’s strong points. Going by our results it should take you not far over an hour to charge the phone from zero to full. Here’s the full breakdown of the charging times:

You won’t be let down by the battery on this device, and it charges right back up in short order too. These are two of the strongest reasons to recommend the phone.

Should you buy the Samsung Galaxy S10 Lite?

If you are prepared to part with a decent chunk of cash, but haven’t quite got the funds for a top-flight flagship, then you should consider the Samsung Galaxy S10 Lite.

Among this class of phones it has great performance stats, an attractive design, a very good battery and strong fast-charging – but we’ve seen better cameras around for the same price, such as the Xiaomi Mi 9 and the Google Pixel 3a.