What is the Samsung Galaxy K Zoom?

The Samsung Galaxy K Zoom is a phone-camera hybrid, and not Samsung’s first. Last year it made the Galaxy S4 Zoom.

Both phones are based on the same rough idea: a phone with the lens of a ‘proper’ camera. But the K Zoom offers better specs and sensibly distances itself from the Samsung Galaxy S5 in its naming. Just like last time, though, it is only really for people who must have an optical zoom.

The Samsung Galaxy K Zoom is the sort of device you might imagine resulting if you put a compact camera and a phone next to each other and pushed them together really hard. It has the dimpled back styling of Samsung’s latest phones, and looks just like a normal phone from the front. But on the back is a giant lens housing that sticks out and alters the weighting of the phone substantially.

Its lens is a key feature – this is one of just a few phones to be released in the UK to feature an optical zoom. It is a 10x optical zoom too, offering the kind of focal range you get in a superzoom compact, not just a bog-standard one. 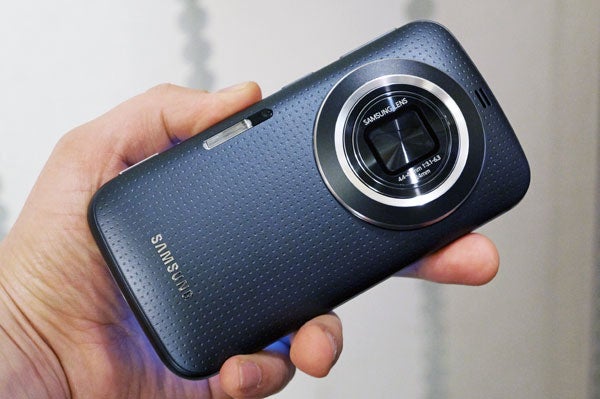 We fully appreciate that Samsung probably had to do some clever design work to get the Galaxy K Zoom to its current size, but it remains seriously chunky by current standards. It’s 20mm thick by its lens, and 16.6mm thick across most of its middle. If this was a teenager, it’d constantly have its self-esteem chipped away at by suggestions that it “really likes its food”.

The odd shape of the phone does take a little getting used to as the lens housing sits your hand naturally wants to lie. It’s fairly comfy to hold with one finger resting directly on the lens, even though this seems a little odd at first – most of us are taught when growing up not to poke TV screens, camera lenses or speaker cones – but the lens is actually covered by a layer of Gorilla Glass 2 to keep it safe.

The weight of the Samsung Galaxy K Zoom is also unusual. It’s a heavy phone, and Samsung doesn’t make many of those. It weighs 200g, 55g heavier than the Galaxy S5. Thanks to the camera lens optics, quite a lot of that weight sits up at the top end of the phone. Unusual weight distribution makes the bedding-in process take even longer. 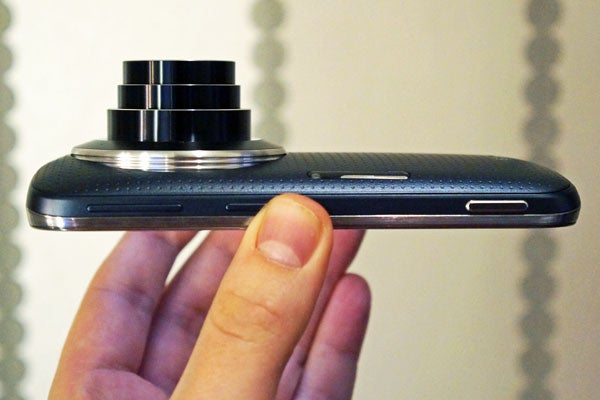 If you’re going to fall in love with the K Zoom, it’ll probably be a slow-burner. And you need to bear this in mind, or you might take an instant dislike to the Samsung Galaxy K Zoom.

As well as being a lot chunkier than Samsung’s other phones, the K Zoom misses out on several hardware extras you get elsewhere. There’s no waterproofing, and no fingerprint sensor, both of which feature in the Galaxy S5. We don’t miss the finger scanner, but a bit of waterproofing would come in handy when out shooting some pics on a rainy day – not that the phone will instantly die as soon as it touches a raindrop. 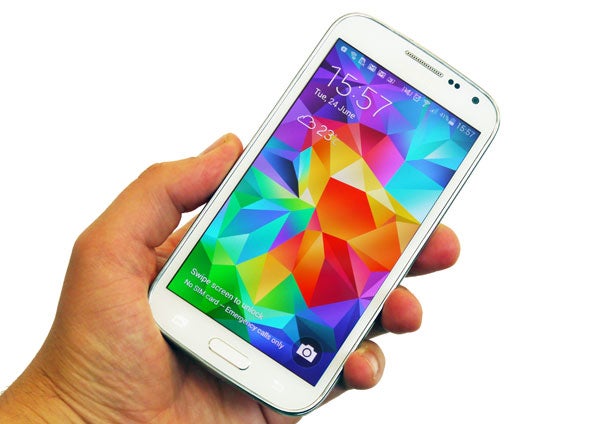 What the Galaxy K Zoom shares with the Galaxy S5 is its slightly plasticky feel. We used the white version, and it tends to have a less soft finish than the company’s latest black phones – there’s more to picking a colour than just the look these days.

The Galaxy K Zoom has a microSD card slot too, and it is – thankfully – on the side of the phone. Normally Samsung puts its card slots under the battery cover, and normally that makes perfect sense. But with a camera-obsessed phone where you’re much more likely to be swapping out cards regularly, the little plastic microSD flap on the left edge is a welcome sight.

The Samsung Galaxy K Zoom has a 4.8-inch screen, and it feels a year or two behind the current top phones.

Like the Galaxy S5, the K Zoom uses a Super AMOLED display, but the resolution is 720p rather than 1080p. In an LCD phone a 720p display would offer a pretty sharp image, but thanks to the phone’s PenTile-type OLED screen, it looks a little fuzzy.

So what does PenTile mean? It’s a screen type that sees pixels share subpixels. In a normal LCD pixel, there are red, green and blue (RGB) sub pixels in each pixel. In a PenTile array, one red, one blue and two green (RGBG) subpixels form two pixels. Unless a screen has an oversampling of pixels, a PenTile arrangement looks a lot less sharp than a standard RGB rival. 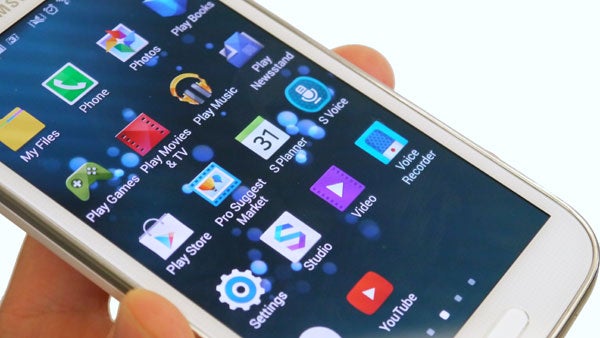 To put this into some greater context, the Galaxy K Zoom screen looks much, much less sharp than the Motorola Moto G. And it’s on-par with the Galaxy S3 in sharpness – which feels pretty ancient these days.

The Galaxy K Zoom also has none of the colour saturation improvements we saw in the Galaxy S5. Colours are severely oversaturated, and unlike some other Samsung phone there are no custom screen modes to let you tone this down. We’ll be frank – we’re disappointed, and it marks a real step back after the fantastic screen of the Galaxy S5.

Top brightness is also a little low to take on bright daylight with the same ease that some of the latest high-end phones manage, though it is still just about usable in these conditions. Also, whites aren’t as pure-looking as those of a good LCD either, with a slight blue tint. 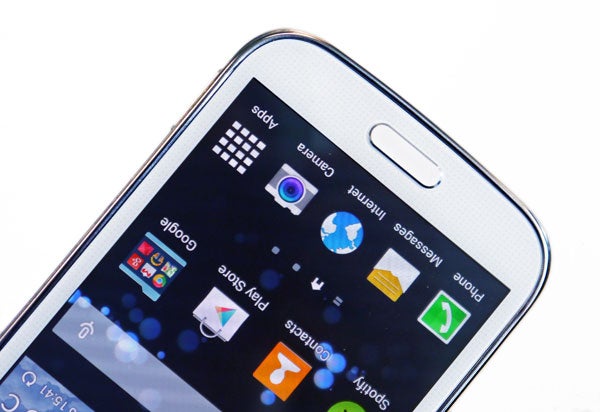 You do still get the traditional benefits of an OLED screen, so contrast, black level and viewing angles are all excellent. The screen looks very vivid and rich, it just that colours are about as realistic as a kid’s cartoon.

Your eyes will adjust to the screen’s overblown colours, and despite the PenTile style the display is reasonably sharp. But if you’re expecting a real top-end display you’ll be disappointed.