The Samsung Galaxy K Zoom runs the version of Android introduced to Samsung phones with the Galaxy S5. It was touted as an interface that pared things back compared with previous versions, but there are still some pretty serious alterations from standard Android.

Samsung has changed the Settings menu from a list to scrolling array of colourful circles. It looks funkier, but some people don’t like how mammoth the menu ends up – there’s a lot of scrolling to be done here. 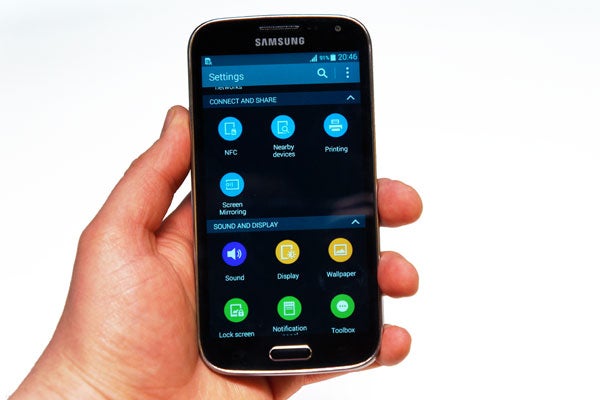 The Samsung Galaxy K Zoom also has its own extra home screen, My Magazine. You get to this by flicking left-to-right on the left-most homescreen, and it gives you a bunch of headlines based on your favourite categories – Books, Travel, Sport and Food/Dining are a few examples. You can also add social networks like Twitter and Facebook, although you only get to see one update unless you dig deeper.

My Magazine is basically just a frontend for Flipboard, though – one of the more popular news aggregation apps. We don’t find it particularly useful, as while it’s very pretty you don’t get all that much control over what appears in it. 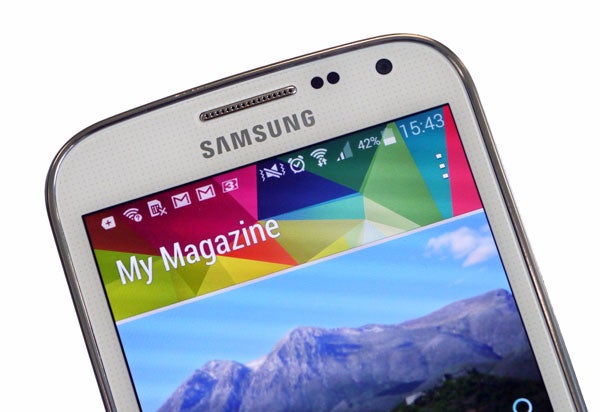 You can ignore much of what Samsung has packed into the phone, though, and it’s easier to do so than in Samsung’s top phones from last year. The gimmicky features are still there, but they don’t grab as much of the limelight as they used to.

The Galaxy K Zoom also lets you customise your app screen, and hide absolutely any app you like, including those that you can’t uninstall, like Gmail (why would you want to?) and Samsung Apps (who wouldn’t want to?). From a company infamous for making its interfaces quite thick and bloated, having this power is great.

Still, some elements of the Samsung interface are a bit overdone. The drop-down notifications bar, for example, is only about 60 per cent notifications. Again, you can tweak this if you want more notification space, but these little efforts add up. It’s often the case with recent Samsungs – you can fiddle with them a fair, bit, but fresh out of the box they will feel a little congested to some. 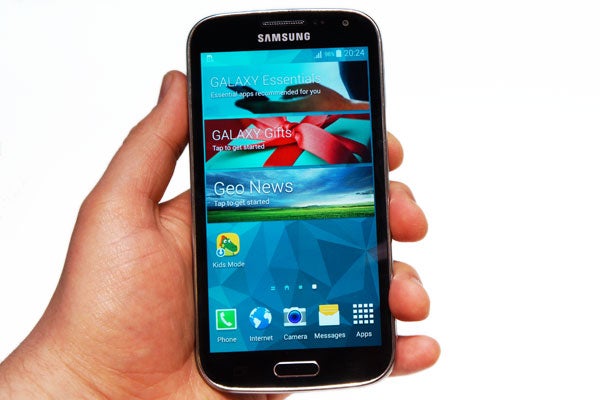 Samsung has cut down a fair bit on the extra apps it packs into its phones and, as already mentioned, you can hide ones you don’t want to see. There are still a few extras, though, mostly related to photography.

Studio
This camera-centric app lets you edit photos and video, and make collages of some of your favourite shots. What you can actually do with photos isn’t that much more involved than a decent normal phone editor app, but gives you an easy place to access all these features. And you get video editing too. 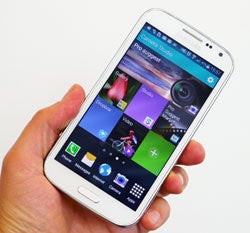 Pro Suggest Market
This gives you access to more custom profiles for the camera – as part of the Pro Suggest feature we’ll get onto later. They involve combos of filters and photo settings, giving you that ‘Instagram’ effect, but with more specificity. The ‘Pro’ is misplaced as this is really a mode for novices, and it’s typical of Samsung’s over-doing things. But some might like it.

S Planner
This is Samsung’s long-standing calendar app, replacing the standard Google Calendar.  One of its neater features is that you get a month view including daily events if you turn the K Zoom on its side, while the portrait view is much more casual.

Samsung Apps
Samsung’s app store is something people often groan at. It’s a bit like Google Play, but worse. However, it does have sections for you to download all the Samsung bits and bobs left out of the K Zoom. These include S Note, Group Play and Polaris Office 5.

Samsung phones are infamous for being a bit laggy, and we imagine the K Zoom would be too if you installed reams of apps and didn’t keep an eye on the remaining storage. We also noticed more app crashes than normal. The phone needs a stability update or two, before its decent performance can really get into the right gear.

The Samsung Galaxy K Zoom has a six-core processor, an Exynos 5260 with four lower-power 1.3GHz Cortex-A7 cores and a pair of Cortex-A15 cores clocked at 1.7GHz. 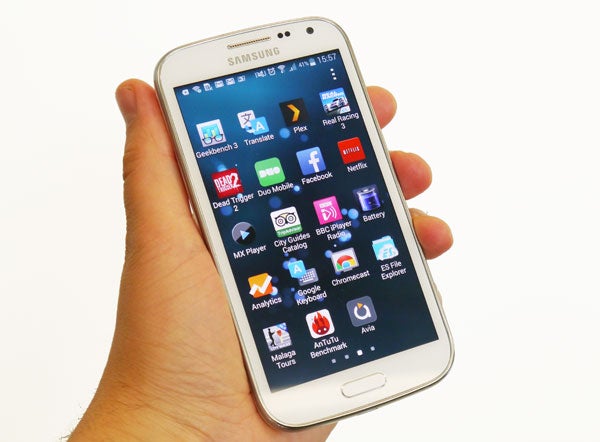 This seems a pretty sensible combo for a phone like this – the four high-efficiency cores will do the job for day-to-day use and for more processor intensive tasks a 720p screen means the K Zoom doesn’t need quite as much power as the 1080p Galaxy S5.

We did notice some frame drops in Real Racing 3, but we noticed the same in even the top phones. In the Geekbench 3 benchmark, the K Zoom comes out with 2064 points. That’s a fair bit lower than the 2800-odd score you can get out of the Galaxy S5, and is just a bit above the scores of the Snapdragon 600 phones that were last year’s top models. Phones like the Samsung Galaxy S4 and original HTC One.

With 2GB of RAM topping off the spec list, the Samsung Galaxy K Zoom is an upper-mid range phone, not a top-end phone. What’s worth noting is that the Exynos 5260 seems to be a fair bit slower than the Snapdragon 800 CPU that is currently working its way down the ranks as it ages. For example, the very capable LG G2 sells for under £300 SIM-free and uses the Snapdragon 800.