The Galaxy K Zoom has a 2430mAh, 9.23Wh battery, and as with many Samsung phones you can take the rear cover off to access it. Those looking to replace a dedicated camera with the Galaxy K Zoom may want to think about carrying around a spare too, as battery stamina is pretty poor. 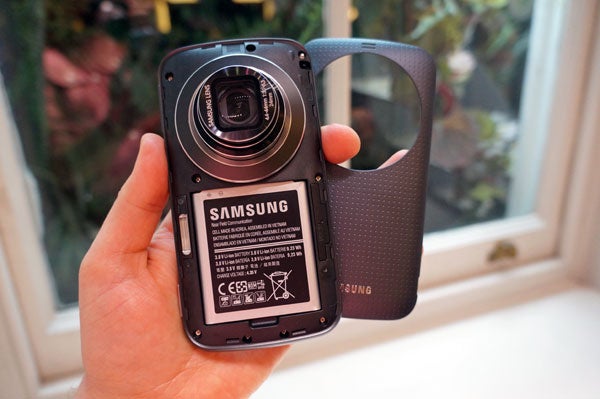 With normal use, we found that the battery drained down within the day, failing to provide that second day buffer that we think is a near-essential part of making a phone convenient to use. The battery drains fairly quickly even if you barely use the phone.

Here are some graphs of how the battery drains in various situations: 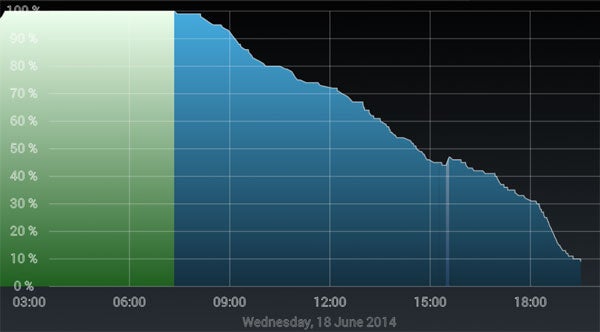 This is a normal day with the K Zoom. It was almost dead by about 7:30pm, with no particularly battery-sapping tasks performed. We weren’t gaming for hours, just browsing the web to and from work, and checking emails occasionally. Note that there are none of the near-flat parts you see with a phone using a Snapdragon 800/801 CPU, showing that the Exynos chip used here isn’t great at managing battery use on standby. 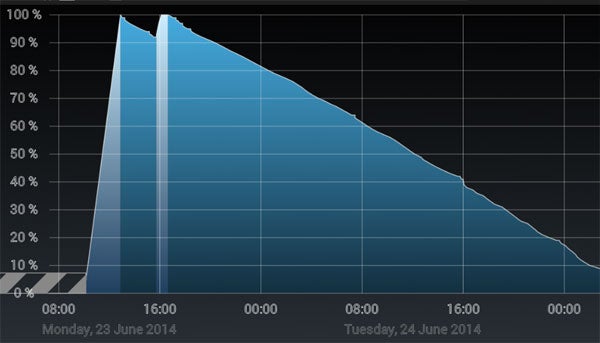 During the time seen in the graph above, the Galaxy K Zoom was resting at the bottom of a bag. It was turned on, and with occasional Wi-Fi, but we weren’t using it. We still only got a day and a half out of the phone – bad times.

There are, however, a couple of power-saving modes to extend the K Zoom’s longevity. The standard power saving mode blocks background mobile data and limits other features – it can throttle the CPU, limit screen brightness, turn off the touch key lights and switch off location services like GPS. The phone is going to be a bit less fun to use in this mode, though. It’s best saved for emergencies.

Taking the power saving techniques a step further, there’s also Ultra Power Saving Mode. This radically changes the phone, providing a cut-down interface that only gives you access to a few phone features. This kind of mode is seen in several recent phones, including the Galaxy S5.

Charging takes around 2.5-3 hours, which is normal-to-slow. Some phones like the LG G3 are starting to offer super-speedy initial charging of the first ~80 per cent, but the Galaxy K Zoom is bog-standard in this regard. 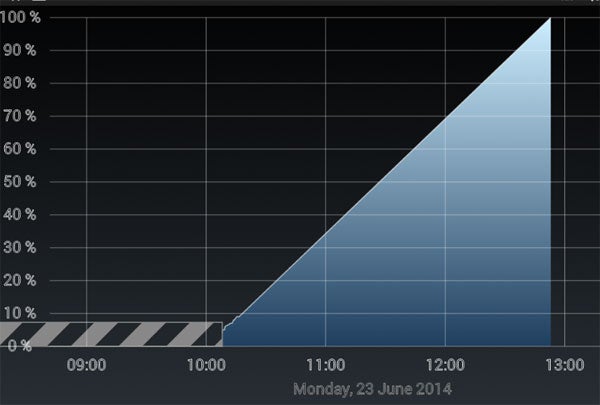 The Galaxy K Zoom doesn’t put all that much focus on its speakers either – the call speaker on the front and the music speaker on the back. Each provides an adequate, but unremarkable, experience.

The mini speaker on the rear goes to a decent volume, but the tone of the sound is nothing to get excited about. It doesn’t have the power of the LG G3’s 1W speaker, or the beefier sound you get with the HTC One M8’s BoomSound speakers. 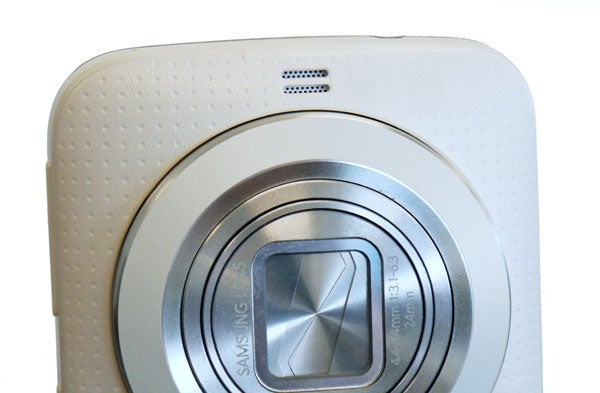 There are just a few missing connections in the Galaxy K Zoom. You don’t get ac Wi-Fi and there isn’t an IR blaster, which lets a phone double up as universal remote control. Most people don’t think these are essentials, but they are the sort of things you get in some phones of the same price. 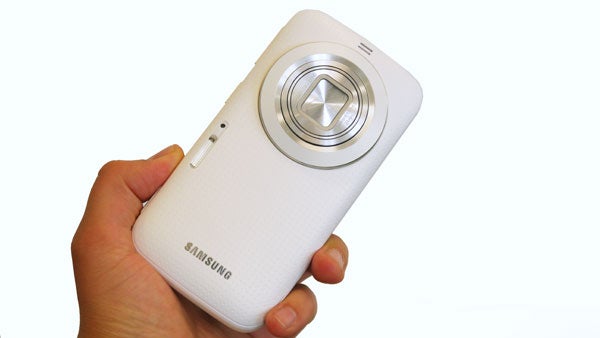 Should I Buy the Galaxy K Zoom?

The Samsung Galaxy K Zoom is a strange middle-ground phone. It doesn’t have every latest feature under the sun, but makes sacrifices in design that mean people may assume it does.

Really, this phone is all about the optical zoom, and we still think that the Galaxy S5 can actually produce somewhat superior photos when shooting at a wide angle. For most, this phone isn’t really a sensible compromise, but there are real benefits to having a 10x optical zoom in a phone.

It means you can compose shots that virtually every other camera phone would miss, and does make this – at least to some photographers – the most adept camera-replacing new phone of the year. Take the zoom out of the equation, though, and the K Zoom is less impressive. The screen is not up there with the best, raw power won’t impress those who care about such things and while the camera is great, it doesn’t offer the best-in-class image quality you might be expecting.

You pay for the Samsung Galaxy K Zoom’s optical zoom in its chunky body, its somewhat low-res screen and processor that’s not too hot for the price. It’s one compromise too many for most, but there’s no denying how useful a 10x zoom can be.

Next, read our Best Phones round-up