Galaxy K Zoom – What is the camera like to use?

The Samsung Galaxy K Zoom effectively has a compact camera jammed onto its phone core. It’s very flexible in some respects, but is no replacement for a compact system camera or DSLR. If you’re after that sort of combo your best bet is the Sony QX100 Lens Camera, which clings onto your phone. But in all honesty, we wouldn’t recommend that either. 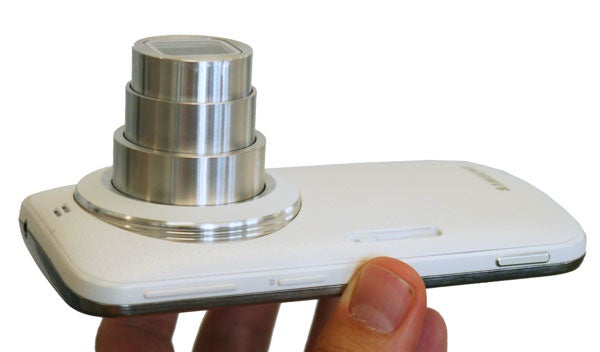 The Samsung Galaxy K Zoom has a 20.7-megapixel main sensor that’s 1/2.3-inch in size. That’s exactly the same specs as the Sony Xperia Z2. While they are not the same sensor (the K Zoom’s is actually made by Samsung, we’ve been told), they are similar. It’s the same size used in many entry-level compacts too.

The zoom is a great compositional tool – with a 10x zoom you can often get shots that simply wouldn’t be possible with a fixed zoom and a pair of legs. For shooting faraway objects while retaining detail, it’s indispensable.

The lens also lets you get closer to objects while staying in focus than most phones. This is not a question of the zoom range, but rather the mechanics of the lens – the actual zoom is useless for any kind of macro action. 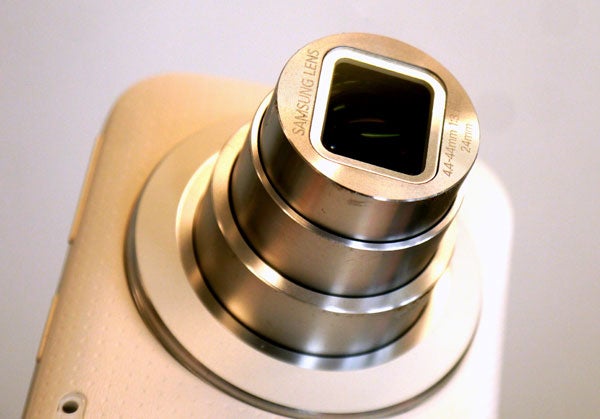 Where you controlled the zoom with a wheel sitting around the lens in the Galaxy S4 Zoom, here it’s done either through the app or using the volume up/down buttons. It’s a conservative, but ultimately very sensible way to operate the zoom.

However, there are downsides to the optical zoom. The most obvious is speed. It takes around 4-4.5 seconds to get from the phone’s main interface to the point where you can take a photo, when using the physical shutter button to boot up the camera.

Getting the zoom moving is also a little slow, although actually passing through the zoom range is reasonably snappy. These little slow-downs are enough to wear away much of the immediate feel that makes mobile phone photography such fun. And like the chunky bodywork, it takes some getting used to.

Next, we’re going to look at what the phone’s image quality is like.

At first you may assume that the Galaxy K Zoom will offer better image quality than the Galaxy S5. It has a higher-resolution sensor – by four full megapixels – and appears more camera-centric in its design. However, as standard it only uses 15 of its 20 megapixels, cropping into the picture to take 16:9 aspect photos that fit the phone’s screen.

One of the lesser talked-about issues with mobile phone cameras is that they almost universally shoot widescreen photos while their sensors are usually 4:3 in shape. Unless you change that in the settings, you’re not using the whole sensor. We switched to 4:3 shooting for this review.

The Galaxy S5’s 16:9 shots are actually higher-res than the K Zoom’s, and we do think that the Galaxy S5 has a slight edge on image quality when shooting fully wide (i.e. not extending the zoom). The S5’s pictures are more contrasty, marginally better-saturated and offer slightly more fine detail.

The K Zoom’s lens also introduces an image quality issue. When shooting wide-angle shots, the image sharpness drops off pretty severely towards the edge of the frame. Zoom lenses often feature this kind of edge of frame image deterioration – it’s easier to provide edge-to-edge sharpness in a non-zoom ‘prime’ lens like that of most phones. Even if they are made of plastic (normal phone lenses are made of plastic, not glass), the best phone lenses are pretty sharp. 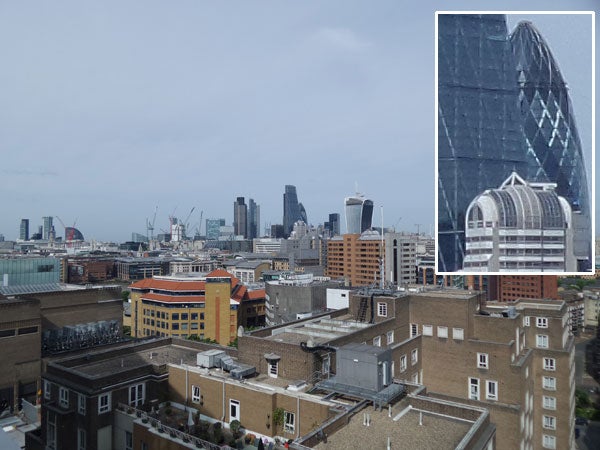 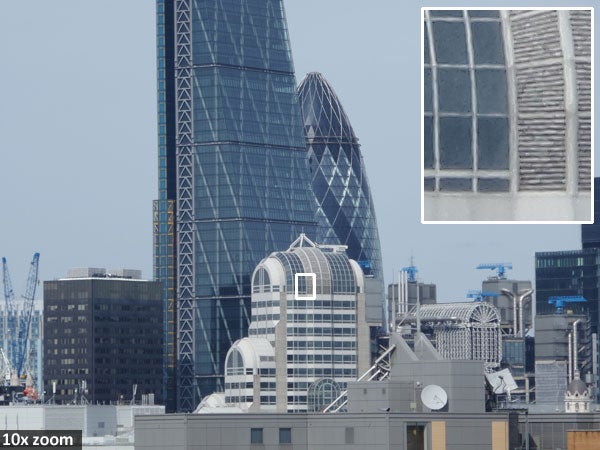 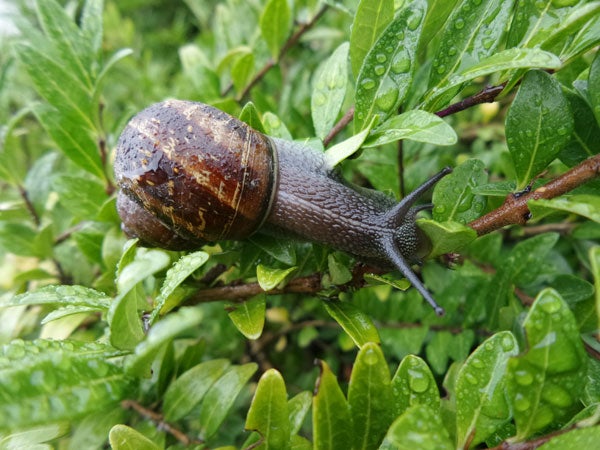 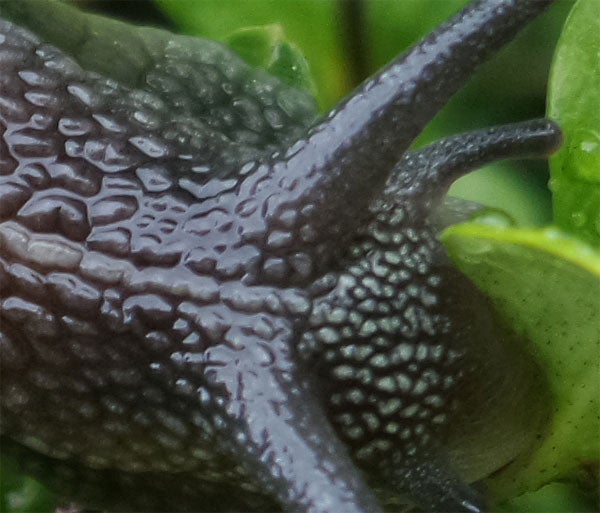 We should note that the Galaxy S5 is a great performer among phones, and that the K Zoom loses out to it a little is no great surprise, and no reason to rule the phone out.

The K Zoom also has a couple of things the Galaxy S5 lacks – optical image stabilisation and a Xenon flash.

Both really help to hugely increase the camera’s versatility in low light. OIS means you get much lower-noise, higher detail low-light shots without any truly drastic processing.

To test the K Zoom’s low light skills we took the camera to a gig. In this sort of a situation, the Xenon flash isn’t much good. While a Xenon’s coverage is even and its tone better than most LEDs, the range is still limited to a few metres.

OIS really helps out with exposure, noise and detail, but it’s not much good for action shots. The principal behind the way OIS is generally used in a mobile phone stills camera is that it allows the use of longer exposure times, giving the K Zoom more light to make its photos out of.

Of course, this also means more motion is captured in moving objects, giving loads of motion blur. The K Zoom doesn’t give you a real way to control this either. Its ‘program’ mode only gives you control over the ISO and exposure compensation – there are read outs for aperture and shutter speed, but you can’t control them. 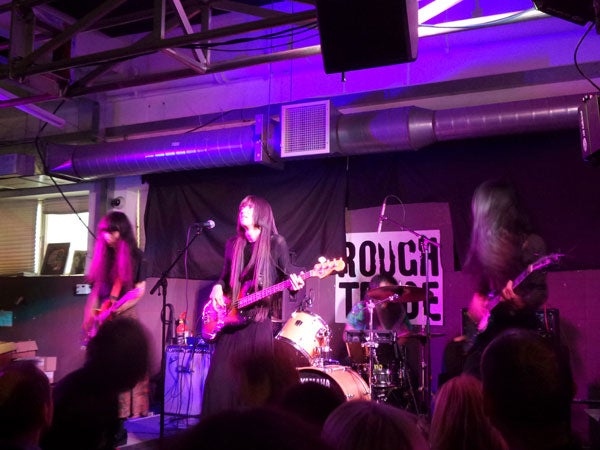 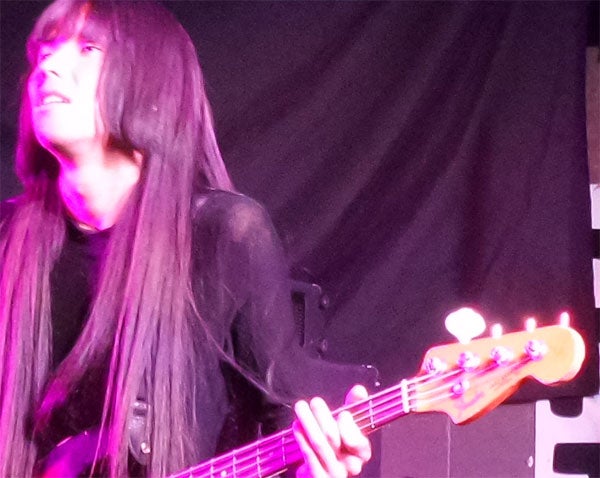 Samsung will sell the K Zoom as a phone for people who really care about photography, but it gives you less control over the mechanics than either the Lumia 1020 or HTC One M8.

Embrace the limitations and you’ll get on with the Galaxy K Zoom a bit better. It’s designed for people who are looking for punchy-looking images, generally using funky filters, over pure photography. Here’s a look at the modes you get: 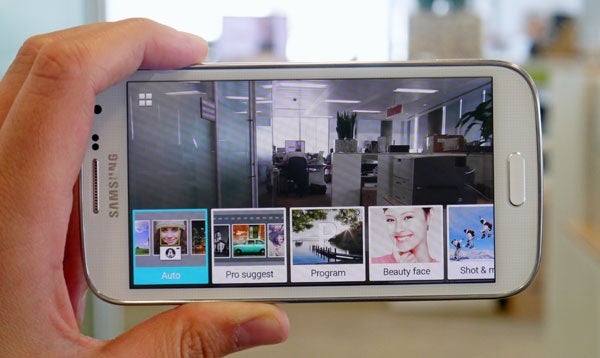 Pro Suggest
This suggests filters for you to use when you half-depress the shutter button. It’s not really a pro mode, more a mode for super-novices who want to be schooled on the filters they should use for various occasions. We tend to apply these after shooting, but it can be used as a sort of Instagram 101 for those who are after that sort of thing.

Program
The closest we have to a manual mode in the K Zoom, Program lets you play with the ISO and exposure compensation settings. You don’t have control over shutter speed or aperture – a shame – but this is the mode to use if you think you know what you’re doing.

Beauty face
This gets rid of wrinkles and facial blemishes – the equivalent of live photoshopping.

Shot and More
This mode offers the array of burst modes that older Samsung phones used to feature separately.

Virtual Tour
You walk around an environment and the K Zoom stitches together photos a la Google Street View to give you a virtual tour of a place. Probably a house.

Selfie Alarm
This lets you take a selfie using the rear camera rather than the front one. You draw a box on the screen and the K Zoom bleeps when it sees your face in the right place.

Other modes include Panorama, HDR, Night and Continuous shot. It’s a bumper crop.

The Galaxy K Zoom also has a 2-megapixel front camera. There’s no zoom, of course, but it’s pretty decent. The preview updates quickly, colour and detail are perfectly fine and you can shoot 1080p video. There are now significantly better front cameras, like the 5-megapixel HTC One M8, but it’s good enough to keep 99 per cent of normal people happy – a really high resolution camera tends to emphasise your craggy bits anyway.