The spooky season is finally here, meaning it’s time to delve into some of the best gaming has to offer when it comes to scaring the pants off yourself and everyone you love.

This generation of consoles has dished out countless terrifying experiences, many of which have already cemented themselves as stone-cold classics in the eyes of horror veterans.

You can call us Spooky Reviews as we compile some of the best horror games you should be playing this Halloween, whether it’s a modern blockbuster or hidden gem from years gone by. 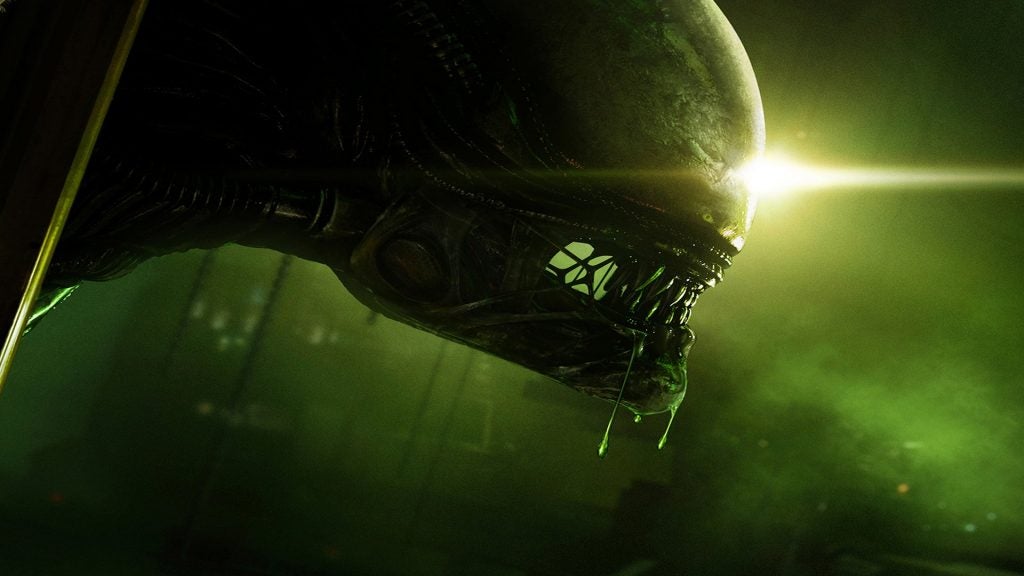 I’m still heartbroken that Creative Assembly’s stellar love-letter to Ridley Scott’s iconic franchise hasn’t received a sequel, because Alien Isolation is quite simply one of the best horror games ever made. It’s supremely faithful to the source material while expanding on the universe in some fascinating ways.

Amanda Ripley, the daughter of Ellen Ripley, finds herself abandoned on a colossal space station known as the Sevastopol. It’s without power or resources, and the citizens aboard are running scared over an unknown threat – turns out it’s none other than a Xenomorph. With all her wits about her, Amanda must do whatever she can to survive. The best spooky experience to play with friends

There aren’t many great games inspired by the big killer franchises of the seventies and eighties, but Dead by Daylight brings them back to life better than the modern movie remakes. The secret’s in the setup. Four players play survivors, working to escape each creepy level by fixing the generators that power the gate.

But they’re being hunted by a fifth player – a fiendish killer with supernatural skills. It’s the killer’s job to find each survivor and hang them as a sacrifice from a hook. They’re fast, strong and can’t be hurt. The survivors will need all their ingenuity to dodge them, distract them and live long enough to get out.

Each killer has his or her own special powers, laying traps, turning invisible, shifting forwards for a brutal stealth attack. Dead by Daylight started strong with riffs on Leatherface and Jason, and has since added movie tie-ins for Saw, The Texas Chainsaw Massacre, Nightmare on Elm St and Halloween, plus monsters inspired by Japanese horror, haunted hospitals and killer clowns. Sure, it’s hide and seek at heart, but so much scarier for the hiders and viciously rewarding for the seeker. If Dead by Daylight doesn’t raise your pulse, well, it must be daylight already for you. 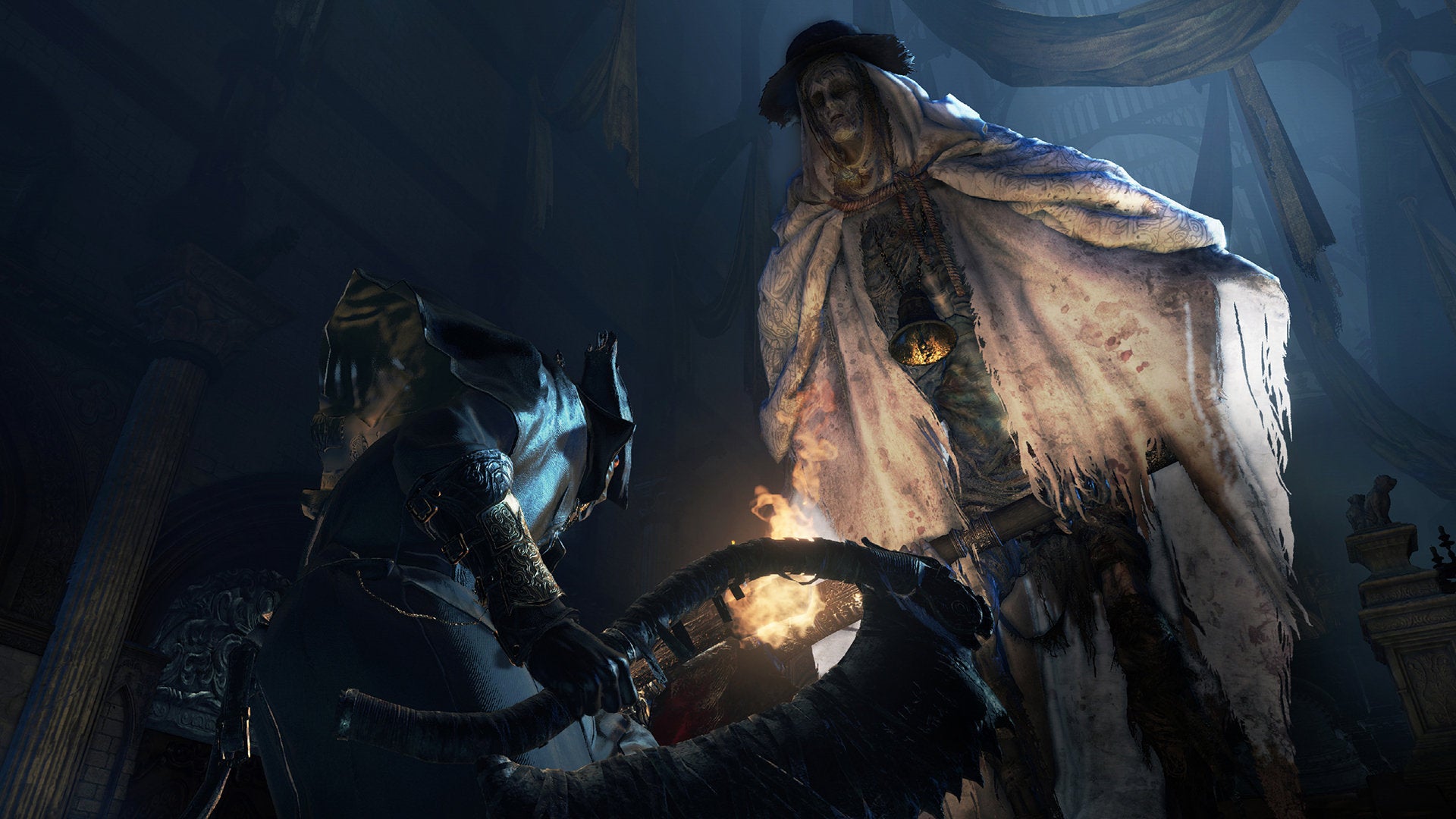 The best horror-themed RPG of this generation

There’s always been an element of horror in the fantasy of the Souls games, but with Bloodborne From Software let it rip. Yharnam is the place where steampunk dark fantasy and Lovecraft meet, where malevolent horrors haunt the squares and cemeteries and blood-crazed mobs roam the dark, cobbled streets.

Prepare to die? Even with a toolbox of shape-shifting weapons and a stagger-causing firearm you’ll struggle to survive for long. Bloodborne pushes you to play aggressively, but it’s hard being aggressive when you’re every impulse is to run and hide.

While it’s doomed to play second fiddle to the Dark Souls trilogy, Bloodborne is still From at the top of its game; tough, beautifully balanced and featuring some of the most dramatic gothic scenery and hideous monsters it’s every produced. It’s the ultimate fight or flight game, and the scariest effort From has ever produced. 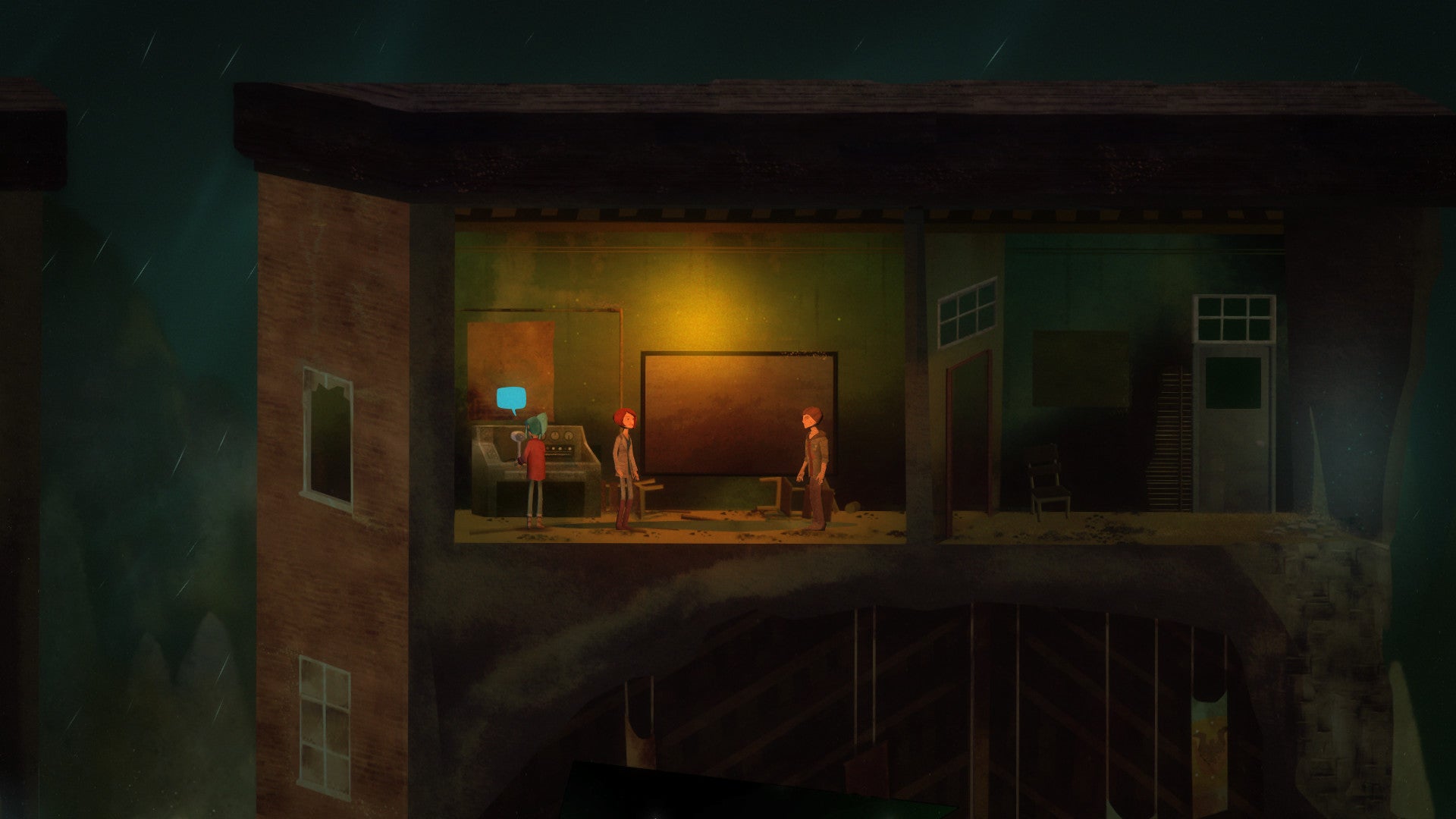 The best story driven spooks out there

Stranger Things has yet to produce a proper console adaptation, but maybe it doesn’t need to. Oxenfree has the same eighties vibe, the same movie influences and a similar story of high-school teens in trouble with mysterious forces. It’s smart, well-written and as funny and lovable as it is dark.

Built by Night School Studio, a studio set up by ex-Telltale folks, it’s a graphic adventure shown from a distinctive zoomed-out perspective, yet its characters seem recognisably real. Stuck on a holiday island where extra-dimensional powers appear to have been unleashed, it’s short on jump scares but big on creepy atmosphere, where mundane details clash against the sense that something really strange is going on.

It’s not the most terrifying game on this list, but it can be touching and oddly haunting – the sort of game where you’ll want to play it twice just to get the bigger picture. 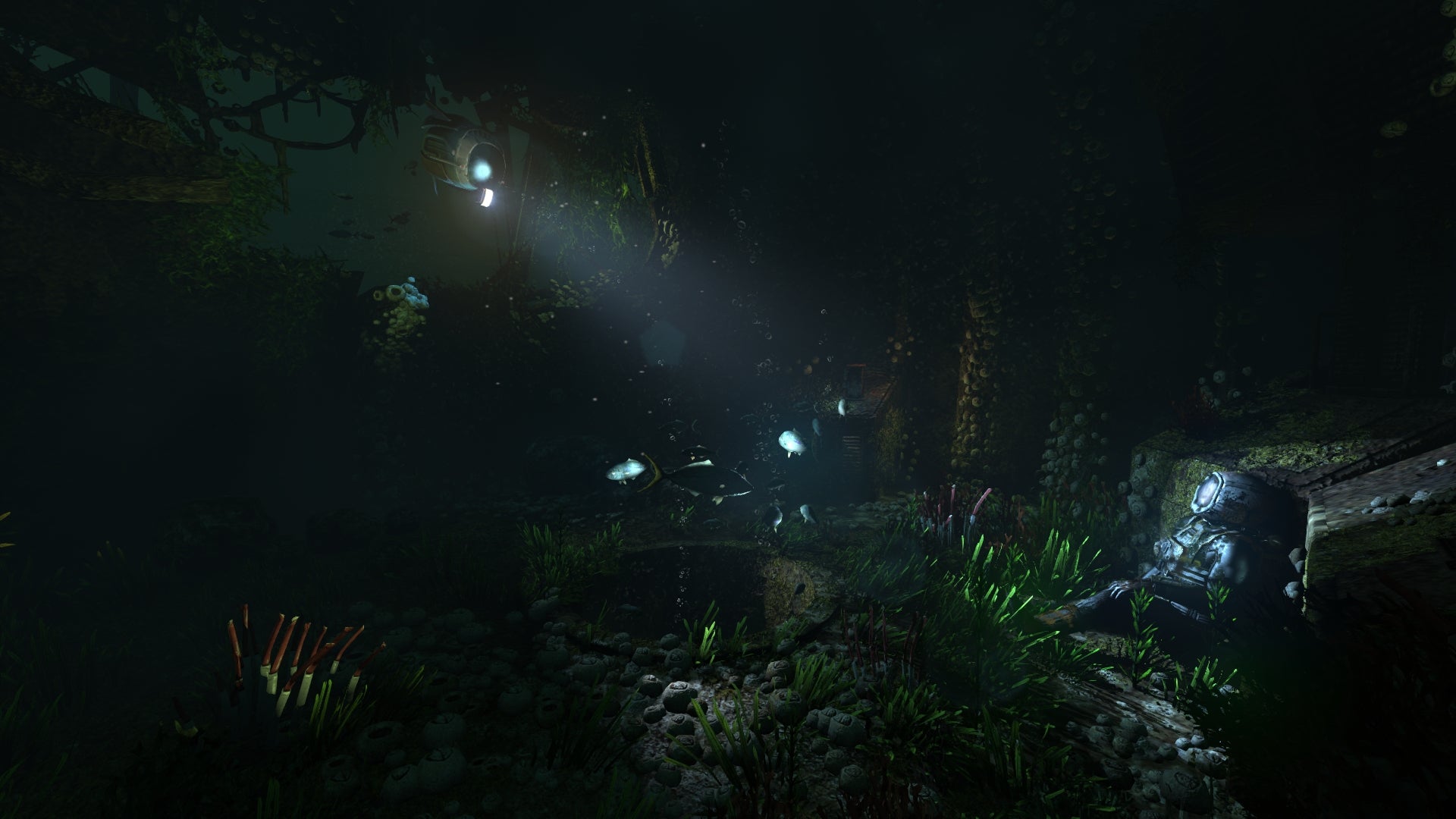 The best psychological horror you can find right now

Frictional Games are the masters of creeping dread and outright terror, Amnesia: The Dark Descent now looks dated, yet still makes hiding in the dark, trying not to look at something monstrous, powerfully scary eight years on. The studio’s follow-up, Soma, can be every bit as creepy – a journey through a deep ocean base in a post-apocalyptic world, patrolled by monsters so hideous you won’t want to look at them, or have them look too close at you.

As with Amnesia and Alien: Isolation, Soma isn’t a game about defeating threats but running away from them. You try to avoid detection and, when all else fails, leg it. For some, this runs counter to the game’s slow accumulation of dread, in which case the new Safe mode makes the monsters a little less threatening. The whole experience is sold by the undersea environments – so well-conceived and detailed that it’s hard to believe that they’re a fantasy – and once Soma’s probing nature gets under your skin, you just won’t shift it. Both cerebral and creepy, it’s a real thinking person’s horror game. 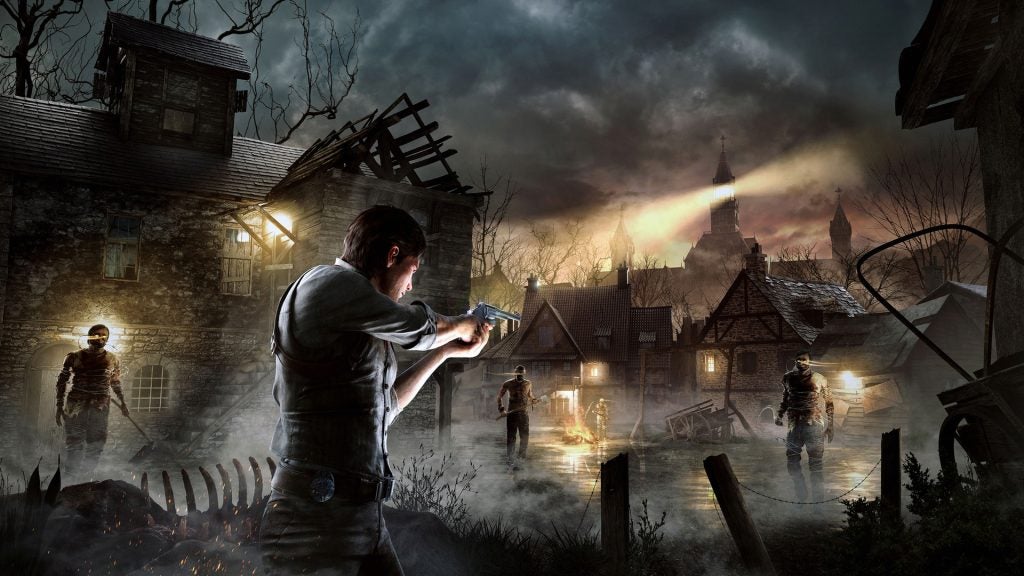 The best retro-style horror in years

Shinji Mikami is a legend in the world of survival horror – having crafting countless classics including the original Resident Evil. In recent years, he’s made his mark with his studio Tango Gameworks and the weird yet wonderful series known as The Evil Within.

Its sequel is the better experience both visually and mechanically, with the first entry being incredibly rough around the edges for a number of reasons. Despite this, I have a massive soft spot for it, purely because how it approaches, campy, blood-soaked horror in such an over-the-top manner.

If you’re after an enjoyable third-person shooter with an utterly ridiculous approach to evil monsters and mind-bending horror locales, you can’t get much better than this. 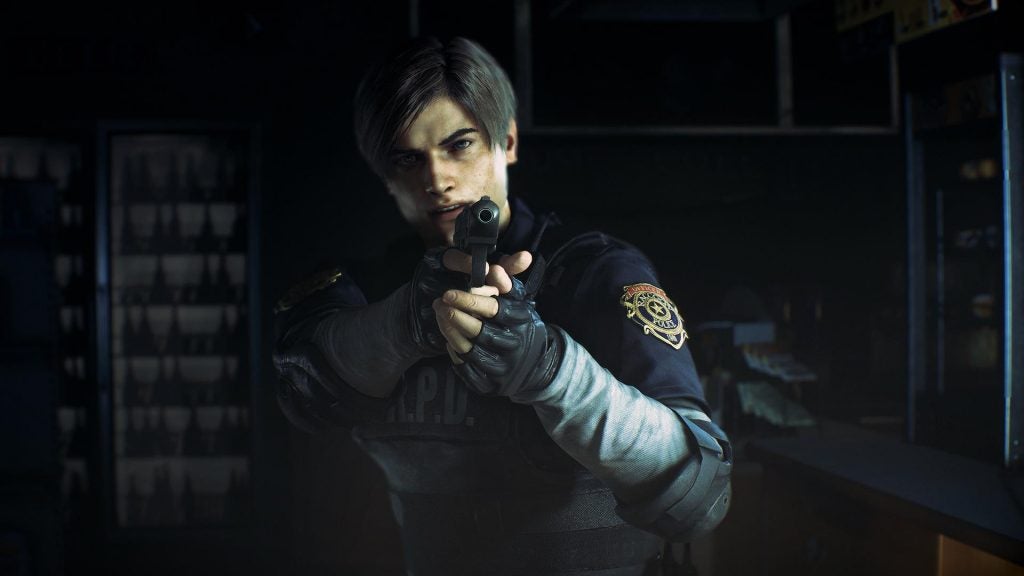 The best horror remake of all-time

Capcom has been on a hell of a hot streak lately, dominating the charts with hot new releases and revivals of franchises many thought abandoned. Resident Evil 2 was one such beast, a fully-fledged remake of the 1998 original, and it’s bloody fantastic.

You play as both Leon Kennedy and Claire Redfield – two young rebellious heroes who find themselves trapped inside Raccoon City amidst a zombie outbreak. It turns out darker forces are at work thanks to the Umbrella Corporation, and it’s up to them to uncover the truth and get out alive. The Persistence isn’t the last word in VR horror – if your stomach and nerves can handle it, go for Resident Evil 7. It is, however, a stunningly effective attempt at making horror work in VR, mixing Dead Space with Dead Cells and Dark Souls, the randomised kill, die, repeat antics of the roguelike with the jump scares of a more orchestrated linear game.

You’re the last remaining human on the Persistence, or at least the last remaining human consciousness that can be jacked into a succession of cloned bodies. This colossal star ship has gone crazy, affected by those good old dark dimensional forces which have set the ship’s matter replicators on overdrive, creating hideous mutant clones of the crew and creating a ship that changes shape every time you die. You keep pushing through, harvesting DNA from downed mutants and the corpses of old crew-mates, improving your abilities and gaining access to new weapons. And all the time you’re both hunter and the hunted, sneaking up on the mutants while ever wary of surprise attacks.

Out of VR this would be a good game, but not all that special. The Persistence wouldn’t actually be as weird or scary as sci-fi horror effort Echo, which nearly stole its place in this list. In VR, though, it’s a different story. You peek around nervously, alert for every sound and every sign of movement, with the tension only made worse by the nerve-torturing use of sound. Maybe being the second-scariest VR horror game is enough. 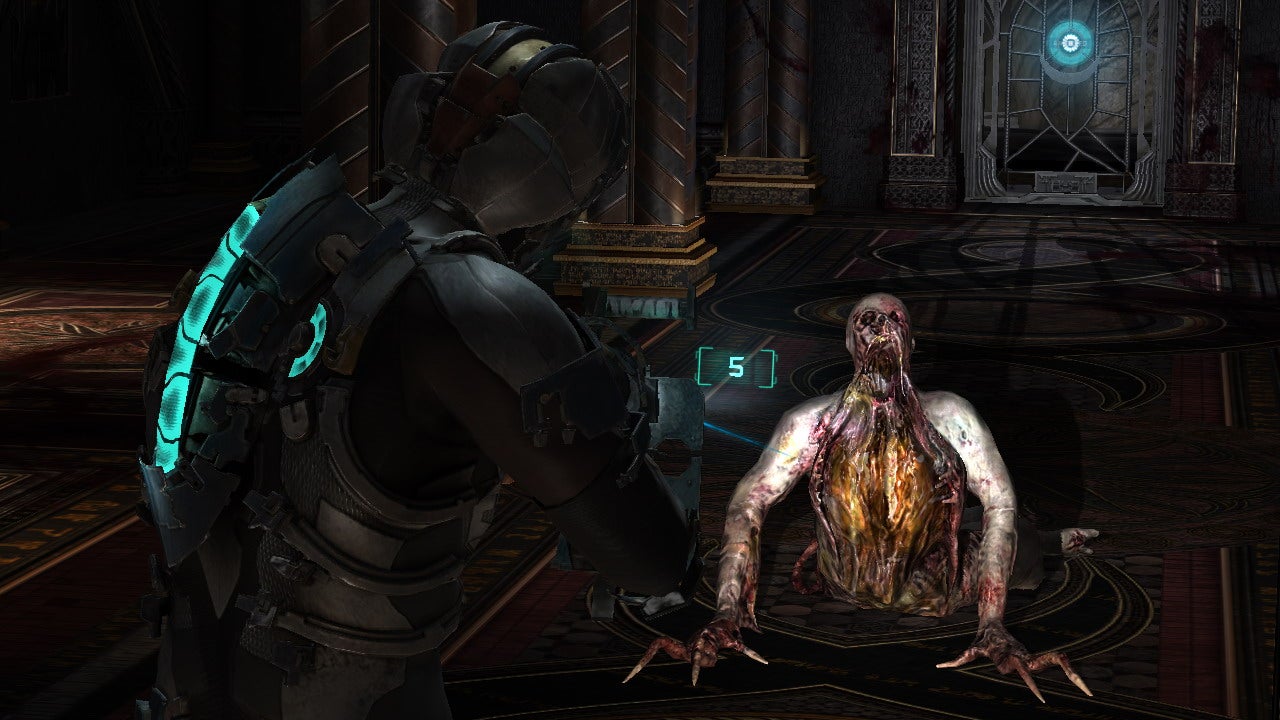 The best and bloodiest alien scares around

Just when Resident Evil started going wrong, Dead Space gave us a new sci-fi take on survival horror, and the first two games are still amongst the genre’s best. For its clear vision and scary atmospherics the original is hard to beat, but the sequel is even darker and more psychologically affecting, helped by one of the great dark future settings of any video game.

Dead Space 2 gave you the tools you needed to slay the monsters but not so much firepower that you wouldn’t fear them. Grab both games for PC on EA Origin or on Xbox One through the store (thanks to backwards compatibility). They haven’t lost their ability to freak you out. 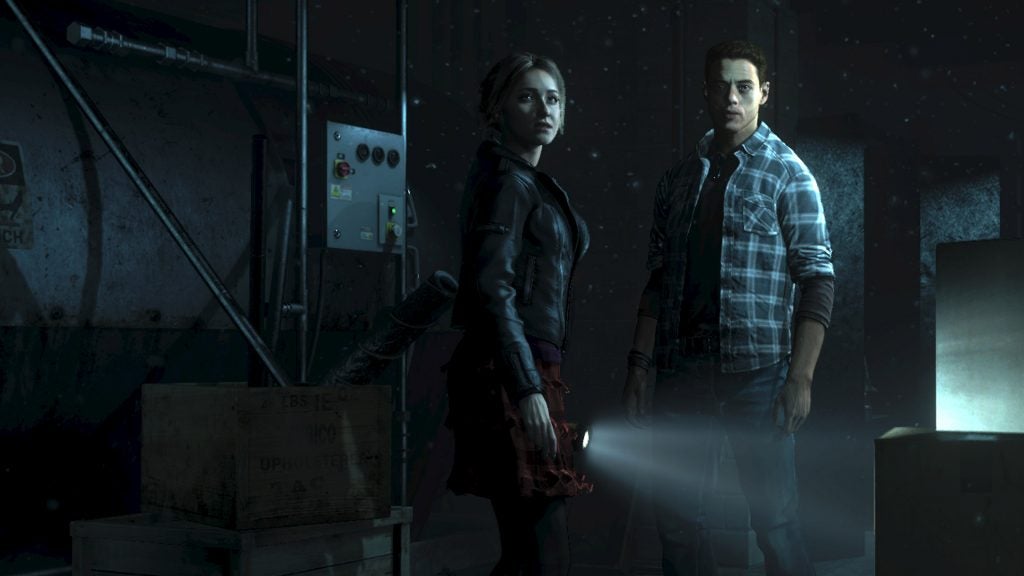 Supermassive Games has taken the world of horror in its stride, with the release of Man of Medan showcasing how the studio isn’t leaving the genre behind anytime soon. It was a fun yet ultimately brief horror romp that didn’t live up to its progenitor’s creativity, though.

Until Dawn remains the cream of the crop. It’s a campy and unpredictable teen horror driven by player decision, meaning any of the lead characters could live or die depending on how well you deal with the rising tension. The plot itself is a wonderful rollercoaster, taking a number of unexpected twist and turns we promise you won’t see coming.