In the last 10 years or so, the scanner has led a peculiar life. It started out as a specialist tool that only businesses and professionals in design and publishing could afford. It became a mass market peripheral in the late nineties with the onset of USB and cheaper scanning technology and then, just as suddenly, as digital cameras began to take off, its consumer appeal died a death in the early- to mid-noughties.


Now no-one really cares about the humble scanner. Not many buy them because not many need them. But there’s a new breed beginning to appear – the compact workgroup scanner – of which Panasonic’s KV-S1025C is a member. These scanners are aimed, not at importing photographs at the ultimate level of quality, but turning hard copy documents into electronic files as quickly and painlessly as possibly. 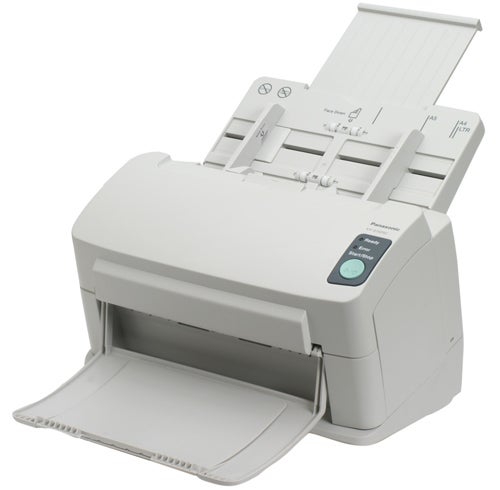 The idea is that, with one of these devices, you can convert thousands of pages of space-hogging filing into instantly searchable documents, then store all of the paper off-site or simply recycle it, freeing up valuable office space. But is it really that easy? And is the Panasonic KV-1025C up to the job?


On paper at least it has all of the right credentials. First, it’s pretty speedy. According to the spec sheet it will scan documents at speeds of up to 23 A4 pages per minute (ppm), at 200dpi in black and white and 10ppm at 200dpi in colour. Moreover, it will scan both sides of your pages simultaneously, giving a total potential throughput of 46 sides per minute. And there’s no reason to doubt these figures. In tests the scanner was faster than the quoted speeds, running through 34 A4 black and white pages in one minute one second. Colour pages were delivered at the same speed, and at 600dpi in colour, the 34 pages took three minutes 56 seconds to acquire. 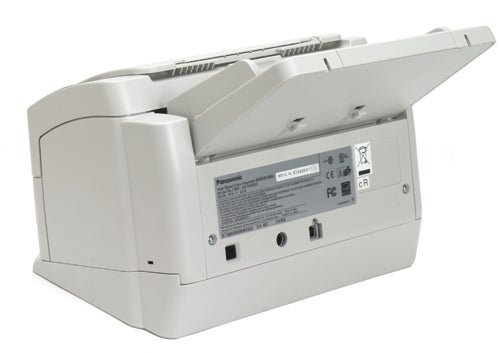 Second, it deals with all sorts of different paper types. I tried everything from thin tracing paper-type delivery dockets to business cards and my mobile phone bill – still in its envelope. And though I half expected it to choke on at least one of these documents like an England cricket team on the last day of a Test match, nothing fazed it. If you want numbers, it’ll deal with anything from 40g/m2 to 209g/m2.


And third, it is sensibly designed. The output tray folds neatly away on top of the device when it’s not in use and it takes up very little space on a desk, with a footprint of just 317 x 218mm (width x depth).

Unfortunately, even though the hardware seems up to the job, the way the software package has been put together isn’t. Yes, you can scan lots of pages quickly, but turning them into something useful is an involved process that is unnecessarily complicated. Kodak’s i1220 – another document scanner we reviewed recently – was simple, allowing any user to scan and save to searchable PDFs (as well as other word processor files such as RTF) in a single click. 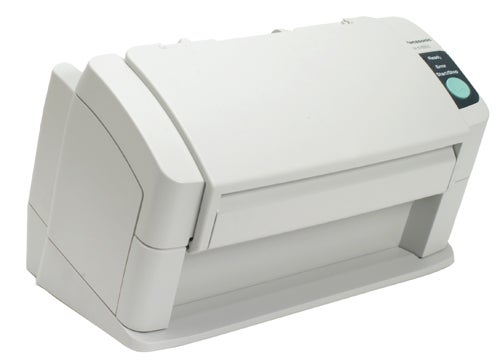 With the Panasonic you have to deal with a TWAIN driver that requires a degree in rocket science to operate. This allows you to import and save pages either to unsearchable PDFs and image files using the bundled RTIV software, or simply straight into the bundled OCR software application (Abbyy’s FineReader 7.0 Professional Edition) for recognition and conversion to a searchable format. It works, but it’s clunky and doesn’t produce results as good as Kodak’s simplified approach does, even after lots of fiddling and tweaking.


It’s more than simply annoying, though – the complexity of the software means that you probably won’t ever have more than one or two technically-minded members of staff able to operate it effectively at one time, unless you spend time and money training people. Kodak’s i1220, on the other hand, can easily be used by everyone from the tea lady to the CEO of the company with a couple of minutes’ familiarisation. 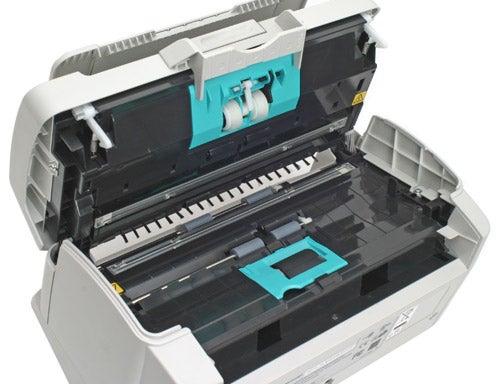 
Specialist products such as the Panasonic KV-S1025C live and die by how quickly and effectively they carry out a single task – in this case turning hard copy documents into electronic files speedily and without fuss.


Unfortunately, though the hardware is well-designed and has plenty of raw power, the device’s software interface hasn’t been thought out carefully enough, severely limiting its potential in a business environment. It is cheaper than its rival, the Kodak i1220 at £666, but the money you’d save buying the Panasonic would not be money well spent.