The Phoenix has more power on paper than the near-silent Scan machine and the PC Specialist with its Core i5 chip, so it’s no surprise that it was a monster in the benchmarks.

Its 3DMark: Fire Strike score of 17,212 is far better than its rivals – the Scan 3XS Z170 Vengeance Q scored 12,153 in the same test, and the PC Specialist Ignis was 2,000 points further behind. This wasn’t a surprise though, given that the Overclockers machine includes a GTX 980 Ti graphics card while its rivals make do with the GTX 980.

The gap continued in real-world games tests. Crysis 3 is the toughest game I use, and at 1440p, the Overclockers blitzed through at 80fps – 30 frames quicker than the Scan and PC Specialist systems. It didn’t balk at 4K playback, either, with an average of 39fps, which is at least 13fps better than its rivals. That’s an important result, because it means the Phoenix is on the playable side of 30fps – something neither competitor could manage with their lower-specification hardware. 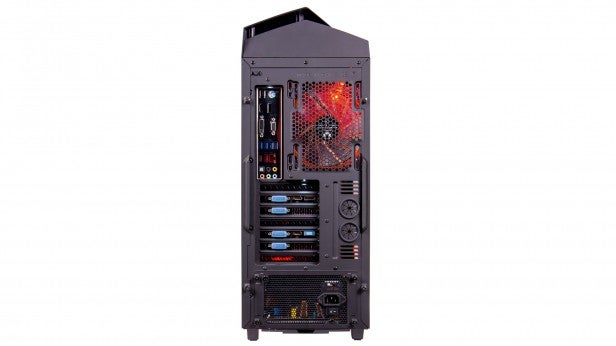 Shadow of Mordor is another tough game, and the Phoenix continued to excel. Its 1440p average of 97fps is miles beyond both rivals, and it scored 50fps in the 4K test – another playable score, and another 10fps lead over the competition.

Battlefield 4 didn’t prove any trouble for the Phoenix: it averaged 92fps at 1440p and 46fps at 4K. That latter result is five frames ahead of the Scan, and 17fps beyond the PC Specialist.

The easiest test title is BioShock Infinite. The Phoenix romped through the 4K test to a 67fps average: butter-smooth, and around 20fps faster than the nearest competitor.

This PC is faster in games than both of its rivals, and it easily has the power for 4K gameplay. It’s got enough grunt for virtually any application, too, thanks to its overclocked Core i7 processor.

The Phoenix’s Geekbench result of 19,636 is fantastic. It’s almost 3,000 points better than the Scan, which had a modest overclock on a Core i7 chip, and about 6,000 points beyond the PC Specialist, which had a Core i5 installed. Similar gaps are found in Cinebench, where the Phoenix’s score of 1,013cb is one of the best I’ve seen.

The third main area where the PC Specialist outpaces the competition is in storage tests. The Samsung SSD takes advantage of its PCI Express bandwidth to score sequential read and write speeds of 2,070MB/sec and 970MB/sec. That former score is around four times as quick as the SATA-based drives in both competitors, and the latter result is about two times as fast. The Phoenix’s extreme pace will make itself felt in practical situations, with rapid PC and game boot times.

It’s a whitewash in benchmark results, with this PC able to handle 4K gaming and virtually any application – but the Phoenix suffers to deliver such impressive pace in certain areas.

There’s noticeable noise, too, from the Phoenix’s litany of case fans. There’s a deep rumble present no matter what the system is doing, whether it’s idling or running high-end games. It’s easy enough to drown out with headphones or speakers, but the Phoenix is louder than the PC Specialist and the near-silent Scan machine.

There’s no denying that the Phoenix costs a fair sum, but since Overclockers has made this system customisable, it’s able to suit a wider range of budgets.

Eschewing the Core i7 processor for a Core i5-6600K saves £85, and it’s possible to halve the RAM capacity to reduce the price by a further £30. Selecting a conventional SATA SSD shaved £16 from the price, but it’s also possible to add storage: doubling the size of the PCI drive in my sample adds £41, and tripling it costs an extra £167. 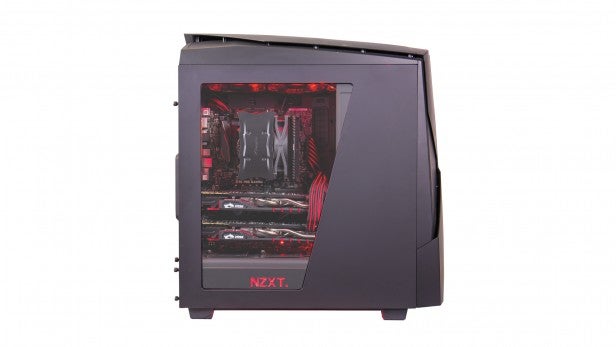 It’s possible to spend more money and give the Phoenix a graphical boost, too. Slotting in a second GTX 980 Ti adds a mighty £602 to the price, and swapping the single GTX 980 Ti for a more powerful GeForce GTX Titan X costs an extra £310. Or, if you’re feeling really flush, add two GTX Titan X cards – that costs a further £1,222.

By default, the Overclockers arrives with a three-year warranty that includes a year of labour coverage and two years of parts and collect-and-return service. That’s a good deal, and similar to the Scan machine, which offers a three-year warranty although a year of that is far-superior on-site cover, which means a technician will visit your home to carry out repairs.

It’s also possible to add extra protection to the PC. A five-year deal with the same coverage costs an extra £60, and a five-year warranty with three years of collect-and-return coverage is £120.

Should I buy the Overclockers Titan Finesse Phoenix?

The Overclockers Titan Finesse Phoenix is a proper gaming PC. It’s tall and has an imposing design thanks to its angular case and red lighting; its high-end hardware scythes through 4K games and intensive applications without breaking a sweat.

Although it’s faster than its rivals, it’s larger, louder and hotter than them too – and, despite that, it doesn’t offer much more interior room or any extra features outside of benchmarks. It’s pricier than both key competitors too.

That makes any buying decision a question of priorities. The Scan and PC Specialist machines are quieter and cheaper than the Overclockers system, yet still very fast – so they’re both well-balanced options. But if you want an extravagant PC that outpaces everything else, the Phoenix is a top choice.

The Titan Finesse Phoenix performs superbly in games and applications, and it looks good while doing it. The high-end components inside also means this machine is lightning-quick too – but it runs hotter and louder than the competition. While there are systems that are cheaper and better-balanced, this is an excellent option for those searching for pure power.