What are the Optoma NuForce BE Free5?

The Optoma NuForce BE Free5 are true wireless earphones. There are no cables between the buds, and while they only last a few hours between charges, you get a case that lets them recharge while in a rucksack or a pocket.

They aren’t too expensive, sound solid enough and their battery life is slightly better than some others of this style.

However, their wireless connection is only as good as the worst first-wave true wireless earphones. Frequent drop-outs make the Optoma NuForce BE Free5 hard to recommend at £99.99. 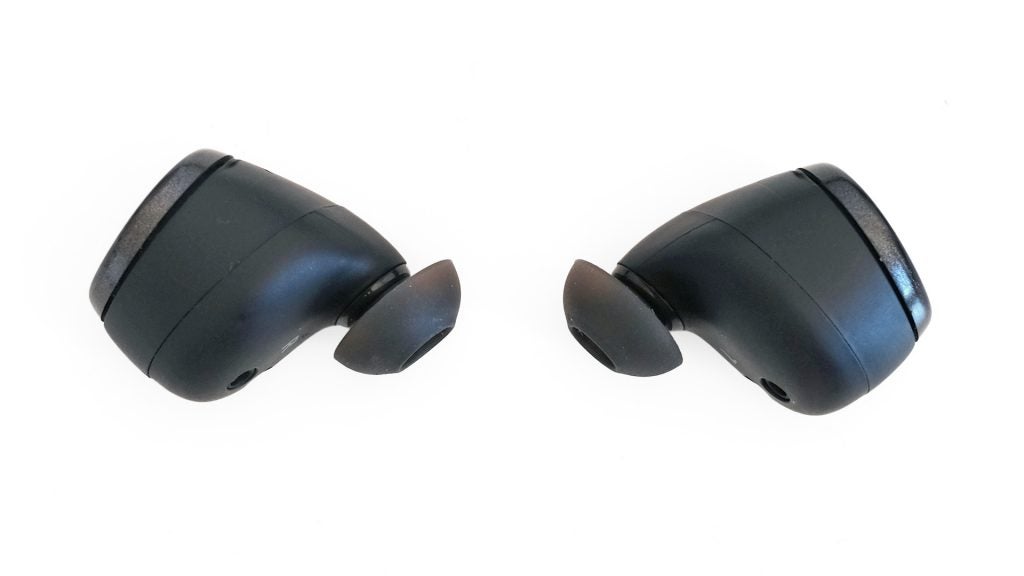 Optoma is a brand I’ve started suggesting to people who want good quality earphones at a lower price than some of the traditional names. The NuForce BE Free4 recently reviewed well, for example.

However, pairs like the Optoma NuForce BE Free5 are more of a technical challenge. While normal Bluetooth headphones are now reliable at all price bands, true wireless headphones are much newer. And much less reliable.

Some only last two hours between charges, others’ audio cuts out as soon as you start moving around. The Optoma NuForce BE Free5 last longer than most true wireless headphones. Optoma says they’ll last for four hours of continuous playback. 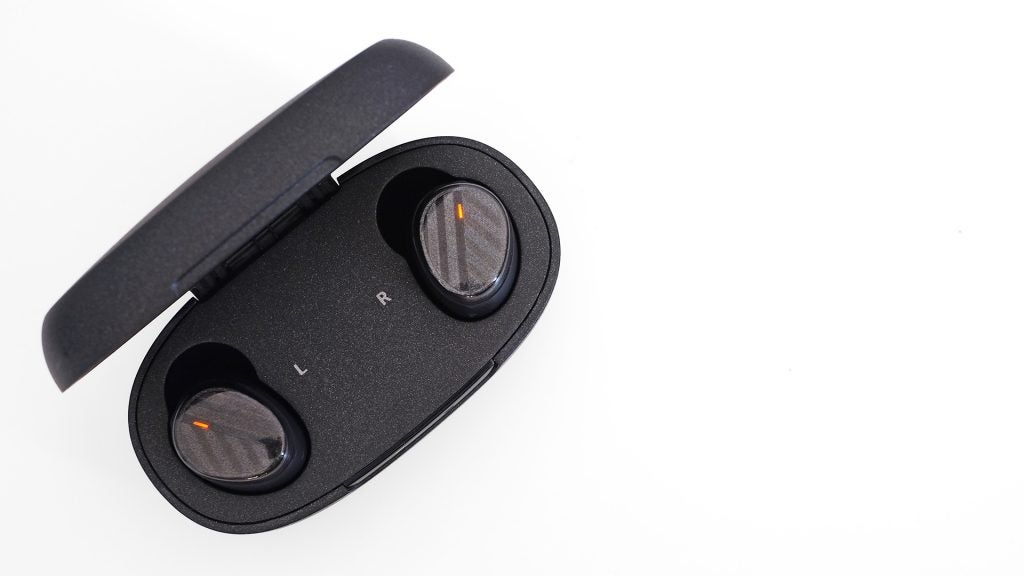 Out in the real world, using them to travel across London and back one day, then during a 5km run the next, they lasted at least 3.5 hours. I’d still find this sort of stamina hard to live with, but it’s about as good as you get with true wireless earphones.

When they run out, you just pop them in the dark grey charger, which claims to charge them a further three times before they need a recharge. That’s up to 16 hours of total use. The case is fairly small, and will stop you losing the earpieces. 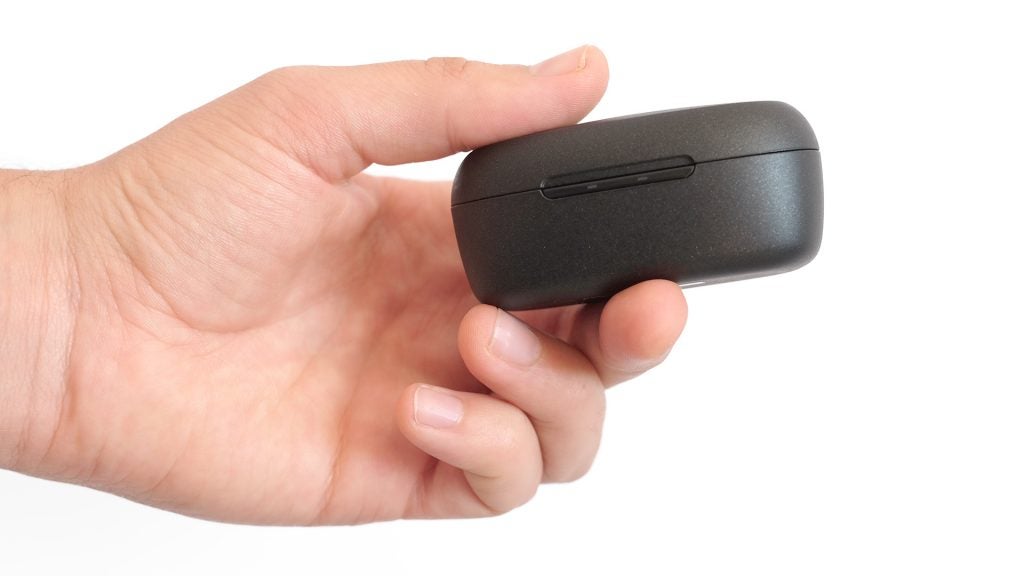 Battery life is good in the manner of a smartwatch that lasts two days. It’s not actually good, but near the top of this particular class. Connectivity is below average, however.

You’ll regularly hear the left earpiece briefly go silent, before the audio returns a third of a second later. Occasionally, the main earphone also loses the connection, making both phase out, before piping back in after a very short delay.

If this happened every now and then, it wouldn’t be a huge issue. However, I heard them dozens of times listening to the Optoma NuForce BE Free5 for a few hours. It’s distracting. It’s not good enough. Movement causes more of these blips, but they can also occur when you sit perfectly still.

Re-connecting the earpieces is also hit and miss at times. With better signal, these would be among the better sub-£100 true wireless earphones. 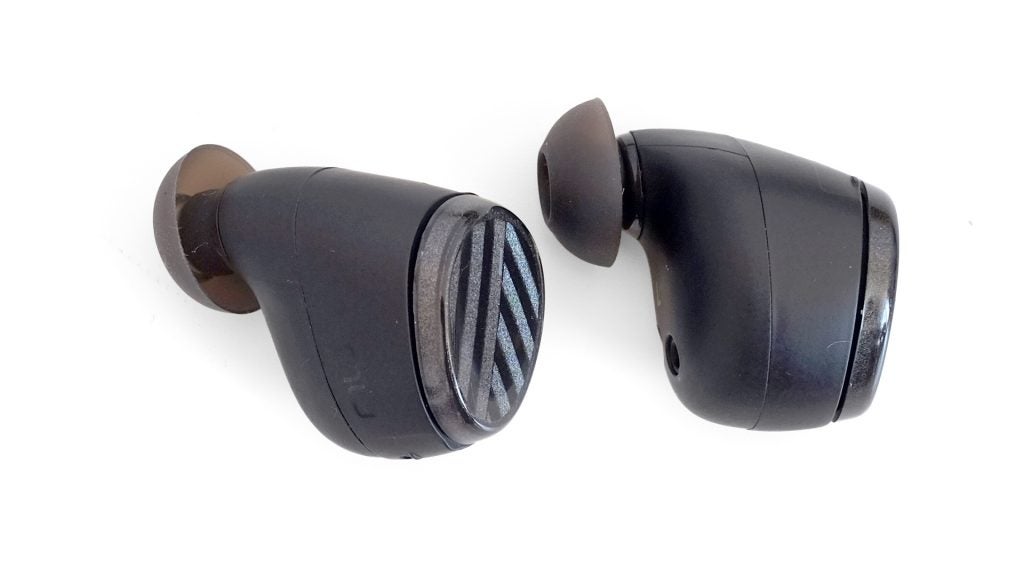 They do, however, have a spangly finish on their caps, which sits under a layer of transparent plastic. The backs of the Optoma NuForce BE Free5 depress, acting as a button to let you play/pause music, take calls and switch them on and off. 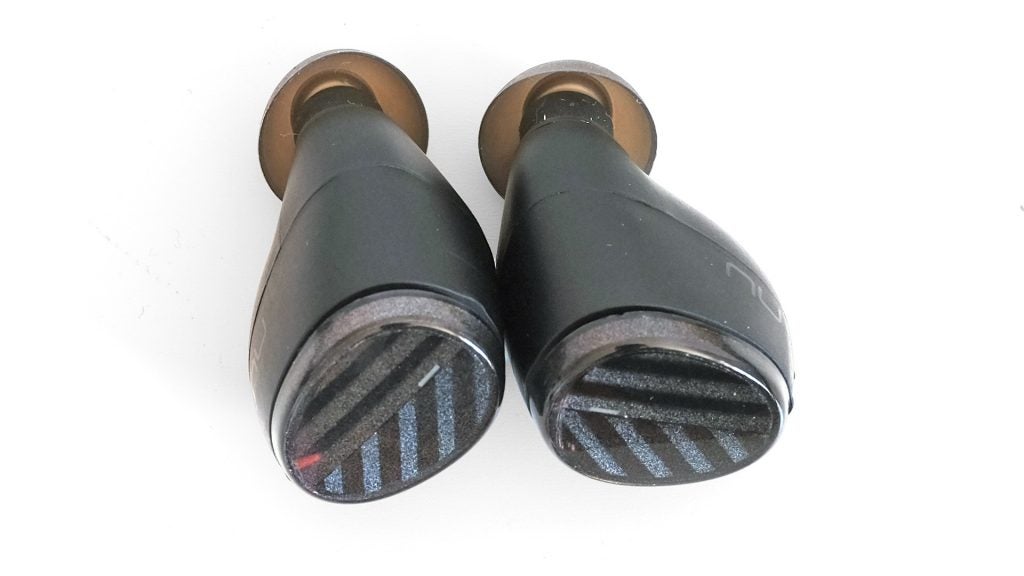 There are more advanced gestures too. Longer presses on the earpieces increase and decrease volume, and a double-press-then-hold fires up Siri or Google Assistant.

The complexity of these combinations highlights an issue with true wireless earphones. How do you fit so many controls onto something so small? I doubt many will learn all the Optoma NuForce BE Free5’s commands. But at least they are there.

The Optoma NuForce BE Free5 also use oddly flat silicone tips, which Optoma calls SpinFit. You’re meant to give them a slight twist to fit. There are optional hooks that stabilise them using your ear cartilage.

You’ll likely need to fiddle just slightly more with these than basic in-ear headphones. But I found they stay in perfectly well without using the hooks. The Optoma NuForce BE Free5 are certified to IPX5, meaning they are sweat-proof in real-world terms. 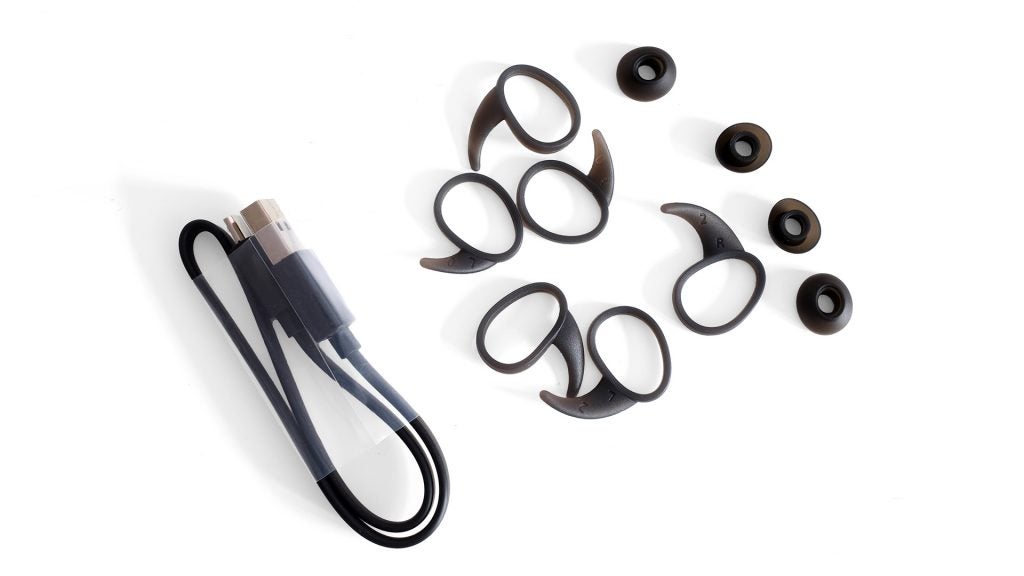 The Optoma NuForce BE Free5 use very small graphene-coated 5.6mm drivers. They have a bright-leaning sound that is less muddled than that of the rival Jam Ultra, another sub-£100 true wireless pair.

Bass is also better controlled here. The frequencies are there, and punchy too, but pull focus less than most portable headphones. There’s minimal bass bleed. 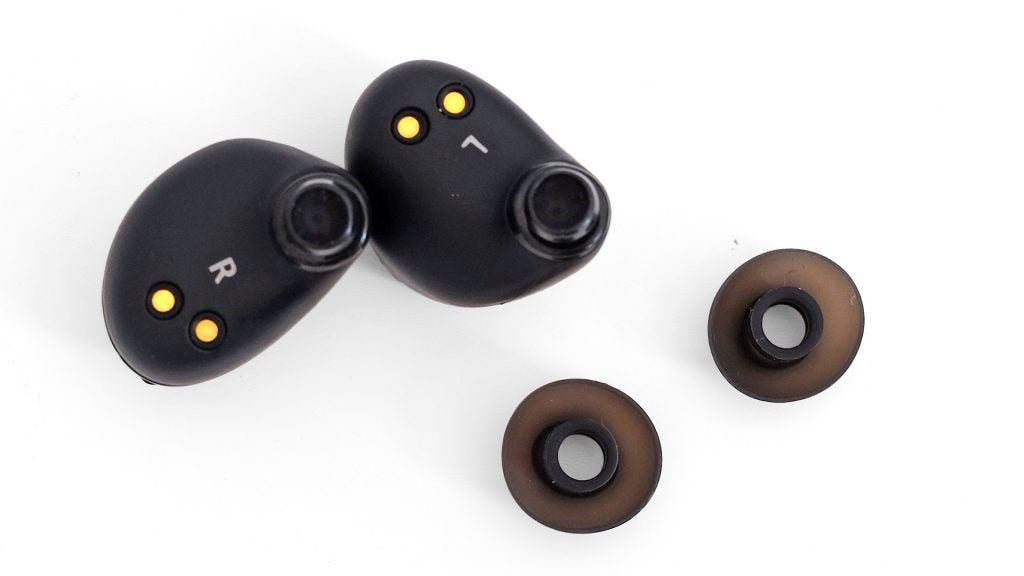 Clean and clear is the aim here, rather than ‘rich, bold and powerful’. However, the mids are also skewed towards the brighter end. This can make vocals seem slightly nasal, or lacking the weight they would have if the response across the mids was more even.

The upper mids could also be a little smoother and more refined. They avoid ear-grating sibilance, but I do get the sense the upper mids and treble push up against the limit of the driver’s abilities. Some of you may find them slightly fatiguing.

They are not masters of rhythmic drive either – worth noting if you want a pair to make you work that bit harder in the gym.

There are parts to improve, but the Optoma NuForce BE Free5 still have some of the most considered sound I’ve heard in an affordable true wireless earphone. But, yes, they could be smoother and more powerful. 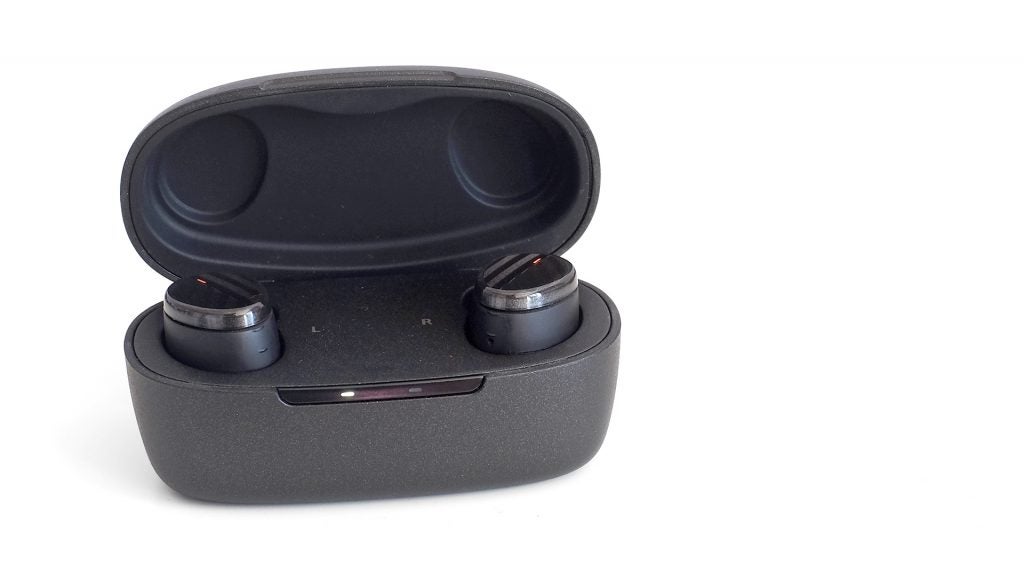 Why buy the Optoma NuForce BE Free5?

The Optoma NuForce BE Free5 have unusually good battery life and solid, well-defined sound. However, all their positives are trampled by the poor connectivity.

A wireless earphone that continually phases in and out when you wear them while simply walking around is not a good wireless earphone. As such, they’re not a patch on the Sony WF-1000X. They are also more problematic than the closer-in-price Jam Ultra, even if they do sound clearer.