What are the Optoma NuForce BE Sport4?

The Optoma NuForce BE Sport4 are £89/$79 sporty wireless earphones. And they’re a little different from the norm.

A pair of earpieces is connected by a thin wire, rather than a frame that sits around your neck. Nevertheless, they still last around 10 hours between charges – which is impressive.

Some runners may still prefer the feel of earphones with neckband, such as the OnePlus Bullets Wireless. However, decent sound quality at the right price makes the Optoma NuForce BE Sport4 earphones a great lower-cost alternative to the £169 Sennheiser Momentum Free, for example. 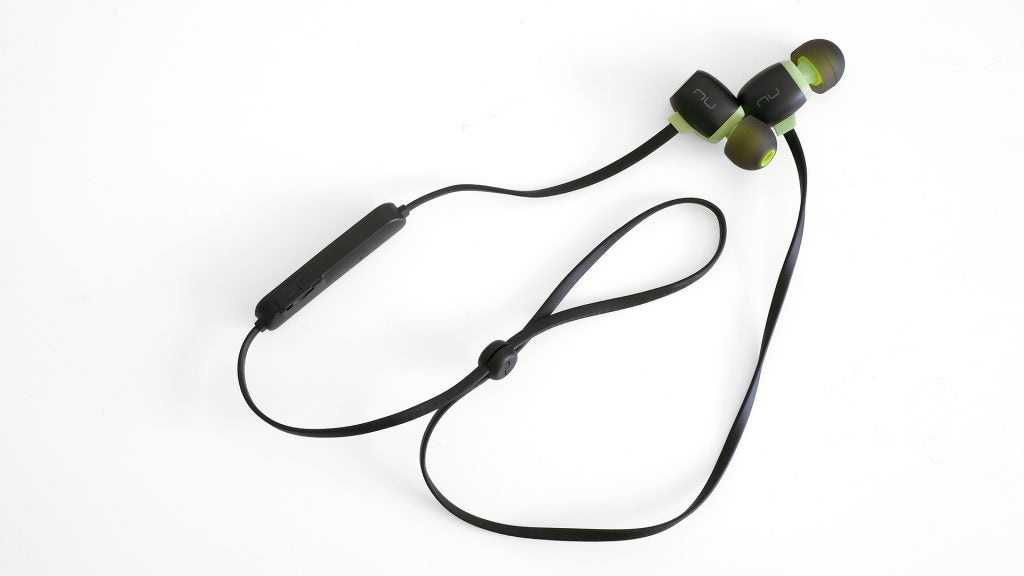 All wireless headphone makers face a similar question: where do we put all the electronics? With room needed to place a battery, a Bluetooth receiver and DAC chip, the fewer control boxes there are, the less space there is to exploit. And this is the reason that “true wireless” earphones last only two to three hours between charges.

Optoma’s solution is to instead opt for fairly large earpieces. The aluminium units on the BE Sport4 feel like they could withstand being trodden on, at worst picking up a scratch or two. 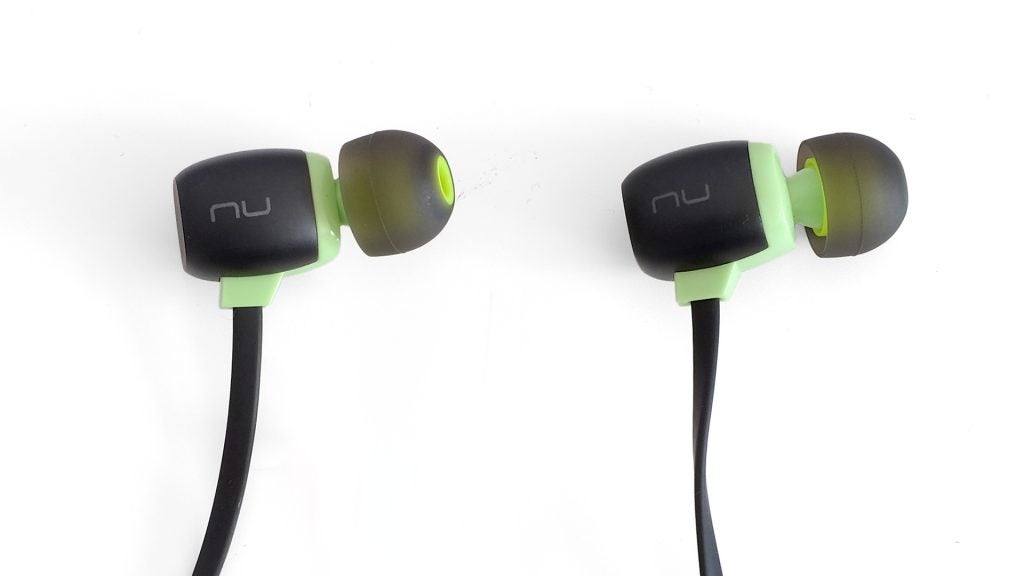 These earpieces are relatively heavy, because the batteries appear to sit in the back of each. So the immediate concern is whether they’ll stay in your ears.

I’ve worn the Optoma NuForce BE Sport4 during a few 5km runs, and with the right silicone tips, their stability has proved excellent. There are also some ear hooks in the box, for those wanting greater reassurance.

A loose wire will always flap about during more vigorous exercise, but the Optoma NuForce BE Sport4 have a cable tie that cuts down the slack. These units are also sweat-resistant, making them an all-round great option for runners.

Optoma says they’re certified to IPX5. This means they can handle a moderate water spray from any direction for three minutes. It’s a couple of grades above basic sweat-proofing, so you won’t have to worry about wearing these earphones in the gym. 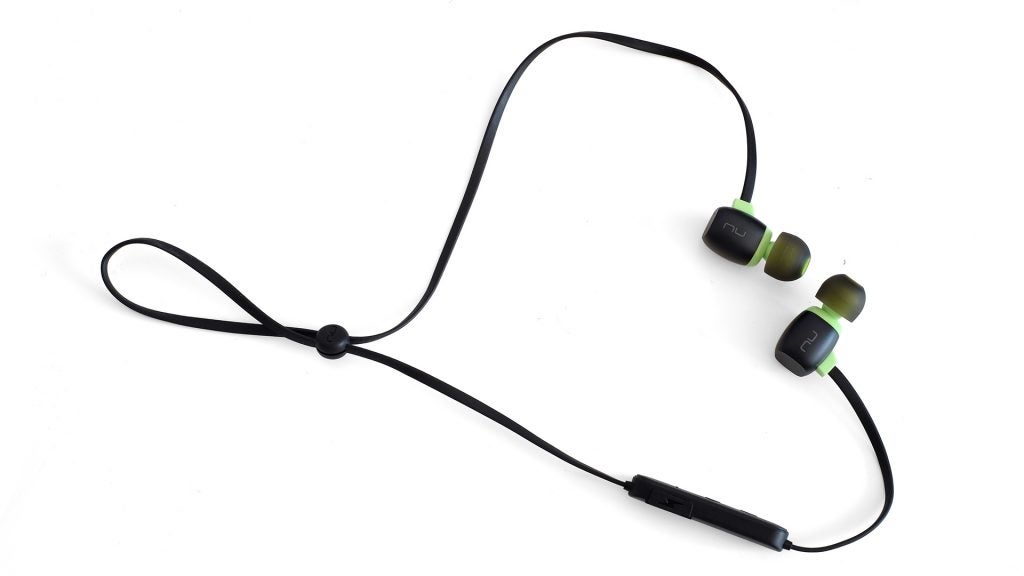 Added portability is one benefit of the “just earpieces and a wire” design. You can stash these in a back pocket far easier than neckband earphones. Since the buds are roughly weight-matched, they don’t fall off your neck when they’re not in use, either, plus magnets on the back let the earpieces clip together as well.

In the box is a fabric carry case and several sets of hooks and tips, including a pair of Optoma’s dual-flanged “twin blade tips”. 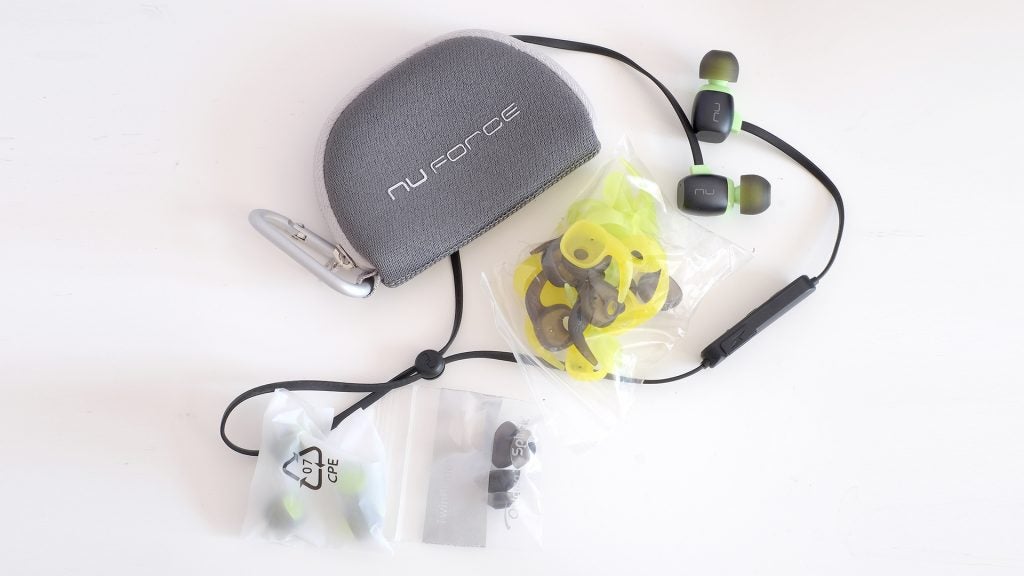 The Optoma NuForce BE Sport4 are relatively simple, tech-wise. They have Bluetooth and are charged using a rubber-stoppered micro-USB socket on the in-line remote.

Wireless stability is good, but not perfect. You’ll hear the occasional interference blip, usually in the first few minutes after pairing. Thereafter, the Optoma NuForce BE Sport4 appeared to settle down. This will likely depend on your phone, however, and whether you wear additional wireless devices such as a tracker or smartwatch.

Battery life is one of the Optoma NuForce BE Sport4’s strong points. The larger-than-average earbuds offer stamina of 10 hours; I’d expect to see six to eight hours from a pair with such a design.

These earphones charge fairly quickly, too, with 15 minutes getting you two hours of use. However, this doesn’t come close to the OnePlus Bullets Wireless, which offer five hours of use from a 10-minute charge.

A conventional three-button remote supplies the controls. You can alter volume, play/pause and skip tracks, plus an integrated mic allows calls. 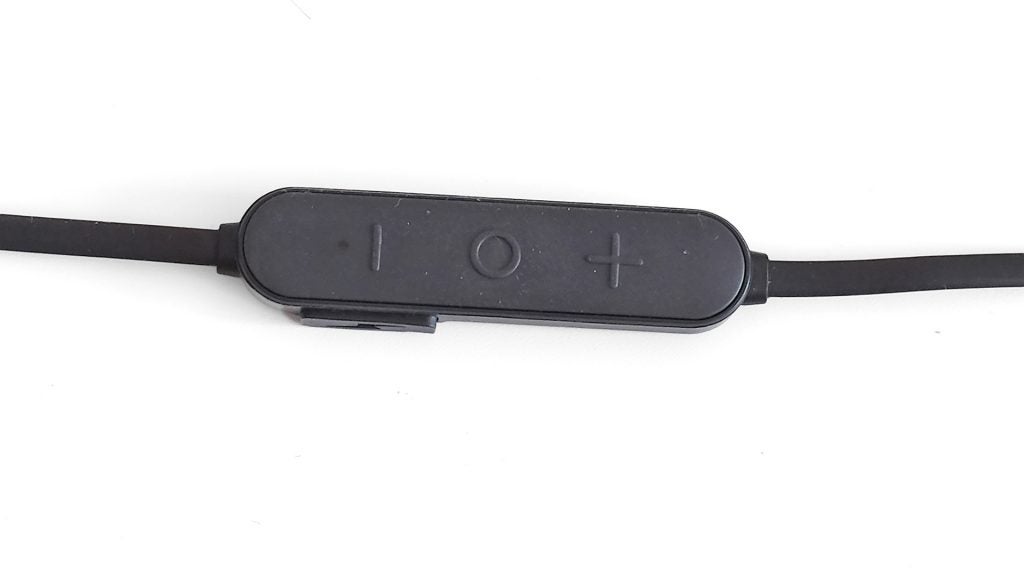 The Optoma NuForce BE Sport4 have a great sound signature for sport. They’re chunky-sounding, which is a good when you consider that they’ll likely be competing with some ambient noise, or the sound of your footfalls.

Treble is a little more conservative than the OnePlus Bullets or LIbratone Tracks+, but the BE Sport4 also have more robust mids, which leads to a fuller soundstage.

Bass is powerful but not overpowering, and vocals sound better-textured than through most wireless earphones I’ve heard at the price.

Optoma says the drivers in the BE Sport4 are coated in graphene. A few years ago, graphene was talked about in tech circles as a wonder material that would revolutionise phone batteries, and about a hundred other things. Here it makes the drivers stiffer, which is supposed to result in reduced distortion.

Does it work? There’s no real way to tell, but I’m impressed with the Optoma NuForce BE Sport4’s sound for the price. 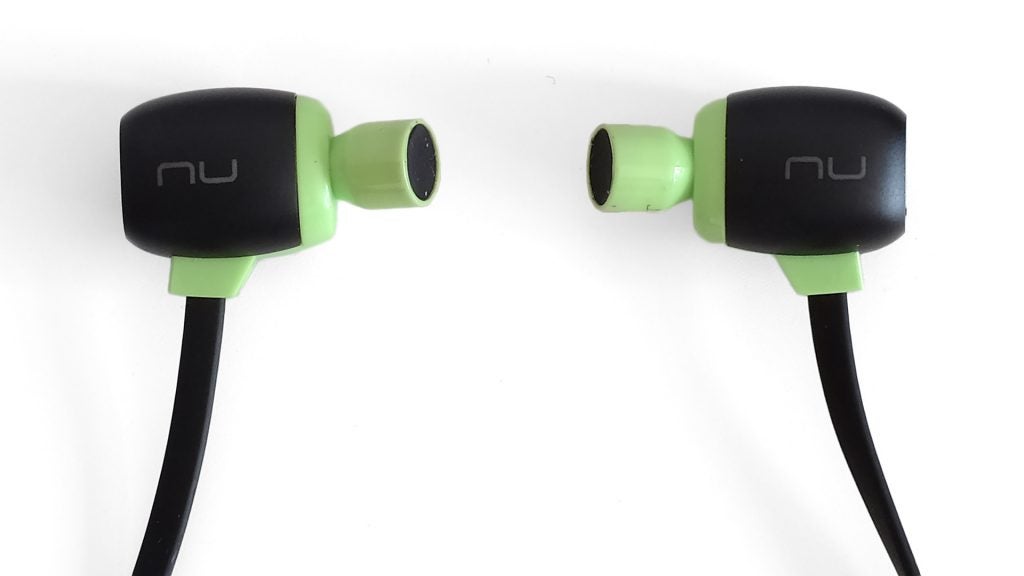 It isn’t perfect, though. There’s some mid-bass thickness. This helps make the earphones sound richer, but also slightly congests a soundstage that doesn’t have masses of room to spare.

Compared to the more expensive Sennheiser IE2 BT, the Optoma NuForce BE Sport4 aren’t quite as engaging. Their bass sounds less dynamic and detail in both the mids and treble is slightly lesser.

The Sennheisers are more engaging, but since they’re almost twice the price – and nor do they offer water-resistance – the Optoma BE Sport4 are clearly strong contenders. They’re among the better sub-£100 wireless earphones, particularly if you don’t want a pair with a neckband or bright treble. 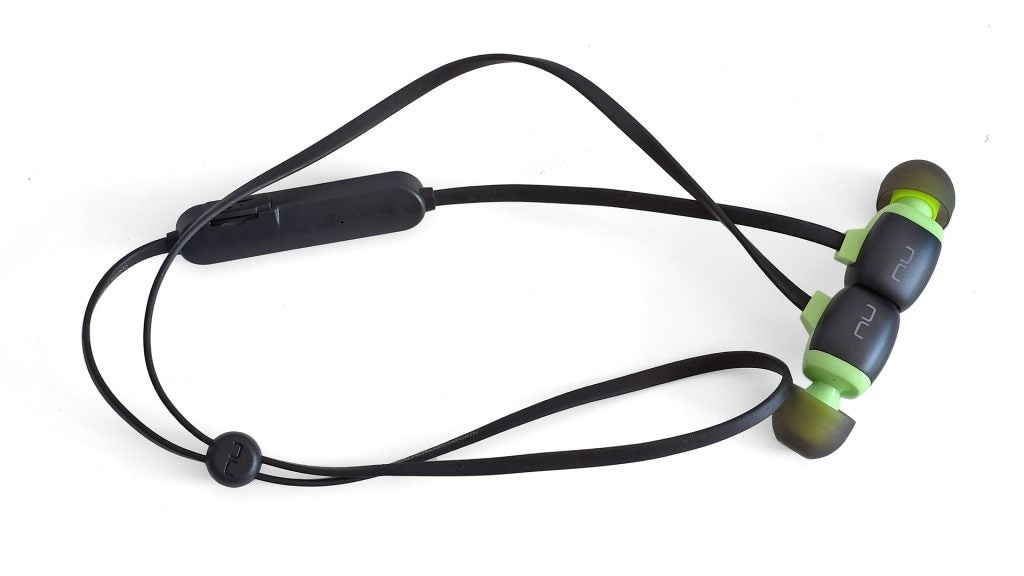 Why buy the Optoma NuForce BE Sport4?

The Optoma NuForce BE Sport4 are great sports earphones that last a long time between charges, are surprisingly comfortable to wear, and sound good too.

Stereo imaging and soundstage size aren’t quite as good as some slightly pricier pairs, but there’s otherwise little to complain about here.

Add another point to the score if you live in the US, where at $79 they’re truly hard to beat. The UK price of £89.99 might make us consider an upgrade to the brighter-sounding V-Moda Forza Metallo Wireless.