What are the Jam Ultra?

The Jam Ultra join a growing sea of wireless earbuds flooding the market since the Apple AirPods launched last year.

The Ultra aim to entice buyers away from their more established Apple competition, by dramatically undercutting them on cost. Make no mistake, with pricing starting at a modest £100, the Jam Ultra are currently one of the best-value-for-money truly wireless sets available, and match the quality of competing sets like the Motorola VerveOnes+.

But fairly average sound and battery life do little to differentiate them from competing sets, such as the Amps Air.

Visually the Jam Ultra are pleasantly unassuming. The buds come boxed in a plain black, charge box, that’s blissfully free of logos, lights and pretty much any visual flare. The only noticeable design flourishes are the box and bud material texture, and the central, slightly shiny Jam logos, which unless you look at them up close are pretty much unnoticeable.

Some may bemoan the lack of colour and extravagance, but I’m happy not having two brightly coloured blobs or a weird white AirPod tail sticking out of my ears while walking down the street.

The design also ticks most of the right boxes functionally. The three sizes of silicone tip made it easy to get a secure fit for low-impact exercises, such as running, with minimal hassle – although the lack of wing options mean the buds will shake loose during high-energy activities, like working a punch bag.

The buds also dealt surprisingly well with sweat. During a 10km run in blistering heat, they never felt uncomfortable.

Battery life is pretty ordinary. The buds have the bog-standard three-hour quoted battery life, same as 99% of the true wireless sets around, and feature useful button controls on their sides that can be used to pause/play music and take calls.

The case features a separate battery that Jam claims can be used to recharge the buds up to 10 times, though the company hasn’t disclosed the cell’s exact capacity. A USB port on its side means you can also use it to charge other small items, such as phones, should you so choose. 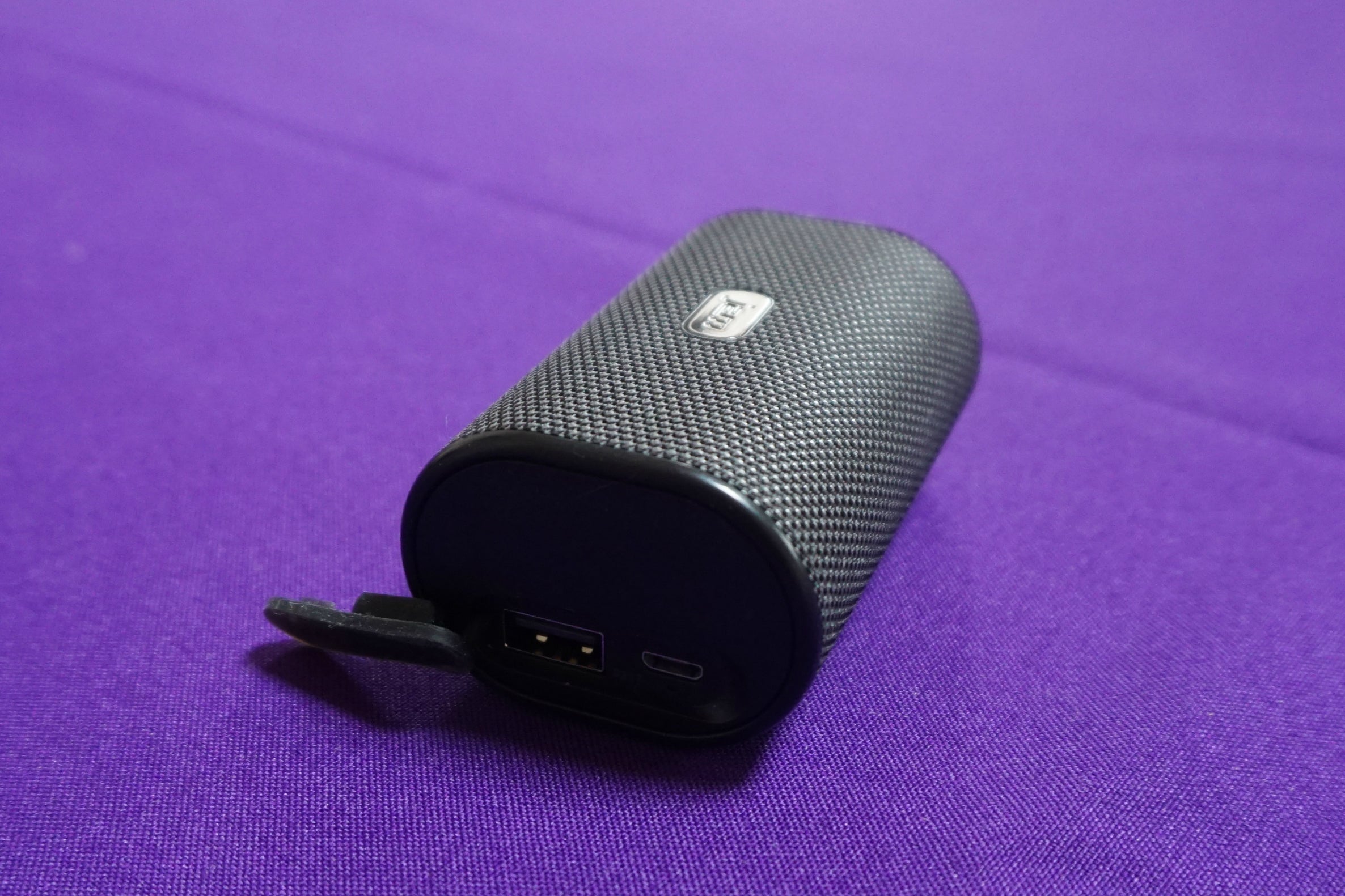 With real-world use I found both the buds’ and case’s batteries were pretty good by true wireless standards and generally mirrored Jam’s claims. With the buds set to reasonable volumes I generally got between two to three hours of use out of them.

With the general use I didn’t need to charge the case more than once a fortnight, even after I occasionally used it to top up my HTC U11 on particularly hectic days. Regular use entailed listening to music on the commute to and from work and during my morning workout each day.

My only slight issues with the Ultra’s design is that there isn’t an easy way to check the case’s remaining charge, and the pairing process can be a little hit and miss. The understated design is nice, but a set of LEDs to let you know how much juice is left seems like an odd omission.

The pairing issue is a more annoying issue. On several occasions the two buds would fail to synchronise and audio would only come out of one headphone. The issue is easy enough to fix, simply requiring you to double-tap the pause/play button on each bud, but the frequency of the dropouts was alarming. On some days I’d have to repair the buds over three times. 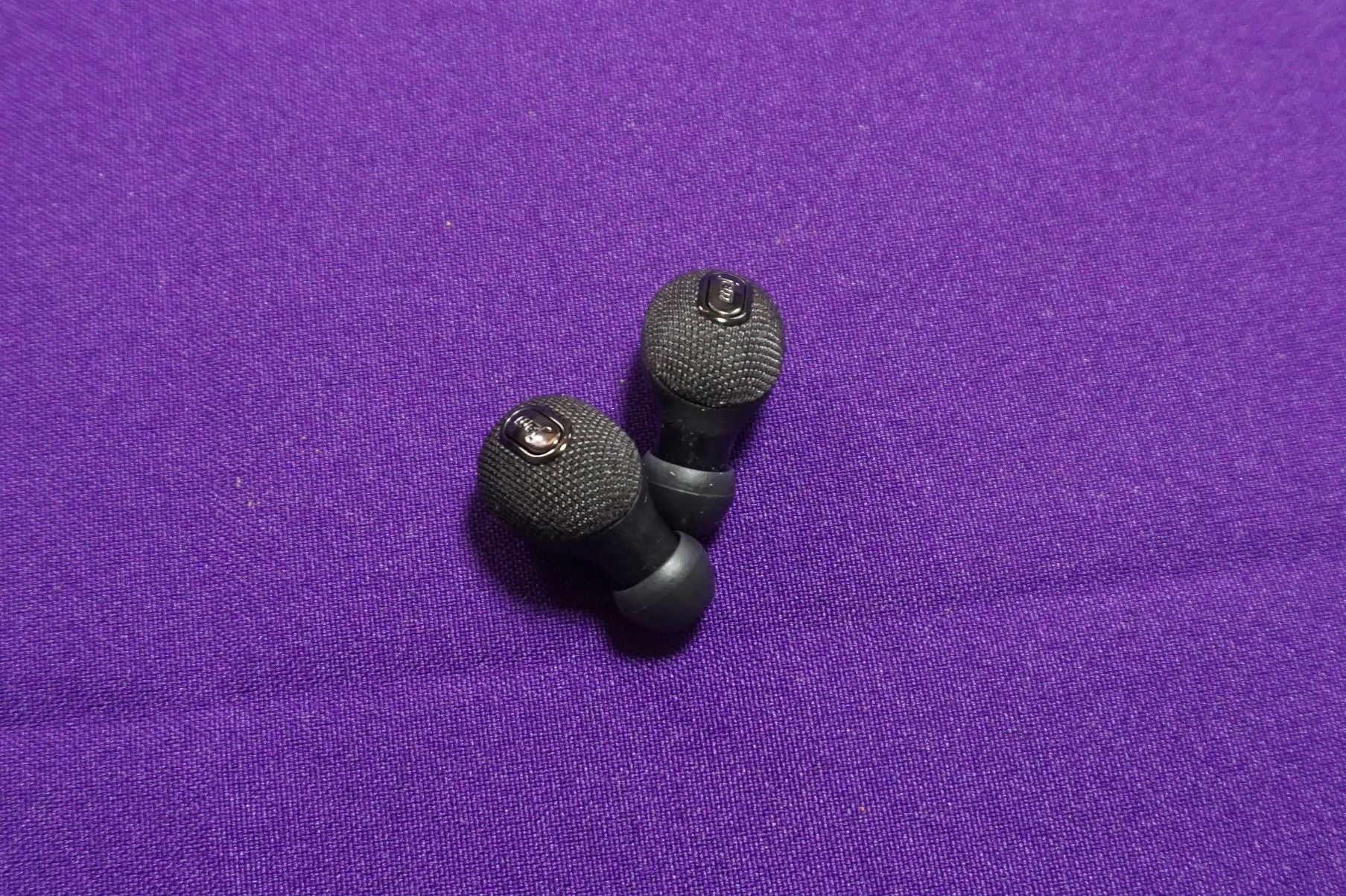 I’m yet to find a pair of true wireless earphones that offer anything but only-OK sound quality. This remains the case after testing the Jam Ultra.

By wireless bud standards sound quality is more than good enough and better than many competing sets, such as the Motorola VerveOnes+. But it falls far short of competing wired sets in the same price bracket, such as the Denon AH-C621R or Onkyo E700m.

The main issue is the sound’s lack of dynamism. Maximum volumes are solid, albeit not to the eardrum-splitting levels of the Amps Air, but the Ultra’s audio is fairly flat. Even listening to large-scale orchestral pieces, the jump between soft and attacking parts lacks bite and the distance between the low and high end feels muddied.

Being fair to Jam, this is an issue on pretty much every true wireless set I’ve tested, including the AirPods, but it’s still an annoyance if you’re on the market for anything but commuting and gym-only headphones.

Outside of this the sound is more than adequate for casual listening. Tonal balance isn’t terrible and no one part of the sound dominates the other. Though again in general the overall sound is a little muted. Metal guitar parts don’t have the attack they do on more expensive sets, and jazz piano doesn’t have that magic sparkle. But the audio quality is more than good enough for less complex genres, like mainstream pop and rock.

There’s little to no stereo imaging to speak of, but that’s hardly surprising on a true wireless set of buds. 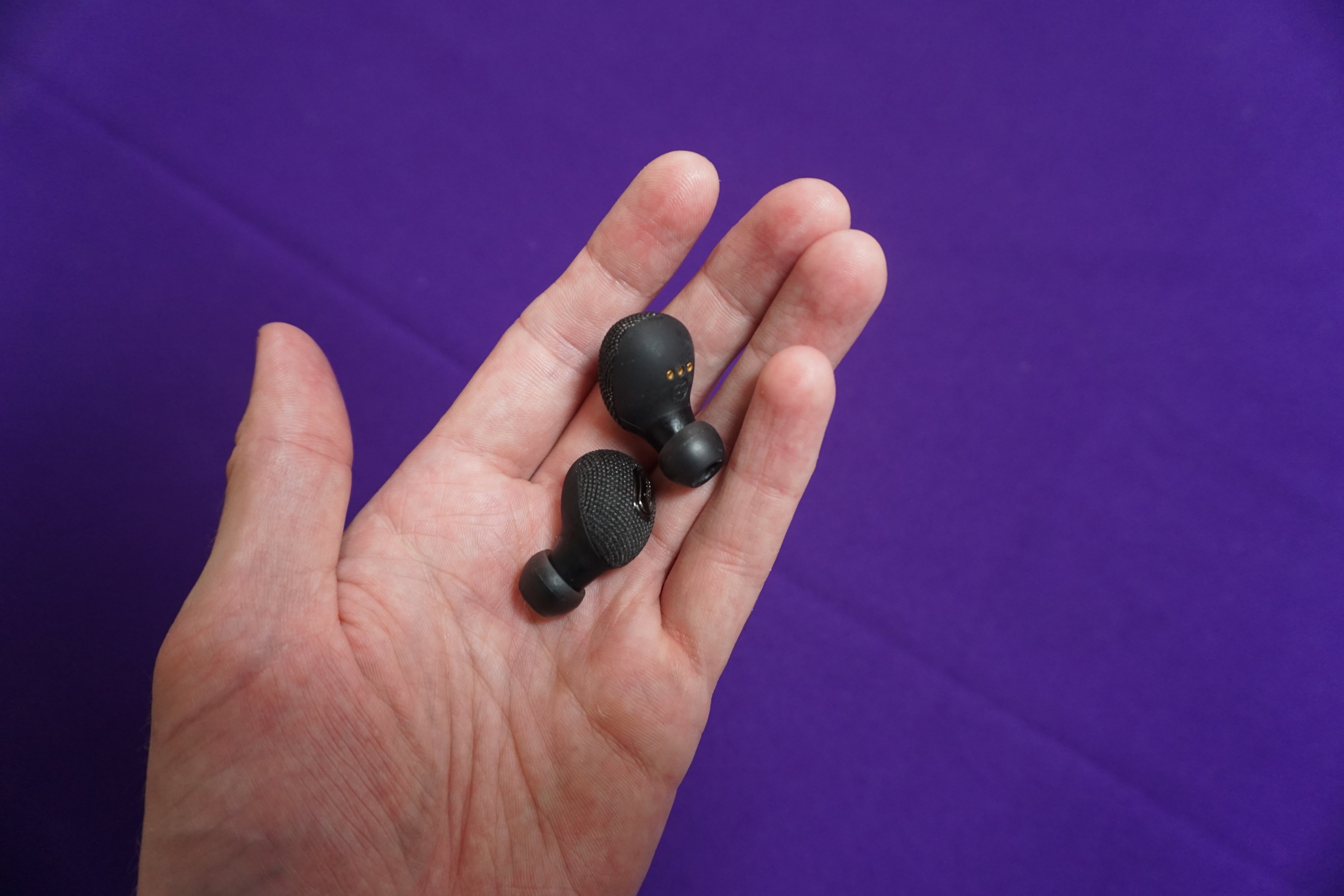 Should I buy the Jam Ultra?

If you’re a casual music listener looking for an affordable pair of wireless buds, the Jam Ultra are a solid choice. They offer decent build quality, reasonable (for true wireless) battery life and cost a modest £100, making them over £50 cheaper than Apple’s AirPods. But they fail to fix key issues with true wireless headphones’ audio quality, which will only satisfy casual listeners.

The other drawback is that they do little to differentiate themselves from the sea of other wireless buds hitting the market.

The Jam Ultra are good-value true wireless buds, but they do little to differentiate themselves in a crowded market.