The Nokia Lumia 925 is a Windows Phone 8 mobile. Although recent updates to Android have closed the gap between the two systems, Windows is still the snappiest mobile OS around. It is also the most aggressively stylised.

Like Android, it is split into two main sections, the apps menu and the home screen. Both scroll vertically in Windows Phone 8, ready to give your thumb a workout.

As Windows Phone 8 doesn’t allow manufacturers to brand the interface with their own look or style, the software of the Lumia 925 looks much the same as it does on any other up-to-date Windows phone. And, despite several enriching updates, Windows Phone 8 is a system that tends to attract and repel with some severity. 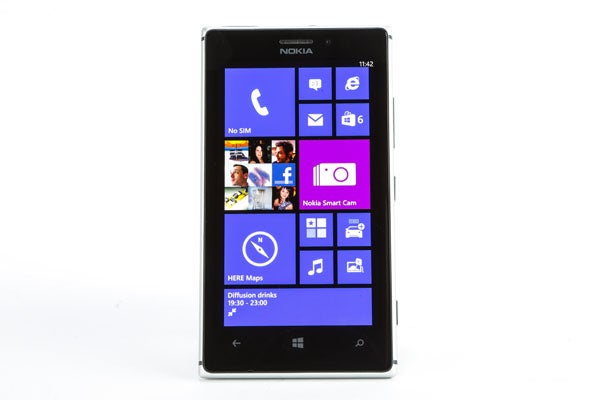 It’s taut, it’s rigid, it’s fast – but it is also restrictive and, in some ways, malnourished.

What used to define Nokia phones among their Windows peers was their inclusion of Nokia Maps apps. But the company’s deepening partnership with Microsoft has seen this app suite rebranded as HERE Maps, letting it spread to other Windows phones.

It’s no longer a Nokia USP.

However, they remain great apps if – like the rest of Windows Phone 8 – arguably a bit too keenly stylised.

HERE Maps is your equivalent to Google Maps, letting you navigate while on foot. HERE Drive is an in-car GPS navigator and HERE City Lens is an augmented reality app that lets you find nearby attractions, such as restaurants.

Their main bonus over their rivals is that HERE lets you pre-install maps to the phone’s memory so you don’t have to stream them on the fly. Whole countries and continents are there for the taking if you have the storage. And the UK plus a few chunks of Europe should only take around 10 per cent of the phone’s 16GB . 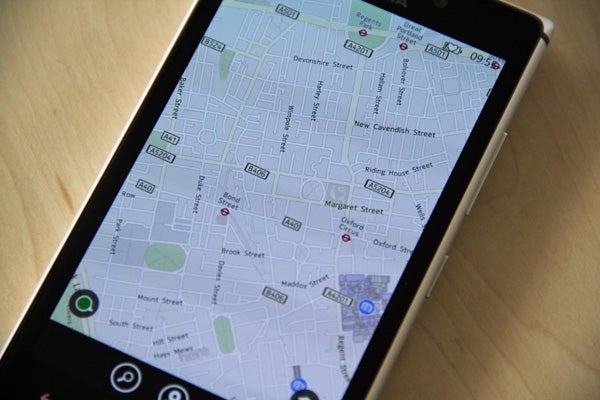 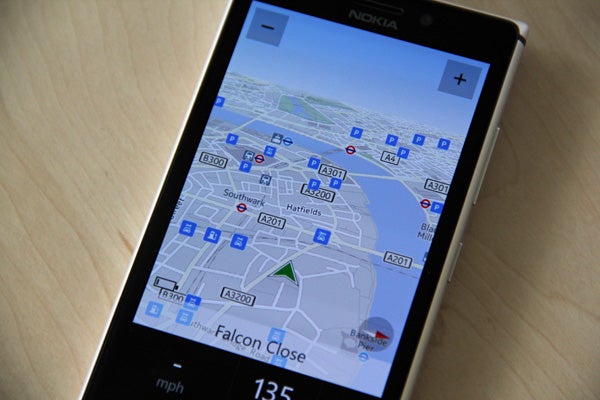 If these apps are no longer specific to Nokia, what does the Lumia 925 have to shout about, apps-wise? Its key software benefits are largely restricted to minor tweaks and the camera app Nokia Smart Cam, which we’ll cover later.

One small software extra the Lumia 925 provides is called Glance Screen. This is a mode that displays a clock when the phone is in standby. This may prove distracting at bed time, but you can also switch it off or change the standard white font to red to reduce the light pumped-out by the screen.

This Glance Screen feature is viable battery-wise because of the way AMOLED screen work, consuming much less battery when only part of the screen is non-black. It will cause a minor battery life hit, though.

Windows Phone 8 packs-in an impressive number of features as standard these days, including Facebook/Twitter integration through the People app, a data monitor,

It’s the selection of other apps that remains Windows Phone 8’s, and the Lumia 925’s, biggest problem. The system has the worst apps and games selection out of all the major mobile phone systems – even baby of the bunch BlackBerry 10 beats it in volume thanks to its ability to side-load Android apps. 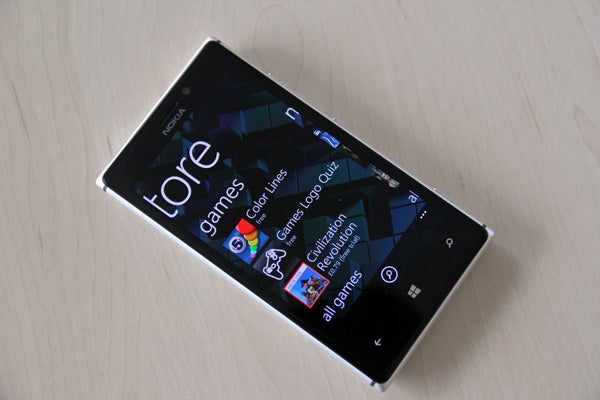 Windows Marketplace is where Windows Phone 8 apps and games live, and its games library is split into two sections. The ‘premium’ area is where you’ll find games from key publishers, certified with Xbox branding.

The secondary area is the wasteland where small developers and reams of low-quality games live. There are gems in there, but they’re not all that easy to find. And, at the time of writing, there are just 35 games in the Xbox section for the Lumia 925 – there are more for more established Windows phones but support for this phone in particular is lagging way behind at this early stage.

However, looking at the Nokia Lumia 925 specifically, its dual-core Snapdragon MSM8960 1.5GHz Snapdragon Krait processor will be able to handle anything Windows Marketplace has to offer.

If you’re wondering why the phone doesn’t have a quad-core processor and 2GB of RAM (it has 1GB) like some Android phones, no Windows mobiles do. Quad-core Windows Phone 8 devices with 1080p screens are expected to land in late 2013 or early 2014.

You do not miss that extra spec boost in the Lumia 925, though. The system runs super-quick, and app loading pauses are part-hidden by Windows Phone 8’s clever animated transmissions.

Navigating though Windows Phone 8 is silky smooth. Web browsing is just as snappy as the rest of the phone too.

Browsing is when the extra screen resolution of the Lumia 925, over previous Nokia phones like the Lumia 900, becomes especially handy. Small text is fairly legible rather than being a blocky mess, and rendering of web pages is fast.

The Sunspider Javascript benchmark supports this too. It’s roundly a test of how quick a phone is at rendering web pages. It scored a blazingly fast 889ms. That’s quicker than many quad-core Android phones. 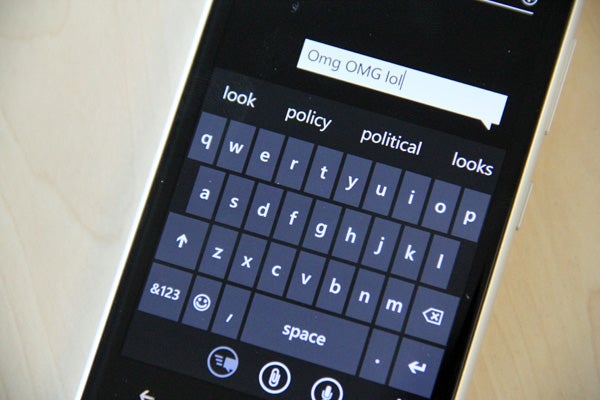 One of the biggest browsing wins here, though, is the Windows Phone 8 keyboard. It is, as it has been since Windows Phone 7 arrived, fantastic. It doesn’t offer anything special like gesture typing or invasive predictive text, but its accuracy and feel are top-notch.