Nokia has proved for some time that budget phones are something of a forte for Windows Phone 8. The Lumia 520 and Lumia 620 are both cracking little budget handsets.

Nokia and Microsoft don’t want to settle for just the low end of the budget market, though. The Nokia Lumia 625 moves one step further for some additional cost. £200 to be precise.  It has a larger screen than either of those phones, and also offers 4G connectivity which, until recently, made it one of the cheapest ways to get hooked up with ultra-fast internet.

There are some compromises you have to live with though that may well be dealbreakers for some, particularly if you like your sharp screens or plentiful apps. 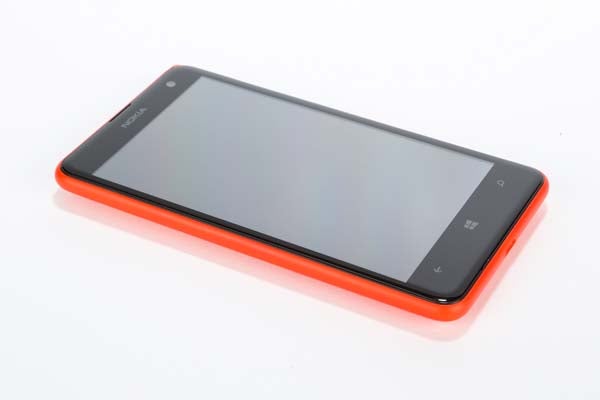 You might have already guessed by its name but the Nokia Lumia 625 looks a bit like an oversized Lumia 620. It has a relatively large 4.7-inch screen, much larger than we usually expect from a relatively affordable phone like this.

It also features the same removable battery cover as the 620. The Lumia 625 has a plastic shell that covers the rear and sides of the phone, so there aren’t any obvious seams to see on its body.

A dual-layer finish means that the outer part of the plastic shell is translucent plastic. Colours available include the Lumia-staple red, green and yellow, alongside white and black for those after a more serious look. 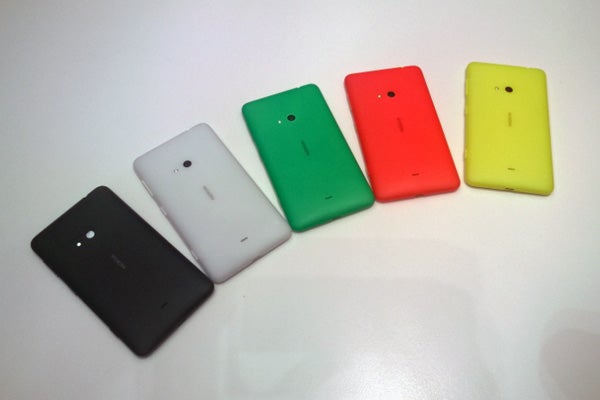 Although it borrows design elements from the Lumia 620, the Lumia 625 isn’t quite as good-looking a phone. There are visible dots on the plastic case, under the translucent part, that spoil the look a bit, and the high-contrast black buttons have been dropped in favour of a more innocuous colour-matched ones. The larger handset size ensures it’s simply not as cute either.

It’s a bit like a child actor who has grown up, but retained enough of their childish looks to appear a bit weird as an adult. The Lumia 625 – it’s the Fred Savage of the budget phone world. Of course, all of that is avoided if you opt for the black or white models. 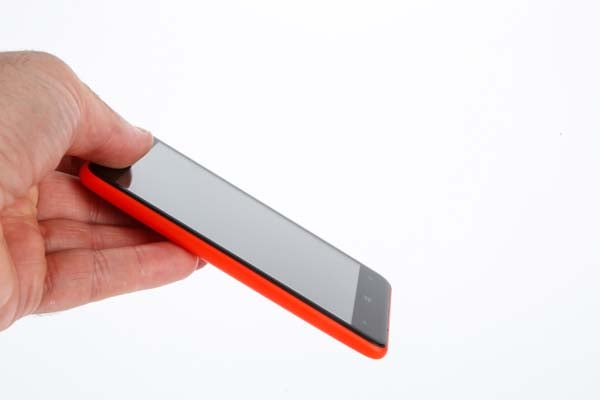 Its ergonomics are good too. The Lumia 625 is 9.2mm thick and its lightly curved back leaves no harsh edges for your fingers to grip hold of. It’s heavier than most phones at 160g, but not enough to become a serious issue.

As we expect from Nokia, build quality is solid. The plastic used in the Lumia 625 is thick enough to avoid suspect creaks in normal use

Its 8GB of internal storage is one of the signs that the Lumia 625 is a budget phone. However, under the cover you’ll find a microSD memory card slot for easy and cheap storage expansion. 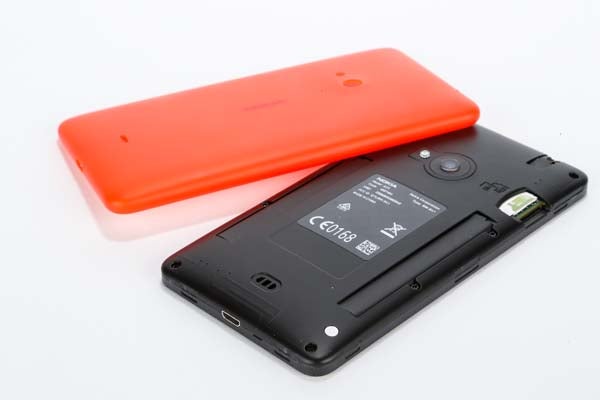 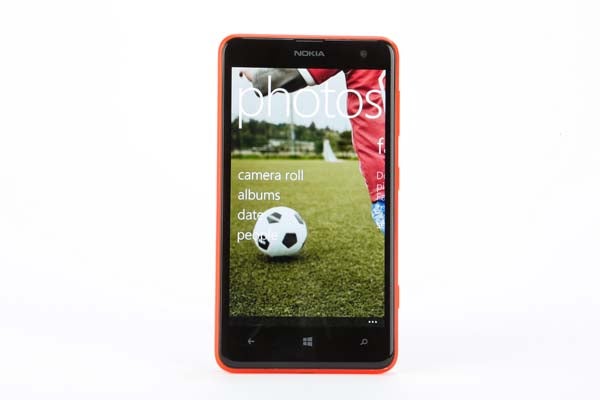 The screen is not very sharp. Windows Phone 8 tries to combat the problem with clever text smoothing in the main interface. This makes the Lumia 625’s display appear soft, rather than blocky. Fundamentally though it doesn’t look great. The disappointing screen resolution shows up even more in parts of the phone Microsoft has a little less control over – such as playing video or browsing the web. Small text can also look very blocky.

It uses a basic LCD panel that has none of the “Clear Black” claims attached to Nokia’s pricier phones. When turned at certain angles, the Lumia 625 screen turns greyish. More importantly, colour and contrast in general just aren’t particularly good. Disastrous? No. Images do not pop in the same way they do on other Lumia phones. Side-by-side, the Lumia 625 screen appears worse than that of either the Lumia 520 or Lumia 620.

That said, the anti-reflective coating of the Lumia 625 is superior to the Lumia 520 – it’s fairly usable outside at maximum brightness.