The Nokia Lumia 625 runs Windows Phone 8, just like all of this year’s Lumia-series phones. If you’re upgrading from a Windows Phone 7 phone, you’ll notice it looks pretty familiar.

One of the most obvious upgrades in this version of Windows Phone 8 is that you can use smaller shortcut icons on the home screen. This comes in extra handy with a large-screen phone like the 625.

Windows Phone 8 is a slick-looking system that looks and feels consistent whether you’re using a budget phone or a top-end one like the Lumia 925. This consistency is one of its greatest strengths. 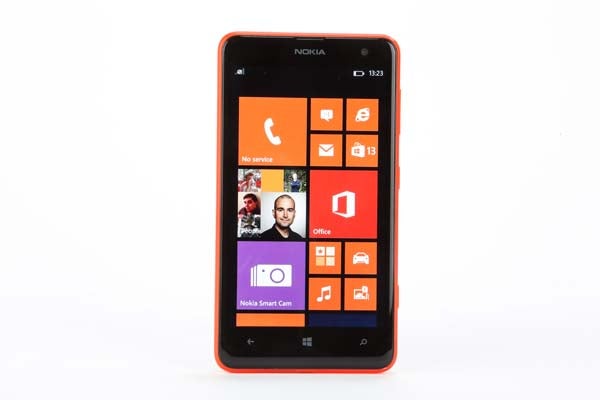 Flicking through the fully customisable home screen and the apps menu feels classier than it does in Android. It’s full of swish transitions and it’s a highly stylised look.

It comes with the HERE suite of apps, which provides a decent maps app and a GPS navigation app for use in the car.

Nokia Xpress is on board as well. This is a browser software that used to be a big deal on Nokia’s cheapy smartphones, but has made a return here. It’s designed to reduce the battery life and data you use while surfing. It does so by giving you easy-access shortcuts to your favourite websites, and weaving articles from them into a digital magazine. It means you need to spend less time trawling around the web manually. 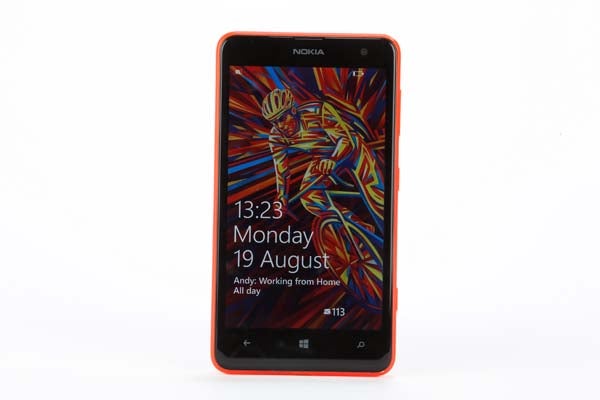 Windows Phone 8 is also strong at incorporating content from a host of different sources. In the settings menu you can plug in your login details for email accounts and social networks including Facebook and Twitter. All your emails, DMs and tweets will then be drawn into the People hub, where they’ll be linked to their respective contacts (People doubles-up as your phone book in Windows Phone 8.)

It’s neat, but we did find that we reverted to using social apps rather than relying on Windows Phone 8’s built-in features.

Apps are not the Lumia 625’s strong point. Windows Phone 8 has the weakest apps and games selection of all the major mobile platforms.

If you’re a mobile gaming fiend, stay away. If you’re just after the app basics, the Nokia Lumia 625 does have most bases covered. Facebook, Twitter, Spotify, news reader apps – you’ll find them all on the Microsoft Store.

However, you’ll often find that the apps aren’t all that good. For example, the Nokia-optimized YouTube app is nothing more than a link to the YouTube mobile site. 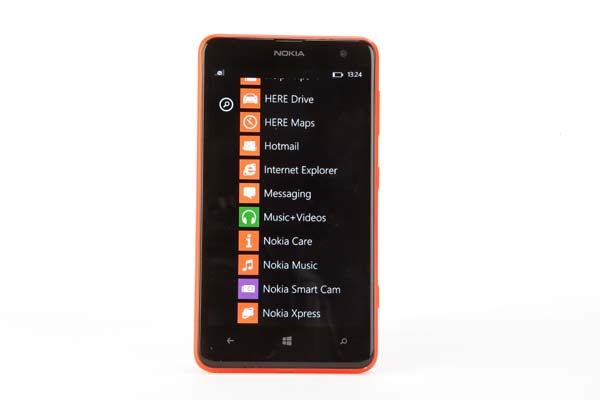 You’ll need to live with a few of these issues with a Lumia 625, or at least be willing to spend longer looking for half-decent apps. The limited number of high-end games makes having a fairly good mid-range processor feel a little pointless.  None of our usual benchmarking games – Real Racing 3, Dead Trigger, Epic Citadel – are available on Windows Phone 8.

The Nokia Lumia 625 has a dual-core Qualcomm MSM8930 1.2GHz CPU, the same used in the more expensive Samsung Galaxy S4 Mini. It only has 512MB RAM, where the top-end Lumias have 1GB, but you generally wouldn’t notice this deficiency day-to-day.

The phone feels fast, with no hint of the budget compromise that the display suffers from.