The Nokia Lumia 520 is Nokia’s most entry-level Windows Phone 8 mobile. You can get it free on even the cheapest contracts but it’s also worth considering as a ouright purchase. You can find it for less than £100 and, if you shop around, you can get it for even less on a pay-as-you-go deal. While it lacks some of the neat touches you’ll find on the more expensive Lumia 620, it proves that Windows Phone 8 is a great platform for budget phones.

If you don’t want to read the full review you can watch our video of the Nokia Lumia 520, with all its key features explored.

Entry-level phones tend to feel cheap and, quite often, tacky. Less stylish and a good deal chunkier than mid or high-end phones, they also tend to suffer from build quality issues.

Nokia has managed to buck this with the Lumia 520. It is among the best phones in its class in this respect and while it uses a plastic battery cover, like virtually all budget phones, the backplate manages to cover the whole phone aside from the screen.

This gives the Lumia 520 a more unibody look that is comparable to high-end Nokia phones, even though this is certainly not a unibody mobile. The plastic cover is reasonably thick which helps it feel sturdy and tough. It also comes with a matt, textured finish which helps it avoid the pitfall of tacky glossy plastic that plagues many cheaper mobiles. 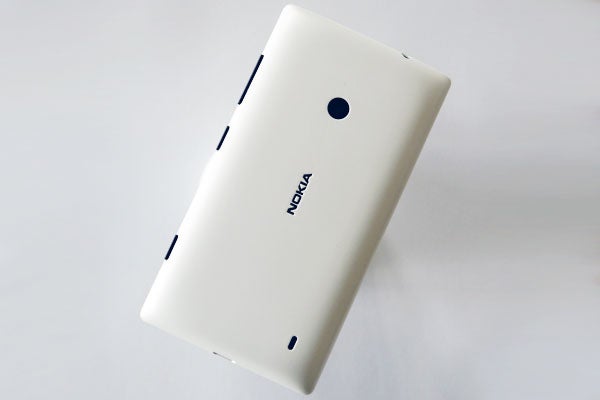 While it’s not as cute or pretty as the 620 the Nokia Lumia 520 manages to both look and feel like a classy phone. The 620’s cover has a translucent layer that gives its finish an appearance of depth. On the 520 the plastic is quite basic and opaque.

From an ergonomics perspective it works very well, though. The textured finish means it’s grippy and the carefully curved rear helps it sit in your hand comfortably.

You even get a few neat style touches. for example the Lumia-staple trio of physical buttons on the right edge of the phone are stark black to contrast punchily with the phone’s hue. There’s no labelling of what these buttons do either – another aesthetic blunder common to cheap phones. 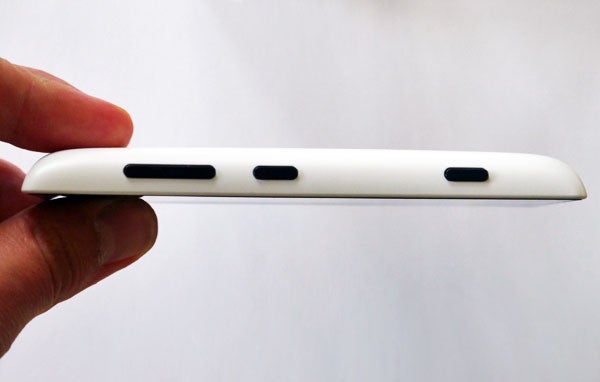 These side buttons control the power, volume and camera shutter.

You get five colours to choose from; red, blue and yellow, as well as the more sober white and black. Both the microSD memory card slot and SIM slot live under the battery cover to help keep the Lumia 520’s exterior looking simple and slick.

The display on the Nokia Lumia 520 is a little bit bigger than on the Lumia 620. It is four inches across, which is quite generous for a phone priced this low. As well as being a shade larger than its more expensive brother, it’s also larger than the Samsung Galaxy Ace 2’s screen and Sony Xperia E’s display. And both of those tend to cost more.

However, it’s pretty basic in a number of different ways. Its viewing angles are fine, but the display quality is otherwise limited. There’s a reddish tint to the display, ensuring colour accuracy is average and the lack of any sort of reflection-battling layer reduces the impression of contrast. This means that the Lumia 520 a bit of a pain to use outdoors in sunlight — it’s seriously reflective. 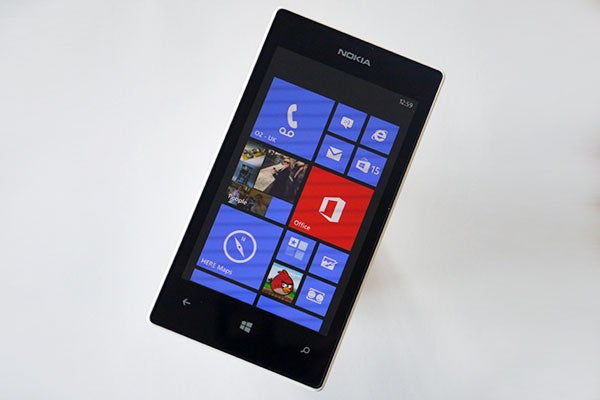 The glass covering the display isn’t robustly toughened, either. It has some scratch resistance, but will flex under the pressure of a firm thumb prod. However, it’s far from the worst case we’ve seen, and any normal of pressure does not cause any screen distortion.

Screen resolution is 800 x 480 pixels, resulting in pixel density of 233ppi. Sharpness is well below the top phones out there, but for a low-end phone it’s perfectly good. Plus top brightness is impressively uncomfortable to gaze upon in most situation,  and the screen size is large enough to happily read websites and play games on.