The Nokia 620 has been superceded by the Nokia 630

Since the Windows Phone revolution started in 2010 with Windows Phone 7, things haven’t quite panned out as Microsoft hoped. Poor sales, slightly borked budget models and lack of public recognition didn’t help matters. But things are starting to turn around.

The Nokia Lumia 620 is a sign of this turnabout. A superb range of features, delightful design and excellent price make this not only the best budget Windows phone around, but one of the best budget phones, full stop.

If the 620 still seems a tiny bit pricey for your budget, you should also check out the Lumia 520. It’s around £50 cheaper SIM-free and has a larger screen. The catch? It’s not as cute, it lacks a few of the 620’s flashier features and its screen’s a wee bit lower-quality.

Don’t fancy reading through our full review? Take a look at our video review below, which shows you what the phone looks like in-hand, as well as showing off a few of its top features.

The Nokia Lumia range is no stranger to commercial failure, but it has provided us with some of the most recognisable phones of the last few years, like the classic Lumia 800. Previous budget models had none of this flair, but the Nokia Lumia 620 is treated to a spoonful. 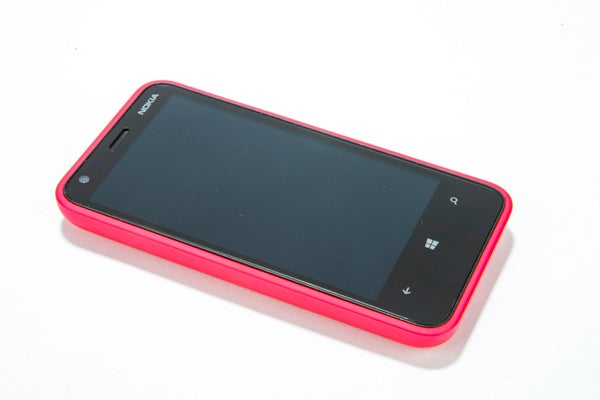 There isn’t any of the high-end colour-drenched polycarbonate of the top Lumias, but the Nokia Lumia 620 is one of the cheeriest, most carefully-style affordable phones around. Its full-back removable plastic battery cover snakes around to the glass front of the screen, a perfect impression of a unibody phone that leaves the handset with no ugly seams, and palm-hugging smooth curves. 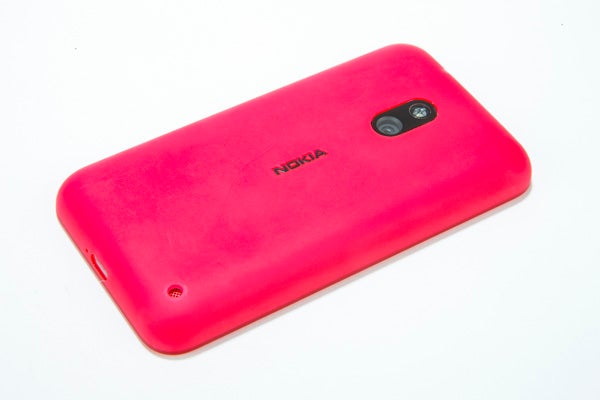 The Nokia Lumia 620 comes in seven colours, and each cover is a cut above the norm. Rather than being made of simple glossy plastic, each has two layers. The bottom is a thin layer of opaque plastic, topped with a secondary translucent layer that gives depth to the finish. It may not feel like a top-end phone exactly, but this makes the Lumia 620 seem classier and more interesting than many other budget blowers, including its comparatively dull predecessor, the Lumia 610.

With a bit of imagination, you could even say that the red case gives the Lumia 620 the impression of being ringed with neon, viewed from the front. 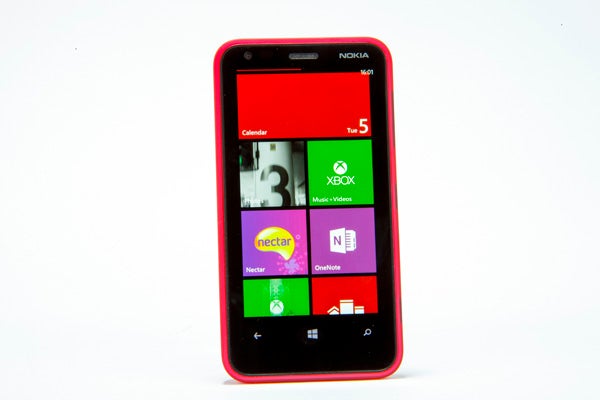 Fun energy and accessibility are what the Nokia Lumia 620 is after, and it gets both in spades. A few years ago, the 3.8-inch screen of this phone would have seemed huge, but now that the high street phone shop is dominated with mammoth mobiles like the Samsung Galaxy S3, the Lumia 620 seems positively kid-friendly. At 11mm thick, it’s certainly not slim, but the ergonomic purity of the phone’s unbroken curves mean you barely notice the chunk factor. 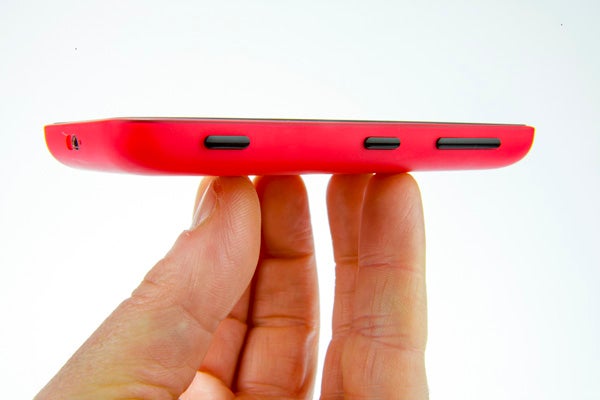 The Nokia Lumia 620’s relatively small size makes reaching the phone’s on-body buttons a cinch, helped by Nokia’s characteristic button placement. Where most phone-makers tend to put power buttons up top and volume rockers on a side edge, the Nokia Lumia 620 lays all its buttons along the right edge. The power button naturally rests under your thumb if you’re right-handed, and the volume controls are only a thumb slide away.

Further down this right edge you’ll find the camera shutter button. It’s rare in phones these days, but is a requirement of every Windows Phone 8 mobile. As this button automatically launches the camera app, we were concerned holding the phone might accidentally set the thing off, but in-use we encountered no such problems.

This shutter button is a symptom of the ways in which Windows Phone is restrictive, but the Nokia Lumia 620 also demonstrates some of the ways Windows Phone 8 has loosened up a few of these. Most important of all, take off the battery cover and you’ll find a microSD memory card slot.

The Nokia Lumia 620 comes with 8GB of internal memory, just under 5GB of which is accessible. This is plenty for a handful of apps and games, but if you want to make this your music player as well as your mobile, you’ll need more storage. Phones of the previous generation – Windows Phone 7 mobiles – didn’t support this handy expandable memory feature.

Another recent improvement is the ease of file transfers. In the previous Nokia Lumia phones, you had to hook up to the Zune desktop software to transfer files – much like the iPhone’s relationship with iTunes. There are no such annoying restrictions here. You can just plug the Nokia Lumia 620 into a computer to drag ‘n’ drop, bung in a microSD card or even share files over Bluetooth. Owning a Windows Phone mobile comes with far fewer irritations than it used to.

There are few sockets on the Nokia Lumia 620 – just a microUSB port on the bottom edge and a 3.5mm headphone jack up top. And, oddly, the headphone input is built into the case rather than the phone itself, connecting with little metal contacts, but functionally it makes no difference.

Wireless connectivity is a different story. It’s excellent for a low-cost phone. 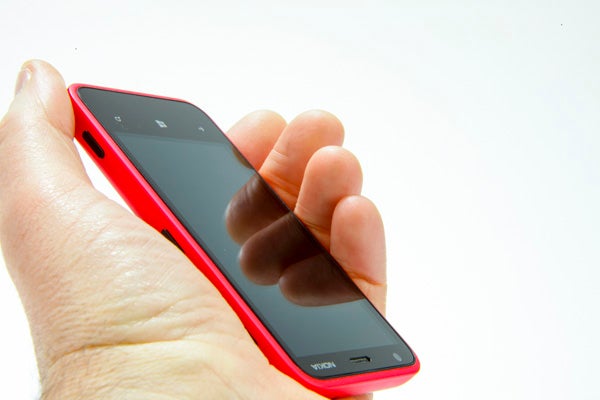 Staples like Bluetooth, HSPA 3G mobile internet and GPS are all expected in a modern smartphone, but including NFC in the Lumia 620 wins Nokia a fistful of tech brownie points. Although the  NFC is in its infancy in terms of mainstream adoption, it’s an important element of the future-proofing of this phone.

NFC stands for Near-Field Communication and lets devices communicate wirelessly over short distances. The most attention-grabbing use of NFC is in making payments on the high street without a credit card, but it can also be used to transmit information between devices. Windows Marketplace even offers a section in its app store showing off NFC-based apps.

All the Nokia Lumia 620 misses out on is 4G. And such a connection won’t be much use in a budget phone for at least a year. Would you really fork out for a contract that gets you a £400 phone and opt for a £150 one?