The Nokia Lumia 1020 offers good call quality. Its call speaker offers excellent clarity, with none of the muffled quality you can get in some phones that neglect call quality over flashier features.

Earpiece speaker volume is good rather than astounding, but it’s more than fit for purpose. Like most higher-end phones, the Lumia 1020 employs a secondary microphone to remove ambient noise from the call signal before it reaches whoever you’re talking to. 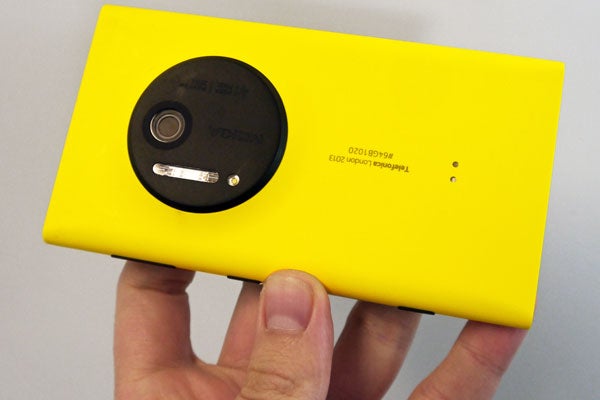 The Nokia Lumia 1020 uses the standard Windows Phone 8 music player, which is both snappy and attractive. Nokia has added some sound enhancements for headphones too.

You get a seven-band equaliser and the Dolby Headphone DSP mode that fiddles with the audio channels and the sound balance a bit to give the impression of 5.1 surround sound using plain old stereo headphones. We don’t rate it using it for music, but it is handy for movies.

None of the audio enhancements can be used when playing through the Lumia 1020’s internal speaker, though. And the speaker isn’t anything to get too excited about. 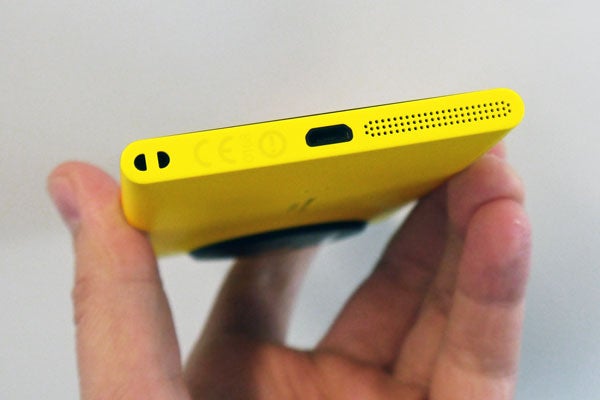 It fires out of the bottom edge of the phone through a single grille – giving no chance of any stereo effect whatsoever. Maximum volume is pretty good, but sound quality in general is unremarkable. The Lumia 1020 lacks the bass response of something like the HTC One, and can sound a little harsh at high volumes.

The Nokia Lumia 1020 has a 2,000mAh battery, and there’s no way to easily access it as the body is completely sealed. Stamina varies hugely depending on how you use the phone – more so than with an Android mobile.

The tight reins Windows Phone 8 keeps on a phone mean that with very light use, the Lumia 1020 can last for ages – Nokia quotes a standby time of 16 days or 384 hours. That’s more than an iPhone 5S.

However, with some use of the Xenon flash, some web browsing and game-playing, the Lumia 1020 is less-than-impressive. You can easily drain the thing in a day, and even with fairly careful moderate use you’ll need to charge every day.

There is a battery-saving mode that helps out, though. Battery Saver mode stops automatic syncing of things that require internet access, such as emails and social network updates. With this feature engaged you can comfortably glide through a day and a half’s use – but you get similar modes with current Android phones anyway.

The Nokia Lumia 1020 is a phone that only makes sense as a buy if you care about camera quality above almost anything else in a phone. It can produce shots that’ll compete with compact system cameras in some specific lighting conditions, and easily outclasses the vast majority of phones.

However, disregard the camera and the Lumia 1020 and your left with a phone that doesn’t necessarily offer quite enough benefits over a lower-end, or slightly older, Lumia phone. Its processor is only slightly more powerful than the bottom-rung Nokia Windows phones. The leveling effect of the efficient Windows Phone 8 system makes top-end phones difficult to justify.

And next to a top-end Android, or an iPhone, the games and apps selection – and the rate of app updates – is frustratingly poor. In a £500 phone, these issues are harder than ever to forget.

The Nokia Lumia 1020 is a slick, striking phone with a class-leading – if not entirely perfect – camera. However, if camera quality is not your number one concern, we consider the Lumia 925 or an even cheaper Lumia model, like the Nokia Lumia 620.

Next read our round-up of all the best phones