The Nokia Lumia 1020 runs Windows Phone 8, Microsoft’s mobile phone system. There are no Nokia customisations to how the core software feels to use, because they aren’t allowed.

Windows Phone 8 looks and feels similar on an ultra-budget phone as a top-end one like the Lumia 1020. Using them side-by-side, we were struck by how similar the bargain basement Lumia 520 (around £100) and Lumia 1020 (around £480) are in day-to-day performance. There simply isn’t the huge gulf you find with many Android phones. The Lumias are slick across the board. 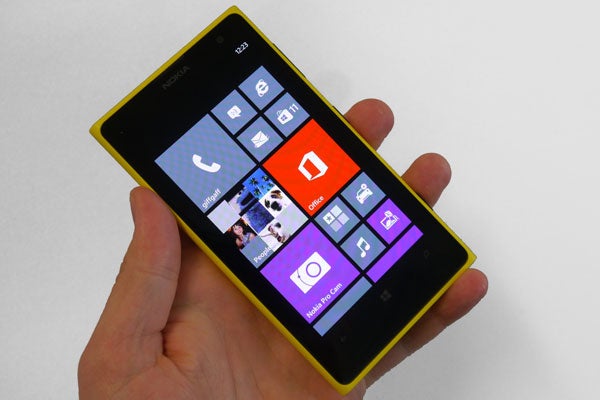 Even the specs aren’t dramatically different from some lower-end models. The Nokia Lumia 1020 has the same dual-core 1.5GHz Krait MSM8960 as the Lumia 820, although RAM in this phone has been bumped up to 2GB – to aid in the number crunching demanded by camera processing.

That the Lumia 1020 can get away with packing-in an old graphics processor because the games selection on Windows Phone is poor compared to an iPhone or high-end Android.

The Windows Store is where you get apps for a Windows Phone 8 mobile like the Lumia 1020. And all its premium games are siphoned into an Xbox section – where the games are certified to a high level of quality and win you Xbox Live Achievement points for playing titles. Yep, the same points you’d get from playing an Xbox 360 game.

Virtually all the Xbox section games are worth a look, but there are fewer than 170 of them, they tend to cost a fair bit (most are over £2) and almost all the third-party titles are iPhone ports released a year or more ago on at least one mobile platform, if not several. 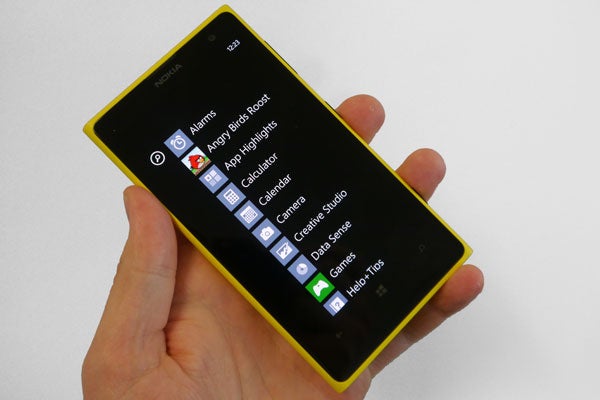 There’s fun to be had, but if you’re coming from an Android or iPhone, it’s as depressing gaming landscape.

However, the Lumia 1020 does cover a lot of app basics from the off. Foremost, it has the HERE Suite, a Nokia collection of mapping and GPS apps.

Nokia Drive is an in-car navigation app that’s remarkably good for a freebie. You can download whole countries for use online, there’s turn-by-turn voice navigation and it uses live traffic information to save you a bit of time on your commute. You can pre-program your work commute too. HERE Maps is an alternative to Google Maps that also lets you download maps for offline use.

Like every Windows Phone 8 mobile, the Lumia 1020 is ready to hook up with social networks as soon as it’s switched on. You can input your Twitter, Facebook and LinkedIn details, to let the People hub (which also acts as your contacts book) grab all your social updates.

Within Settings you’ll also find support for Outlook, Yahoo!, Hotmail and Google email accounts. It may not have all the apps of its competitors, but it does incorporate a decent number of ‘ground level’ features without needing a trip to an app store.