The Lumia 1020’s key feature is undoubtedly its camera. It has an eye-popping 41-megapixel camera with an ultra-large (for a mobile phone) 1/1.5-inch sensor with optical image stabilisation and a seriously impressive dual LED/Xenon flash array.

It’s almost certainly the most advanced mobile phone camera ever produced – although the Nokia 808 PureView did offer a slightly larger sensor and the Samsung Galaxy Zoom has an optical zoom.

The most striking bullet point on its feature list is the Lumia 1020’s 41-megapixel resolution. However, it’s designed predominantly to capture images at five megapixels (for easier sharing) and its maximum effective resolution is 34 megapixels.

That’s nothing to turn your nose up at, though. Even the full-frame Canon 5D MK3 ‘only’ uses a 22.3-megapixel sensor.

The Nokia Lumia 1020’s approach is much different to that of almost every other camera, though. Its sensor pixels are tiny at 1.1 microns (that’s the same size seen in the 13-megapixel Galaxy S4). So, to get the higher image quality and low-light performance Nokia promises, the pixels need to be grouped, their collective output used to produce much more accurate, high-fidelity images.

Before we find out whether it’s successful, let’s find out what the camera is like to use.

The Lumia 1020 offers three separate camera apps – a bit of a handful. There’s the standard Windows Phone 8 app, the Nokia Smart Lens app and the Pro Mode app, there to give you ‘pro-style’ control over camera settings.

Native Windows Phone 8 Camera App
The basic Windows Phone 8 camera app is very simple. Tap on the subject of your photo and the Lumia 1020 will both focus and take a snap. 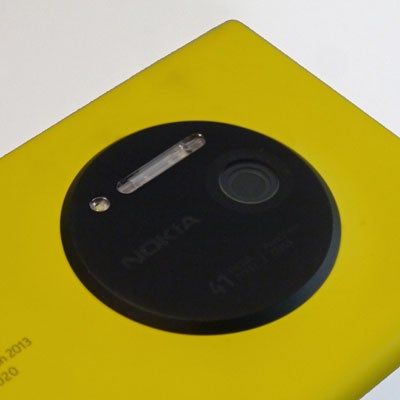 It’s not designed to give you quick access to any camera settings – making it less than a perfect fit for the Lumia 1020 – but it’s perfect for casual snaps. The buttons it does offer simply let you switch between stills and video, between the front and rear cameras, between shooting with and without flash, and between Lenses.

Lenses are miniature camera apps used to add modes to a Windows Phone 8 camera. As standard you get a Panorama, but no HDR mode. Additional Lenses can be downloaded from the Windows Store – many cost money.

Lenses are a neat idea, but ultimately feel quite clumsy, which is why – we believe – Nokia adds more-or-less complete camera apps in the form of Smart Lens and Pro Mode.

Nokia’s first extra camera app is Smart Lens. It’s best thought-of as the fun and frivolous side of the Lumia 1020’s camera.

Smart Lens is a burst mode camera app that shoots 10 frames (at reduced resolution) in quick succession. You can then create motion blur effects, remove any unwanted moving objects and create an ‘action shot’ that features multiple instances of the same moving objects – perfect if you’re shooting a runner or cyclist.

Although it can come up with some fun, eye-catching results that’ll go down well on social networks, Smart Lens isn’t where we took our best shots. Here’s a Nokia demo of the sort of thing you can do with Smart Lens – 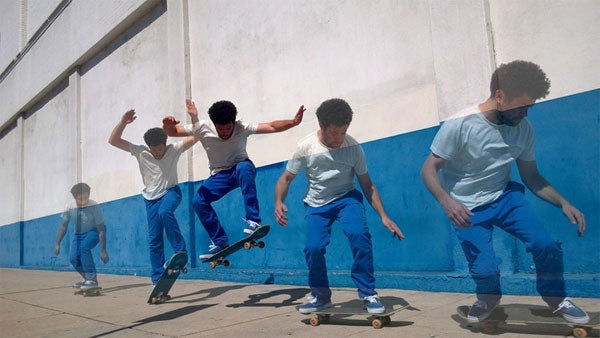 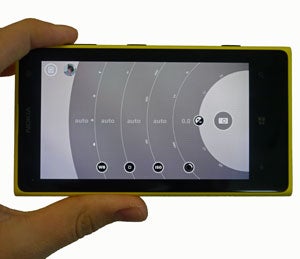 The most successful of the Lumia 1020’s photo modes is Pro Mode. Its main aim is to give you a simple and clean interface that offers quick and easy manual control over settings.

It does this in style too – although one of the most important manual controls, aperture, isn’t here as the Lumia 1020 has a fixed f/2.2 aperture.

What you do get to control are white balance, focusing, ISO, shutter speed and exposure compensation. Taps on their little icons at the top of the screen bring up control wheels designed for easy operation with a thumb. Or you can set the lot in one go using the view that fills the screen with control dials.

Fiddling with the dials also tries to give you a preview of the effect the change will have on-screen.

Out of these Lumia 1020 control options, the most interesting are manual focus and shutter speed – the others are found in most decent phones cameras, but are hidden in menus.

The additional control lets you take a much more dynamic approach to photography, using longer exposure times and managing the output with the exposure compensation dial. Two thumbs up.

The Pro Mode is admirable quick to use, but without doubt the most serious problem with the Nokia Lumia 1020 camera is shooting performance.

Focusing is fast and reliable, but with a full four second delay between taking photos, the Lumia 1020 is much, much slower to snap with than something like an iPhone 5, which only has a half-second delay between snaps. This situation is exacerbated if you’re using the Xenon flash, which needs to charge between uses unlike an LED.

Why so slow? Well the photo is actually taken quickly, so you won’t miss the magic moment, but the delay is probably down to the amount of processing needed to squeeze all the information grabbed from a 41-megapixel sensor into a 5-megapixel image. Using the Pro mode you can choose whether to take 34MP and 5MP images or just the 5MP one, but the processing is always needed.

So the camera is always slow to finish taking a picture.