The Nikon D750 is a full-frame DSLR for the kind of photographer who wants a camera one step down from the pro models. You get the low-light flexibility that comes with a full-frame sensor, and some features generally left out of the top models – all without some of the extra cost of the top dogs.

At £1,799 body only, the Nikon D750 is an excellent choice for the buyer who doesn’t yet want, or need, the extra dynamic range and pro-level control offered by the £800 more expensive Nikon D810. 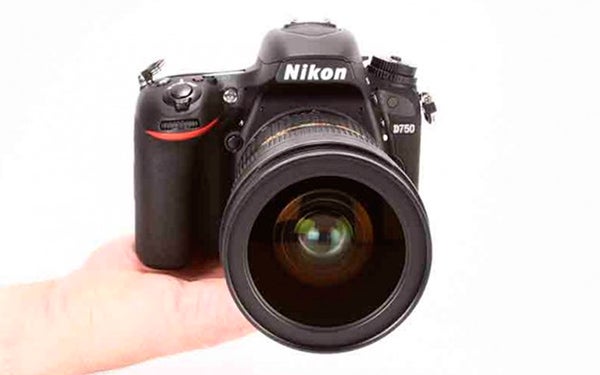 The Nikon D750 is a large 24-megapixel DSLR. While we’re starting to see smaller full-frame interchangeable cameras introduced, like the Sony A7 and Sony A7R, this camera brings no radical changes to the shadows cast by Nikon’s FX DSLRs.

Construction sits somewhere between the plastic entry-level and mid-range Nikon DSLRs and the all-magnesium-alloy Nikon D810. The front part of the camera is plastic reinforced with carbon fibre, while the top plate and rear panel are magnesium alloy. 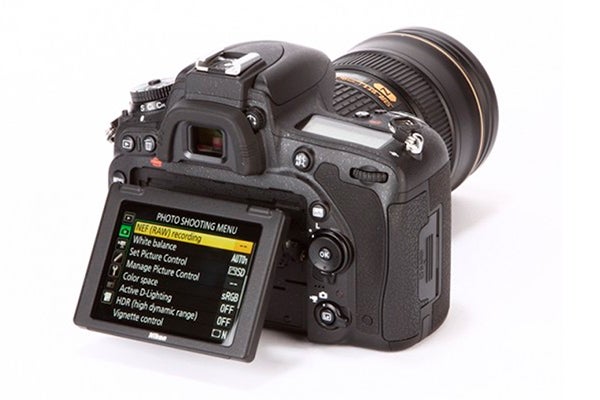 The thought here is to use the tougher material where the Nikon D750 is most likely to get bashed and scraped. It should work too – as with a lens attached the front of the camera should rarely be resting against anything but your hand.

Despite using a fair bit of plastic in its construction, though, the Nikon D750 is still quite heavy compared with lower-end models. It weighs 840g with the battery and memory card in tow, so if you’re planning on stepping up your camera hardware from a lesser model, you’ll have to step up with it.

The weight and relatively chunky frame are important elements in making a camera feel at-home with a serious piece of glass attached to it, though. As well as having the heft to convincing carry such cargo, the Nikon D750 also has an excellent, deep handgrip. It feels well balanced, and ready to take on the more serious FX and DX series lenses.

Like the Nikon D610, the D750 will take two SD cards at once, and they can be set to record separately in RAW and JPG. This will make reviewing images a good deal less fiddly – or alternatively you can pool their storage for greater capacity. 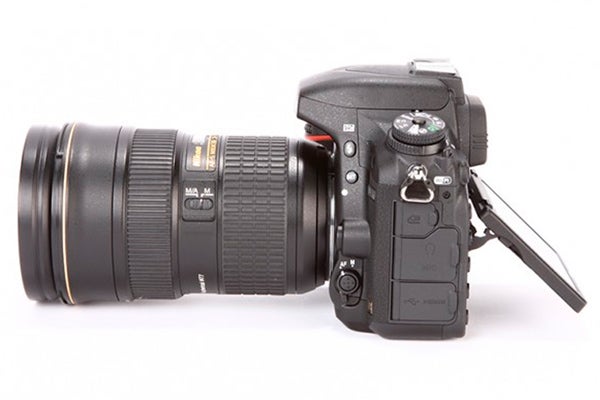 You’ll also see some features left out of Nikon’s real top-end models. What will be the draw for many is the Nikon D750’s 3.2-inch tilt screen: the Nikon D810’s screen is fixed.

While not fully articulated, the Nikon D750’s tilting display will be extremely handy for video shooters, not to mention anyone shooting from well below eye level. Of course, the D750 is a bit of a heavyweight to start flinging around like a compact – it weighs more than four times as much as the Nikon 1 J4 CSC.

The Nikon D750’s screen is good, too. Like other recent Nikons it adopts the WRGB pixel structure for greater maximum brightness without sucking too much battery power. You can also tweak the colour calibration in the settings menu to your satisfaction. 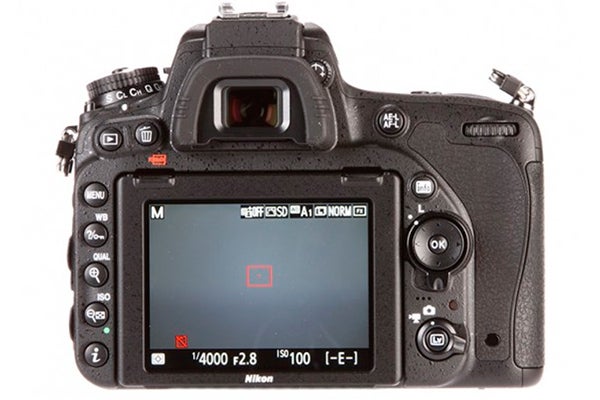 We were pretty happy with the Nikon D750’s screen performance off the bat, though. Contrast and colour are strong, and the 1,229k dot resolution is the same as you get with the Nikon D810. It’s not a touchscreen, but such a feature would likely feel out of place in a camera of this grade.

As well as having a tilt screen, the Nikon D750 is the very first full-frame Nikon DSLR to offer integrated Wi-Fi. It was left out of the D810 for reasons unknown, and before now you had to pay for a £45 adapter to get it in your Nikon DSLR.

Like other Wi-Fi cameras, this lets you transfer images to a phone easily, and remotely take pictures, using your phone as a virtual shutter button. 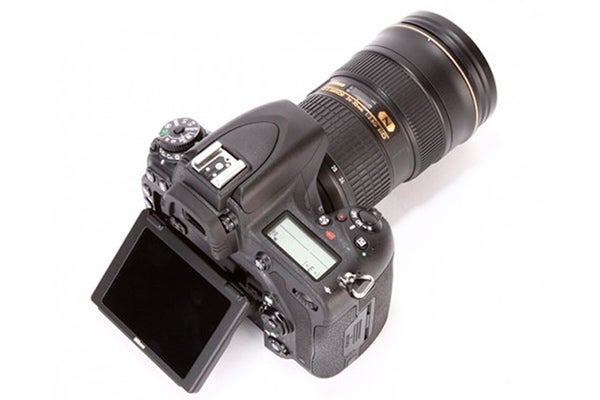 In having Wi-Fi and a tilting screen, the Nikon D750 actually benefits from being a somewhat mid-range model rather than a top one, and there are significant differences in its manual controls, compared to the D810.

The Nikon D750 keeps the standard mode dial, often left out of top-end cameras, and it sits to the left side of the top plate. Other controls are arranged around the rear display. 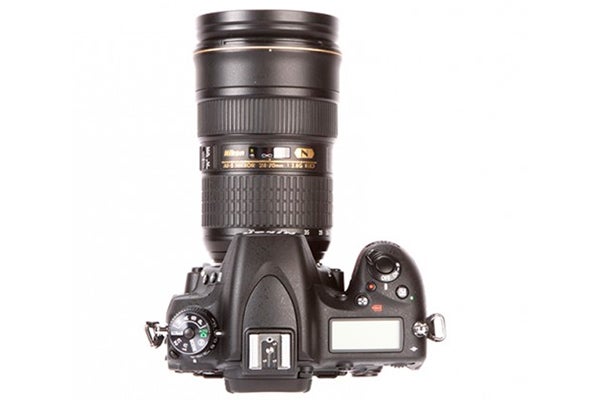 This kind of control layout is very much that of an enthusiast model rather than a pro one. It’s more accessible for most people, but lacks a few quick-control buttons you get with the D810 that can shoot up speeding once you really get to grips with the camera.