What is the Sony A7?

Despite recent developments with Micro Four Thirds and APS-C sensor technology, a number of irrefutable factors mean that the very best in image quality is still delivered from full-frame sensors. The larger sensor size delivers better dynamic range, better performance at high ISO settings and a shallower depth of field, amongst other benefits.

Up until recently CSCs hadn’t been able to incorporate full-frame sensors, but Sony has finally managed to achieve the marriage with its new Sony Alpha 7. Not only is the Sony Alpha 7 now one of the most compact full frame cameras available, but it’s also one of the most affordable, and on paper at least it presents a very real threat to some major DSLRs. 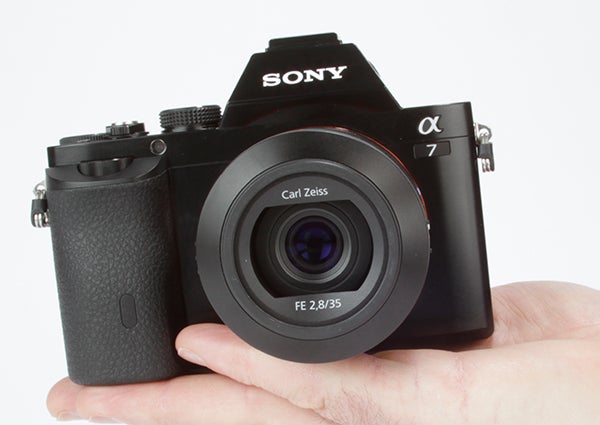 One of the by-products of a full-frame sensor is that it produces a large amount of data, and as a result it can present some issues when it comes to processing speeds. Sony has looked to address this issue with the Sony Alpha 7 through the inclusion of the BIONZ X processor. The processor is new to the Alpha 7 and includes a range of cleaver features, including diffraction reducing technology and area-specific noise reduction. It allows for a burst mode of 5fps – dropping to 2.5fps with exposure and AF active between shots – while the Alpha 7 also offers an ISO range of 100-25600.

The full-frame sensor itself takes shots at 24.2MP and, unlike its sister camera the Alpha 7R and a host of other recent compacts and DSLRs, retains the optical low pass / anti-alias filter. Another welcome feature of the A7’s sensor is the presence of on-chip phase-detection AF technology complete with 117 phase-detection points. These phase detection points combine with a 25-point contrast-detect system in what Sony is labelling its hybrid Fast Intelligent AF system.

The combination of the Fast Intelligent AF system along with the BIONZ X processor will, Sony claims, result in a 3x faster AF performance than found on systems utilising the previous processor. 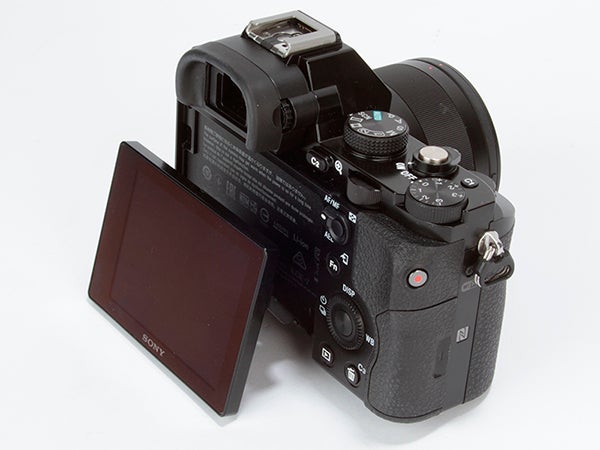 The rear of the Alpha 7 houses a 3-inch, 921k-dot LCD screen that’s of the vari-angle variety, allowing it to be tilted around a horizontal axis and be viewed from above and below. Accompanying the LCD screen is an XGA OLED electronic viewfinder complete with a 2.4m-dot resolution and 0.71x magnification, the very viewfinder that had previously found in the flagship Sony A99 DSLR.

As you’d expect for a high-end Sony camera, the A7 has full support for both NFC and Wi-Fi functionality. Unlike some other manufacturers, Sony’s Wi-Fi and NFC functionality is certainly complete, allowing for the wireless transfer of images to either smartphone or tablet, as well as remote control of the camera through the dedicated app.

One feature missing from the Sony Alpha 7 is any sort of built-in flash, and it’s also lacking in a bundled in flashgun. Instead, if you’re after a flashgun you’ll have to purchase one of the Sony units compatible with the camera’s Multi Interface Shoe. 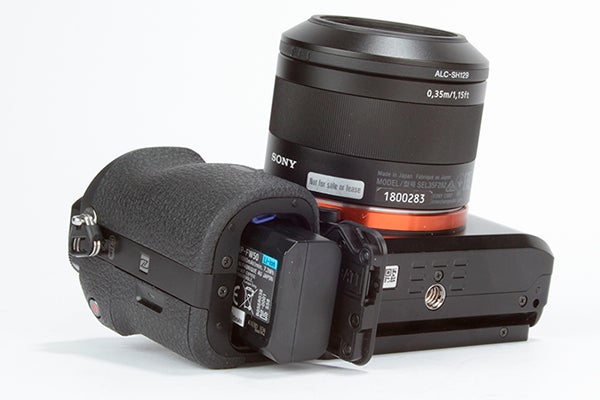 If you’re into shooting video the good news is that the Alpha 7 is well specified in this department. It offers full HD video capture at 1080p resolution, as well as at a frame rate of either 60 or 25p in AVCHD format. It also offers full live manual shooting control and features a 3.5mm jack for either microphone or headphone for monitoring purposes.