What is the Sony A7R?

Until recently, the only way to get your hands on a system camera with a full-frame sensor was to buy a Leica M-system camera, a practice that typically involves remortgaging your house. By placing a 35mm full-frame CMOS sensor into a mirrorless compact system camera, Sony created not one but two world firsts: the Sony A7 and its stablemate the A7R.

While the two models are very similar there are several key differences, chief among which is that the Alpha 7R boasts a significantly higher resolution of 36.4MP, compared to the Alpha 7’s 24.3MP. It’s got a few other tricks under the bonnet too, as you’d expect given the fact that it costs a few hundred pounds more. So, is it worth the extra cash? 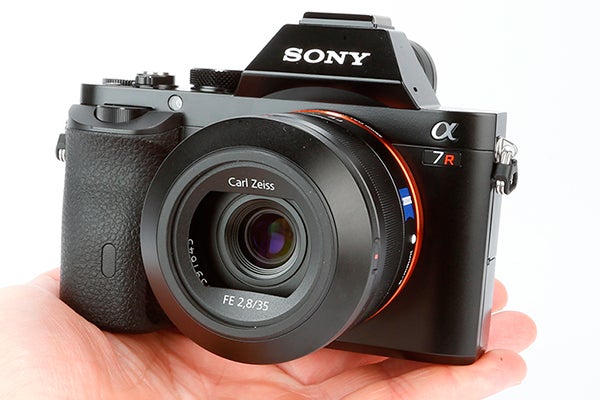 What really sets the Alpha 7R apart from its compact system camera (CSC) competition is its sensor. The full-frame CMOS sensor housed within the compact body (127 x 94 x 48mm) has more in common with the kind you’d find on a pro-standard DSLR than any other CSC on the market at the moment.

The whopping resolution of the Alpha 7R’s sensor would mean that a lot of similar cameras might struggle to keep up with image processing demands, however Sony has equipped the A7R with its new BIONZ X processor, which it says will process images three times faster than the processors found on prior Alpha models and Sony’s NEX cameras. 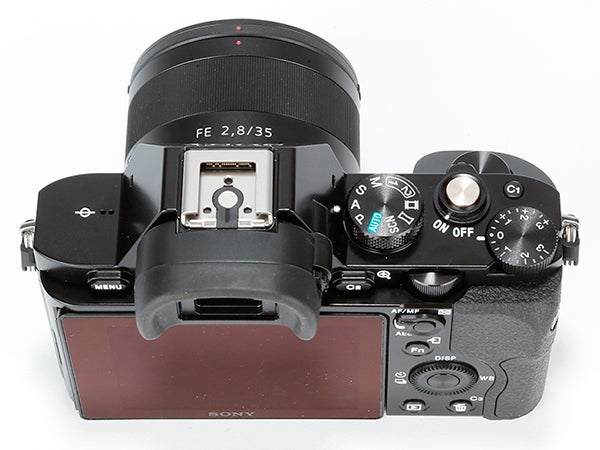 There do still have to be sacrifices though, and Sony has chosen to make them in the Alpha 7R’s shooting speed. The A7R’s maximum shooting speed is just 2.5fps, significantly slower than its CSC rivals. You can increase this to 4fps by switching off AF and metering between shots, but the A7R will never be a camera for high-speed photographers.

Electronic viewfinders can be a little divisive – some photographers can’t stand them – but the 2.4million-dot specimen supplied on the A7R is a very impressive bit of kit (although perhaps edged out a little in quality by recent Olympus and Fujifilm offerings such as the Olympus Stylus 1 and Fujifilm X-T1). There’s also a 3-inch rear-LCD screen, with a resolution of 921,000 dots. 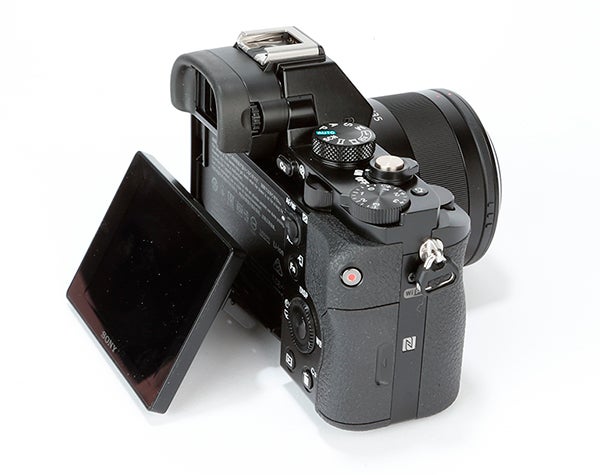 This is all very similar to what you’ll get on the Alpha 7R. Elsewhere there’s also Full HD 1080p video capture possible at a frame rate of 60p. Support for external microphones means the A7R is not a bad option for videographers. It’s also equipped with Wi-Fi and Near Field Communication (NFC) connectivity, and it’s possible to instant transfer images from the camera to another device like a smartphone thanks to Sony’s excellent PlayMemories app.

The Alpha 7R is either equivalent or superior to its cheaper brother spec-wise in pretty much every way except one: autofocus. The A7 uses a combination of two types of autofocus, called phase detection and contrast detection, to deliver lightning fast AF. The A7R, on the other hand, uses only contrast-detect, and is therefore a little slower.