The Nikon 1 J4 is a very small interchangeable lens compact system camera that takes over from the Nikon 1 J3. You get faster shooting, a higher-res 18.4-megapixel sensor and a tweaked design for around £500 with kit lens.

Small and simple is the name of the game here, and the Nikon 1 J4 gets you the sort of shooting performance rivals like the Sony Alpha a5000 and Panasonic GF6 can’t get close to. However, the fairly soft kit lens and small 1-inch sensor means it can’t really touch them on pure image quality. 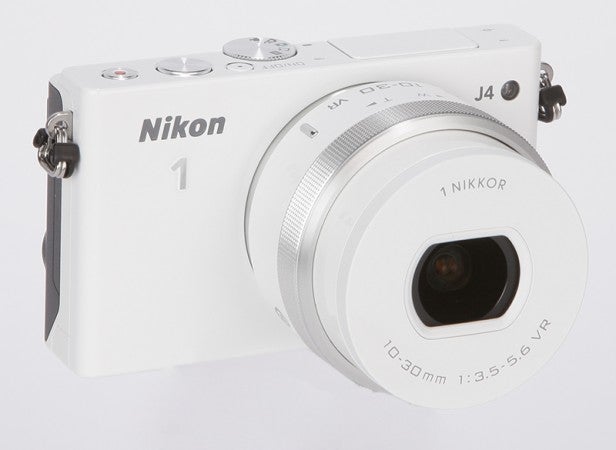 For an interchangeable lens camera, the Nikon 1 J4 is extremely small and light. A shade under 10cm long and just 28.5mm thick, it’s extremely pocketable for a camera of this class. And at 192g its weight is more like a phone than a camera.

Even with the standard 10-30mm kit lens attached, the Nikon 1 J4 isn’t that big. It’s a very compact package.

It’s also more expensive-feeling than several other compact system cameras. Where the Sony Alpha a5000 is mostly-plastic, the Nikon 1 J4 has a metal frame that feels hard and high-end, and befitting of a £500 gadget. 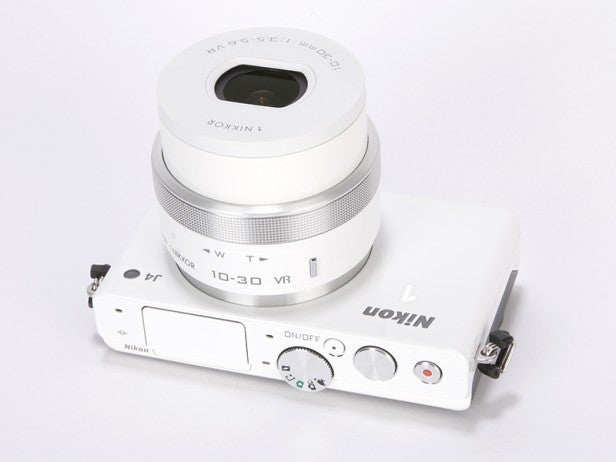 Out to make a good first impression. the Nikon 1 J4 will go down well on the high street. It comes in white, silver, black and – for those after something a bit louder – a striking orange-red shade.

Nikon has only tweaked the design a bit since last year’s Nikon 1 J3. The J4 is a slightly thinner, 9g lighter, and has slightly harsher edges. The once-characteristic curves of the J series are now largely gone. It’s less cuddly-looking, but perhaps classier. 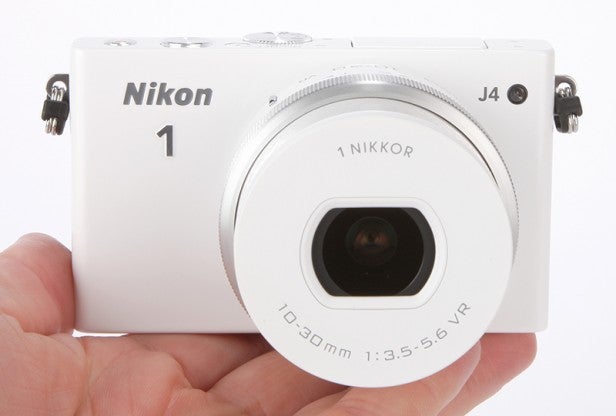 As you might expect of a camera this small, the Nikon 1 J4 does not have any kind of handgrip. Its quite a pure, simple little brick. Some of you may not like this approach, but we didn’t find it much of an issue in use – thanks to the great build quality.

Also sure to put off some of you, the Nikon 1 J4 has virtually no physical controls. There’s a mode dial, but even this doesn’t have traditional camera modes.

You won’t find shutter priority aperture priority and so on up here, but access to video capture, creative mode, the ‘best moment’ burst mode and movie snapshot. The latter takes a photo and a one-second video. 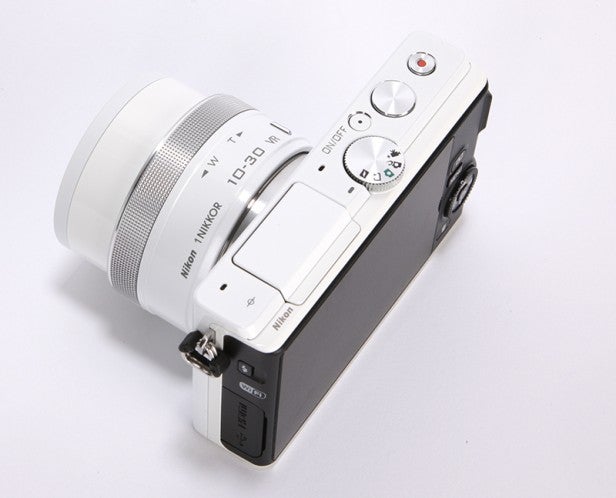 The Nikon 1 J4 is a £500 dedicated camera that takes some inspiration from the way we shoot photos with our phones. Whether that’s a good or bad thing is personal, but many looking for a more serious camera should probably steer clear.

If you’re after quick manual settings, you’d be much better off with the Nikon 1 V3. Despite the difference in number, they’re concurrent models – the V3 being the more enthusiast-friendly of the two.

The Nikon 1 J4 screen is good too. It’s a rather standard three inches across, but is sharp and clear with 1,037k dots making up the picture.

As well as offering a clear, bright image, the touchscreen is responsive and outdoors visibility is strong. Having a good screen is important when it seems unlikely that all that many Nikon 1 J4s will be used with a viewfinder – there’s no one built-in, and nowhere to attach one on the top plate.

There is a real missed opportunity in the J4’s screen, though. It doesn’t tilt, meaning you won’t be able to see what you’re doing when shooting at a weird or extreme angle.

Adding a tilt function to the screen would probably make the Nikon 1 J4 a bit chunkier, a bit less attractive, but if you care more about shooting photos than looks, it’s a shame. 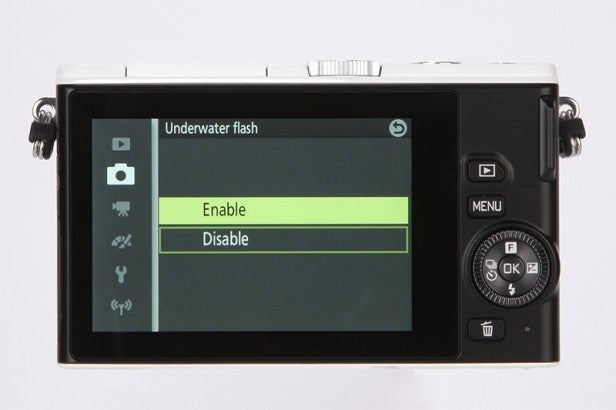 Is anything else missing? The Nikon 1 J4 does not have NFC, but despite being plugged into all sorts of cameras these days, it’s not truly essential. NFC is used to pair up with phones and tablets to transfer data over Wi-Fi, and the Nikon 1 J4 still has Wi-Fi – the important bit. 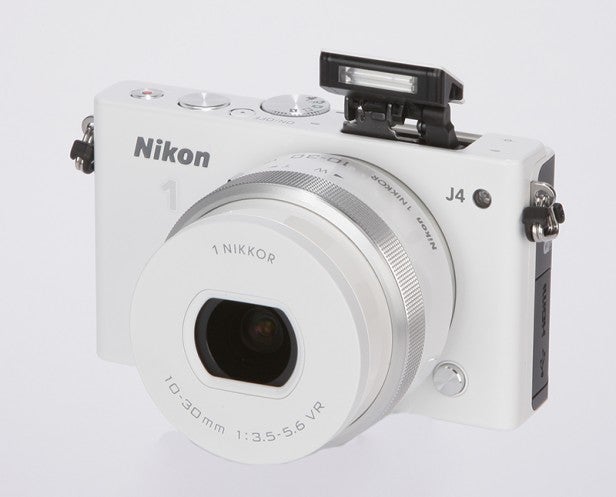 As you’d hope of a camera with such a casual bias, the Nikon 1 J4 has a few creative modes baked-in. These include things like HDR and colour pop, where a shot is made black and white except from a certain shade, for easy in-camera arty results.