At one point it looked like phones screens would simply get sharper and sharper, rather like being back in 2008 when camera megapixel numbers were rocketing without the underlying tech necessary to make proper use of them.

However, that all stalled last year. Plenty of phone-makers at the top end of the market continue to use 1080p screens, and that’s what the Nextbit Robin has.

There’s little need for any more pixels at 5.2 inches, though, particularly when a phone uses an IPS LCD screen. OLED screens can generally do with more pixels as most use shared subpixels, making them appear less sharp relative to their resolution.

My only gripe with the Robin screen is that the phone’s frame tricks you into thinking you should be getting around 5.5 inches of screen to look at. 0.3 inches may not sound like a lot, but I find it a big difference when, watching Netflix from a distance while on an exercise bike at the gym. 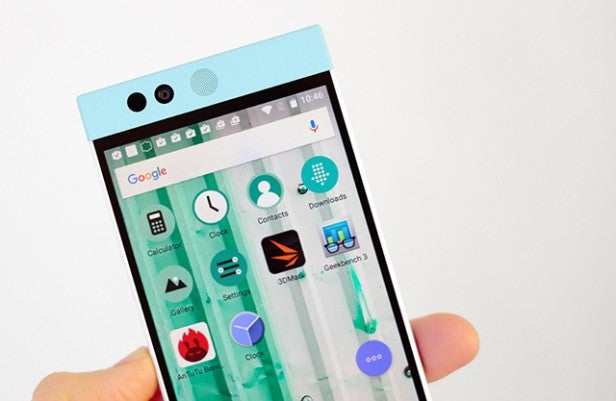 The Robin has punchy but not flat-out oversaturated colours, seemingly aiming for an Adobe RGB style rather than sRGB. That means it has a punchy look rather than an restrained one.

Viewing angles are good, there’s no sense the display layer is significantly recessed behind the top layer of Gorilla Glass, and contrast is good. Not OLED-good, of course, but that comes with using LCD.

This is a typical higher-end IPS LCD display. What Nextbit has added are a couple of screen modes, giving you something approaching the modes you get with the Samsung Galaxy S6. In Settings you can switch between Standard and Dynamic screen styles. Rather than being the sort of dynamic contrast mode you get on TVs, this appears to change screen settings depending on what you’re doing. Right now its effects seem to be fairly subtle.

The look of the Nextbit Robin stands out, but the cloud features come to define what the phone is about. There are a few of these, and the most interesting is the way it deals with apps.

Pretty much all phones just let you install apps and leave them there until you delete them. Like you’d expect, right?

The Nextbit Robin is different. You install apps as normal, but after a while it starts quietly removing unloved apps from your internal memory. The data is shifted from your phone to the cloud and you get 100GB to use.

These apps’ icons then become greyed-out ghosts on your homescreen, needing to be revived with a tap, which then retrieves the data from the cloud. As standard this only happens over Wi-Fi when the Robin is plugged-in, to avoid using too much battery life or mobile data. Four little LED indicators on the back let you know about the progress of the sync process. 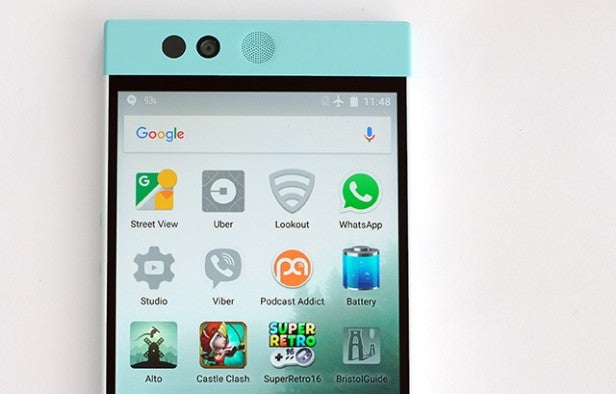 This is an interesting idea, one based on the premise that it leads to a phone that seems to have unlimited memory. All those games you install, play for a week and then forget eventually slink off the phone, until you either have a proper spring clean or choose to revisit them.

I’ve used the phone for a few weeks now, though, and haven’t loved the effect. Nextbit told us it had configured the phone so we could see the effects of the app-storing, which involves ramming it full of apps, pushing the Robin to archive more readily. However, I’m just not conviced it’s a real solution. They still take up visual space on your phone, creating clutter, and already a couple of times I’ve had to ‘refresh’ auto-archived apps, which at the time just feels like an inconvenience.

It’s doubly annoying if it’s a large app you desperately need, and therefore may have to download using mobile data.

The other side of the Robin’s storage style is photos. Like Google Photos, it uploads your shots to the Cloud. The only big benefit is that you get more space here. 100GB on Google Drive costs $1.99 a month, although if you upload at a slightly reduced quality, you get unlimited space on Google’s service so the benefit is moot.

The Nextbit Robin runs Android 6.0 and looks similar to the system’s default style. However, Nextbit has complicated the it a little.

It has home screens and an apps menu as usual, but instead of switching between them using the soft keys, there’s an additional button that hovers over the home screen. This is what takes you to the apps menu, which is a bit like that of CyanogenMod.

At times it takes a couple of seconds to appear, though, and it inserts another layer in between. This slows down your day-to-day progress significantly, I’ve found. The delay will probably be slimmed with subsequent updates, but that it has unnecessarily complicated Android’s structure won’t change. 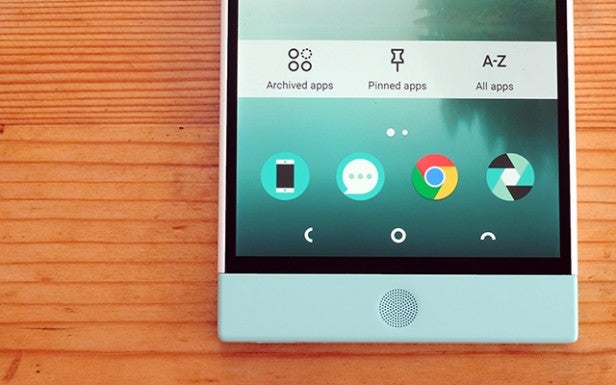 This is a shame as the UI otherwise looks and feels good. There’s none of the awkward fustiness seen in the LG, Huawei and Oppo styles.

It’s a polished look, but general performance still needs improving. Right now there are quite a lot of bugs in the Robin’s software, which cause hiccups that make it appear inconsistent. There are occasional pauses, that slow apps menu is a real annoyance and some parts of the UI scroll clunkily on occasion.

A lot of the time it feels as fast as the hardware suggests it should be, but not always. The Nextbit Robin has a Snapdragon 808 CPU, an upper-mid processor used in the LG G4. It’s similar to the Snapdragon 810 CPU that topped-off Qualcomm’s range last year, but has six cores instead of eight.

At this stage it’s in the “more than enough power” category, not that you’d know if from using the phone at times. 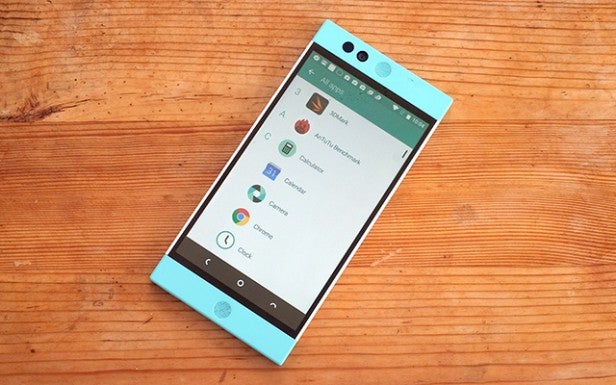 It scores 68256 in AnTuTu, 344 in Geekbench 3 and 20358 in 3D Mark Ice Storm Unlimited. What should we take from this? Without having tested the Samsung Galaxy S7 and its 2016 rivals first-hand it’s much easier to look at the Robin in a 2015 context. This phone doesn’t have quite as much power as the Galaxy S6 or HTC One M9, but crucially its GPU has the grunt to elevate it way above lower-mid range phones like the Wileyfox Storm (a Snapdragon 615 phone).