Google has started the rollout of Android 6.0 Marshmallow. Here are the features you can expect from the latest version.

It’s time to prod the Marshmallow: Android Marshmallow is here. But you still have a while to wait unless you own a Nexus 6, Nexus 5, Nexus 9, or have recently picked up a Nexus 5X or Nexus 6P.

So, the question: is Android 6.0 Marshmallow worth getting excited about? We’ve been spending some quality time with the new software to see what it offers over the Android Lollipop version we’ve been using for what feels like forever.

Here are the features that take Android Marshmallow a step further. Is it enough to steamroll iOS 9 and Windows 10? For now at least, we’ll leave that to you.

The apps menu is crazy-different

One Android Marshmallow change all of you will notice is the way the new apps menu works. It’s totally different to Lollipop and the other previous versions of Android.

Related: When will your phone get Android 6.0 Marshmallow?

This time, instead of a bunch of apps ‘pages’ you flick through horizontally, the apps box is a scroll thumbed through with a smooth vertical movement. It’s a lot more like Windows 10/Windows Phone’s apps menu, or that of the HTC Sense custom Android interface.

Is it better? Is it worse? This is very much a case of being different rather than better, but it does scroll very snappily on the Nexus 6 we’ve been using. Those with big app collections may find it faster. And, as in Android Lollipop, the apps are arranged alphabetically rather than letting you move them about yourself.

As before, there are no app menu folders either. You have to keep these on the home screens, if you want ‘em.

In order to help those who think the new apps menu is worse, and there will be some, there are some extra features to the apps area. First, there’s a search bar up at the top.

This is a text bar you just type words into, and Android Marshmallow searches your app collection for any apps with that name. There’s also an option to use the search term to look for other apps in Google Play. 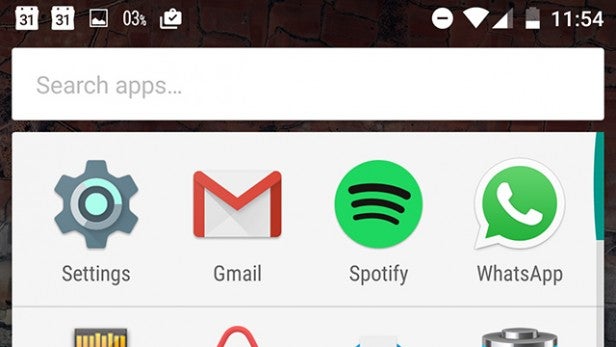 If your apps library is so massive you can’t remember which apps/games you’ve uninstalled, this bit will let you get them back on-board sharpish.

There are also four special apps slots right at the top of the apps menu. These are filled using an algorithm that picks the most important apps based on those you use most, and have used most recently.

On the Nexus 6 these extra interface elements can feel like a bit of a stretch to reach. But then 95 per cent of people think the phone is that bit too big anyway. The Nexus 6X should feel comfier.

The clock has gone all stylish

Lollipop upped Android’s style game, and Marshmallow tries to take that a step further with a redesigned clock. It’s little more than a font shuffle, but does give the new software a bit of a different, sharper visual personality.

Check it out below. The date text is now written in all-caps, and the font of the time characters seems to be a bit thicker, as if Google has hit the ‘bold’ button. 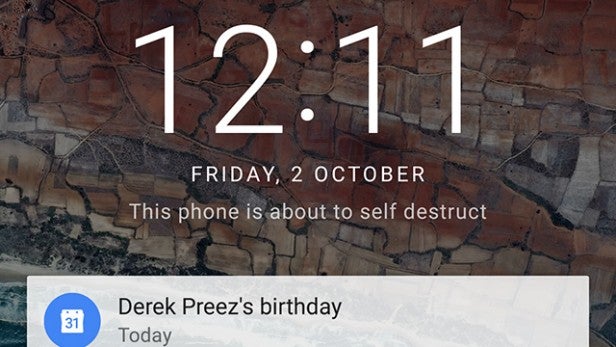 Google has added a memory manager

One of the complaints about Android Lollipop was that its memory-hungry nature introduced all sorts of performance problems in phones without absolutely loads of RAM.

A new feature lets you check out the memory usage of all your installed apps without using a third-party app. 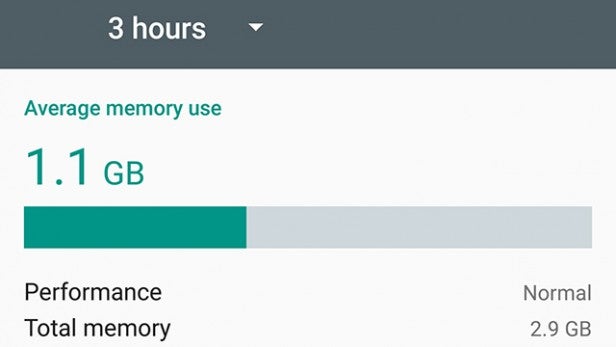 However, before you get too excited, it’s mostly about monitoring RAM use and seeing if there are any apps doing things they really shouldn’t rather than tinkering with how much memory apps are allowed. You can see the RAM use over the last 3, 6, 12 or 24 hours, to let you identify when and where things are going wrong without too much active monitoring on your part.

As is so often the case with Android, you’ll still likely have to try uninstalling/reinstalling any apps that are seriously misbehaving.

You can add a lock screen message

A tiny little tweak of Android M is that you can now add a little line of text to your lock screen. Maybe you’ll want to add a little tag to your ‘Jim’s VHS and DVD rental’ small business, or a way to tell you and your other half’s his ’n’ hers Nexus 6s apart. 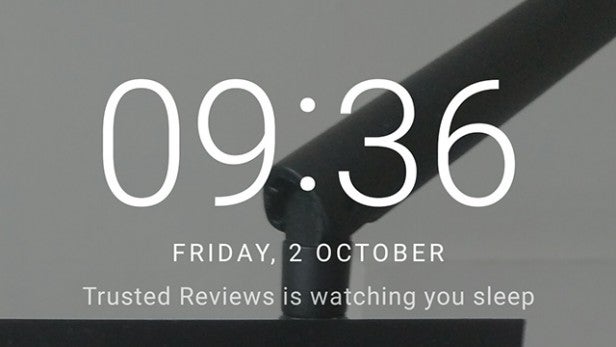 Unlike the date font, this little extra line is written in lower case, and seems to have opacity of just under 100 per cent, making it a bit less bright than the clock.

It’s basically a custom number plate for your phone: go to town.

Android only really started to embrace proper a battery-saving mode with Android Lollipop, even though custom skins have had such features for years now. Android Marshmallow adds a whole new battery area called ‘optimisation’. 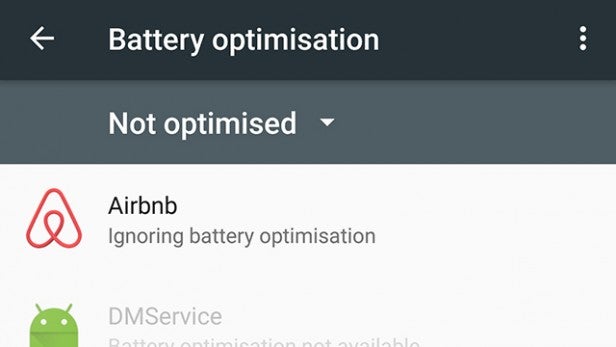 This tweaks how apps eat energy when not being actively used in order to save battery life. As standard, all apps bar the Android system itself use battery optimisation, and all you can do is make important apps exempt from this feature.

Google hasn’t laid out too clearly exactly what optimisation does, but you can bet part of it is about regulating access to mobile data and how freely they can perform background processes.

The volume controls have changed yet again

One part of Android Lollipop that everyone got quite angry about originally was the volume control. The silent mode was ditched completely. It caused a bit of a fuss.

Related: What is Google Now on Tap? 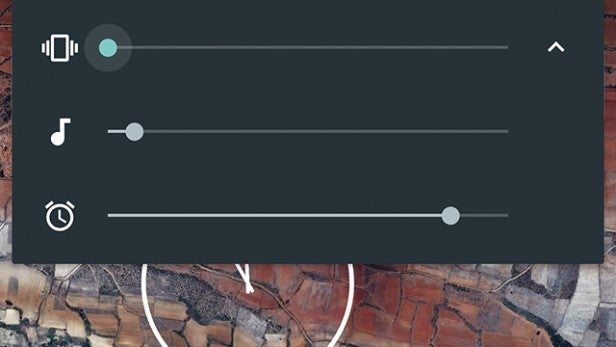 It has returned, sort of. Android Marshmallow has a Do Not Disturb shortcut in the notifications drop-down that lets you switch off certain alerts for a period of time, or indefinitely. It does feel kind of fiddly still, but is designed to make sure you don’t switch the feature on and then end up missing your early morning alarm.

This new spot for Do Not Disturb lets Android Marshmallow pare down the volume controls a bit. Press the volume button and you’ll see the slider for system notifications. Next to it there’s a drop-down arrow that gives you access to the separate ‘media’ and ‘alarms’ volume dials.

Finger scanners have been found in Android phones for years now. However, it’s only with Android Marshmallow that the system supports the hardware natively. Before now, software for these scanners had to be jammed in by the manufacturer. 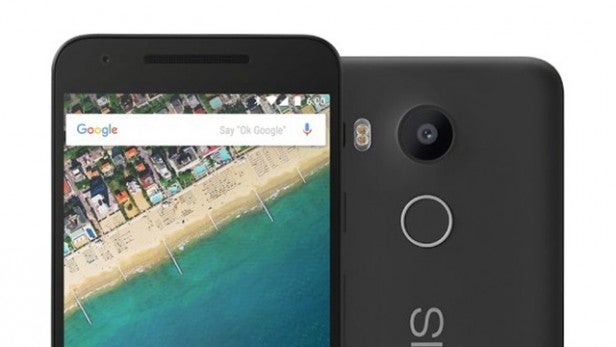 Both the Nexus 5X and Nexus 6P have rear fingerprint scanners, and Google calls the system Nexus Imprint. It lets you unlock your phone with a finger-press, as an identification measure in apps and to sign off on Pay wireless payments.

Pay has been around for years now, but more recently Google re-announced it as Android Pay. Hopefully it’ll catch on this time.

Android 6.0 makes the system’s digital assistant way more useful. Where before it was largely consigned to the Google Now area of the phone, it can be accessed to look up things wherever you are, using something called Now on Tap. 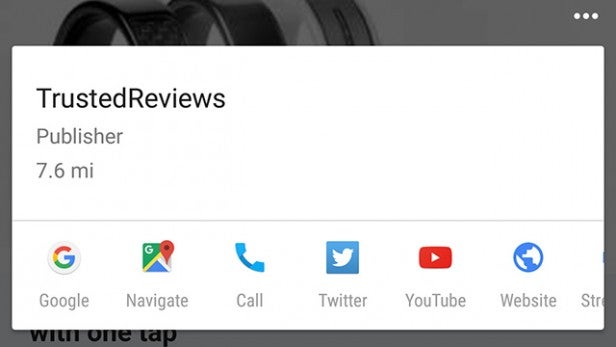 First of all, you can talk to the assistant whenever the phone is on the home screen just by saying ‘Ok Google’.

Don’t like talking to your phone? One of the neatest parts of Android Marshmallow is that the digital assistant can now be called up everywhere. A long-press on the Home button makes the Google Now assistant scan whatever’s on the screen to find extra info online that might be helpful.

It works absolutely anywhere. One example of a good use we found was looking at Tripadvisor for a local restaurant, then using Google Now to fly straight to that place’s menu URL. Neat, right? The only bit it doesn’t seem to do yet is to OCR text in photos to Google Now-ify your photo gallery. Maybe one day, eh Google? 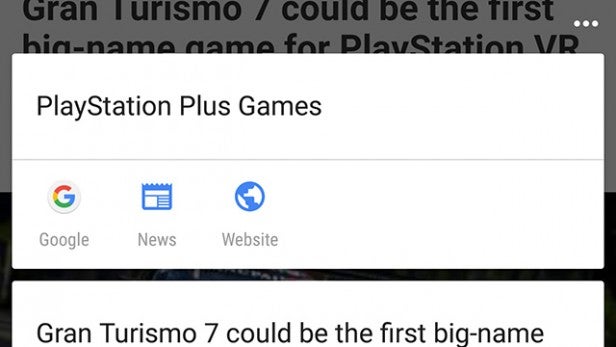 Permissions are on lock down

Before Android Marshmallow, app permissions were granted at the point of install. You agree to give an app access to, say, your camera, contacts and storage as soon as the app begins installing. This has changed.

From now on, apps will have to ask for your permission to access the camera, at the point where they want to use it. It’ll make things much clearer, letting you see exactly what apps are doing in the background.

For all apps already granted permissions, you’re also given a much clearer round-up of what’s what in the Settings menu. A dedicated section shows you which apps have access to your camera, your contacts and so on, and you can revoke them at the press of a switch. 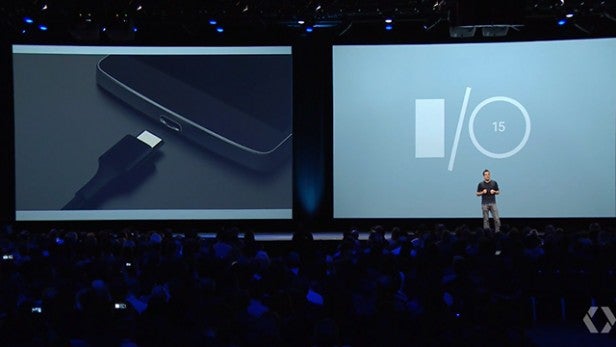 One important bit of future-proofing is full support for USB-C, which is closely linked to the USB 3.1 standard. We’ve seen this plug already in the OnePlus 2, but it was really just a USB 2.0 port with a different connector.

The big news is the new set of capabilities we’ll see when ‘proper’ USB-C phones arrive, with USB 3.1 support. They’ll be able transmit 40x the power of the current USB connectors, although exactly how much power phones of the future are going to gobble up is something we don’t know yet.

Bandwidth will increase too, but it’s the prospect of even faster-charging batteries that has us excited. 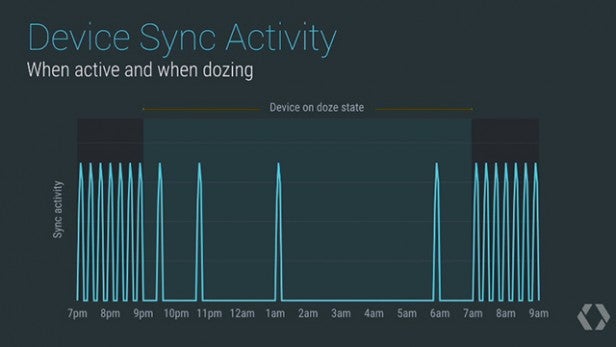 In a bid to hopefully give your battery life a boost, Android Marshmallow introduces a feature that recognises when the Android device is in a rested state to help conserve power. Google says it has tested it with a Nexus 9 and claims it can help make battery life last two times longer in standby mode by using fewer background services. If you’re worried about missing out on alarms and incoming instant messages, Doze will still allow those notifications and modes to be activated.

When will Android 6.0 Marshmallow be available?

Are you impressed by Android 6.0 Marshmallow? Let us know in the comments section below