What is the Wileyfox Storm?

Following on from the Wileyfox Swift, the Storm is the British brand’s flagship handset. It aims to offer high-end specs for a knock-down price in a similar vein to Chinese upstart OnePlus.

For the £199 entry price you get a decent Snapdragon processor, plenty of RAM, 32GB internal storage and a 1080p display. On paper, it sounds too good to be true.

Design used to be the first thing to fall by the wayside when manufacturers wanted to create affordable phones – just look at Samsung’s long line of mid-range handsets. That’s no longer the case – just look at the gorgeous, glass-backed OnePlus X.

There’s a whiff of style about the Wileyfox Storm, but on many levels it still falls into the trope of budget devices of old. 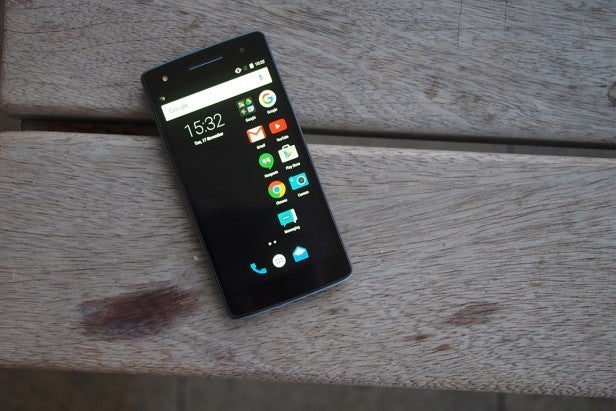 Plastic is the material of choice here, but the rear is cloaked in a slightly grippy, textured cover. Wileyfox calls it Sandstone, but it lacks the sandpaper texture of the OnePlus 2.

Surrounded by an orange rim, the camera sensor sits flush on the lower half and then slowly juts out towards the top. This looks odd, a little like the top section has come away from the body. I actually spent a few minutes trying to push it back in because I thought I had damaged it by mistake. It would look much better if the whole sensor were to protrude, keeping everything more uniform.

Below the camera is Wileyfox’s slightly too big and obnoxious fox-face logo. Now come on, with the branding already present in bright orange letters on the rear of the phone, was it really necessary to slap yet another moniker on there too? I think not. 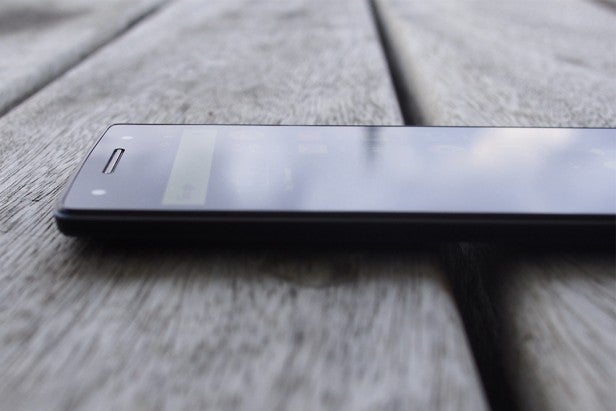 One thing the Storm does have going for it is that it’s durable. I’ve dropped it a couple of times and it hasn’t picked up so much of a scratch, either on the Gorilla Glass front panel or the plastic rear.

It’s a fairly large phone, of a similar size to the Nexus 6P. It seems that, in general, phones are becoming bigger – especially if you’re after high-end specs.

Gracing the front of the Wileyfox Storm is a 5.5-inch Full HD display. It’s an LCD IPS panel and, while the high resolution makes it virtually impossible to pick out individual pixels, it isn’t perfect.

Colours aren’t accurate, with reds in particular having a much darker hue than they should. In addition, pictures full of dark colours look very muddled, which is a shame when you’re scrolling through your snaps. 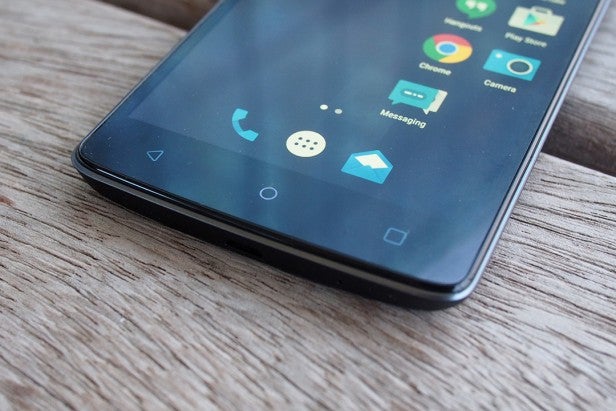 Viewing angles are fine though, with the camera performing well in bright sunlight. There’s even a neat night time mode that turns everything a little pink, making reading before bed far more comfortable on the eyes.

In terms of the competition, the improved resolution puts it above the 720p Moto G. However, this is only by a small margin, since that device has a smaller display, but it can’t match the colour accuracy of the panel used on the Moto X Play.

The handset is also a complete and utter grease magnet. Unlike any other phone I’ve used, the Storm attracts grime and fingerprints to an annoying degree. If you’re buying it, invest in some cleaning cloths too.

For the price, however, the screen remains impressive. If you want the larger footprint then there really isn’t anything else on the market for under £200 that can match it.