The Moto G5 has a 13-megapixel camera on the back, with a single LED flash. Like the phone’s CPU, there’s not really much progress here compared with last year’s Moto G4 but the results are still perfectly good considering the price.

Almost all the positives and criticisms levelled at the Moto G4 remain. Let’s recap. 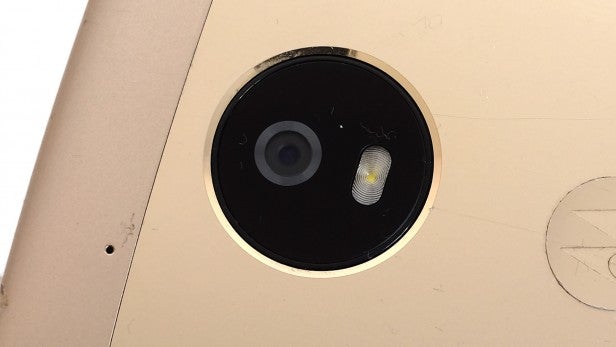 This is a generally nice-to-use camera. The Moto camera app is one of the most distinctively customised parts of the phone, and these days it works very well.

It’s a fairly simple app that wants you to focus on picking a subject, fiddling with the exposure if needed, but then leave the rest to the phone. Right by the aim reticle there’s a little exposure control. It’s very handy if you’re shooting in conditions with a lot of light variance.

For example, shoot during a gig and the Moto’s exposure brain will tend to overexpose as everything but the stage will seem near-black (all phones do this). Flick down the exposure dial and you’ll get much better results, and the Moto G take on this works well. 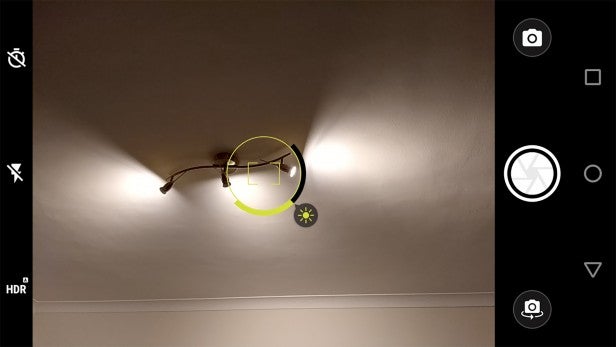 In good lighting you can take great photos, and when taking non-HDR shots the Moto G5 camera feels fast. I noticed no white balance blunders and detail is reasonably good.

This isn’t a phone camera I’d use to take holiday photos to print out on canvas for the wall (which I’m assured some people do). But when I experience a lot of my photos a year down the line when Google or Facebook reminds me I took them, these photos are at least good enough for that kind of photographic memory jog.

This phone also has a powerful HDR mode that lets you shoot in very tricky variable lighting conditions without ending up with an image that’s 50 per cent near-black.

There’s a lot of progress that hasn’t been made here, though, and it’s really a wider indication of the next steps I want to see from budget phones in general. This phone’s camera isn’t miles better than the Moto G3’s, really.

First, HDR shooting is significantly lower than normal shooting. Use the Auto HDR mode and it kicks-in reliably when needed, but the shift in shooting lag is jarring.

I’d also like to see smarter gradual use of HDR, using it to the extent needed. High-end phones have done this for a while, but the Moto G5’s seems to be less intelligent.

Low-light photo quality is also uninspiring. Colour fidelity goes out of the window with indoors lighting and detail drops a lot in indoors and night shots. This is no surprise. With no optical image stabilisation and an entry-level sensor, there’s no way the Moto G5 could dramatically improve performance. Here are some samples to give you an idea of real-life image quality: 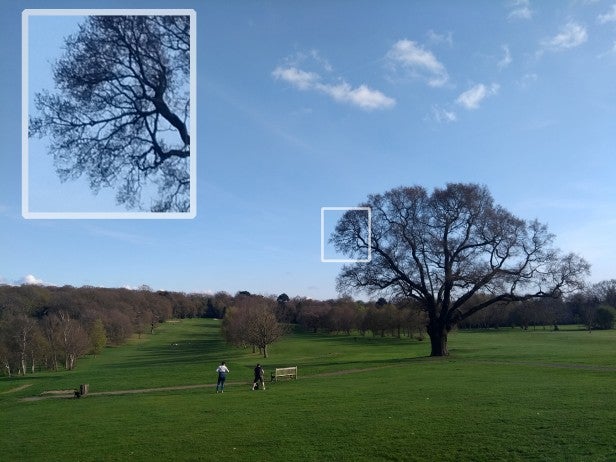 A high-end phone camera would do a better job of rendering these branches, but it’s otherwise a solid shot 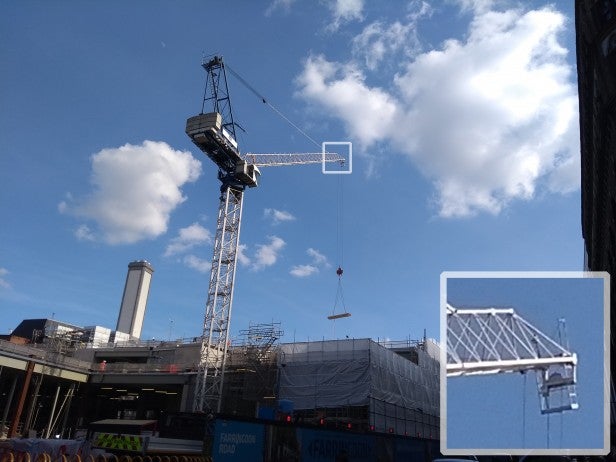 Here’s another look at the fine detail possible. Not bad for a £150-odd phone 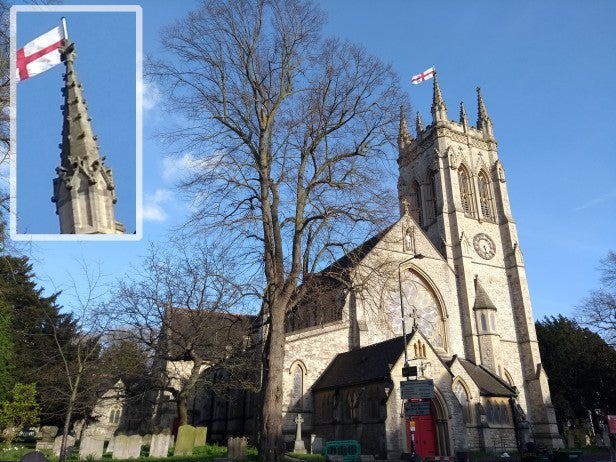 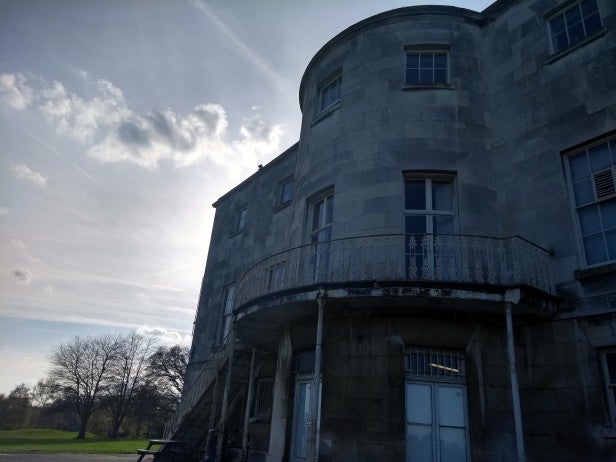 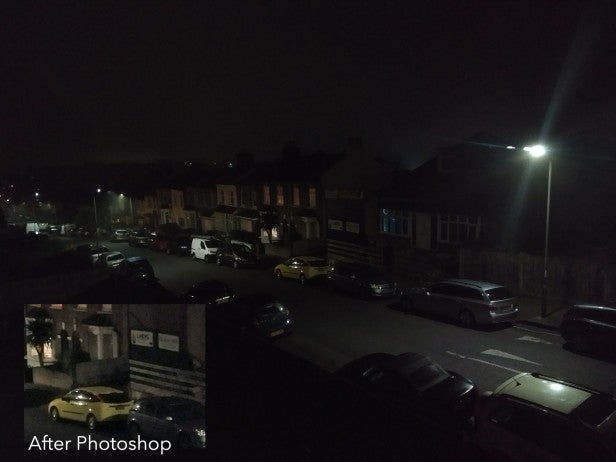 Night image quality isn’t terrible but the shots end up quite dark The cut-out shows the kind of detail you can get after some post-processing. Not ugly, but soft 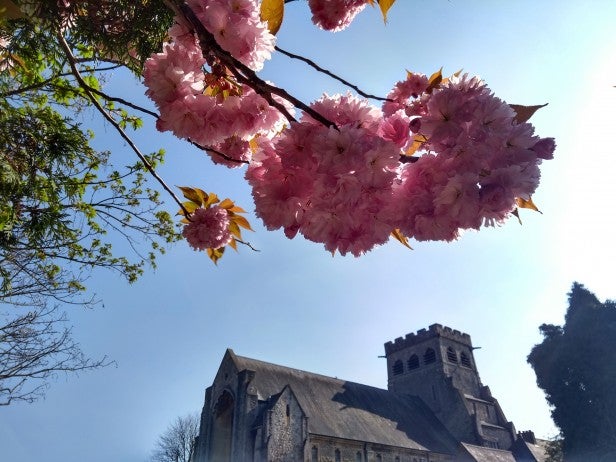 Here’s another HDR shot in action. Very strong light source to the right, but the blossoms in shadow are still very clear. Not bad.

There are some minor signs of the middling sensor quality even with daylight photos, with a slightly less clean, granular texture. You do need to get right down to pixel level to see this, though, so don’t worry about it too much.

I’d also like to see future versions of the Moto G use a wider lens aperture. The G5 has an f/2 lens. While I don’t think this alone would fix the low-light photo issues, it would let you take more dramatic close-ups.

The wider the lens aperture the blurrier a photo’s background will appear, using the same-size sensor. You can create slight blurry background effects here, but only slight ones. 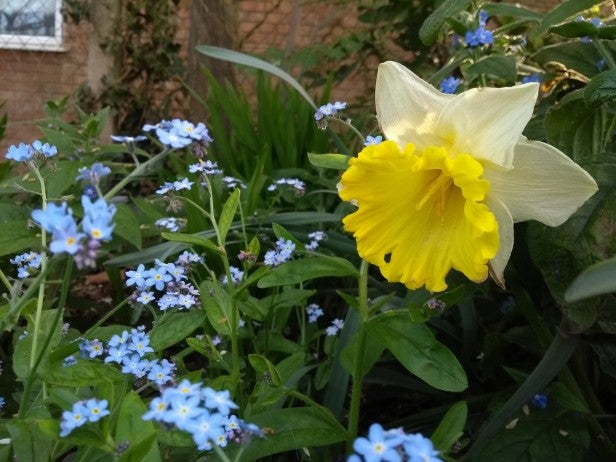 Just a few years ago, the Moto G5’s camera performance would have bowled us over in a budget phone. And it did, in the Moto G3. However, entry-level camera quality appears to have plateau’d. It’s a phone camera I’d be happy to use day-to-day, but those expecting real progress will be disappointed.

This is largely true of the front camera too. The Moto G5 has a 5-megapixel selfie camera, and it can’t render beard hairs convincingly in a reasonably well-lit room like the best £150-250 phones. It’s a bog-standard camera.