These specs don’t match 2016 flagship phones, such as the Samsung Galaxy S7, HTC 10 and LG G5, but considering the phone’s $369.99 (£253) price, they’re pretty darned impressive – and mean that the Pro 5 should be powerful enough to have a desktop mode.

None of TrustedReviews’ standard suite of mobile benchmark tools work on Ubuntu mobile at the moment, so getting a firm figure to gauge the Pro 5’s performance is tricky.

The phone is quick to open and run all the apps available on the Ubuntu store, but it’s buggy. Navigating between Scope screens causes the phone to chug, albeit for a millisecond, every now and then. Being fair to Canonical, following two weeks with the Pro 5 I’m yet to experience a full system crash, as I did on the Meizu Pro 4 Ubuntu edition last year, but the OS still isn’t as slick as I’d like.

Hopefully the performance bugs will be improved fairly quickly via an over-the-air software update – which is fairly likely given Canonical’s rapid update cycle. 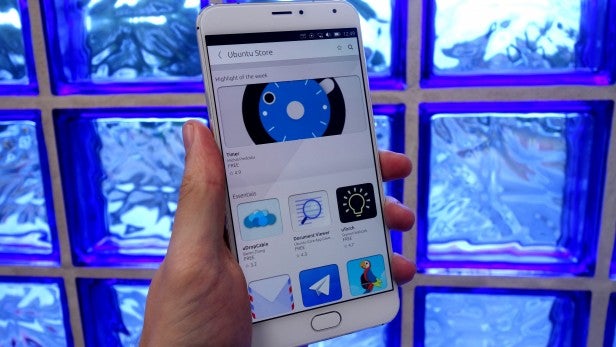 Camera performance is another area in which the Ubuntu software is a little behind. Compared to Android Marshmallow camera app, Ubuntu’s feels like something out of the stone age. Android’s camera app currently features a wealth of shot options, manual controls and the super-handy ability to save captured images in the RAW file format.

By comparison, the Ubuntu camera app only lets you pick whether the flash is on, one of three picture-quality options, and if the photo will be captured in the 16:9 or 4:3 ratio. This is a shame since, on paper, the Meizu Pro 5’s camera hardware is reasonable.

The phone comes loaded with a 21.1-megapixel sensor that’s full of cool-sounding features. For starters, the combination of PDAF phase and laser-assisted focusing means the camera should be able to focus in 0.17 seconds and perform better in a wider set of environments than regular phone cameras. It also has a customised LARGAN 6P lens that Meizu claims will radically reduce glare in photos.

All this sounds great, but I still didn’t manage to capture many great photos using the Ubuntu camera app. Images aren’t bad, and autofocus speeds are suitably slick. However, the images captured on the Ubuntu phone don’t come close to matching those from competing handsets, such as the Nexus 6P and Huawei P9,  let alone top-end devices such as the Samsung Galaxy S7.

Similarly, the 5-megapixel front-facing camera is good, but not great. You’ll be able to capture usable selfies and take video calls. 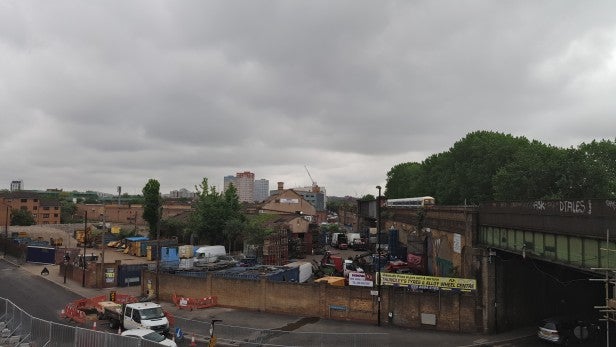 Despite having solid hardware the camera isn’t the best around 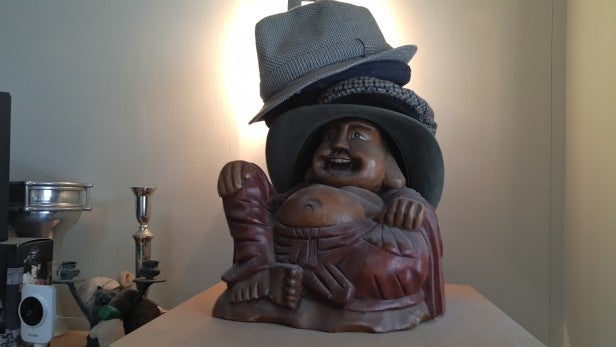 It regularly struggles with mixed, or low light conditions 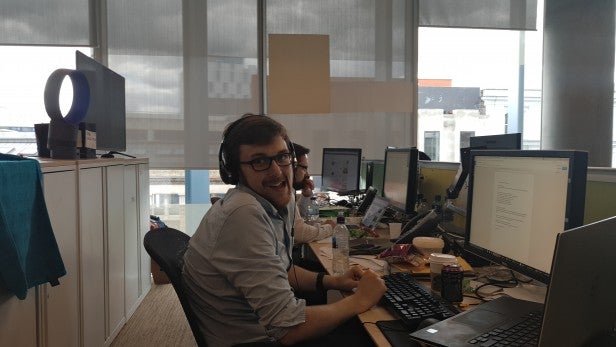 Battery life was a big issue on previous Ubuntu phones I’ve tested. This was largely due to a weird bug in the software that resulted in units draining vast amounts of charge, even in standby mode. This meant that even if the phone was sitting idle an entire day, it would lose over half its charge by the end of the day.

Thankfully, this issue has been fixed on the Meizu Pro 5. Leaving the phone on standby overnight after charging it to 100%, the 3,050mAh battery retained an impressive 90% of its battery.

The battery also performs fairly well in everyday use. Using the Meizu Pro 5 as my main phone for a solid fortnight, I found it usually managed to survive one to one and half days on a single charge. Regular use entailed taking and making a few calls, chatting on Telegram, watching some YouTube videos, regularly checking my email and social media feeds, and occasionally using Here Maps to get directions.

More intensive tasks put a bigger strain on the battery. Playing games such as Cut the Rope and PathWind resulted in the phone dropping between 15-25% of its battery per hour. Streaming videos placed a similar drain on the battery. These scores are pretty average for any Android phone I’ve tested in the Meizu Pro 5’s price range, but a big improvement on past Ubuntu handsets I’ve tested. 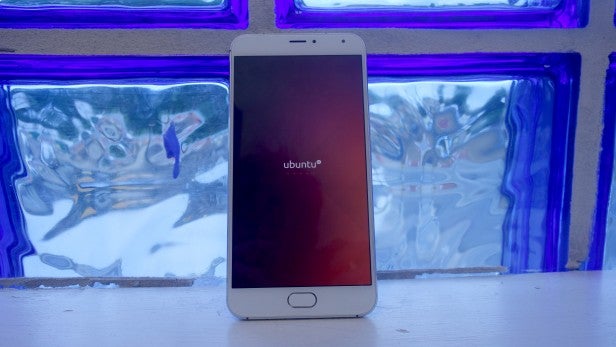 Should I buy the Meizu Pro 5 Ubuntu Edition?

If you’re a general consumer then no, you shouldn’t. Ubuntu Mobile’s app offering is still significantly behind that of Android and iOS, and the general feel of the OS still feels like a work-in-progress.

But if you’re an Ubuntu desktop user, developer or general tech tinkerer who’s looking for a customisable mobile operating system on which to work, then the Meizu Pro 5 may be for you.

The phone’s intelligent Scopes system has plenty of potential and, if more apps and data sources appear on it, it could be a revolutionary step in the way we interact with our phones. The SDK for Mobile is also one of the best I’ve seen on any open-source OS, making it easy for those with even basic coding skills to develop their own Scopes and applications.

Hopefully, this will entice the open-source community into action and see Ubuntu Mobile evolve and eventually be ready for the general public in the near future.