Life is Strange 2 continues its streak of excellence with Roads, which advances the story of Sean and Daniel Diaz with a series of brave, unpredictable events that are a joy to witness.

Life is Strange 2 wears its political inspiration on its sleeve, happy to highlight that we live in a world where ignorant xenophobia has resurged thanks to the hateful rhetoric that penetrates our media. World leaders are happy to build walls to separate us from others, leaving children to starve at the borders purely to serve their own prejudices.

One early scene in Rules – the sequel’s second episode – has our protagonist glancing at a social media feed only to be met with insults; threats of violence happily wished upon his loved ones. While not entirely subtle, and at times clumsily executed, DONTNOD Entertainment is tackling a space that many studios have steered clear, and deserves commendation for it.

It also builds upon the ambitious foundations of its first episode with Roads, a solid continuation of the Diaz Brothers’ treacherous journey across America following the death of their father. With Daniel slowly coming to terms with his supernatural powers, this is an emotional rollercoaster of loss, friendship and what it means to grow up and harbour responsibility. 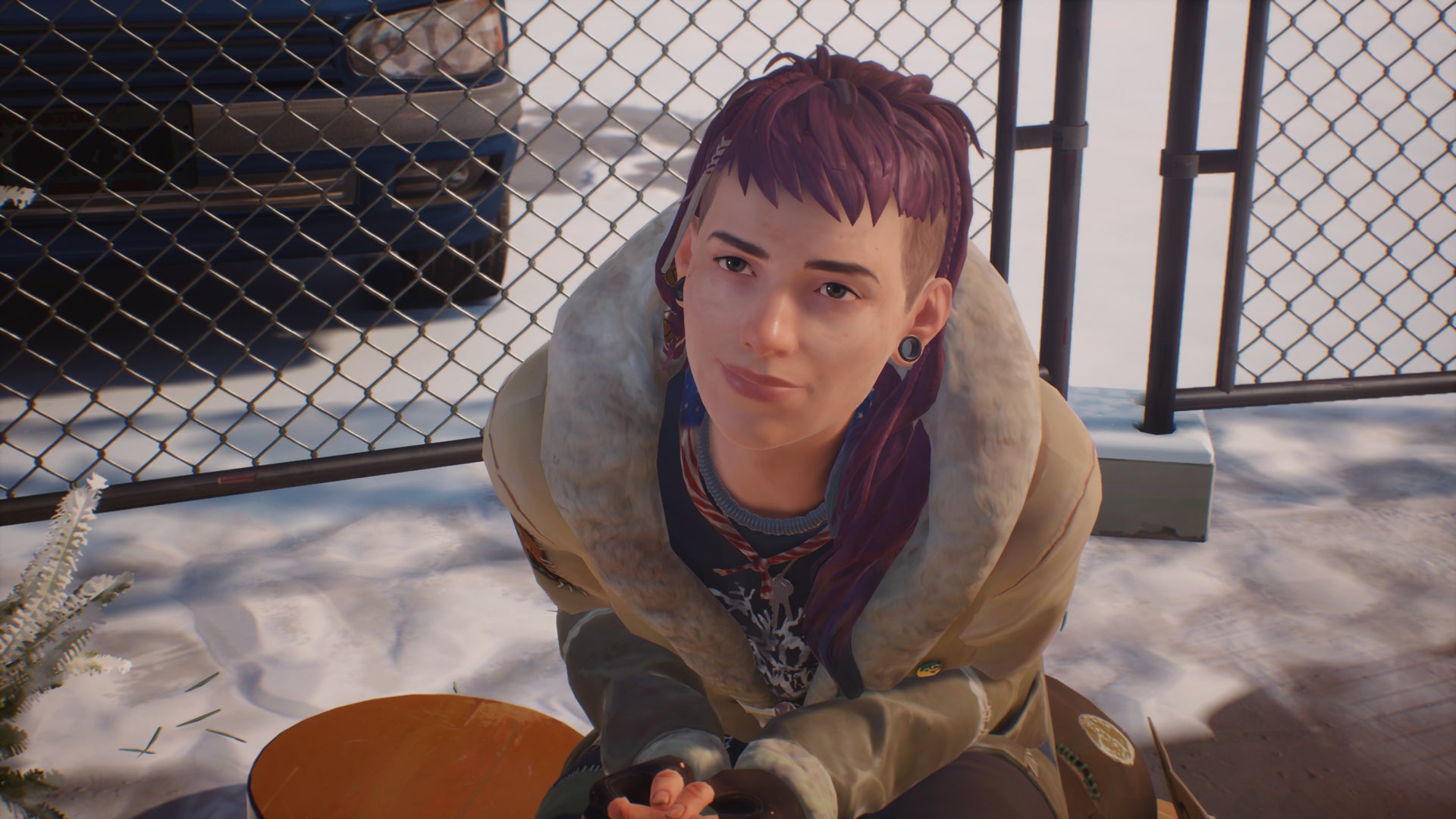 Rules begins several months after the last episode concluded. Christmas is right around the corner, with Sean and Daniel having found shelter in an abandoned house amidst the Oregon Mountains. Living on a diet of canned ravioli and freezing lake water, Sean is determined to refine his brother’s newly found powers. It starts with hurling snowballs and lifting rocks, but by the end of the episode things escalate much, much further.

Watching the two siblings bond as a consequence of loss and the need for survival is genuinely touching, with emotional beats that feel marvellously executed. Some revelations, particularly in the opening act, don’t feel entirely earned, though. I felt like the rug had been prematurely torn from beneath me without time to adjust, a gut punch that meant the remainder of Rules had a lot to live up to.

That being said, every major decision in Life is Strange 2 feels like it has consequences, shaping how the relationship with these characters will develop. Do they grow further apart as they fumble between tragedies, or band together in the face of inevitable adversary? The concept is undeniably compelling, made even more so by decisions that fundamentally alter the conclusion of some events.

Sean is adamant that Daniel hides his power from the general public, wary of being recognised by the authorities. I was surprised how my approach to Daniel’s powers influenced his personality, and just like in reality, a nine-year-old kid isn’t exactly willing to listen to instructions. DONTNOD presents this brilliantly, proving once again that its biggest strength is in realistic, relatable characters.

The older brother is also struggling with isolation, blatantly aware of the people he had to leave behind in his previous life. Close friends now view him as a murderer, while others struggle to come to terms with what really happened. One specific moment had me choked up, and the way in which it unfolded seemed to be a consequence of my actions in the last episode. I felt awful, and now I’m desperate to right the wrongs I put in motion. 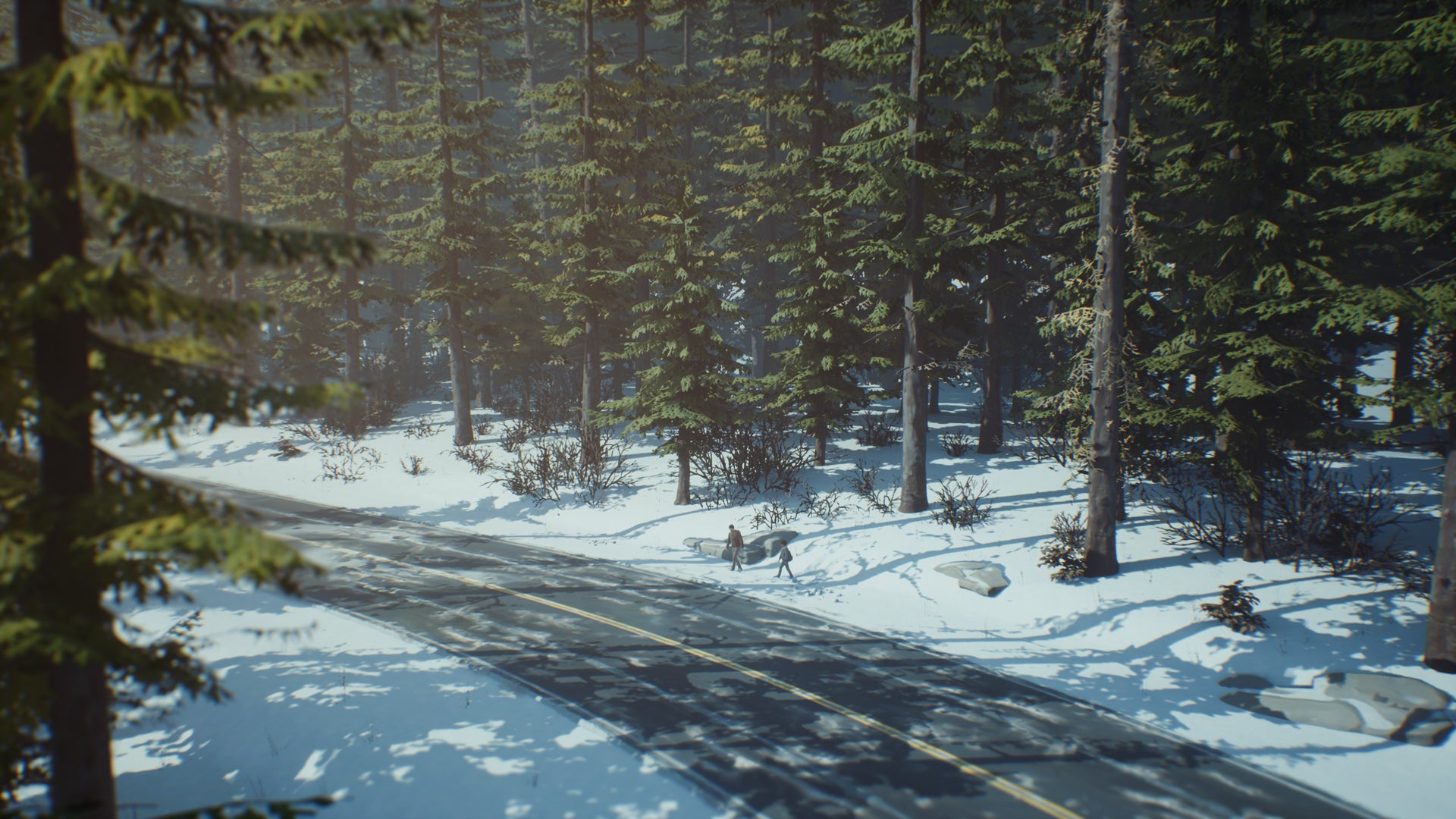 After walking through the Oregon wilderness for a couple of days in the form of a melancholic music montage, Sean and Daniel arrive at the house of their grandparents. Having not seen their mother in years, the mystery surrounding her past is frequently pushed to the forefront in this episode. What caused such a maniacal divide in this family is teased but never unveiled, setting up an eventual revelation I can’t wait to see.

Remember The Awesome Adventures of Captain Spirit? It was a free-to-play experience released by DONTNOD prior to Life is Strange 2’s reveal. Starring a young boy and his alcoholic father, it was a brief yet effective glimpse into this family’s fractured life. It also ended on a cliffhanger, which is addressed in this episode, and you can even carry over your save file to influence how things go.

Captain Spirit’s characters only play a small role in this episode, so don’t go in expecting something major in terms of developments. We receive some expansive closure, and carrying over my save file made prior actions feel meaningful. Chris believes he is a superhero, sinking into his imagination to escape an abusive childhood. So when Daniel comes along with actual telekinetic powers, it’s like a dream come true.

The conclusion of Rules blows the doors open for where Life is Strange 2 could go next, both in terms of locales and thematic exploration, veering into a field I never expected it to penetrate. How this will pan out all depends on DONTNOD, and judging by its track record thus far, it could definitely pull it off. 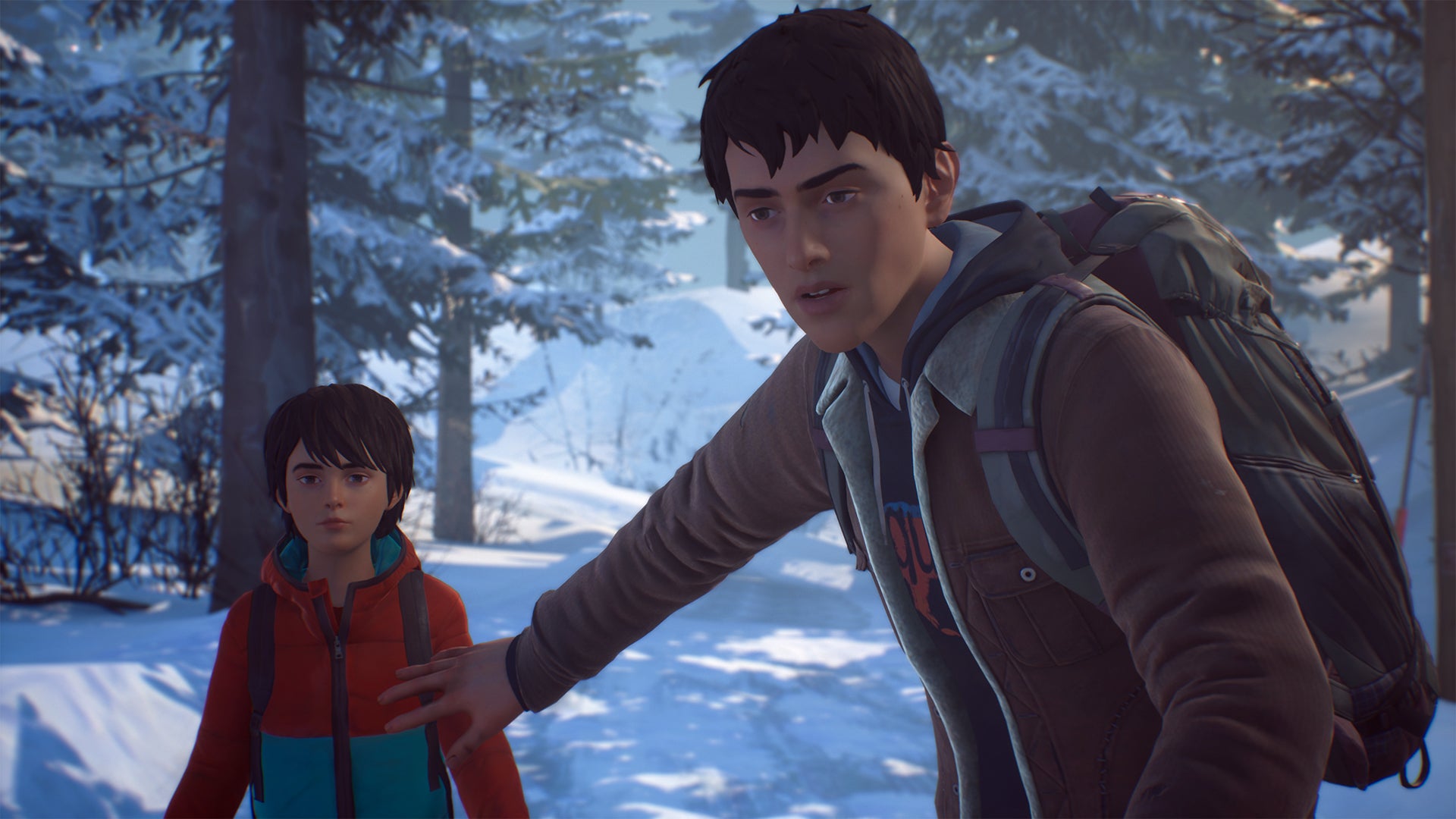 It turns out blossoming superpowers can make things a little complicated

Sadly, Life is Strange 2’s narrative achievements can’t detract from the technical problems I encountered during my playthrough. Fantastic soundtrack aside, audio is a hugely mixed bag, as actions you’d expect to be met with a response are left in silence. A particular scene had Daniel using his powers to blast open a door, and the complete lack of any noise left me watching awkwardly as the scene unfolded.

Visuals are similarly problematic, subject to regular occurrences of textures popping in and a strange depth-of-field effect that can make many environments feel abnormally washed out. The way Sean can sometimes glide across environments as you walk around them is also quite distracting, lessening the potential impact of some scenes. It’s no deal-breaker, but there’s a lack of polish that’s undeniably noticeable.

Life is Strange 2 continues its streak of excellence with Roads, an episode that advances the story of Sean and Daniel Diaz with a series of brave, unpredictable events. While it fumbles when touching upon heavier political themes, the emotion at the core of this story succeeds, and is ultimately what matters the most.

Narratively speaking, things are moving faster than I could ever have predicted. With three episodes remaining, DONTNOD has plenty of time to grow these characters and draw them towards a truly impactful conclusion.