Far Cry New Dawn is a worthy entry to the franchise, but it'll feel too familiar to fans, and not different enough to those who have been put off by the game's most recent entries.

Far Cry 3‘s deranged protagonist Vaas entered the annals of pop culture quotes by asking players “Did I ever tell you what the definition of insanity is? Insanity is doing the exact… same f*****g thing over and over again expecting s**t to change That. Is. Crazy.”

Still, the joke is on Vaas, because Far Cry 3 did so many things right that Ubisoft leaned hard into all of the things that made the game interesting: an unhinged-yet-magnetic antagonist, the slow drip of upgrades as the player plods their way around the map wiped out icons, sneaking your way into an enemy outpost to disable the alarms before you start shooting.

This is great news if, like me, you fell in love with Far Cry 3 and have eagerly hoovered up every installment since. If you’re not a total mark for the Far Cry franchise though, the familiarity can breed contempt and the concept of playing the same game over and over again might tire you out.

Sadly, while Far Cry New Dawn has a lot of interesting new ideas, and it largely doesn’t do enough to distance itself from the franchise it spins off from. Far Cry New Dawn is best viewed as a spin off sequel from Far Cry 5, carrying on from the end of that game but transporting the action to a post-apocalyptic setting, a nightmarish vision of Hope County that’s covered in vibrant overgrowth and armed assailants. The core loop of the game feels nearly identical to that we’ve seen several times before.

But, here’s the thing – Ubisoft has nailed down the sweet spot of open-world shoot and loot titles so well, that Far Cry New Dawn is fun even if every gameplay beat is telegraphed and the story of one out-of-water protagonist building a revolution to overthrow a despotic presence is completely threadbare at this stage. 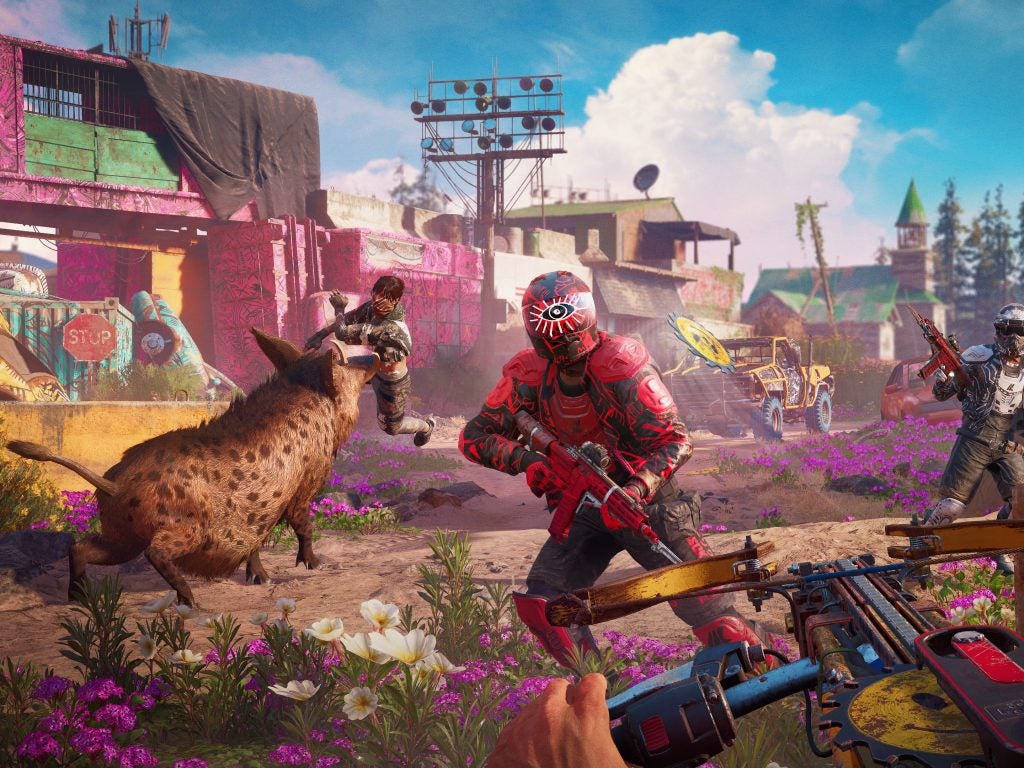 New Dawn, a technicolour riot amidst a sea of grimdark post-apoc shooters, looks like a very different beast.

Far Cry New Dawn‘s gunplay is tight. It’s easy to feel the punch of every shot, as you clutch several different weapons to your chest. Once again, you’ve the option to tackle each encounter with stealth or open combat.

Both of these options are satisfying, and one of the most enjoyable additions to Far Cry New Dawn is a saw blade launcher which can bounce projectiles off of any surface that isn’t the floor to take out  enemies without a whisper. This has been cleverly designed by Ubisoft to a degree that it does most of the hard work for you, automatically aiming itself so that a quick snapshot could easily bounce around a car and bring down an enemy cowering in cover.

Otherwise, the guns are the usual FPS mix of submachine guns, sniper rifles, assault rifles and a few different heavy items including rocket launchers and flamethrowers. Most of the time though, you’ll find yourself using a silenced sniper rifle, an assault rifle and a grumpy frown as you engage your enemies. 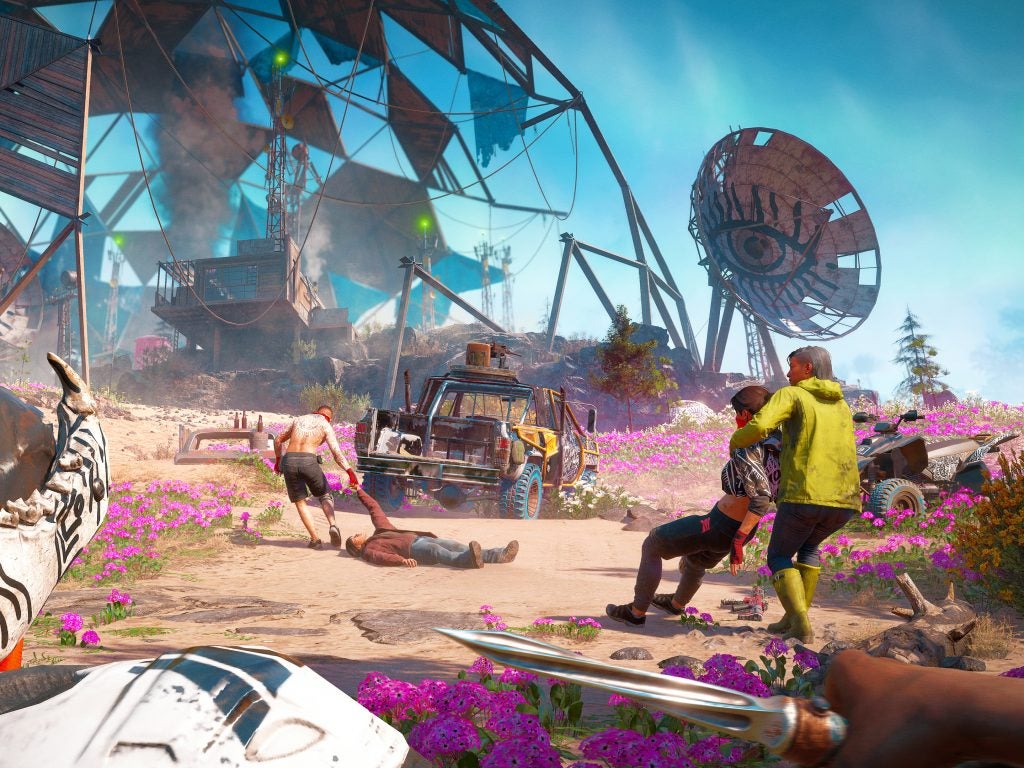 The Burning Man festival took a turn for the worse when the Highwaymen showed up and took everyone’s protein bars.

If this is your first Far Cry title, it’s a blast. The game’s enemies are BMX bandits called the Highwaymen that seem to want to paint everything neon pink or blood red and pump out music from rap acts like Kendrick Lamar and Death Grips out across their outposts. Considering Far Cry 5’s positioning of racist white guys as the enemies, pivoting this to make millennials clad in extreme sports gear as armour to be the new villains is about as different as you can get.

Those who are well versed in the series should still have fun though, with a lot of fan service on offer for people who have played Far Cry 5. New Dawn directly follow on from that game’s ending in addition to layering more detail on characters we’ve already met.

Still, if you want to go in, grab an assault rifle and go nuts, the game won’t stop you. You’re constantly busy too, with Highwaymen constantly moving prisoners, valuable supplies and tankers full of ethanol around the overground ruins of Hope County, and it seems to be up to you to stop all of it. These could wear some people down, but this is the meat of the game. It’s busywork, but when the gunplay feels this good and the world is this well-realised, it’s hard to be too upset. 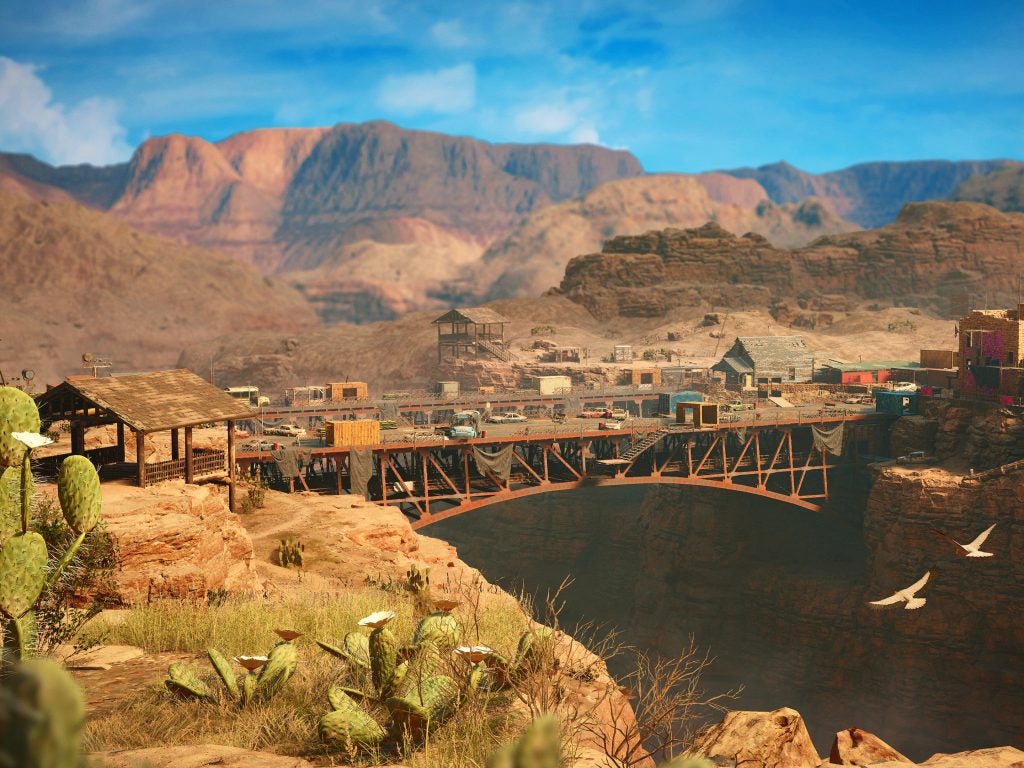 Here, New Dawn keeps experimenting. One such activity sees you crashing into the undergrowth to loot fallen care packages before Highwaymen forces make off with the goods. You can clearly see the influence of battle royale games like PlayerUnknown’s Battlegrounds here, and the tension feels almost similar, despite the fact you’re basically a superhuman combat monster compared to many of the opponents you’ll fight, regardless of the context.

It would have been nice to see Far Cry New Dawn go a little wilder. Its most memorable moments are its new features.

A favourite is the expeditions that take you to different off-map areas around the US, with the first tasking you with infiltrating a former US military ship that the Highwaymen have turned into a race track and garage for their converted cars. There are several locations to visit, and they all feel like tightly crafted encounters, something that is sorely missing from a lot of open-world shooters. 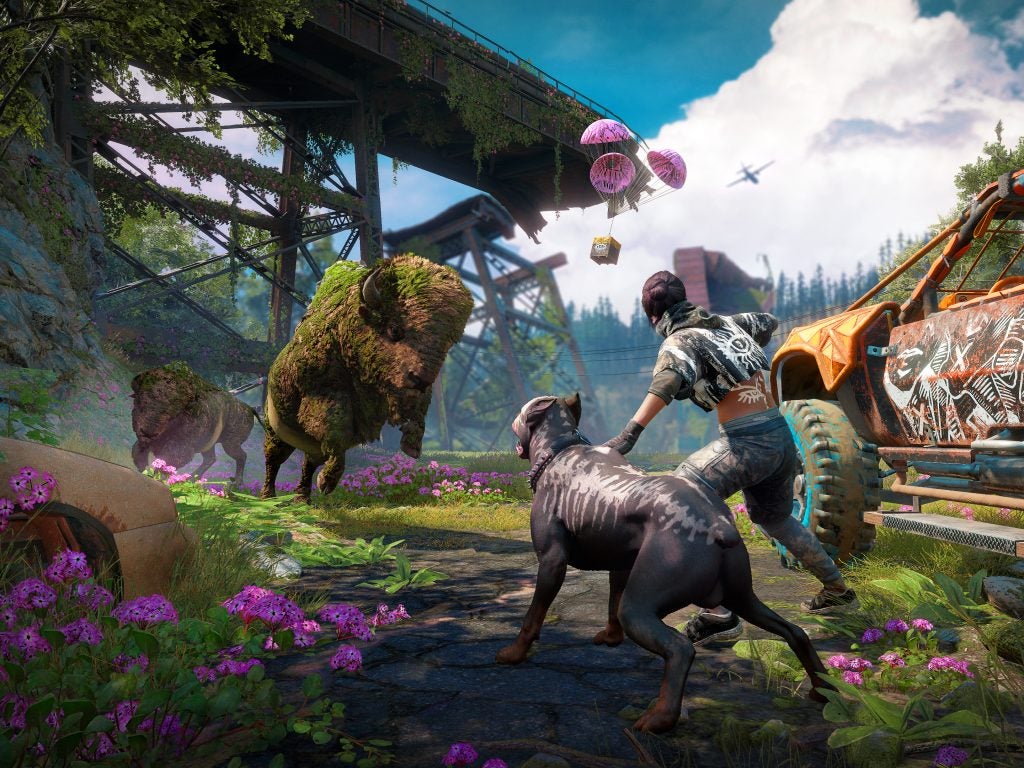 Even after the apocalypse, there’s plenty of wildlife roaming the map

Then there’s your outpost system, which sees you upgrading your home base Providence, with any ethanol you can capture out in the wild. These upgrades help you to take less damage, level up your buddy AI Heroes for Hire or even just let you craft better guns, cars and ammo.

The easiest source of ethanol is capturing Outposts, which have also been beefed up by giving players the ability to recycle Outposts that have been taken, reconfiguring them with a tougher layout and better enemies and promising you an even bigger bounty of ethanol if you can pull it off. This can be tough as level 4 enemies are hard to kill with low level weapons.

Far Cry New Dawn is almost infuriating. It’s a solid game and it has a few new ideas, but ultimately, it feels derivative. There’s a strong sense that you’ve definitely played the game before, which makes it hard to recommend, as it’s surrounded by great shooting games like Metro Exodus and even promising unknowns like Anthem on the horizon. 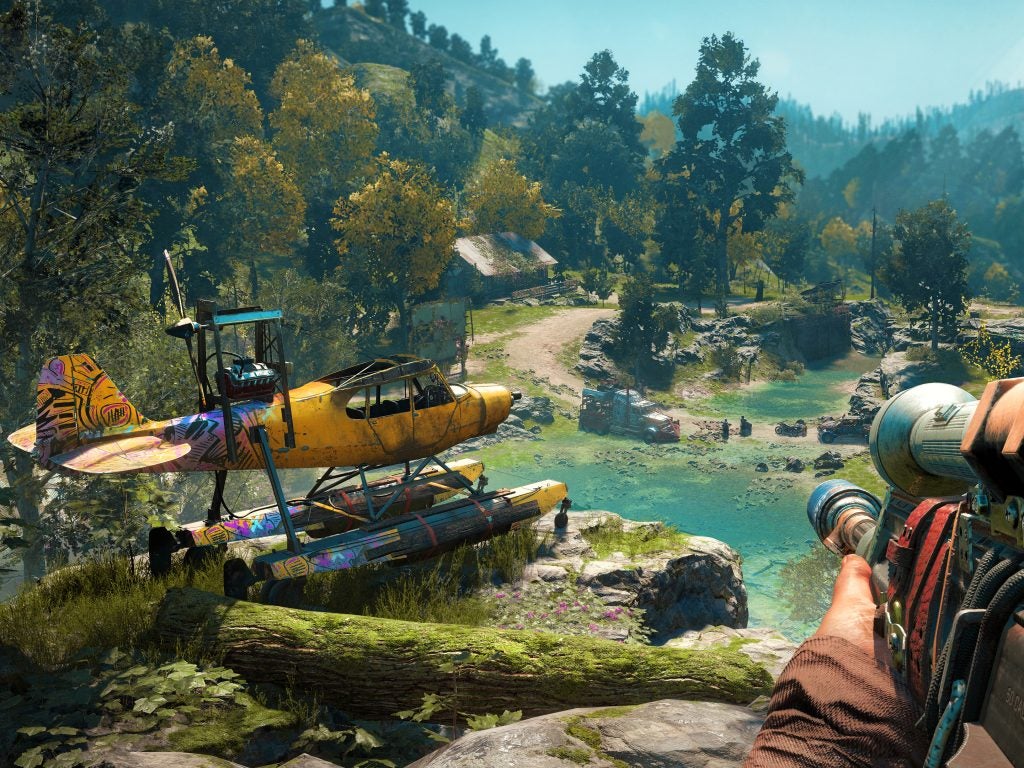 Far Cry New Dawn is a worthy entry to the shooter franchise, but it’ll feel too familiar to fans, and not different enough to those who have been put off by the game’s most recent entries.

It’s competently made, with flecks of dark humour and some great action sequences, but aside from a few interesting new mechanics and a fascinating new setting, Far Cry New Dawn is wider than it is deep, the kiss of death for shooter fans currently being swamped with new content.

However, and whisper it, I really enjoyed my time with Far Cry New Dawn, and it does scratch the same rinse and repeat itch that is going to make it satisfying for a lot of people. Just don’t expect anything world changing from the jump to the post-apocalypse.