Available now on PS4 (version tested), Xbox One and PC

The Awesome Adventures of Captain Spirit is the latest game set in the Life is Strange universe. The team made it clear that a sequel wouldn’t focus on the cast of the first game, and if it’s anything to go by, this short (and free) adventure proves that Max, Chloe, and Rachael weren’t the only contributing factors to the series’ warm reception.

Captain Spirit is a charming third-person adventure game that swaps out the flat 2D visuals of old point n’ click classics for relatable 3D environments with a distinct hand-painted art-style. Just like before, you wander around these gorgeously simple sets collecting key items that chain together to advance the narrative. In the case of Captain Spirit, you’ll design and craft your superhero costume, fight with a water heater, shoot your zombie dad with foam darts, use your imaginary telekinetic powers to destroy evil beer cans and shut down a maniacal snowman.

This short and sweet sequel lead-in follows 9-year old Chris; a kid whose imagination, fostered by his mother’s love of art and comics, helps him deal with her untimely death. Now living alone with his father, Chris spends the run-up to Christmas playing the superhero in his room, thinking of himself as the titular Captain Spirit, the leader of an Avengers-style team of superheroes in a constant feud against Mantroid and his army of supervillains. Other than a few references to Frozen, Chris’ make-believe world is entirely of his own fabrication. 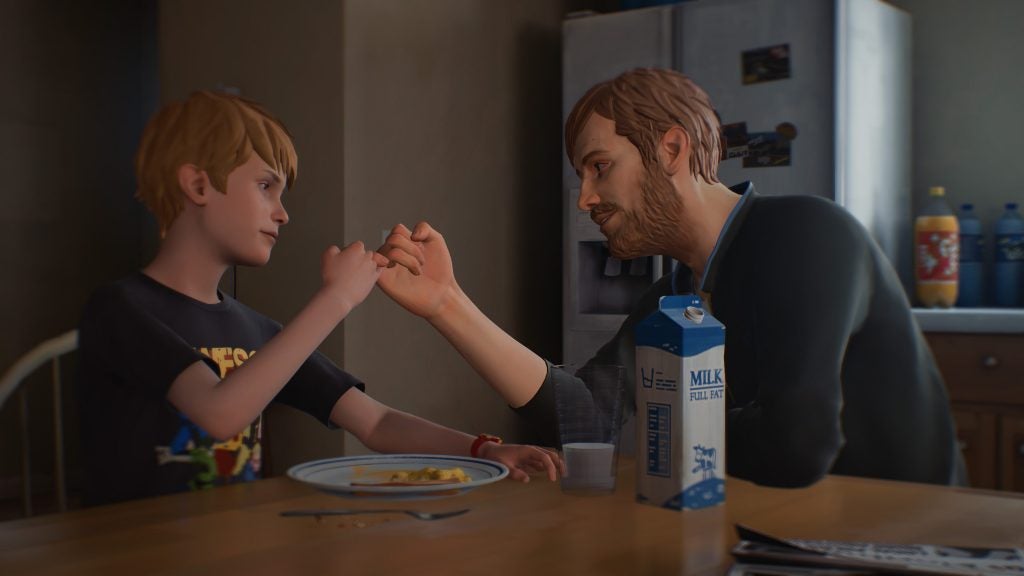 The Awesome Adventures of Captain Spirit takes place in a far more confined play space than its predecessor – Chris’ home, its snowbound garden, and a claustrophobic garage.

The entire game has the same complex narrative and cast as past Life is Strange games. Just as Chris slipped into his imagination to escape the reality of his mother’s death, Charles went straight to the bottle. The game opens after he’s drunk himself out of a stable coaching job at his old school and ultimately landing himself and his son in a run-down house with worn-out furniture, canned milk, and a diet of microwave macaroni. The place doesn’t scream poverty, but there’s enough evidence to paint the picture of a family struggling to adjust to the loss of its guiding light. Most of the story’s revelations come gradually, leading to a one-to-two hour journey that’s paced well, keeps you guessing, and feeds your natural curiosity as you connect the dots of the last decade.

After the winning formula that was Life is Strange, following in its footsteps is exactly what the fans asked for as we grew closer to the end of the first game. Where the original made people experience a ‘hella’ realistic (if slightly dramatized) version of an American high school as a young woman, DONTNOD’s placed us in the shoes of a child who eats, sleeps and breathes superheroes and video games while trying to appease his alcoholic father. Without giving away any spoilers, it’s an equally compelling narrative that expertly tugs at your heartstrings. 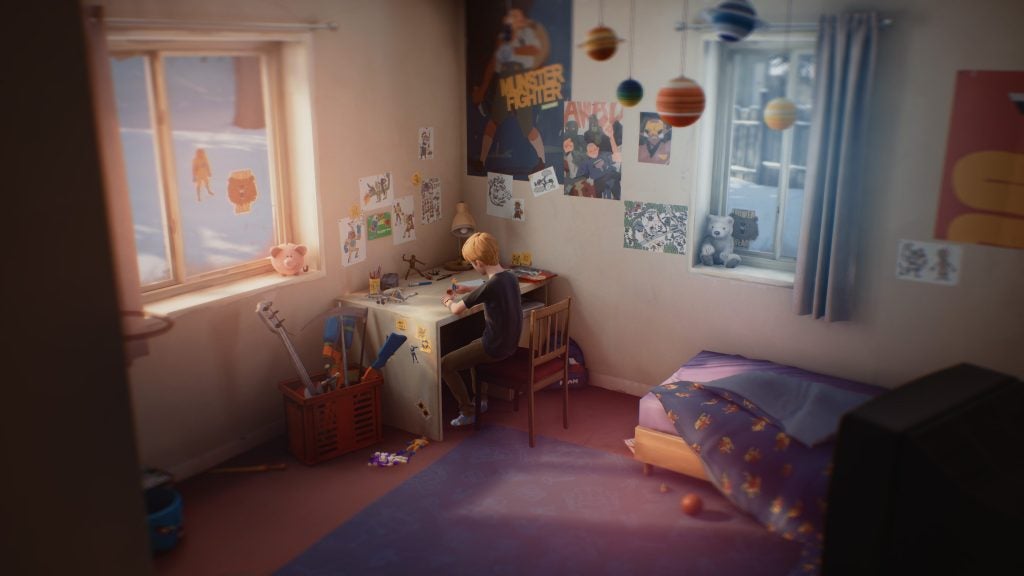 After struggling to tick off one final goal, I can’t confirm whether a 100% run dramatically changes the ending of the game, but ingenious daydream sequences are your reward for clearing some of the biggest goals on Chris’ list of superhero duties. It’s like the in-between point of Nickelodeon’s ‘Rugrats’ and ‘All Grown Up’ we never had. Choppy object animation stands out against brilliant voice and mo-cap work, but aside from that, and a noticeable framerate issue on PS4, there’s barely a negative thing to say about the whole experience. Just like before, DONTODs licensed music will demand a spot on your playlist.

The Awesome Adventures of Captain Spirit perfectly encapsulates the life of a playful kid who dreams of having superpowers. Sneaking into your parents’ room (and immediately regretting it), spotting your Christmas presents in the closet, and coming up with ways to turn your entire house into one big toybox are all things the vast majority of us can heavily relate to.

There’s enough detail here – from Charles responding to Chris blocking the TV, to discarded cigarettes found inside a snowman –  to suggest that a lot of love went into giving a sought-after sequel the precursor it deserves.

Whether you continue the story in Life is Strange 2 or not, The Awesome Adventures of Captain Spirit can, and will, give you an emotional trip down memory lane. It works perfectly as a stand-alone product, but there’s no doubt that it’s leading into something even better. We don’t know exactly where its sequel is headed, but the clues paint a picture I can’t wait to see.