Despite its name being a bit of a mouthful, the LG Signature Series OLED TV R is arguably the star of CES 2019. You probably don’t need it, and you’re unlikely to be able to afford one, but it sure boasts one hell of a party trick.

It does this by rolling up like a rug as it slides down into its cabinet. That this is even possible with a television screen is pretty mind-boggling. But it pretty much jumps into sci-fi territory when you realise that this “rollability” appears to have no impact on its picture quality at all.

I’ll get to picture quality in a minute. First, though, I need to wax lyrical about the supreme elegance with which LG has delivered the OLED TV R’s “now you see it, now you don’t” trick. The motorised rolling system that winds and unwinds the TV runs super-smoothly – and quietly. This does much to assuage worries about potential motor failures. 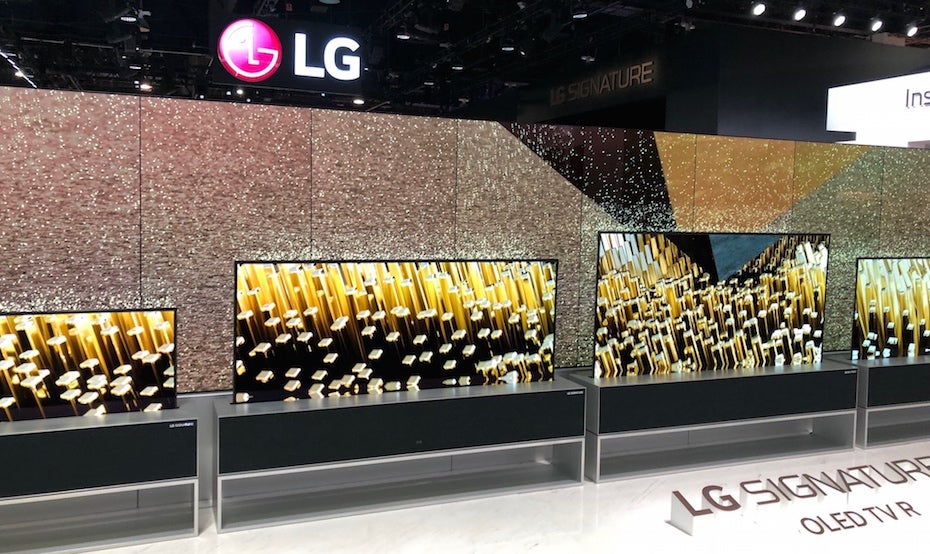 Watching such a large, super-thin screen roll in and out of a small box didn’t get old over multiple viewings during the three days I was at CES. Especially since it was presented in a spectacularly imaginative way on LG’s booth (see above). Even if you end up with one at home, I doubt the roll-out effect would ever get old. At any rate, you’ll never tire of showing it off to anyone who enters your home.

In fact, you could choose not to have the screen roll completely back into its box when you’re not watching it. There’s the option to leave a few inches of the screen up, showing cool “screensavers”, including a flickering fireplace video, displaying information (such as the time), or photo galleries.

Another advantage of having the TV partially extended is to remind you that the little cabinet really shouldn’t be used as a shelf or coffee table when the TV is hibernating. 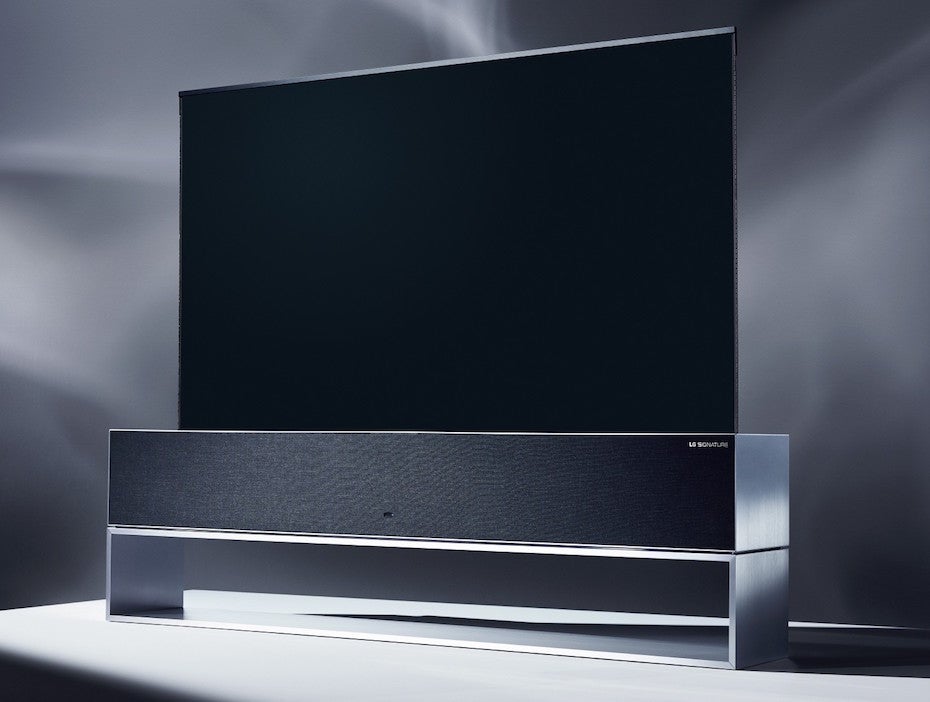 However, as an AV fan, the most incredible thing about LG’s rollable TV is that its unique IP doesn’t damage performance at all. In fact, in one way at least it actually improves it.

On the picture front, try as I might I couldn’t see any flaws in the images of the fully extended screen. There are no visible seams, no gaps between any of the rows of pixels, no apparent sacrifice of OLED’s legendary black levels, no reduction in brightness, no dead pixels…

In performance terms, the OLED panel technology even seems to be the same generation as LG’s brand new 2019 models. And it’s driven by LG’s latest second-generation Alpha 9 chipset and webOS smart platform. In other words, despite the undoubtedly extended development time that the rollable TV must have had to go through, it still sports the most up to date performance and feature specifications.

So far as it’s possible to tell in a CES briefing room, its picture looks identical to the C9 we previously reported on – which is, of course, very good news.

When it comes to the OLED TV R’s sound quality, the set’s extraordinary design actually delivers a benefit. For tucked into the front of the TV’s cabinet, behind a wool speaker cover, is a speaker system that delivers 100W of front-firing Dolby Atmos sound across a 4.2-channel configuration.

This sounded very impressive during CES demonstrations, making the most of the extra space available compared with the Atmos sound systems built into LG’s “regular” OLED TVs. (Although LG’s new E9 also sounds pretty remarkable, as reported in this previous first look.) 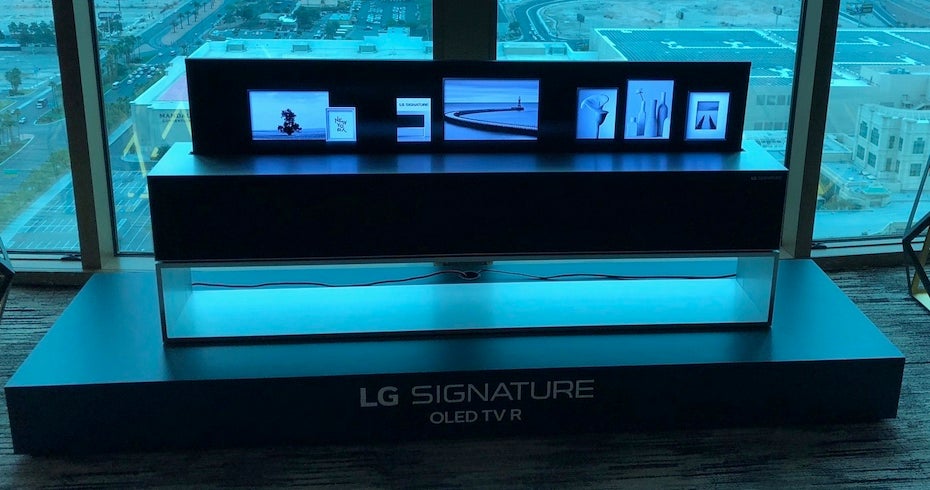 It’s easy to be cynical about LG’s rollable OLED TV. It’s certainly one of those products that far more people will ogle from afar than actually buy – not least because it’s likely to be colossally expensive when it goes on sale later in the year (we’re talking well into five-figure territory here).

However, there’s no doubt that seeing it in the flesh leaves you marvelling at the sheer technical accomplishment involved in its creation.