The 2019 HP Spectre x360 2-in-1 has the same internal specs as the company’s 2018 line-up, with one obvious exception – a 15.6-inch 4K OLED display. The option of taking one with an Nvidia GeForce GTX 1050 Ti GPU means that the Spectre x360 15 ought to be excellent for photo work – high coverage of the Adobe RGB space has been promised, along with total coverage of the DCI-P3 gamut.

You’d be able to get some casual gaming done on the side, but with so many laptops packing Nvidia 2060, 2070 and 2080s due to hit the shelves this year, if gaming is your primary concern, you may want to look elsewhere. 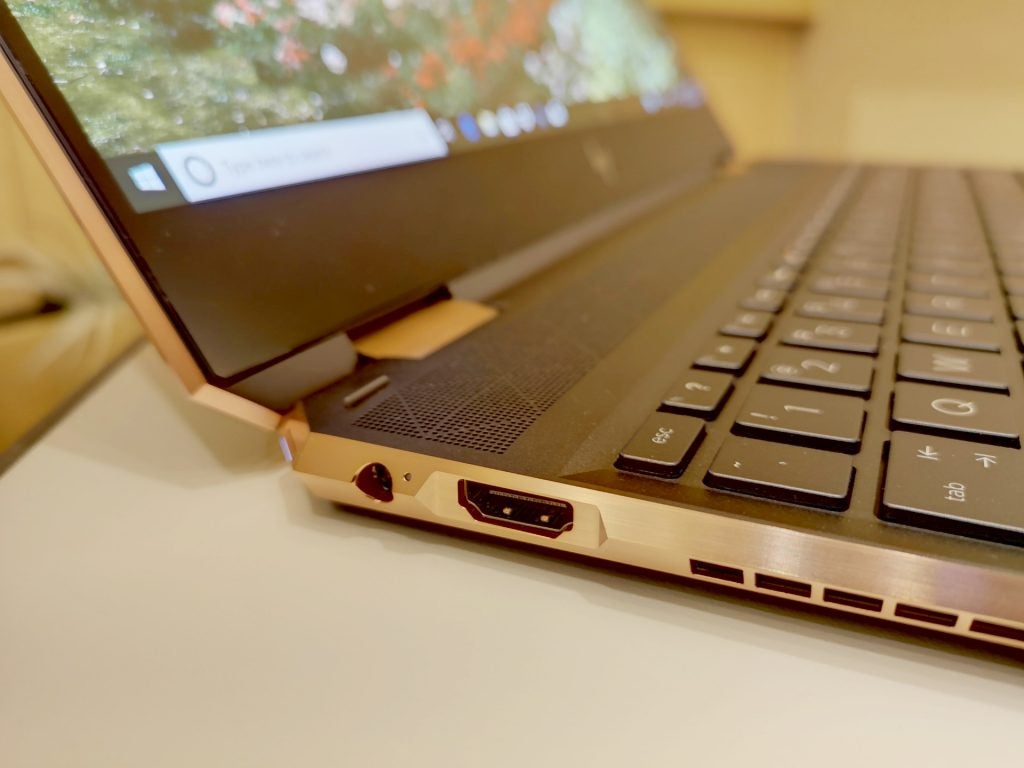 The 2019 HP Spectre x360 continues the angular ‘gem cut’ style we’ve seen before – you can see the power key on the left hand corner here, before the 3.5mm audio jack and HDMI port.

We can therefore expect this version to cost more, as OLEDs aren’t typically cheap. 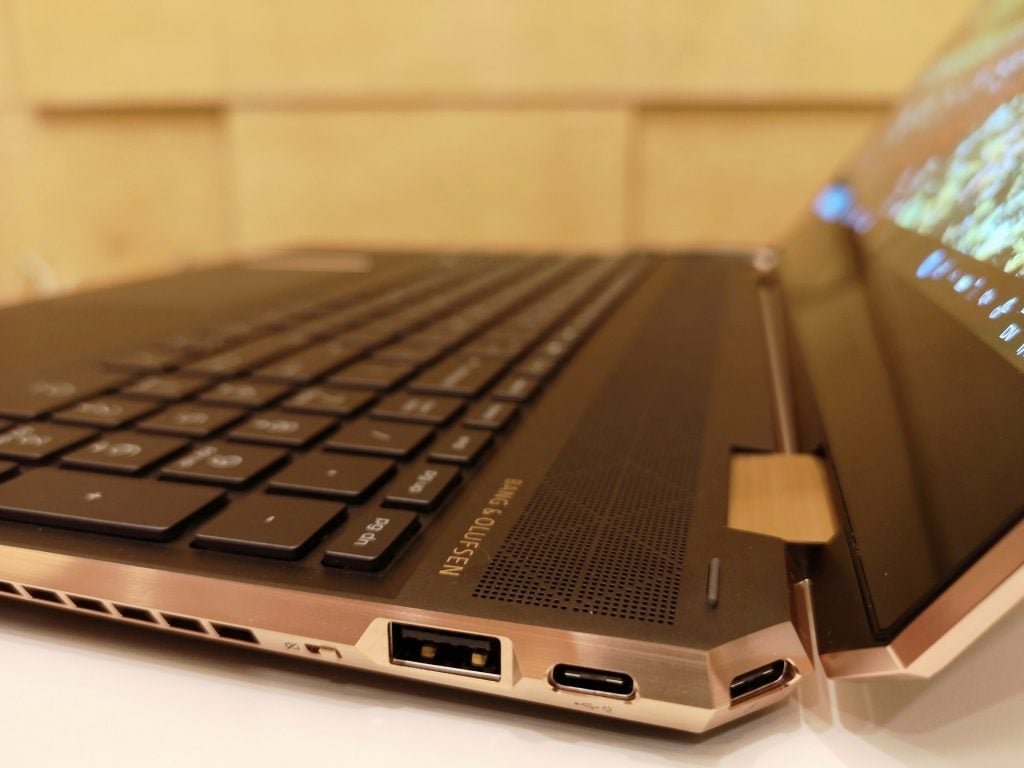 Over on the right hand side of the HP Spectre x360, there’s the Type-A USB 3.1 port next to two Type-C USB ports.

The same ‘gem cut’ aluminium styles seen on the 2018 line-up are all present and correct here, complete with a Type-C USB port tucked into the right hand 45 degree notched-off corner, and a power key sitting over on the opposite corner.

The idea is that you’ll be able to keep your phone charged up without having the charging cable interfering with any other peripherals you’ll have connected to the HDMI or USB-C ports.

Another nice addition is a physical control on the side that’ll disable the front facing camera, so the privacy-conscious out there won’t have to slap a square of sticky tape or Blu-Tac on the lens covering.

While the specs are generally the same, I wasn’t able to get any info on the OLED model’s battery life from HP spokespeople at CES. HP quotes ‘Up to 12 hours and 30 minutes’ battery time for the LCD versions on its site. 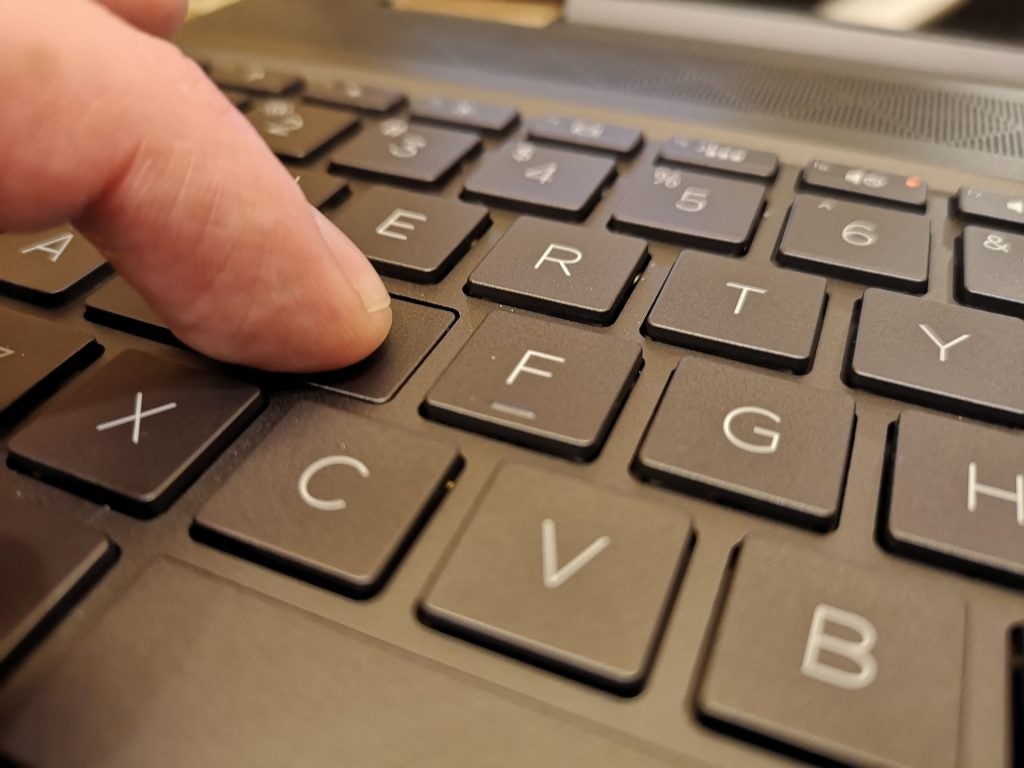 Though I didn’t spend a great deal of time typing on the new HP Spectre x360 15, the keys felt sturdy and wobble-free, much like they do on the HP EliteBook 1050 G1.

There’s no denying that the already nice-looking HP Spectre x360 15 with its angular milled metal body now looks even nicer thanks to that vibrant OLED panel blazing away at the centre. I’m curious to see how well the battery stands up and also how much it costs.

Despite looking very nice and on paper being more than powerful enough to do basic office work and photo editing, with a possible sideline in light gaming, there are already plenty of laptops which can offer this. I’ll wager, for a lot less too.