The LG Optimus L5 II is built around a MediaTex MT6575 processor. This welds an 1GHz ARM Cortec A9 CPU to a PowerVR SGX GPU. It’s no firecracker in terms of performance, but its better than some other single core phones we’ve reviewed recently. For example it hit 39.377Mflops in Linpack, outperforming the Acer Liquid Z2, which scored 32.94MFlops, while in Geekbench 2 both were fairly evenly matched, with the LG Optimus L5 II E610 scoring 573 versus the Z2’s 579.

It’s not super powerful for 3D gaming as it managed to reach 3.7fps in GFXBench (formerly known as GLBenchmark) Egyptian HD test, but it is fine for less demanding games like Angry Birds Star Wars.

The phone runs the Jelly Bean version of Android, which is much smoother and more responsive than previous versions of Android due to the Project Butter improvements Google made. As a result, the LG Optimus L5 II E610 feels a lot more responsive than older budget Android phones, despite the fact that it doesn’t have masses of horsepower under the bonnet.

You will notice the lack of grunt when you’re switching between apps, waiting for graphics heavy web pages to render or playing intensive 3D games. For most day-to-day tasks, like emailing, watching YouTube videos or catching up on Facebook, its performance is perfectly acceptable.

The phone is quite heavily skinned with LG’s user interface. For example, to unlock the phone you tap and drag a circle to gradually reveal the home screen or currently running app beneath. You can also tap and drag on the shortcuts at the bottom of the lockscreen  to launch directly into the camera app, dialler, messaging centre or Google Search. 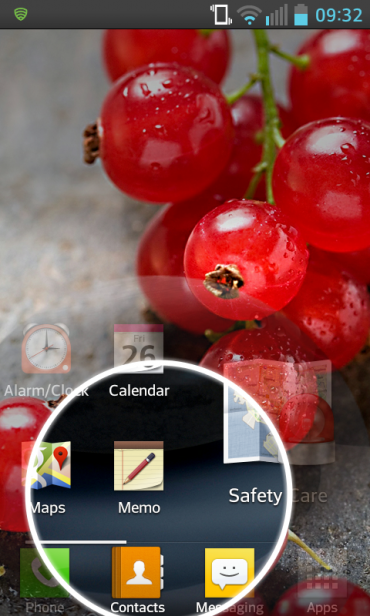 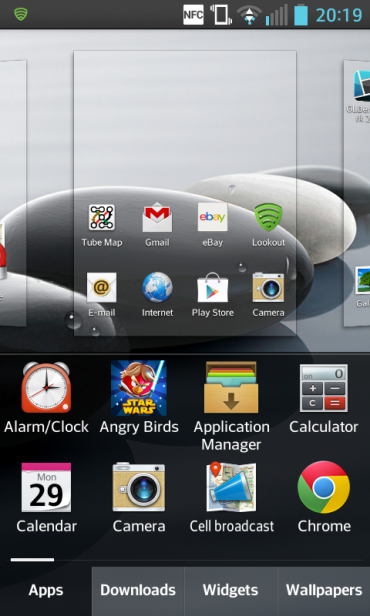 The pull down notifications tab includes a screen brightness control as well as quick buttons for turning off and on stuff like Wi-Fi, NFC, GPS and Airplane mode, while if you tap and hold on a home screen it switches to a special editing mode. This shows a thumbnail view of your home screen at the top and a scrollable list of your apps, widgets and wallpapers beneath.

You can add items to your home screen by just dragging them from the bottom window to the top one, which is a speedy way to get your home screen looking just how you like it. LG has also rejigged the app drawer so there are tabs for Apps, Downloads and Widgets. Apps are shown as a 4×5 grid of icons which are scrolled horizontally in pages. 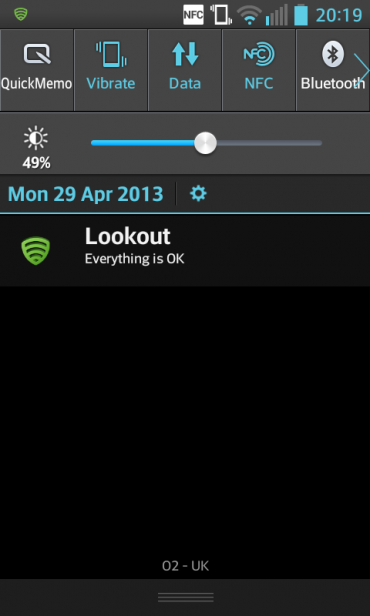 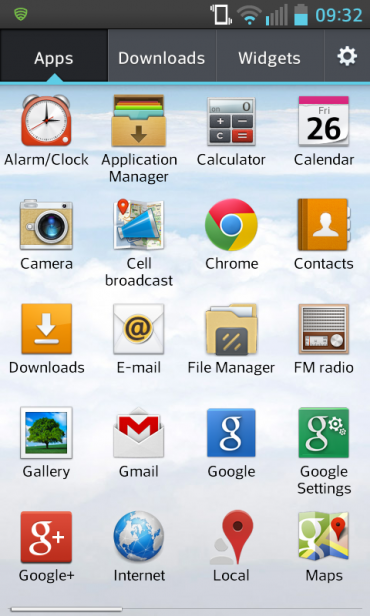 None of this is particularly radical, but it feels very straight forward to use and not as bloated as some rival brands. Our only complaint is that the icons and graphics are a little bit flat in their presentation.

The L5 II’s contacts book doesn’t differ all that much from what you get on other Android Phones running the Jelly Bean version of the OS. It automatically imports your contacts from online services like Google and Yahoo and contacts cards include pictures as well as the usual name, number and email address information. When you bring up a contact card there are also buttons for sending texts or emails, as well as the usual button for placing a call. 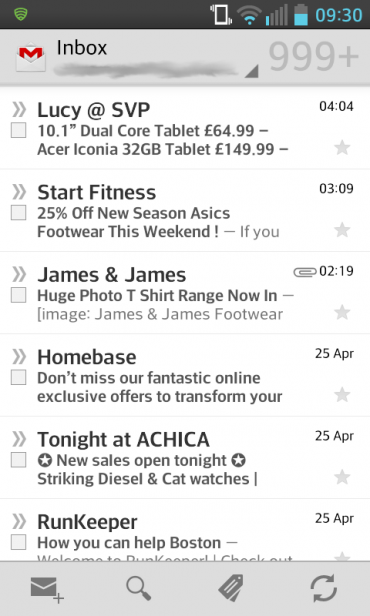 As with most Android phones you can group together your contacts into different categories, such as Friends, Family and Co-workers, which is handy if you’ve got a large contacts book.  We also like the way that the phone automatically creates a Favourite group from the people who you contact most often.

Call quality is good. We suferred no dropped calls, and callers always sounded intelligible unless we were in very poor signal areas. However, even in relatively bad signal areas the phone does a decent job of holding on to a call. 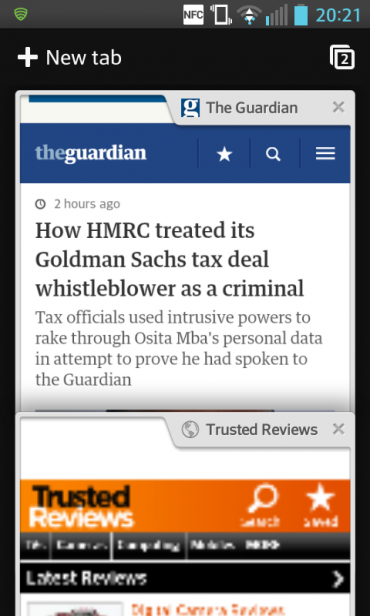 The LG Optimus L5 II E610 comes with Google’s latest Chrome browser installed, which is very fast and easy to use. It supports an unlimited number of tabs, so you can have many, many pages open at the same time. You can also automatically sync open tabs and favourites with the desktop Chrome browser.

The modest processor does mean that there can be a noticeable pause while it renders more complicated sites with lots of pictures, but on the whole it provides a pretty good browsing experience. In the Browsermark benchmark it scored 1,201 while it complete Sunspider in 1666.0msms, both of which are faster than the ZTE Bladee II, although it is a cheaper handset.