Acer may be the world’s number one maker of laptops, but it’s fair to say the company has struggled to transfer that success across to smartphones. It’s tried a number of times with high-end and mid-range Android phones, but the results have been somewhat lacking. Now, however, it’s trying its hand at entry-level phones with the Liquid Z2. As a proposition the Z2 looks great on paper as it’s the first sub-£100 handset we’ve seen that comes loaded with the much slicker Jelly Bean version of Android. Does this make it a bit of a budget star? 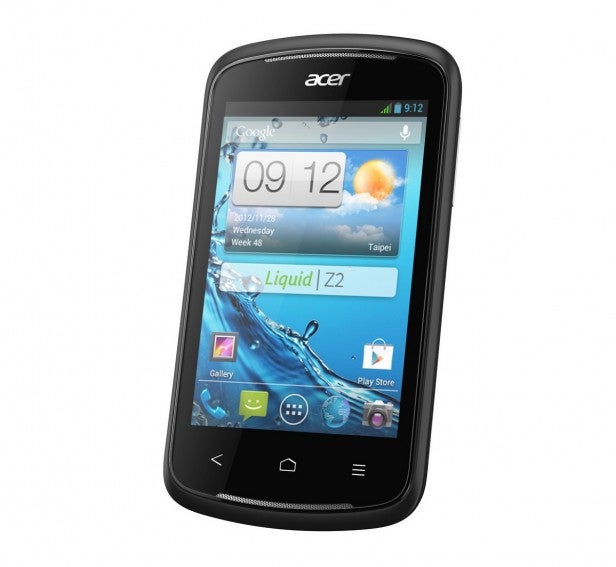 The world of mobile phones might be moving towards a 5-inch screen future, however the Z2 isn’t moving in the same direction, which isn’t really all that surprising given its modest price tag. Instead it uses a much smaller 3.5-inch display and, as a result, it’s quite a small phone, measuring just 62mm wide and 111mm tall. This means it’ll fit comfortably in your hand and you don’t have to have gorilla-sized paws to be able to swipe from the top the bottom of the screen with your thumb in one go.

At 12mm deep the Z2 is quite thick though, which makes it look a little bit old fashioned next to today’s slimline mid-range Android phones. The finish is quite plasticky too. This isn’t so noticeable when you’re staring at it from the front, as the fascia uses a traditional glossy black finish, but the off-white used on the battery cover does show up the cheaper nature of the materials used. 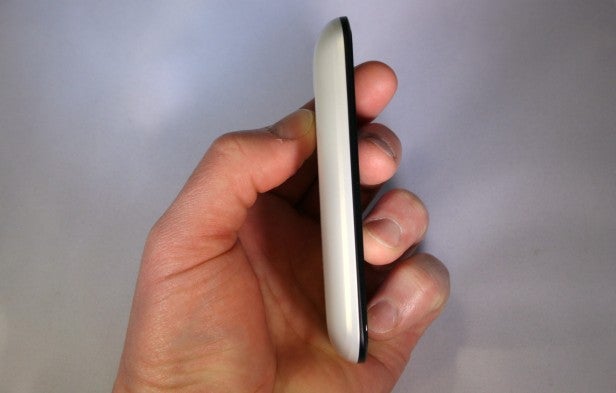 The layout of the ports is pretty traditional – the headphone jack is at the top and the microUSB port is at the bottom. The top of the phone is also home to the power button/lock key, while towards the top of the right-hand edge you’ll find a thin volume rocker switch. Both of these are responsive and easy to activate with a single press.

The battery cover can be prised off via a tab on the lower right-hand edge. Under this you’ll find the removable battery, which also covers the SIM and microSD cards slots, so you can’t hot swap memory cards.

The Z2’s 3.5-inch screen is undoubtedly its weakest component. With a relativity low resolution of 320×480 pixels (the same as the original iPhone) text and graphics aren’t anywhere near as sharp on the Z2 as they are on the ZTE Blade III – another budget Android smartphone that comes in at under £100. 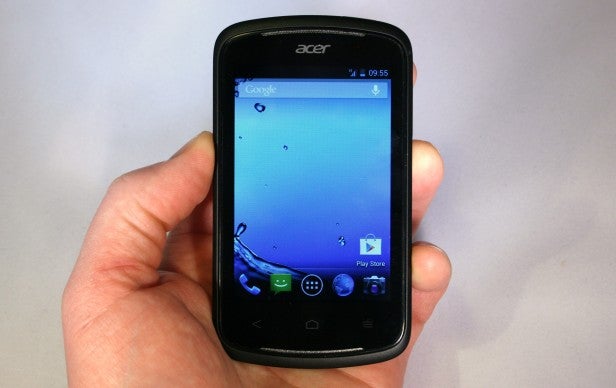 Also, the screen’s viewing angles are relatively tight, especially on the vertical axis, so if you tilt the phone downwards the display goes very dark, for example. The screen also has quite a blueish tinge that’s similar to some OLED displays we’ve seen, except this isn’t an OLED screen – it’s actually a normal TFT display. The blue tinge also diminishes the vibrancy of other colours somewhat, with the result that red and greens don’t have the ‘zing’ that they should.

On the plus side, the screen does feel very responsive to touch, so selecting links in the web browser or using pinch to zoom is very snappy.