Unfortunately, the LG Optimus L5 II E610 only has a single rear facing camera, so you can’t use it for video calls. However, the rear camera does have a decent resolution of 5.0MP and it also has an LED flash and autofocus.

The camera is quite quick to launch – it only takes around 3 seconds from tapping the camera icon to the snapper being ready to take shots. There’s only a very small amount of shutter lag too, so you can fire off shots in quick succession if you need. 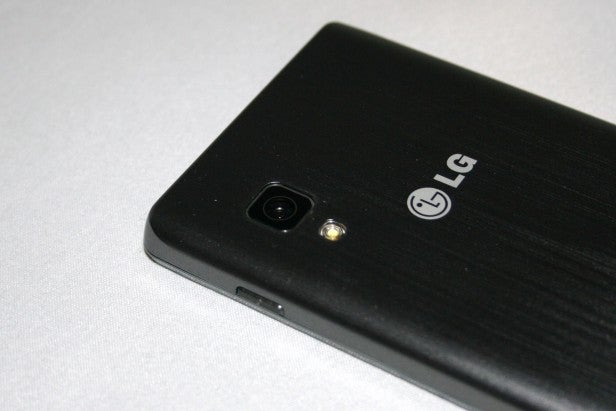 The camera interface is clear and easy to understand and it gives you a decent amount of control over the pictures you’re taking thanks to white balance and ISO settings. There are also some simple colour filters too for Mono, Sepia and Negative effects. We also like the panorama mode where you just sweep the camera around from one side to the other slowly and the camera app will stitch together a panorama shot from the resells.

Our favourite feature, though, is the voice activation mode. When you tap on the voice icons the camera will wait for a trigger word before automatically activating the shutter. There are five trigger words that you can use including Cheese, Smile and Whisky and the camera app responds to all pretty quickly and reliably.

It’s just a shame the quality of the snaps are mediocre. There are two main issus. First the detail levels aren’t very good, which is probably due as much to deficiencies in the camera’s lens as it is to do with the sensor, but it’s very noticeable when you transfer photos from the phone to your PC for more detailed inspection. Secondly, images tend to look a little bit washed out, lacking the intensity of colours to really make them look rich and vibrant.

Alongside the usual apps you get with Android, LG has chucked in a few of its own. Perhaps the most tightly integrated is the Quick Memo feature. This app sits in the notification tray ready to be called into action. It lets you write notes in freehand on the screen and save them as image files so you can recall them later. The app can also be undocked from the notifications menu so its icon floats on top of other applications.

It sounds quite simple, but it can be quite useful especially if you just quickly want to jot down a phone number or a shopping list. However, the small screen does limit the amount you can actually write on the display when you’re just drawing with your finger. 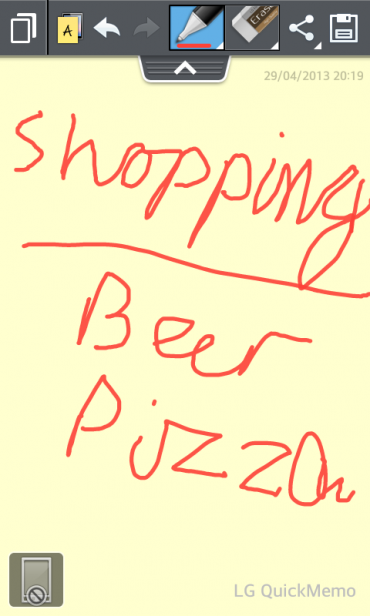 LG also includes the Polaris Viewer 4 app, which lets you view but not edit, Microsoft Office files, along with something called Safety Care. The latter is primarily designed for use by older folk or those who live on their own. It lets you set up the phone so it sends an emergency message to a contact if you haven’t used your phone for a set number of hours or days, and also lets you set up the handset so its automatically texts your location to emergency services when you place an emergency call. 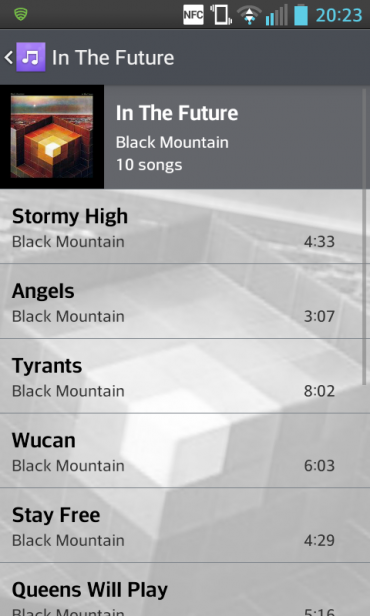 The LG Optimus L5 II E610 also comes with LG’s Music and Video players. The former is a pretty straight forward music playing app that supports stuff like album art and shuffle play modes, but not a lot else, while the latter is more interesting because it offers support for a pretty wide range of video formats including MP4, Xvid and HD MKV files. However, it doesn’t seem to be able to downmix multichannel soundtracks, which is a bit of a shame, so you’ll probably still need to get a third-party video playing app from the Google Play store.

The LG Optimus L5 II E610’s battery has a capacity of 1,700mAh, which is reasonably large given its relatively modest processor and mid-sized screen. Battery life is slightly above average as with the screen set to 50 per cent and using it for everyday duties like phone calls, Youtube videos and emailing, it lasted just over a day. 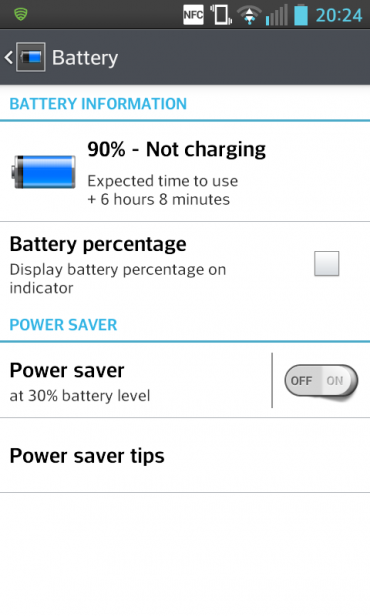 When it comes to connectivity the only thing this phone is missing is support for 4G – something that you wouldn’t expect on a handset in this price bracket anyway, but naturally it does support 3G for mobile data. It’s also good to see is that it includes NFC alongside Bluetooth, Wi-Fi and GPS, although LG doesn’t include any NFC tags in the box. Instead, you’ll have to purchase them separately.

The LG Optimus L5 II is a neat and compact little handset, with a vibrant screen and good battery life. It has some neat features too, including its Quick Memo app and the voice activated shutter for the camera. However, we wish LG had given it a bit more grunt in the performance department, as it can feel a little bit underpowered at times.