ZTE has produced some excellent budget phones in the past. We salivated over the original Orange San Francisco, which was essentially just a rebadged ZTE Blade, and also took a shine to the Orange San Francisco II, which was really the ZTE Crescent in Orange colours. More recently though, rival Chinese telecoms giant Huawei has stolen some of the limelight with budget handsets like the Huawei G300 and Huawei G330. ZTE is on the fight back though, and appears to have a winner on its hands with the ZTE Blade III. It costs just £79.99 on PAYG from Virgin Mobile yet offers an impressive 4-inch screen, 5MP camera and 1Ghz Snapdragon processor. Is this enough to stand up to the budget competition?

For an £80 phone the ZTE Bade III’s design is remarkable. It blows the more expensive Huawei G330 clean out of the water in terms of looks, with the phone benefiting from a premium feel thanks the way ZTE has combined a piano black bezel around the screen with a chrome band on the top and sides of the handset. Admittedly this does give way to a slightly less premium secondary band that’s finished with a plasticky, silvery effect, and which doesn’t look anywhere near as high quality. Nevertheless, the lock button at the top is easy to reach with your index finger when you’re holding the phone single-handed and the volume control on the left hand edge isn’t as spongy as some other phones that we’ve used. The rubberised battery cover also apes high-end handsets like the HTC One X and should make sure it doesn’t slip easily from your grasp. 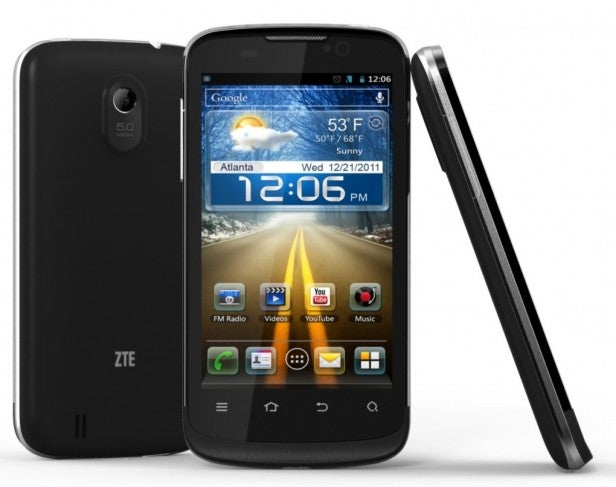 Beneath the screen you get four touch buttons rather than the usual three that now adorn most Android handsets, so sitting alongside the Menu, Home and Back buttons there’s a Search key. It’s not exactly an essential extra, but it can still be quite handy to have, especially if you want to quickly jump to search in the Gmail app or on the homescreen, for example.

You can prise the back off to get at the removable 1600mAh battery or the full-sized SIM card slot, and there’s a microSD card slot here too. Thankfully you don’t actually have to remove the battery to get at the latter.

Apart from the impressive styling, the other thing that stands out at you when you first clap eyes on the ZTE Blade III is its screen. The 4-inch display really is top notch. You’ll struggle to find another £80 handset with a display that has a 480 x 800 pixel resolution, but even more pleasing is the fact that its viewing angles are actually reasonably good, unlike most budget handsets which have really tight viewing angles that make them difficult to read unless you’re staring head-on at them. 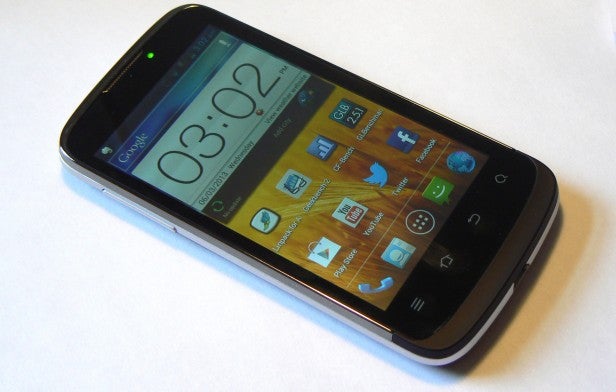 The ZTE Blade III’s display looks fairly bright when used indoors, and colours are much bolder and more vivid than on the vast majority of budget phones, so videos actually look top-notch. Its black levels aren’t quite as deep as higher-end mobiles, but this is difficult to spot unless you’re looking at it back to back with a higher spec and higher priced handset. However, used outdoors the screen does wash out, so you’ll often find yourself diving into the menu to boost it’s brightness on sunnier days, something that does cut down on battery life a bit.

Used as our main phone for the review period
Reviewed using respected industry benchmarks and real world testing
Always has a SIM card installed
Tested with phone calls, games and popular apps
Next
Interface and Usability, Calling and Browser Review