While its Korean rival Samsung has picked up all the plaudits for its Galaxy range of mobiles, LG has struggled to garner much interest in its Optimus Android handsets. However, the company is hoping that its updated range will change all that and return it to the glory days of popular handsets like the Viewty models. Last year’s L5 suffered from a low resolution screen, but the company has addressed this on the LG Optimus L5 II E610, while also adding a faster processor, bigger battery and better camera. Is it enough to break it out of mediocrity, though? 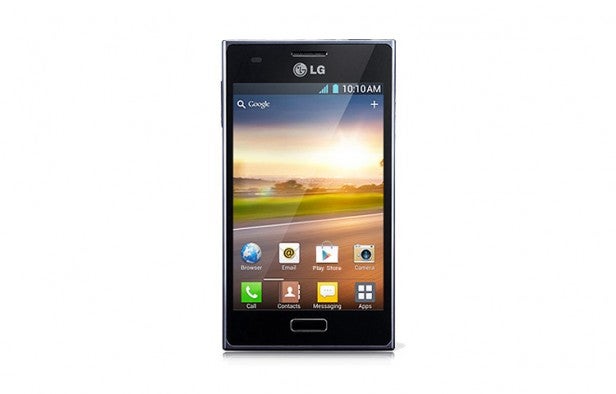 Even if it didn’t have the LG logo at the top of the display you could tell instantly that this is an LG phone, as its design is very reminiscent of the company’s older handsets such as the LG Viewty Snap. For example, it’s got a familiar black bezel that’s framed by a chrome trim that runs around the outer edge of the handset.

Thankfully, LG has made a few changes to stop the LG Optimus L5 II E610 design from looking overly dated. There’s now a ring of light surrounding the home button that glows with different colours to alert you to various events. For example, it flashes green when you’ve got a new email and cycles through green and teal when you’ve got an incoming call. The battery cover is also now finished with a brushed metal effect — although it’s actually just made out of plastic — rather than the roughened textured used on the older L5 model. 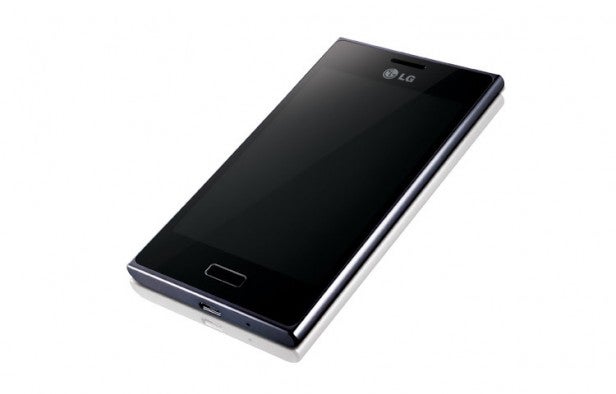 The design is a little bit boring to our eyes and the smooth plastic of the rear cover make sit feels a bit too slippery. However, because the phone is quite short and narrow, it fits snugly in your hand and all the buttons are within easy reach.

LG has also added a useful quick button on the top left hand edge of the phone that can be assigned to launch an app when it’s pressed. By default it’s set to launch LG’s Quick Memo app, but you can easily change it to something else, such as the music player or web browser via the settings menu.

For the L5 II LG has decided to go with a 4-inch screen, which isn’t surprising given the phone’s quite modest price tag. The display has a resolution of 800 x 480 pixels, which is pretty normal for a mobile with a display of this size. It doesn’t sound all that sharp next to the 1080p screens you now get on high-end mobiles like the Sony Xperia Z. However, due to the smaller screen size, text, pictures and icons still look very sharp and you can read headlines and even some body text on websites without having to zoom right in. 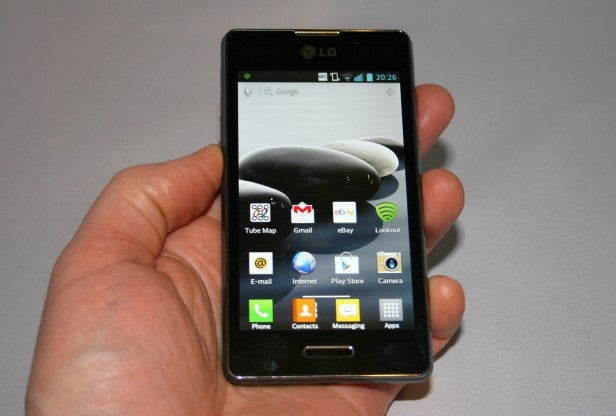 The screen is very bright and as it uses IPS technology, viewing angles are very wide, so it doesn’t wash out or go overly dark if you tilt the phone around in your hand. It’s a pleasure to use outdoors in bright conditions as its high levels of brightness stop it from looking washed out. Colours are bold and strong too, so pictures and movies look top-notch.

All in all, it’s a vey high quality display for a mobile in this price bracket. However, one problem is that the phone doesn’t have an automatic brightness sensor, so you have to manually adjust the screen brightness using a slider in the notification tab if you find you’ve set it too dim to be readable out doors. This is an odd decision on LG’s part as we can’t remember the last time we saw an Android phone that didn’t have this feature built-in.

Next
Interface, Calling and Browser Review